Catholic and non-Catholic Southerners alike have reason to mourn the loss of Father James Schall, S.J., who passed away shortly before Easter at the age of 91.

As an erudite representative of an older generation, Father Schall preserved for the benefit of the 21st-Century a perspective that has been largely swept away with the many communities and neighborhoods upon which said perspective stood.  A teacher at Georgetown University since the late 70’s, Schall sought to draw everyone he could into a kind of conversation with the greatest minds and spirits of the past.


More @ The Abbeville Institute
Posted by Brock Townsend at Monday, June 03, 2019 No comments: Links to this post

Via  Knuckledraggin' My Life Away


Former CIA Officer and whistleblower Kevin Shipp says what is going on in Washington D.C. with the “treason” against Trump is unlike anything we have ever faced as a nation. Shipp explains, “This is an historic battle between the President of the United States and what I call the ‘Shadow Government.’ Some call this the ‘Deep State,’ and that includes the CIA, the FBI and the NSA
.
President Trump is the first President to stand up against this Shadow Government. They have been spying on Trump since he was a presidential candidate. So, this is huge, it’s historic and nothing like this has ever occurred in any western government. . . . The Shadow Government has been controlling Congress, controlling the judiciary and controlling the President of the United States. No one has stood up against them until Donald J. Trump.  They did not figure on this, and he is not bound to this Shadow Government or their threats. Trump has got them quaking in their boots because they have been engaged in illegal surveillance. They have been engaged in a false counter-intelligence against the Trump campaign, literally planting spies in the Trump campaign. I can guarantee you they are scrambling like rats trying to get off a ship. Comey points fingers at Clapper, he’s pointing fingers at Comey, there’s Loretta Lynch and on and on. They are scared because if this stuff is declassified, the American people will see what they have done. For some of these people, this amounts to treason. They attempted a coup against a duly elected President of the United States.”

Prominent White South African Farmer Is Gunned Down in His Home While Having Dinner, Wife and Friend Survive Attack

Politicians have blood on their hands!

Prominent South African farmer Stefan Smit was the latest white farmer to be murdered on his farm. The farm has been in the family since 1896.


More @ The Gateway Pundit
Posted by Brock Townsend at Monday, June 03, 2019 6 comments: Links to this post

Deep sea fishermen reel in nearly $1 million worth of cocaine

It was not the catch of the day some fishermen were hoping for.

A group of fishermen reeled in an estimated 30 to 50 kilos of cocaine with a street value of nearly $1 million.

The fishermen pulled the bag in about 70 miles southeast of Charleston, South Carolina.
More @ WJCI
Posted by Brock Townsend at Monday, June 03, 2019 2 comments: Links to this post

Posted by Brock Townsend at Monday, June 03, 2019 8 comments: Links to this post

I want to tell you a story that you won’t read in the mainstream news. It is a positive story, about people from different backgrounds, who have different cultures, coming together to work for a shared dream. It is a story of people who know they are different from each other, but recognize they can still respect each other and work together. It is a story that could only happen because of the Southern tradition, the same Southern tradition almost always vilified in the corporate press by both leftwing and rightwing pundits.

In our highly politically polarized time, it is not a story the mainstream news will want you to hear.

Yet, it is a true story, and it just happened.


More @ The Abbville Institute
Posted by Brock Townsend at Monday, June 03, 2019 4 comments: Links to this post

The American Right of Revolution


The northeastern United States of the late 1820s were sufficiently prosperous to have a large group of “substantial citizens” . . . manufacturers and journalists interested in the cause of domestic industry, and their purpose was to influence the passage of a new tariff act.” For the most part these men were industrialists and focused on increased profits, not national stability.

The South was in economic distress at the time and the new, higher tariff “seemed to end once and for all any prospect of relief, and many [Southerners] were ready for outright rebellion, even as New England had been in 1814.”

For South Carolina to nullify a federal law it viewed as obnoxious and injurious to its citizens, was a full expression of the Tenth Amendment — inserted into the Constitution for an obvious purpose. The next logical step of an injured State would be peacefully withdrawing from a political union which no longer fulfilled the purposes for which it was formed. And if withdrawal was met with violence, revolution was next.
www.Circa1865.org  The Great American Political Divide

The American Right of Revolution

“Controversial as Nullification was in the absence of original records before 1828-1833, Americans still continued to believe in federalism and States’ rights. In the words of Alexander Johnston, “Almost every State in the Union in turn declared its own sovereignty and denounced as almost treasonable similar declarations by other States.”

Herman V. Ames in fact compiled a “collection of documents on the relation of the States to the Federal Government” in 1911. They were “selected especially,” he observed, “with a view to illustrate the development of the “compact theory” of the Constitution and the doctrine of “State Rights,’ State opposition to the Federal Judiciary, and the different phases of the slavery controversy, culminating in the secession movement.”

That we believe otherwise today, in Nullification’s unconstitutionality and [John C.] Calhoun’s and the South’s apostasy from the beliefs of the founders and framers, is explained by another and longer era of historical amnesia by which original intentions as described herein in length were not so much forgotten as between 1789 and 1819, but purposely misinterpreted both to nullify the Nullifiers of South Carolina and to establish a mythical history for a new nation in the making that was the central development of the years after the War of 1812 and until the Civil War.

While this more liberal-democratic-egalitarian-nationalist America was yet inchoate as the confused politics of the 1820s and 1830s inform us, it was there nonetheless in Jacksonian Democracy and nationalism and radical abolitionism which were, it is forgotten, minority movements. The union of the States persisted with the 18th century Whig-republican ideology still extant as the core set of beliefs within the misnamed Democratic party that was really republican with a small “r.”

The liberal-in-a-neo-Hamiltonian sense-Whigs of the 19th century co-existed long enough to make party politics interesting and popular and the preserve the old union of the States. If not republicans, most Americans before the Civil War remained at least federalists. Nullification may have come and gone, but the “right of revolution” continued to be accepted as an original intention and the ultimate means to preserve liberty.”

Posted by Brock Townsend at Monday, June 03, 2019 2 comments: Links to this post 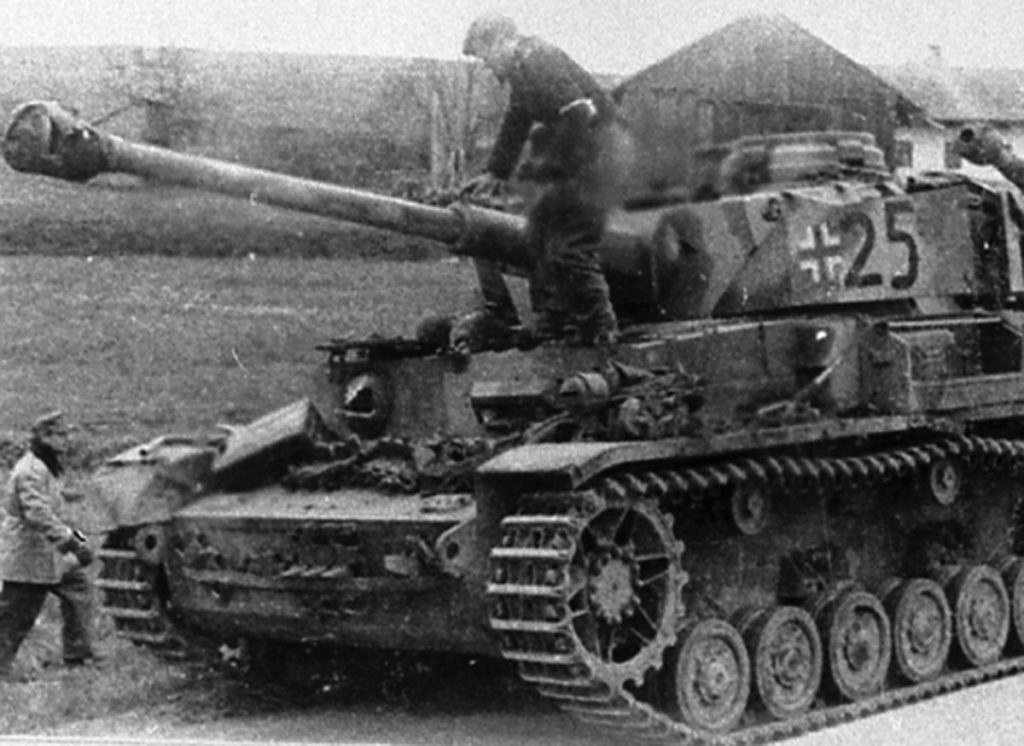 The German Panzer Division was arguably the most feared combat formation of the Second World War. These heavily armored and highly mobile units formed the spearheads that provided the world with its rude introduction to Blitzkrieg or Lightning War. In defensive applications, these armored units could respond to threats as they arose and bring heavy weapons to bear when and where the newly landed Allies were most vulnerable. For this plan to be effective, however, the Germans needed bold decisive leadership.

By June of 1944 everyone in France was wondering exactly when and where the Allies would invade.

Field Marshal Erwin Rommel, the Desert Fox, was in overall command of defensive operations in the West.

By the summer of 1944, everybody in Europe knew the British and Americans were coming.

Construction units swollen with slave labor and ultimately commanded by the legendary German Field Marshal, Erwin Rommel, had transformed the western coast of France into a fortress. However, military history is flush with examples of fixed fortifications being circumvented, crushed, or ignored. The real German defense hinged upon more mobile stuff.

During this week in 1971, a soldier engages in an action that would ultimately earn him the Medal of Honor. Staff Sgt. Jon R. Cavaiani had stayed with his men, even after he’d been directly ordered to leave. He managed to save almost everyone in his platoon—except himself.

Cavaiani found himself wounded and on the run for days on end. He was unfortunately captured by the North Vietnamese just before he reached safety in an American camp.

It all began on June 4, 1971, as Cavaiani led a mixed platoon of Americans and indigenous troops at an important radio relay site known as Outpost Hickory. The platoon came under attack. Cavaiani moved quickly, “rallying the platoon,” as his Medal citation says, “in a desperate fight for survival.”

Comey: AG Barr Isn't Dealing in Facts and Should Stop Peddling 'Conspiracy Theories,' Or Something 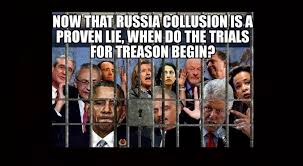 White House Chief of Staff Mick Mulvaney said Sunday that President Donald Trump is "deadly serious" about levying a 5% tariff on Mexican goods if the Mexican government doesn't step up enforcement of illegal immigration on the southern side of the border, and now it appears the Mexican government is serious about complying to avoid a trade war.

Posted by Brock Townsend at Monday, June 03, 2019 4 comments: Links to this post 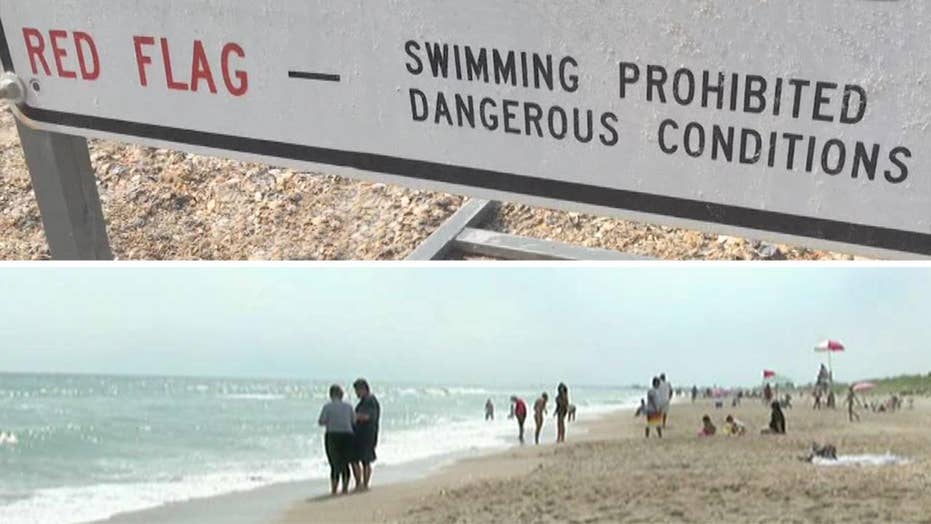 A teenage girl who lost part of her leg and suffered severe hand injuries after a shark attack at a North Carolina beach Sunday was freed from the fish's jaws when her father jumped into the fray and began beating the sharp-toothed terror.

Posted by Brock Townsend at Monday, June 03, 2019 2 comments: Links to this post