A preview by Benghazi security officer Kris “Tanto” Paronto of 13 Hours, the block-buster Michael Bay film that premieres on Thursday, raises dramatic new questions about the refusal by Secretary of State Hillary Clinton to authorize a military rescue of the besieged U.S. diplomatic facility and the nearby CIA Annex on Sept 11-12, 2012.

In a presentation at a conference organized by the Maryland Citizen Action Network last weekend, Paronto revealed that two AC-130H “Spectre” gunships were “on call” that night, both within range of Benghazi.

One of them was a six-hour flight away, co-located with a U.S. special operations team in Djibouti.
The other was at Naval Air Station Sigonella, in Sicily. “That’s a 45-minute flight,” Paronto said.

The Spectre gunship with its 25mm rapid-fire gatling guns, its 40 mm precision Bofors gun, and its 105mm canon is “good in urban warfare because you have little collateral damage,” Paronto explained.

In fact, it was just what the beleaguered security team needed. They could see the jihadis advancing on the Annex compound throughout the night and lit them up with lasers, which the airborne crew could have used for precision targeting purposes. On-line videos of the Spectre gunship in operation show that it can walk its cannons up narrow streets, killing fighters while leaving the surrounding buildings intact and people inside them unharmed.

Melania Trump would be a first lady for the ages

If Donald Trump manages to win the presidency, his wife Melania will be the first foreign-born first lady since John Quincy Adams’ spouse, Louisa.

She’ll also be the only one — as far as we know — who has posed nude.

Certainly the only one to pose nude on a bearskin rug on her then-boyfriend’s private jet, as Melania Knauss did in British GQ in 2000.

“We have incredible sex at least once a day,” Melania told Howard Stern that year. “Sometimes even more.” Trump boasted about how hot Melania looked in “a very small thong.”

Eat your heart out, Eleanor Roosevelt.

Girl, 17, is ‘raped’ and her 14-year-old sister sexually assaulted as she tried to save her from Muslim migrants at German public swimming pool

Via David "If that were my girl...People would be dead.  Randomly.  With messages saying GO BACK TO THE SHITHOLE WHERE YOU CAME FROM.

Any nation that does not protect its young girls, its future, is finished.
A growing body of evidence suggests German police are hobbled at every possibly opportunity by the Federal government from dealing with the criminal migrant problem, with one officer complaining they have even been banned from preventing suspects escaping custody….. (here)

This is Germany. German men will take the law into their own hands.
Girl, 17, is ‘raped’ and her 14-year-old sister is sexually assaulted as she tried to save her when group of Syrian migrants surrounded them at German public swimming pool

Three Syrian teenagers arrested in Munich for attack on girls at public pool
The three boys, all aged under 15, circled the two girls then groped them
One was arrested for rape and the other for assault, it has been reported
It comes as concerns grow over the New Year mass assaults in Cologne
Far right protesters vandalised ethnic shops during hate spree last night
By Corey Charlton for MailOnline, January 12, 2016


Donald Trump must be making the Republican inner circle squirm nearly out of their skins. They sent that simpering apparatchik Nikki Haley to jab at Trump in their answer to O'Bama's state of the onion -- wait, wait, make that Union -- message. Whether you like Trump or not, you ought to thank him for the amusement of watching these pencil necks writhe.

Why "pencil necks"? That's my name for 'em because so many Republicans get fat on government franchises -- like banking -- without ever having to work for a living. Got lily-white hands that ain't never even thought about a callus. Not that they got calluses on their brains from working them, either, they just get calluses on their index finger and thumb. Those are the digits they use to pull strings with.

Just so y'all don't get the wrong impression, I rank Democrats right there with Republicans as slimy members of the Reptile Kingdom. Somebody asked me today what I thought about what's happening to our country, I said, "Our country? My country's been occupied since 1865."

Of course, most everybody could say that now, even Northerners, with those aliens in Washington ruling us. I don't know whether they're from overseas or outer space, but they ain't from around here.
Posted by Brock Townsend at Wednesday, January 13, 2016 4 comments: 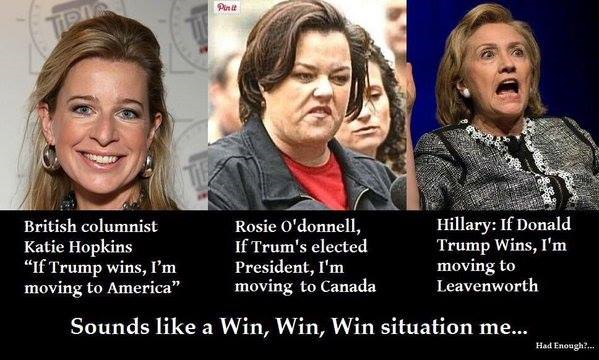 Via comment by Quartermain on Trump 'should deport' Nikki Haley


This officially blows the lid off the Republican Party. Nimrata Randhawa Haley is an open Invader-American; the Spanish version of her State of the Union response is pro-amnesty.

Governor Nikki Haley is trying to get out ahead of the building expose’.  Haley just gave a DC press conference claiming she does not support “amnesty”; however, against her earlier admission of Speaker Ryan and Leader McConnell approving the script – the Spanish version must have held similar approvals.

Governor Haley gave the English version, Miami Representative and party-insider Mario Diaz-Barlat delivered it in Spanish.  Here’s a (paragraph by paragraph) comparison as translated by the Miami Herald:

Five eastern European nations—Hungary, the Czech Republic, Slovakia, Poland, and Slovenia—have emerged as the greatest modern defenders of European civilization by undertaking to deploy armed forces to protect the Macedonian border while that nation finishes its border fence to halt the nonwhite invasion of Europe. 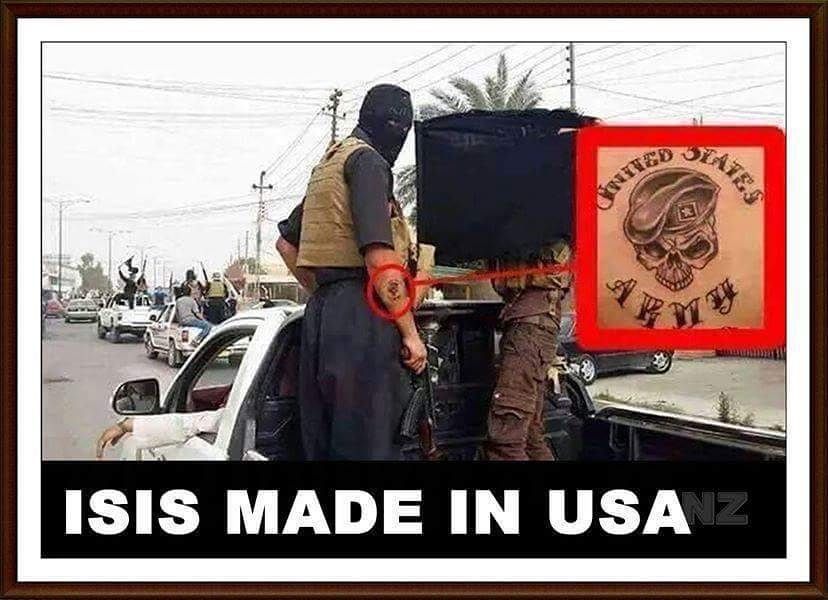 Rep. Steve King Walks Out on Obama SOTU – Didn’t Want to be ‘Lectured to’ 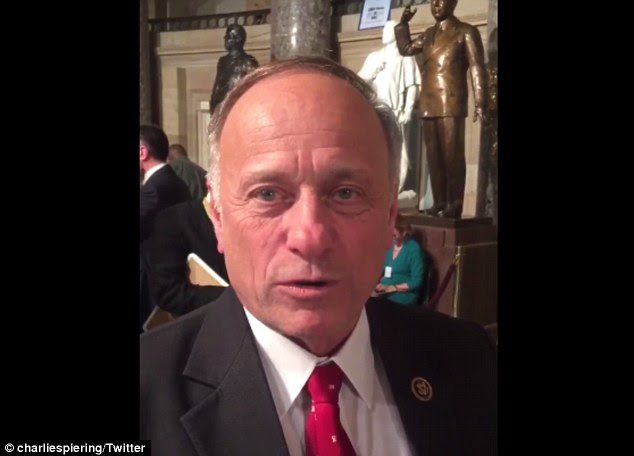 He took his oath of office twice on how to protect and preserve the Constitution of the United States and he’s done everything but even when he knew he was wrong. I can’t abide being lectured to one last time. This is my last chance to step out of there. And I’m going to go to the member’s chapel and pray for the restoration of the Constitution. 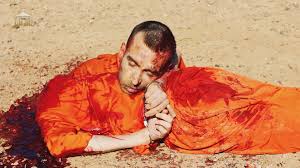 
Kristine Deskins
Moundville
A recent poll, expounded upon on the front page of The Tuscaloosa News, indicated Christians in the United States are less tolerant of Muslims practicing their faith. I have a big, fat response to that: Really? I wonder why? Obviously, it’s because their laws (religious practices) conflict with the basic freedoms and laws of our country.

I wonder why we don't want them to practice their religion here in the U.S.A.?

Posted by Brock Townsend at Wednesday, January 13, 2016 No comments:

Arizona Says “No” To Recording Cops… Even in Your Own Home

More fuel for the fire. Pile it on. The worse, the better. Burn, baby, burn! "The hour cometh... ." This sort of thing is what "progressives" would call "unsustainable."

Realistically, this is likely to wend its way through the courts anyway. If it passes at all. And how likely is that in an election year?

Also, there are the objections the writer raises--which will be raised in Committee as the bill makes its way through the process before getting to the floor--which I doubt that it will, at least not in this form. Bills hardly ever do.

And there is technology. Somebody--and I wish it could be me--will come up with an app that permits cell phone videos to be streamed live so that even if the coppers do confiscate or smash the phone, the video will be "out there" somewhere. Maybe in that "cloud" thing, wherever that is. Or if not there, then someplace.

There might be more to this story than we are told in this article, but from what we read here, I don't see that this bill has legs. Still, the very idea is outrageous. And we are now on the other side of the looking-glass, where wrong is right. But in an election year? 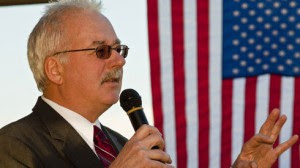 No surprise, SB 1054 was introduced by a Republican, AZ State Rep. John Kavanaugh of District 8 (see here for more about him). Even less surprisingly, Kavanaugh is an ex-cop. An ex New Jersey cop. New Jersey is a notably corrupt state, run by thugs like Chris Christie – who is known to have used his powers to abuse his political opponents (see here) and steer lucrative state contracts to family and friends like a real-life Tony Soprano (see here).

Here’s one that demands pushback – as much as can be sent its way.

Arizona lawmakers want to make it illegal – a criminal offense – to film cops on private property.
In (air quotes) your home.

The air quotes being necessary to impart the appropriate irony. 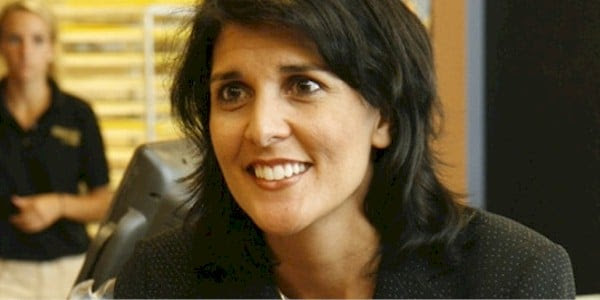 The Battle Flag and now this.  What a disappointment she and Rand have been.

Conservative firebrand columnist and pundit Ann Coulter came out swinging at South Carolina Gov. Nikki Haley for her perceived lame response to President Obama’s State of the Union, saying bluntly in a series of tweets Donald Trump ought to “deport” her.

“Trump should deport Nikki Haley,” Coulter wrote, slamming the governor for her views on immigration, which included an embrace of those who want to “work hard.”

As Coulter pointed out in another tweet: “Nikki Haley: ‘No one who is willing to work hard should ever be turned away.’ That’s the definition of open borders.”

But she was only getting warmed up, as the Hill reported.

Walk-ins allowed, not required to be affiliated with militia.

Parking in front lot only.
Posted by Brock Townsend at Wednesday, January 13, 2016 No comments:

Under federal refugee programs, the North Texas town has become home to more than 1,000 Mideast migrants – giving Amarillo the highest refugee ratio in the country.

“Our education system is overloaded with kids who can’t speak English. We have something like 22 languages spoken in our schools,” said William Sumerford, a local taxpayer activist.

City Commissioner Randy Burkett is considering a plan to halt further refugee settlements. But Mayor Paul Harpole isn’t optimistic about the city’s authority to push back.

“We’ve been a giving community, and it’s a huge disservice to bring in refugees in numbers that we’re not able to handle. We create small ghettos,” Harpole told Watchdog.org.