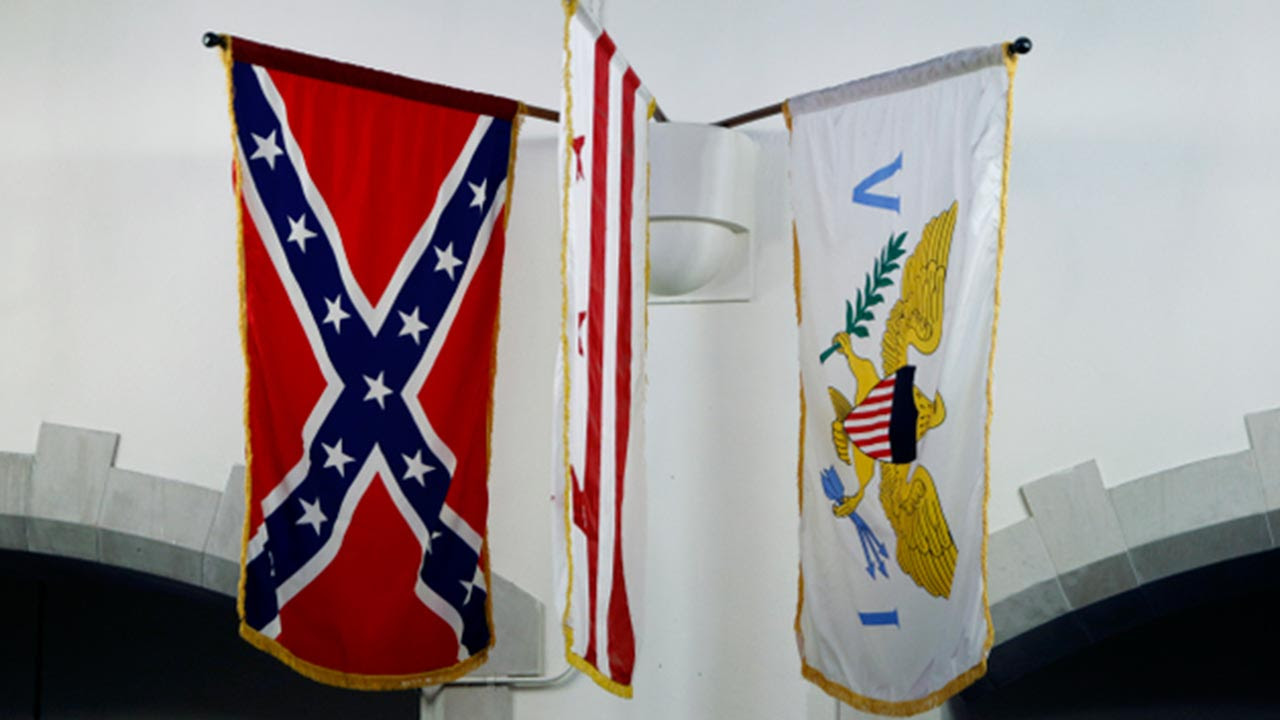 Bill Status : Under consideration by House Committee on Judiciary

Passage of Bill would allow removal of the Confederate Battle Flag and all Confederate symbols from Summerall Chapel at the Citadel.

Passage of this Bill will effectively dismantle SC Heritage Protection Act. It opens the door for local government boards, councils, and commissions to permanently remove all Confederate Flags, monuments, markers, and street names.

Immediate action required. Contact your legislators and let your voice be heard. Do it before it is too late. All SC Legislators information can be found on the Heritage Defense Page.

The Confederacy, Oscars, and Social Justice “Social Justice” is one of today’s manipulative phrases. In this case “justice” is defined as the equal distribution of wealth, opportunities, and privileges among all groups in a society. In past generations, the concept of “social justice” was referred to as “leveling”; a more accurate, and certainly more honest, description. Leveling is one of those Utopian goals often sought, but never attained. However, social justice zealots insist that until society’s resources and benefits are equally distributed, society’s defects will never be resolved. Coupled with this realignment of society is the discrediting of historical figures perceived as being out of step with today’s fashionable social trends.

Until fairly recently, the Lee family of Virginia has commanded the respect of the nation. Richard Henry Lee drafted the resolution proposing separation from England. His resolution led to the Declaration of Independence. Henry Lee III , known as Lighthorse Harry, was lauded for his bravery in the Revolutionary War – He was unanimously selected by members of Congress to write and deliver George Washington’s funeral oration. And, of course, Robert Edward Lee , Lighthorse Harry’s son, has been held in the highest esteem by Americans for a century and a half after his death.


More @ The Abbeville Institute
Posted by Brock Townsend at Thursday, February 11, 2016 No comments:

The Pistol and its Songbird

Posted by Brock Townsend at Thursday, February 11, 2016 No comments:

Cruz Runs Another Dishonest Anti-Trump Eminent Domain Ad But Doesn’t Mention He Supported It Too!


But Trump never bulldozed the woman’s home. It never happened.

The ad is based on a complete lie.

And then there’s this…

Ted Cruz also said he supported eminent domain – and it wasn’t that long ago. 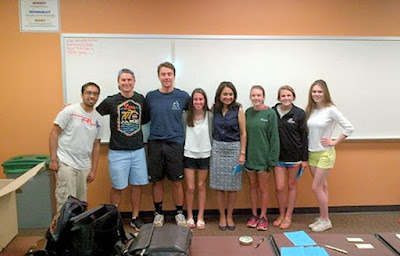 Please check Dr. Rosemary Stein's website for much more information about this amazing woman. And forward this to all your NC friends.  Dr. Stein has been touring NC for 2 years speaking about the psychological and educational damage Common Core is doing to our children.  As State Superintendent, she can get rid of it. Our current State Supt June Atkinson brought Common Core to NC and is president of one of the lobbyist groups that own the copyright to Common Core.  The choice is clear.  Thank you. 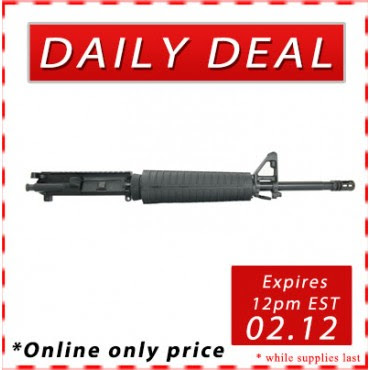 This area of Washington State appears to be a hotbed of jihad activity. An ISIS Muslim was apprehended not far from here yesterday.

The Clallam Bay Corrections Center was placed on lockdown after a correctional officer was severely attacked on January 28, 2016.

Why Industry Big Guns Have Faith In This Tiny Shooter 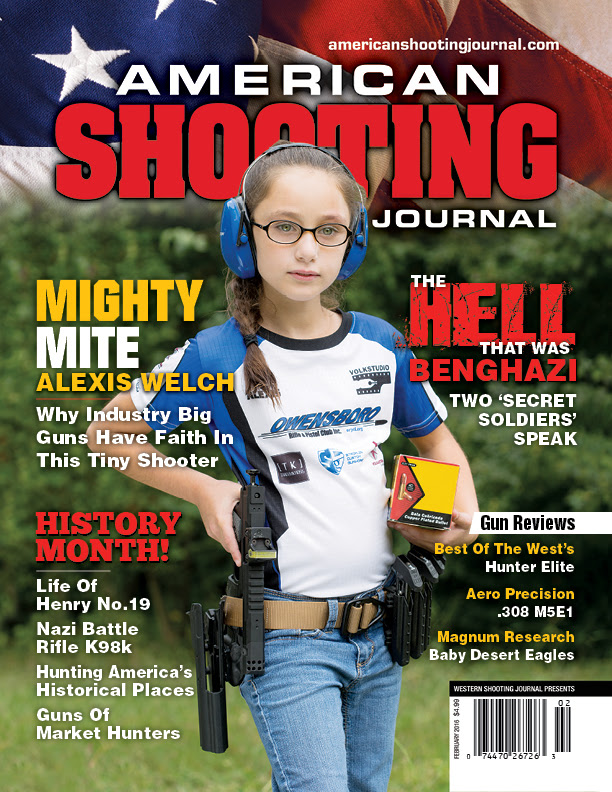 Some people are larger than life. They are rare. Even more rare are children whose accomplishments would make any adult proud. Alexis Welch of western Kentucky is one such kid. If a writer used Alexis as a book character, most of the readers would have accused them of being unrealistic – nobody is that multitalented, at least in the mundane world where most people live. And yet, Alexis is quite real and keeps getting more impressive by the day.lexis started shooting at age five.

Her grandfather Tryce “PaPa” Welch had already raised one competitor, his daughter Stephanie who became a professional motorcycle racer. Her career was cut short by an injury after a very promising start. Unlike her mother, Alexis had little interest in riding dirt bikes, but a keen desire to shoot guns.

The competitive aspects of marksmanship were a mystery to Tryce, so he educated himself and started training Alexis.

Via comment by Anonymous on LIVE call from Refuge -- FBI Siege Happening.

Nevada rancher Cliven Bundy, 74, was arrested late yesterday evening while exiting a plane at Portland International Airport on his way to Burns, Ore., a town located 30 miles south of the federally owned Malheur National Wildlife Refuge, the site of a months-long standoff between free-loving land owners and the U.S. government.

Celebrated for standing up to government land-grabs in 2014, Bundy has been charged with conspiracy to interfere with a federal officer, an allegation that reportedly stems back to his standoff with the Bureau of Land Management, which tried stripping he and his family of land-use rights they spent a century earning. The charges are identical to those filed against seven protestors (including his son Ammon Bundy) who occupied the wildlife refuge in protest of government overreach.


NewsTarget has received exclusive information that Bundy’s arrest, which was made using facial recognition technology and TSA goons, may not be isolated, but is in fact the first of many to come in an effort to silence those who obtained incriminating information about the BLM and its unlawful land grabs.

Humility: You're Not the Best Person in the Room!


Power And A Gentleman


"The forbearing use of power does not only form a touchstone, but the manner in which an individual enjoys certain advantages over others is a test of a true gentleman.

The power which the strong have over the weak, the employer over the employed, the educated over the unlettered, the experienced over the confiding, even the clever over the silly-the forbearing or inoffensive use of all this power or authority, or a total abstinence from it when the case admits it, will show the gentleman in a plain light.

A true man of honor feels humbled himself when he cannot help humbling others." State officials presented early results Tuesday of a new law that requires drug tests for welfare applicants. Of several thousand people who were screened, 89 people took the test and 21 of them tested positive.

The law requiring testing of any Work First recipient suspected of being a drug user was enacted in 2013 over Gov. Pat McCrory’s veto. After a year’s delay in implementing the law, the state began requiring the testing in August.

Of 7,600 applicants and recipients, about 2 percent were referred for drug testing. The 21 positive tests represent less than 0.3 percent of the people screened.

Work First is the state welfare program that offers short-term cash benefits, training and support services to families. In about 62 percent of Work First cases, only children get benefits — and no adults fall under the test requirement.

The Hillary Vote...Nope Not For Me!

LOOK THESE UP IN THE BOOKS AND PAGE NUMBERS CITED IF YOU WISH. EIGHT QUOTES FROM DIFFERENT BOOKS. 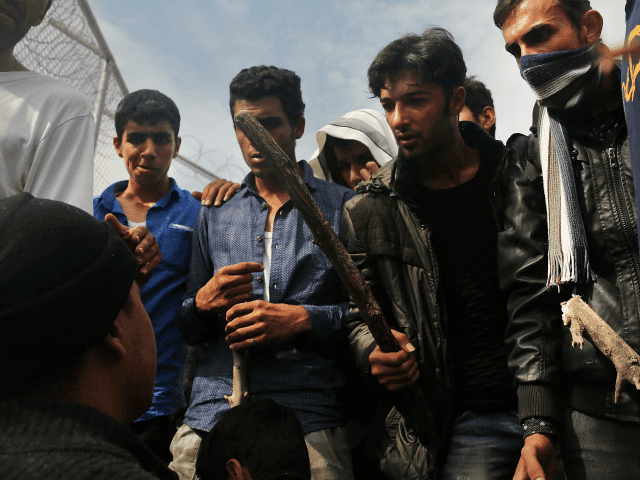 Christians, homosexuals and women are fleeing asylum centres in Germany in ever growing numbers due to acts of violence, intolerance and crime perpetrated by Muslim men.

According to German newspaper Die Welt, the violence toward ethnic minorities, religious minorities and women continues to skyrocket across German asylum centres. Muslim men tear up Bibles and assault Christians, sexually abuse women and children, and beat up homosexuals. The news has led to calls from human rights campaigners to say enough is enough.

Via comment by Central Alabamaian on LIVE call from Refuge -- FBI Siege Happening. "What is this? Are these people lunatics? Arrested and booked for what?.....refusing to stay at his assigned 'cowering in position' place?"

According to the Multnomah County Jail, the 74-year-old Bundy was booked at 10:54 p.m.

Cliven Bundy is the father of Ammon Bundy, who led the armed occupation at the Malheur National Wildlife Refuge from Jan. 2 until his arrest Jan. 26 during a traffic stop. Cliven's other son, Ryan Bundy, was also arrested during the same incident. All three Bundys are now in the Multnomah County Jail.