A Sympathy for Disunion

Two years later, in May of 1794, with the country recognizing Washington’s leadership would soon be gone and Jefferson in the midst of forming a political party compatible with Democratic Republican principles, Senators Rufus King of New York and Oliver Ellsworth of Connecticut approached John Taylor of Virginia. Possibly because Taylor had refused to sign onto the Constitution and was now resigning his seat in the Senate, King and Ellsworth asked if he would help broker a split of the young Republic along sectional grounds.

Their reasons were clearly stated: North and South would never agree on the direction of the central government and “… a dissolution of the union by mutual consent, was preferable to a certainty of the same thing, in a less desirable mode”. Taylor declined and sent a letter to Madison of the inner turmoil in the northern Senators.


(What a crying shame this wasn't acted upon.)

A Sympathy for Disunion

“This, Mr. President, is not a government founded upon compact; it is founded upon the power of the people. They express in their name and their authority, “We the People do ordain and establish,” etc, from their ratification alone it is to take its constitutional authenticity; without that it is no more than tabula rasa.

“I know very well all the commonplace rant of State sovereignties, and that government is founded in original compact. If that position was examined, it will be found not to accede very well with the true principle of free government.” James Wilson, 11 Dec 1787, Pennsylvania Ratifying Convention
“I am sure they were fully impressed with the necessity of forming a great consolidated government, instead of a confederation. That this is a consolidated government is demonstrably clear.”


A Yen for Independence

..........solely based on their gender identity, noting it should not “preclude” them from service.

Carter made the comments at a town-hall event in Kandahar, Afghanistan, in response to a question from Navy Lt. Cmdr. Jesse M. Ehrenfeld, a doctor, about transgender soldiers serving in an “austere environment” like the one in Kandahar.

We have to admit one thing.  This makes “women in combat” look pretty tame.

” (W)e want to make our conditions and experience of service as attractive as possible to our best people in our country. And I’m very open-minded about — otherwise about what their personal lives and proclivities are, provided they can do what we need them to do for us. That’s the important criteria,” Carter said. “I don’t think anything but their suitability for service should preclude them.”

Yeah right.  In order to get more women into combat arms billets the military has been forced to reduce the physical requirements for them.

How ‘bout a Little Bourbon with Your Philosophy? 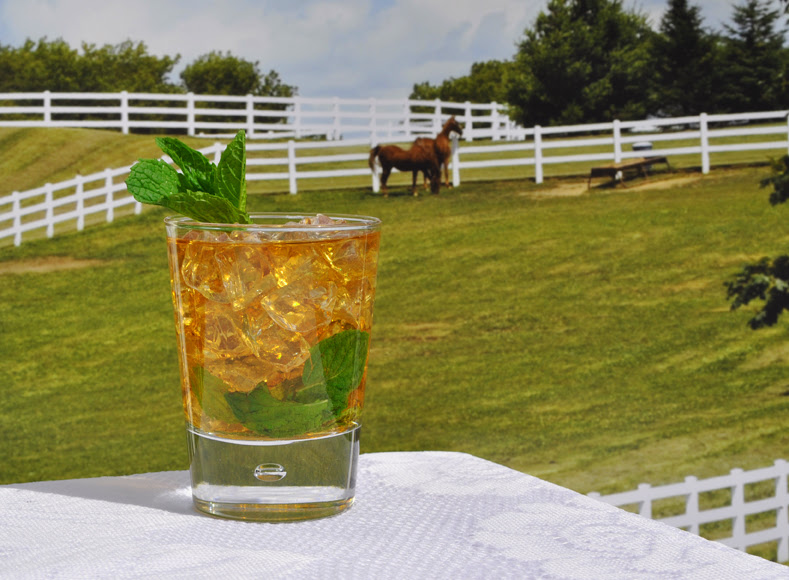 What exactly makes the South, the South? Hosts of scholars have puzzled mightily over this one.

Historians might point to the old Confederacy, human geographers might look for the proliferation of Southern Baptist Churches, as well as clusters and distributions of BBQ joints and firearms ownership, while linguists ponder over the prevalence of “y’all” and other Southern speech patterns.

The Academy is a nervous, for you see, the South seems to be slowly disappearing. This means coming up with new villains, and perhaps even more hysterical fulminations on how slavery in the southern United States is the root of all evil: past, present, and future. Yes there is grant money and tenure at stake here too, though one might justly believe that the South was studied and analyzed into an early grave. But really the South, however ill-defined, does seem to be disappearing.

Let’s have the evidence you say? Well, here goes.


More @ The Abbeville Institute
Posted by Brock Townsend at Friday, February 27, 2015 No comments:

Why Would MO Auditor & Gubernatorial Candidate Tom Schweich Kill Himself Right After Inviting Reporters to His Home? 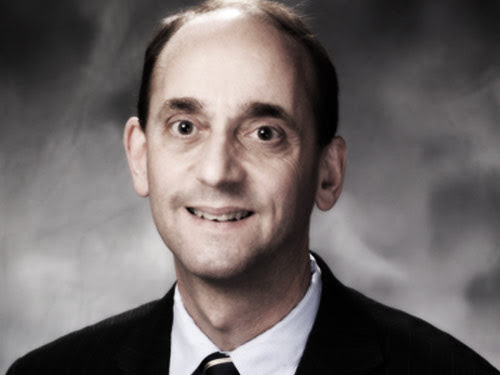 It’s all over the news today that Republican Missouri Auditor Tom Schweich, a man who had just announced he planned to run for governor last month and who had just invited reporters to his home yesterday afternoon, was shot and killed yesterday morning at his house in an “apparent suicide.”

Police have declined to comment on whether or not there was a note, what type of weapon was used, or where the wound landed at this time.

It’s odd timing considering not only his recent announcement that he would run for Missouri governor, but Schweich had scheduled interviews later that same day at his home with both The Associated Press and St. Louis Post-Dispatch to break a story.

In fact, Schweich had just called St. Louis Post-Dispatch reporter Tony Messenger seven minutes before the 9-1-1 call went out from his house that he was shot.

What was he going to talk to Messenger about? According to the journalist, it had to do with a smear campaign against him within his own political party:

The United States Army is accused of spying on one of its own war heroes.

The Daily Beast reported that Will Swenson, a Medal of Honor recipient, came under investigation by the Army simply because he was referenced in a paragraph-long comment on Amazon.

The comment appeared in 2011 by Army Maj. Mathew Golsteyn about The Wrong War by former Pentagon official Bing West. In his comment, Golsteyn thanked Swenson. Golsteyn was a decorated Green Beret who was investigated over allegations of violating military protocol in the death of a Taliban bomb-maker in 2010. He was subsequently forced out of the Special Forces and lost his Silver Star award, even though charges were not brought up against him. 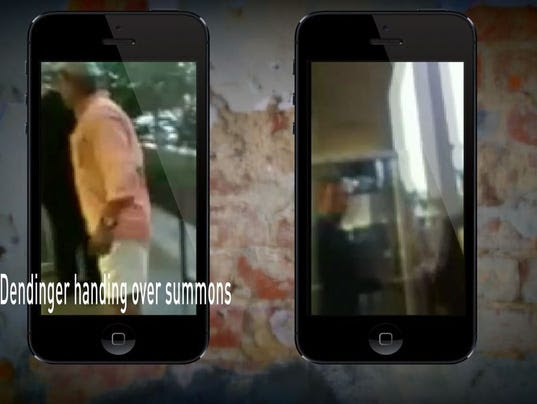 One of the worst days of Douglas Dendinger's life began with him handing an envelope to a police officer.

In order to help out his family and earn a quick $50, Dendinger agreed to act as a process server, giving a brutality lawsuit filed by his nephew to Chad Cassard as the former Bogalusa police officer exited the Washington Parish Courthouse.

The handoff went smoothly, but Dendinger said the reaction from Cassard, and a group of officers and attorneys clustered around him, turned his life upside down.

"It was like sticking a stick in a bee's nest." Dendinger, 47, recalled. "They started cursing me. They threw the summons at me. Right at my face, but it fell short. Vulgarities. I just didn't know what to think. I was a little shocked."

Not knowing what to make of the blow-up, a puzzled Dendinger drove home. That's where things went from bad to worse.

Pop Quiz: How Many Constitutional Rights Have We Lost? 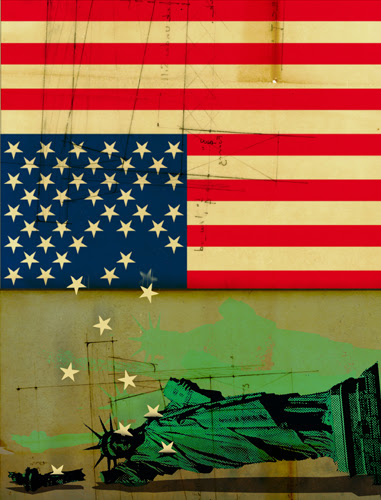 How Many Constitutional Freedoms Have We Lost?

This post explains the liberties guaranteed in the Bill of Rights – the first 10 amendments to the United States Constitution – and provides a scorecard on the extent of the loss of each right. (This is an updated version of an essay we wrote in February. Unfortunately, a lot of information has come out since then.)

The 1st Amendment protects speech, religion, assembly and the press:


Congress shall make no law respecting an establishment of religion, or prohibiting the free exercise thereof; or abridging the freedom of speech, or of the press; or the right of the people peaceably to assemble, and to petition the Government for a redress of grievances.


The Supreme Court has also interpreted the First Amendment as protecting freedom of association.
However, the government is arresting those speaking out … and violently crushing peaceful assemblies which attempt to petition the government for redress.

Conservatives rebelled in the House Friday afternoon, joining Democrats to defeat a bill to keep the Homeland Security Department open past a midnight shutdown deadline and leaving funding in doubt as all sides continued to fight over President Obama’s deportation amnesty.

House GOP leaders had hoped to earn a three-week grace period, trying to pass a bill to continue current funding through March 19, but Democrats insisted they would only accept a full bill that didn’t interfere with Mr. Obama’s amnesty, while conservative Republicans felt they were being set up for failure by their own leaders.

The short-term bill was defeated on a 224-203 vote, sending House Speaker John A. Boehner and fellow GOP leaders scrambling for a Plan B after 52 of his Republicans defected to join all but Democrats in voting against the bill.

More @ The Washington Times
Posted by Brock Townsend at Friday, February 27, 2015 No comments: 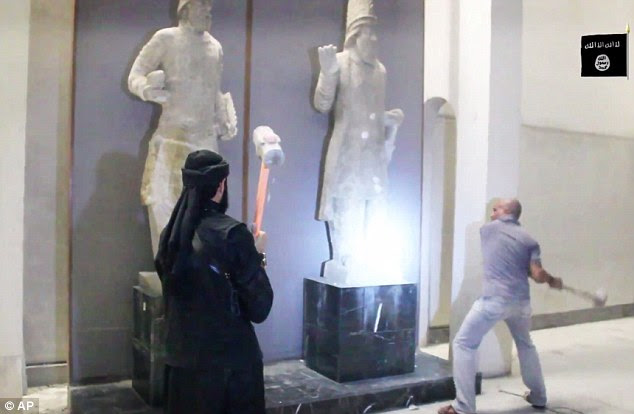 Islamic State thugs have destroyed a collection of priceless statues and sculptures in Iraq dating back thousands of years.

Extremists used sledgehammers and power drills to smash ancient artwork as they rampaged through a museum in the northern city of Mosul.

Video footage shows a group of bearded men in the Nineveh Museum using tools to wreck 3,000-year-old statues after pushing them over.

Via mind jog by Anonymous on  The Stainless Banner, January 2015

(If his attempt to kidnap Lincoln the year before had been successful, the South may have won it's freedom )

As the worst tyrant in American history and the man responsible for a war which killed over half a million Americans, snuffed out efforts at self-determination, and utterly destroyed half of the continent, Lincoln got what was coming to him on that Spring night in 1865. 'Sic Semper Tyrannis' were appropriate words indeed." 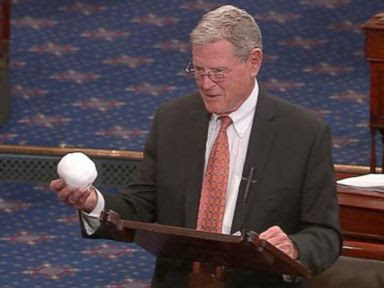 A senator on the Environment and Public Works Committee tossed a snowball on the Senate floor Thursday to demonstrate his objection to the theory of climate change.

Reaching into a bag, Sen. James Inhofe, R-Okla., pulled out a large snowball and raised it for those in the gallery to see.

"Do you know what this is? It's a snowball," he said, gesturing at fellow Republican Bill Cassidy of warm-weather Louisiana, "It's very, very cold out," he added.

Posted by Brock Townsend at Friday, February 27, 2015 No comments: 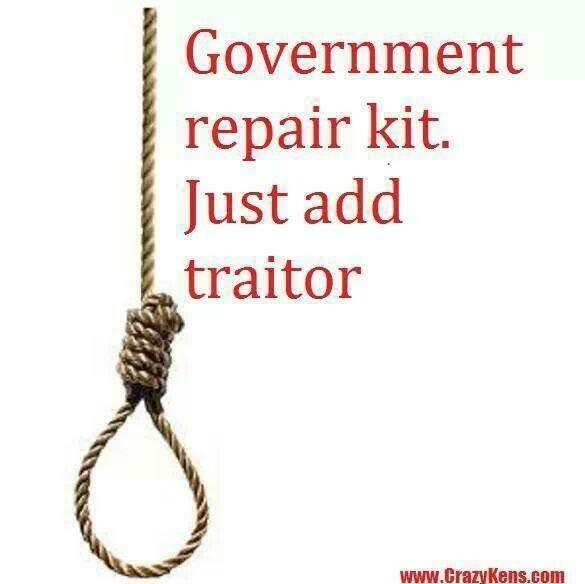 The Left's War on White America

Folks, I pray that what I am about to say will help open your eyes to the evil coming from the Left in our country (Democratic Party, Hollywood and the mainstream media). When you start teaching innocent little children to feel guilty for being born white, it can only be described as a war on white America.

I am black and very pleased with who God made me to be. Imagine the Left’s reaction to a white person saying they are grateful for God’s choice for their life. According to the Left, everyone (gays and minorities) are encouraged to be proud of who they are except white people.

I brought this up at dinner with white friends. I wonder how white America is dealing with the Left relentlessly trashing all things white? When will it reach a tipping point? My friends laughed, “Oh my gosh, Lloyd is becoming David Duke (white nationalist, former Grand Wizard of the KKK).” My friends were having a little fun with me. But one does have to wonder when whites begin saying, “Enough!”