Blood and War at my Doorstep (Volumes I & II)

Do you know of author Brenda Chambers McKean? A friend gave me a recent book by her (Blood and War at My Doorstep) and you (and I) are mentioned in the acknowledgments. Seems to be a solidly-researched book on the fate of NC civilians during the war, most interesting and well-written.

Eliza Nutt Parsley, wife of Lt-Col. William Parsley of the Third North Carolina, refugeed in Robeson County with her two small children where she thought herself safe from invading troops.  Her story of terror and near-starvation was recently re-told by reenactress Kelly Hinson in the living history, “General Hoke at Duplin Roads.”

“As the Yankee troops marched through . . . the counties, they set fire to the turpentine distilleries and barrels of tar along the trek, creating dense black smoke. Pine forests caught fire lighting their way at night. Early in March, Sherman’s men destroyed in Lumberton the bridge over Lumber river, otherwise known as Drowning Creek, in addition to the railroad depot and six boxcars.  Shoe Heel [present-day Maxton], located on the railroad had only a depot and one old turpentine distillery at the stop, which was demolished.

The Reverend Hector McLean, at Edinboro Plantation, had most of his possessions stolen.  The bummers must have thought they hit the jackpot because of the enormous bounty they took consisting of four mules, six horses, five cows, one hundred and twenty-four hogs, two-thousand bushels of peas, one hundred bushels of wheat, twenty bushels of rice, sixty-five hundred pounds of fodder, seven thousand pounds of bacon, sixty gallons of syrup, one hundred chickens, and twenty-five thousand fence rails.

Reverend McLean wrote “Antioch Church was greatly injured by Sherman’s army . . . our Sabbath School [library] either destroyed or taken away.”  For unknown reasons, the Lumber Bridge Presbyterian Church was burned after visits from Union troops.

The school was closed for students, but remained open to accept refugees.  While her husband was away, the enemy came and took twelve horses. The Yankees tried to persuade her slave, Uncle Titus, by bribing him with a pearl-handle knife to come away with them.  He refused. While at Floral College with her family [in early April], Mrs. Parsley received news of her husband’s death [three days before Appomattox].

To make matters worse, she had to leave her refuge because Sherman’s men burglarized the interior.  Another prominent refugee family from Wilmington, Dr. [John D.] Bellamy, stayed at the college.  They ran from the Federals only to collide with them again at Red Springs.  Bellamy’s daughters told after the war that their mother, in searching for food, scratched around in the ground for corn kernels dropped by the enemy’s horses while at Shoe Heel.”

G.R. Nye remembered as a boy when the Yankees were rumored to be coming. He said the family hid valuables in the walls, the silver over the porch, and the meat was placed in a niche over the top of the stairs.  Diarist Robeson inscribed, “March 12, 1865 . . . the Yankees paid me a visit. They searched to house for arms and ammunitions took all my hams and bushel and half and left.”

(Blood and War at My Doorstep, North Carolina Civilians in the War Between the States, Volume II, Brenda Chambers McKean, Xlibris, 2011, pp. 995-996)
Posted by Brock Townsend at Friday, March 28, 2014 No comments: Links to this post

I joined the VFW in Saigon as they had a chapter there.

More @ MECUM
Posted by Brock Townsend at Friday, March 28, 2014 No comments: Links to this post 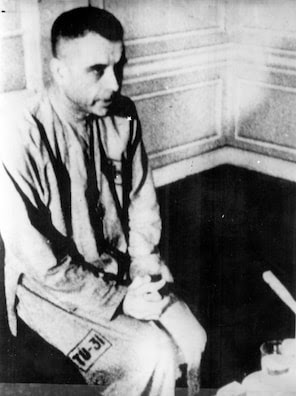 A man among men. Rest in peace, hero.

Jeremiah A. Denton Jr., a retired Navy rear admiral and former U.S. senator who survived nearly eight years of captivity in North Vietnamese prisons, and whose public acts of defiance and patriotism came to embody the sacrifices of American POWs in Vietnam, died March 28 at a hospice in Virginia Beach. He was 89.

The cause was complications from a heart ailment, said his son Jim Denton. Adm. Denton was a native of Alabama, where in 1980 he became the state’s first Republican to win election to the Senate since Reconstruction.


More with video @ The Washington Post
Posted by Brock Townsend at Friday, March 28, 2014 16 comments: Links to this post 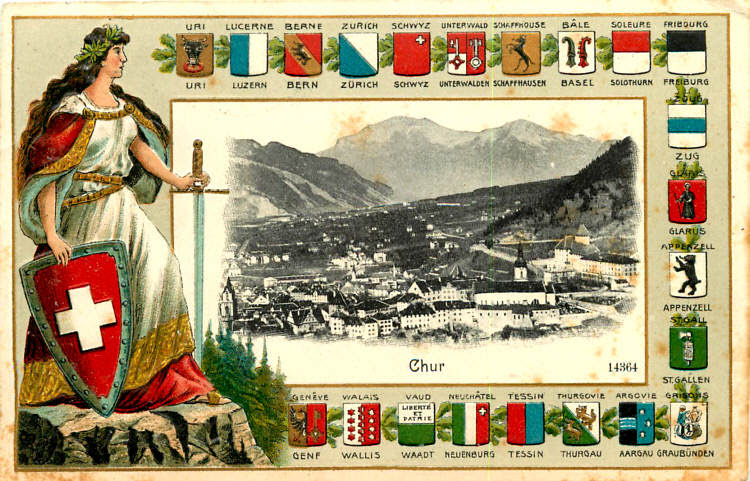 It may surprise some Americans to learn that almost one-quarter of the people living in Switzerland are foreigners. Even so, just over 50 percent voted last month to cap immigration, which, unchecked, could leave indigenous Swiss a minority in 50 years. Newsweek’s headline over the story was typical: “Switzerland’s Sudden Fear of Immigrants.”

Fear. Immigrants. The German publication Spiegel Online wrote also about “scaremongering.” The enlightened reader’s thought-bubble is now supposed to register the word “racism.” But was it really “fear of immigrants” – read: “racism” – that drove sufficient numbers of Swiss to the polls to check their own demographic extinction as a recognizable culture and nation-state? Or was it a nearly anachronistic instinct to survive as a recognizable culture and nation-state?

I see it as the instinct to survive – and applaud the Swiss for deciding to limit the influx of Europeans, Slavs, Muslims, Africans and others, whose demographic waves are otherwise sure to transform indigenous Swiss culture into a global multiculture. I also envy them for mustering this basic vital sign, this narrow-edged popular will to control their own borders. It is something that has all but flat-lined in America, where capping immigration – let alone halting it to attempt some measure of assimilation and economic resuscitation – is not even a part of the political debate.

Why isn’t it? In the U.S., the foreign-born population is now estimated to be around 13 percent, and it’s rising every year. This poses truly existential problems, particularly since the concept of “melting” into American culture was junked long ago – along with “American” culture.


More @ Diana West
Posted by Brock Townsend at Friday, March 28, 2014 No comments: Links to this post

From the Looming Cloud department: In Taki's Magazine John Derbyshire quotes Tim Wise, a white guy of positively asphyxiating virtue, to the effect that, what with high birth rates  among American non-whites, the country will soon, much to Tim’s satisfaction, be chiefly non-white, at which point the knives will come out.  The threat is clear:

Wise: “In the pantheon of American history, conservative old white people have pretty much always been the bad guys, the keepers of the hegemonic and reactionary flame….It’s OK. Because in about forty years, half the country will be black or brown. And there is nothing you can do about it.…We just have to be patient. And wait for you to pass into that good night, first politically, and then, well.…”

He makes clea, though unconincingly—he is worth reading—that the whites whose political demise he wishes are only those ol’ racist, conservative, etc. Not good whites, like Tim. See, once a dark majority is in place, all right-thinking whites, such as Tim, will live in harmony with the new rulers, who will be without racial hostility toward the pale minority. He is crazy as a bedbug in a moonshine jar. Races with little in common do not hold hands and sing Kum Bah Yah, however much we may wish it.


More @ Fred On Everything

Posted by Brock Townsend at Friday, March 28, 2014 No comments: Links to this post

A Modest Proposal for Green Energy

Posted by Brock Townsend at Friday, March 28, 2014 2 comments: Links to this post 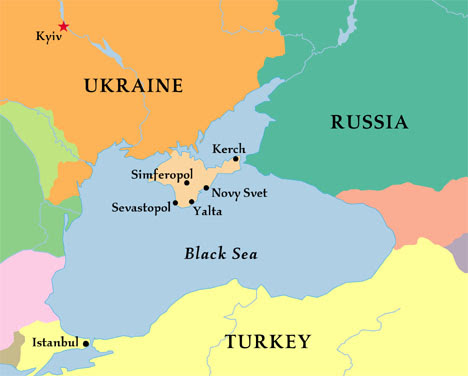 “It is difficult to imagine a worse time to provide military-grade technology employed by the U.S. Marine Corps, Army, and Special Operations Forces to Russia than when it has illegally invaded Ukraine Crimea (Illegally invaded or invited by the citizens after the US backed the overthrow of the previous legally elected administration of the Ukraine?)

Behind closed doors the U.S. government is giving Russia free military equipment—also used to train American troops—even after President Obama announced punitive sanctions against Moscow and, more importantly, a suspension in military engagement over the invasion and occupation of Ukraine.

The secret operation was exposed this week by members of Congress that discovered it in the process of reviewing the Fiscal Year 2014 budget and the proposed Fiscal Year 2015 budget request.

It turns out that the National Nuclear Security Administration (NNSA) has been providing the Russian Federation with the Multiple Integrated Laser Engagement System (MILES), the federal legislators say. The U.S. military uses MILES for tactical force-on-force training because it has a system of lasers and dummy ammunition to simulate ground combat.