A new museum in the German city of Hamburg has proven to be highly popular with tourists, offering as it does an often-hidden truth about World War II—that the Allies started the mass concentrated bombing of civilians, but in postwar propaganda always accused the Germans of starting the “blitz.”

The museum, located at the bombed-out ruins of the Church of St. Nicholas in the city center, was opened last year and is the first in Germany devoted exclusively to the suffering of Germans during the war.
The church where the museum is located was a central navigation point for the Allied bombers, with its high Gothic spire (still the second highest building in Hamburg) being easily visible.

British historian Richard Overy, who was consultant on the project, was quoted last year as saying that “it would put the destruction of Hamburg into context with an even-handed story of air-raids during the war.


As we reported, problems have surfaced in the case brought against six Baltimore police officers for their roles in the death of Freddie Gray, with one former prosecutor calling Marilyn Mosby’s prosecution “either incompetence or an unethical recklessness.”

And now we’re learning a little bit more about the background of one of the top people Mosby used to investigate the officers. In summary, Mosby’s investigator is a former high-ranking Baltimore cop who was “stripped of his command” and later Tasered during a SWAT raid on his home.


A federal appeals court ruled on Thursday that the telephone metadata collection program, under which the National Security Agency gathers up millions of phone records on an ongoing daily basis, is illegal under the Patriot Act.


The government has argued it has the power to carry forward with the program under a section of the Patriot Act, which expires in June. Lawmakers are locked in a debate on whether or how to renew the authority, which was first passed shortly after the Sept. 11, 2001 terror attacks on New York and Washington, but has been renewed by both Presidents Bush and Obama in the intervening years.

Documents confirming the program's existence were first revealed in June of 2013 with the leaks by former government contractor Edward Snowden.

Now We Pay For Our Refusal

We have, for years, listened to the NRA and others telling us that "it's ok" to have restrictions on open or concealed carry, "it's ok" to require permits, "it's ok" to have "gun-free zones" and that law-abiding citizens need to "pay respect" to those who demand that we disarm on a general and specific basis.

When the threat was simply criminals that might have sort of worked, although if you live in a high-crime area and can't realistically leave you might disagree.  Here's looking at you, Chitcago!

I have long advocated that the 2nd Amendment is very clear and leaves no room for interpretation -- it states that you and everyone else have a natural right to self-defense -- here, today, now, everywhere.  You have the right to keep and bear, that is, carry, the means of that defense with you everywhere, all the time for the simple reason that you cannot possibly know when you might need it.  You are the one who decides; openly or concealed, and what you wish to carry for this purpose whether it be a mouse gun in your pocket or a "Dirty Harry" magnum on your belt, a shotgun in the car or some combination.

Criminal sanction may, under any just set of laws, only be applied if and when you misuse the means of that self-defense to initiate aggression against others and at no other time; mere possession irrespective of when and how is not misuse any more than it is "misuse" to have a fire extinguisher on your person even though there is presently no fire.


More @ The Market Ticker
Posted by Brock Townsend at Thursday, May 07, 2015 No comments:

There Is No More Doubt: I Have the Proof That Ties Obama and the Democratic Party to the IRS Scandal 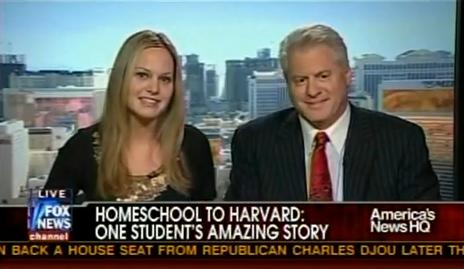 he IRS scandal just won’t go away – kind of like Watergate. The media knew about Watergate for months. It simmered and boiled, then it turned into a bigger-than-life scandal that destroyed Richard Nixon’s presidency.

Could that be how the Barack Obama IRS scandal is playing out?

Up until now, no one has been able to tie the IRS scandal to the Obama White House or the Democratic Party.

We’ve seen in the media that 6,400 of Lois Lerner’s missing emails have been found.

We’ve seen in the media that the IRS is once again trampling on the rights of taxpayers by dramatically cutting customer service, while lavishing IRS employees with bonuses.

We’ve seen in the media that the IRS is back to its old tricks, still trying to hurt conservative fundraising organizations – most recently challenging the tax-exempt status of Karl Rove’s Crossroads GPS.