Washington and Lee faculty vote to change the university's name 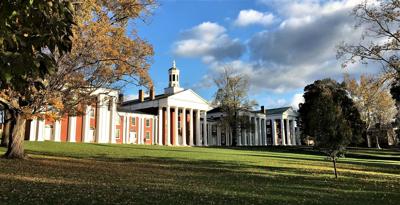 Washington and Lee University faculty passed a motion to remove Robert E. Lee from the name of the small liberal arts college in Lexington.

The motion — the first time for W&L faculty to make such a recommendation — will be sent to the board of trustees.

W&L President Will Dudley called a special meeting to discuss the motion at the request of the faculty affairs committee. More than 260 faculty members attended the virtual meeting late Monday afternoon and 79% of them voted for the motion.

America on the Edge of a Nightmare: Political Shadows of Cultural Madness and Freedom’s Loss

The November 2020 Election could effectively end the Constitutional Republic declared on July 4, 1776, and also close forever any chance of recovering it. The Democrat Party has become so thoroughly dominated by radical Marxist ideology that they are an extreme danger to freedom, future American prosperity, any resemblance to just government, and even national survival.
I do not believe Joe Biden will be the Democrat Presidential nominee. His increasing loss of mental competence is likely to result in his convenient replacement at the Democrat Convention or shortly thereafter.  The Democrats and their allied media are clearly making Trump-hatred their central issue, accompanied by opportunities to stir up racial tensions and white guilt. The less time the public gets to vet his replacement, the better for the Democrats. Perhaps no American thinker has suffered more in recent days than John C. Calhoun, whose work and personage are often dismissed by his critics for a single phrase attributed to him, diminishing the careful and complicated analysis he deserves. Critics of Calhoun simplistically suggest his statecraft and thought, as well as his critique of America, serve a single purpose: the protection of his native South, especially the institution of slavery.

In our current climate, when all things Southern can be attacked and dismissed regardless of the accuracy of the criticisms, comes Professor Christian Anderson, a professor of education (not an historian or social scientist) at the University of South Carolina, who offers a strangely misguided and inaccurate diatribe against the Great Carolinian.  In his manifesto against all things Calhounian entitled “Dismantling John C. Calhoun’s Racist Legacy,” Anderson essentially credits Calhoun as the source of all the ills of modern America.[1] He is very proud of his article, having submitted and published the article in three different leftist (and “in house”) publications.


More @ The Abbeville Institute
Posted by Brock Townsend at Monday, July 06, 2020 No comments: 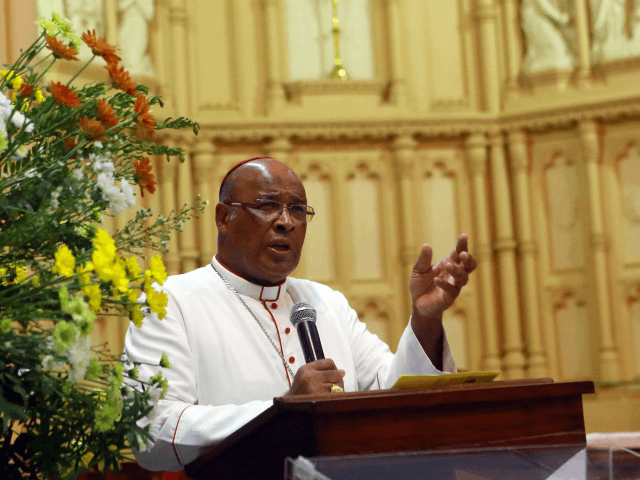 A South African cardinal has denounced the hijacking of Black Lives Matter (BLM), which is now “committed to dismantling the very values, structure and institutions” central to a healthy society.

Cardinal Wilfrid Fox Napier, the archbishop of Durban, South Africa, tweeted this weekend that a brief study of the founding statement of Black Lives Matter “indicates the movement is being hijacked by the interests and parties committed to dismantling the very values, structure and institutions which have over the centuries undergird the best civilisations and cultures!”

Atlanta Mayor On Death Of 8-Year-Old Girl: ‘We Are Doing Each Other More Harm Than Any Police Officer On This Force’

There isn't a single one of those cowards that has the balls to come forward and take responsibility. Not the one who pulled the trigger and not one of the low life parasites who witnessed this. If no one comes forward, then why not label all BLMs as accessory to murder and drag every one in for questioning - a month's worth?

Now, as a politician, are these the same people you wish to be known as associated with? Are you proud these same killers are the ones who support you? If so, then sacrifice your own kids and grand-kids first!

His career spanned almost 70 years and touched virtually every genre of music.

A message hit my inbox on Monday morning that shook my world. It was an email from Charlie Daniels' publicist who told me Charlie had passed away unexpectedly from a stroke. I was numb for a few minutes trying to process it.

Charlie had been a guest on my weekend TBN show just a couple of weeks ago. He talked passionately about his projects for veterans. No one loved them more than the legendary singer, songwriter and musician, Charlie Daniels.

His career spanned almost 70 years and touched virtually every genre of music from pop, southern rock, country and blues. He was an unmatched musician, capable of playing every instrument on the stage and doing it better than anyone else on that stage. 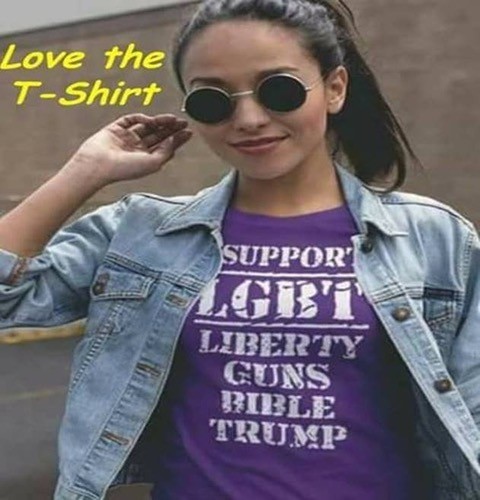 Many Americans old enough to remember the postwar 1950s think of those years with great fondness. After all, these were peaceful times when conformity and uniformity were common, and every family portrayed on television–families in which men worked and women tended the house and children–had smaller problems and plenty of support to get through them.

Jobs were plentiful, and many goods were made in the USA and affordable. Think about this: you could buy a brand-new Ford automobile for around $2,000, and the gasoline that fueled it was $.20 per gallon. The median home value was about $8,000, and you could enjoy a Philco TV in the living room for under $200!

Although much of the culture of the 1950s has been popularized via film and television, many still consider them to be the “Happy Days,” as shown in the popular 1970s sitcom. And many Americans continue to insist that it was also cheaper to live in those good old days. But was it really a more affordable time?


As gun owners, let’s travel through time through the decades to answer the question that has relevance for us:  Is it more or less expensive to own guns and buy ammo in 2020 than it was in 1950? The answers might surprise you: 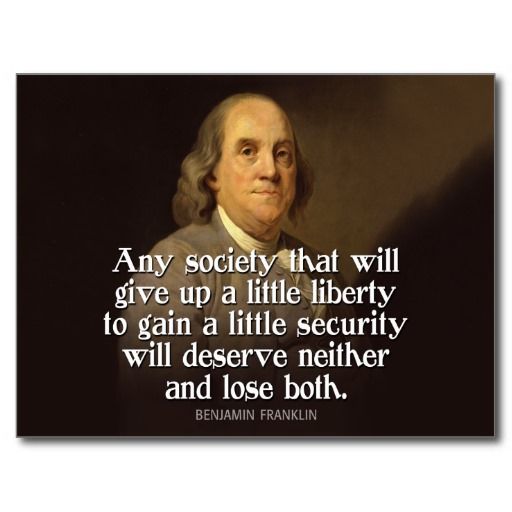 Dear Citizens of Eagar,Over the past several weeks I have been asked repeatedly what the Town of Eagar plans to do about Covid19, masks, visitors, riots, etc. It is somewhat alarminghow many expect and almost invite a more drastic infringement on theirfreedoms. My response from the onset of the Covid19 pandemic has been that we will erron the side of freedom. When riots began to riddle the country and our governor took the drastic measure of a statewide curfew, again, I maintainedthat we will erron the side of freedom. I have received numerous phone calls from reporters, citizens, visitors, and complete strangers to our area asking why the Town of Eagar has not cancelled upcoming rodeos andour 4thof July parade. Again,my response isthat Eagar will erron the side of freedom. What authority doesthe Town of Eagar, or any other state or local government,have to infringe on the rights of healthy law-abiding citizens? 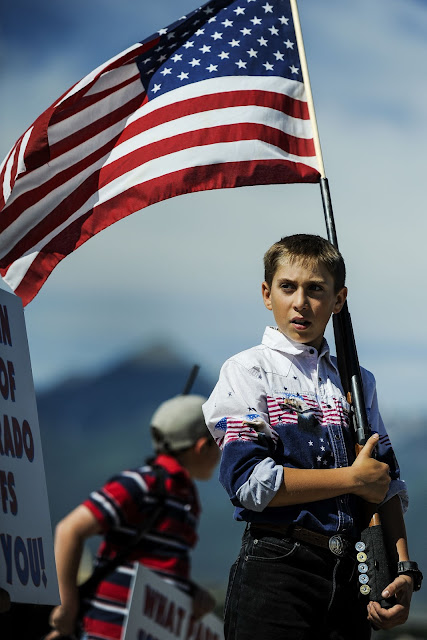 I took part in a "protest" on July 4th in Westcliffe, CO. They didn't need me. In a town of about 800, I was one of 1000 protesters. This protest replaced the Independence Day parade that was made too difficult to hold due to Covid 19, but everyone knows that Covid is not spread via protest, so it was a protest.

Over the past five years, Westcliffe has held the biggest "open carry" contingent to its 4th of July parade in the state, an aggravating fact to the communists in public office. The protesters fought back and prevailed as did the citizens of Alamosa, a town just over the Sangre de Cristo mountains from Westcliffe. As did citizens in a neighboring county. This is push back and it gives a sense of the power of the people to take back their lives and traditions from those who want to destroy it. But, it does not solve the problem.

Atlanta Mayor On Death Of 8-Year-Old Girl: ‘We Are Doing Each Other More Harm Than Any Police Officer On This Force’ & Father Of 8-Year-Old Killed Near Atlanta Wendy’s: ‘They Say Black Lives Matter. You Killed Your Own.’ 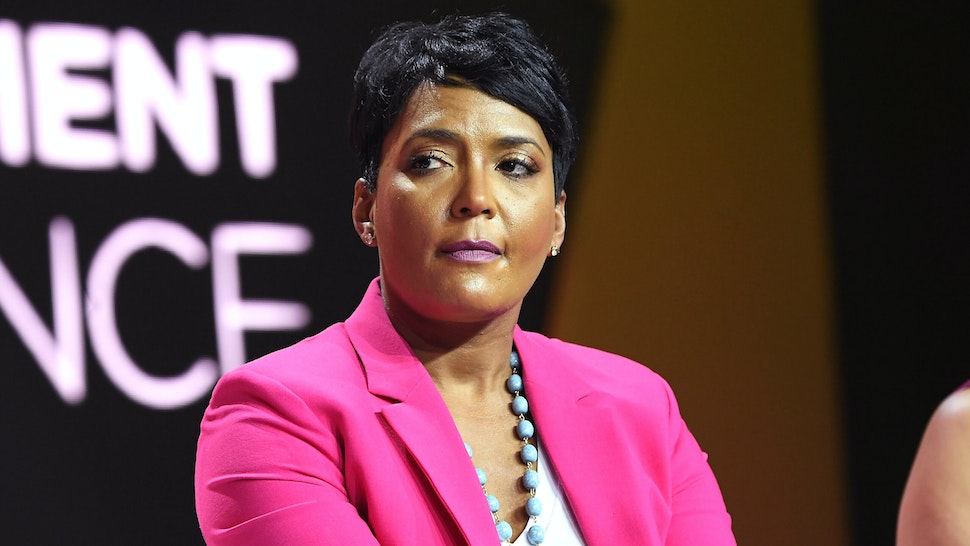 Atlanta Mayor On Death Of 8-Year-Old Girl: ‘We Are Doing Each Other More Harm Than Any Police Officer On This Force’ 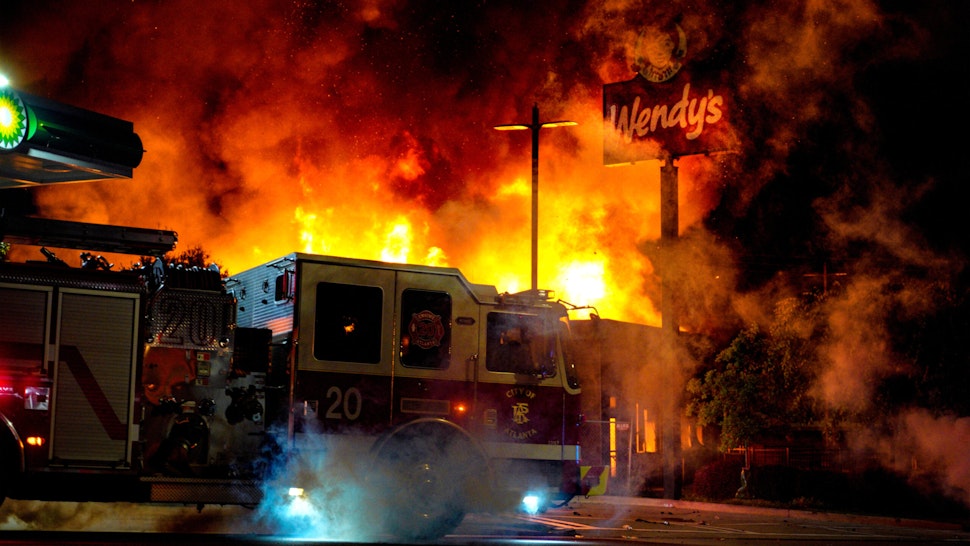 Father Of 8-Year-Old Killed Near Atlanta Wendy’s: ‘They Say Black Lives Matter. You Killed Your Own.’
Posted by Brock Townsend at Monday, July 06, 2020 6 comments: