Slavery In The North

African slavery is so much the outstanding feature of the South, in the unthinking view of it, that people often forget there had been slaves in all the old colonies. Slaves were auctioned openly in the Market House of Philadelphia; in the shadow of Congregational churches in Rhode Island; in Boston taverns and warehouses; and weekly, sometimes daily, in Merchant's Coffee House of New York. Such Northern heroes of the American Revolution as John Hancock and Benjamin Franklin bought, sold, and owned black people. William Henry Seward, Lincoln's anti-slavery Secretary of State during the Civil War, born in 1801, grew up in Orange County, New York, in a slave-owning family and amid neighbors who owned slaves if they could afford them. The family of Abraham Lincoln himself, when it lived in Pennsylvania in colonial times, owned slaves.[1]

When the minutemen marched off to face the redcoats at Lexington in 1775, the wives, boys and old men they left behind in Framingham took up axes, clubs, and pitchforks and barred themselves in their homes because of a widespread, and widely credited, rumor that the local slaves planned to rise up and massacre the white inhabitants while the militia was away.[2]

African bondage in the colonies north of the Mason-Dixon Line has left a legacy in the economics of modern America and in the racial attitudes of the U.S. working class. Yet comparatively little is written about the 200-year history of Northern slavery. Robert Steinfeld's deservedly praised "The Invention of Free Labor" (1991) states, "By 1804 slavery had been abolished throughout New England," ignoring the 1800 census, which shows 1,488 slaves in New England. Recent archaeological discoveries of slave quarters or cemeteries in Philadelphia and New York City sometimes are written up in newspaper headlines as though they were exhibits of evidence in a case not yet settled (cf. African Burial Ground Proves Northern Slavery, The City Sun, Feb. 24, 1993).

I had written one book on Pennsylvania history and was starting a second before I learned that William Penn had been a slaveowner. The historian Joanne Pope Melish, who has written a perceptive book on race relations in ante-bellum New England, recalls how it was possible to read American history textbooks at the high school level and never know that there was such a thing as a slave north of the Mason-Dixon Line:

A Fine Day for Honoring Heroes In Danville 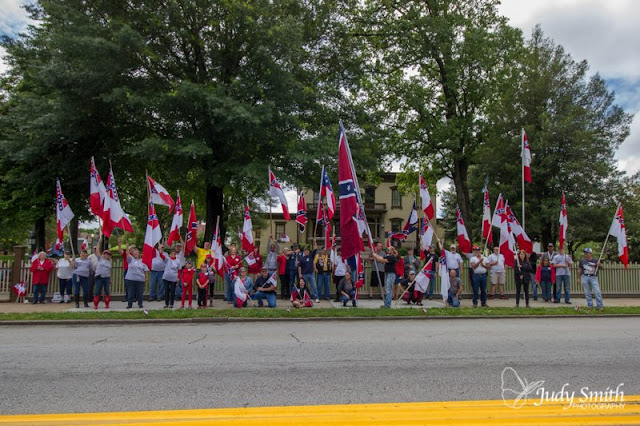 Early morning, Saturday, May 21st brought heavy rain to Southside Virginia, that tapered off just prior to the 10:00 a.m. scheduled start time for flagging at the Danville Museum of Fine Arts and History on the grounds of the Sutherlin Mansion, the home that served as the Last Capitol of the Confederacy.

The sun was shining by 11:00 a.m., when 54 folks had gathered on the sidewalk in front of the museum.  So many, in fact, that we were able to spread out and cover both sides of Main Street!


More @ The Virginia Flaggers
Posted by Brock Townsend at Friday, May 27, 2016 2 comments:

The Senate Intelligence Committee has overwhelmingly voted for a new – as yet secret – bill that would allow security agencies to examine a wider range of private data without obtaining a search warrant from a court. One senator has expressed outrage.
“This bill takes a hatchet to important protections for Americans’ liberty. This bill would mean more government surveillance of Americans, less due process and less independent oversight of US intelligence agencies,” wrote Oregon Democrat Ron Wyden on his personal website after being defeated in a 14 to 1 vote by the 2017 Intelligence Authorization Act committee this week. The legislation is now headed for a full Senate vote.

“Worse, neither the intelligence agencies, nor the bill’s sponsors have shown any evidence that these changes would do anything to make Americans more secure. I plan to work with colleagues in both chambers to reverse these dangerous provisions.”

Monday is Memorial Day holiday in the United States when the country honors its fallen soldiers and veterans. Oddly enough, this began in the South, in May 1865 when the ladies in Columbus (some say Georgia, some Mississippi) went to decorate Southern soldiers' graves. Since they were gracious Southern ladies, they honored both their own dead and Northern dead. They understood that death ends all hostilities.

In memory of those brave Southerners who fought a Second War for Independence, I will tell y'all the story of the Army of Tennessee's retreat from the Battle of Nashville. General Bedford Forrest was charged with covering the retreat, in bitter December. When he took command, he saw that his shoeless men had bleeding feet, cut by the ice on the puddles. Out of the chaos he commandeered wagons, and put these brave soldiers in them. When they came to a place where they had to stand and fight, they rolled out of the wagons and fought like furies on bleeding feet, then remounted the wagons and rode to the next stand.

If you come South and notice on every county's courthouse lawn a statue of a Confederate soldier, that's why. In their honor in Greensboro, Georgia stands this monument: "In honor of the brave who fell defending the right of local self-government."
Posted by Brock Townsend at Friday, May 27, 2016 2 comments:

Condition: Good. Metal with an overall gray patina mixed with scattered areas of dark spots. Powder pitting to the nipples on the cylinder and on the frame around the hammer. Hole in lower portion of each grip, presumably for a lanyard. Bore dark and dirty. Mechanically sound condition. 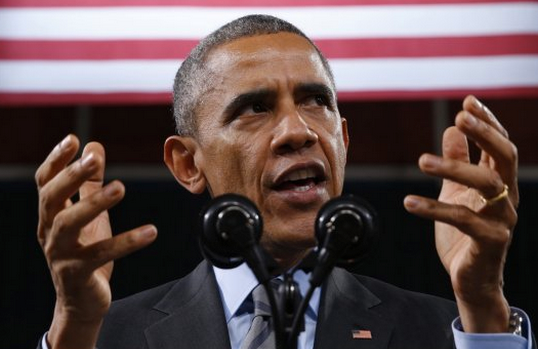 “No basis in law or logic.”

No wonder the Obama administration announced its new transgender mandate for school bathrooms across the country heading into a Friday, the traditional day for “information dumps” whereby government, hoping people are focused on the weekend, won’t really pay attention.

Or perhaps they, themselves, wanted a couple of days to disconnect from the Internet before they’d have to confront, on Monday, the massive onslaught their latest work has wrought.

How the Cult of the Kid Is Making America Not Great

Via comment by Quartermain on Trump’s Decision to Debate Sanders in California i..

There were likely no kids on board EgyptAir Flight 804 that crashed into the Mediterranean Sea, on May 19. Had there been kids on board, we’d be hearing about it a LOT.

Of the 224 people on board the Russian metro jet airbus—it crashed in March—17 were children. I know this because each time TV anchors reported about the plane that went down in the Sinai desert, near El Arish (once way safer because under Israeli control); they counted the kids.

The hallmark of an infantile even immoral society is the deification of The Child. Not for nothing did the Communist slave societies place kids in control of their parents. This is how one inverts the moral order, also the aim of Communism’s leaders.

Whiskey Myers "Where The Sun Don't Shine" #1 on TRRR 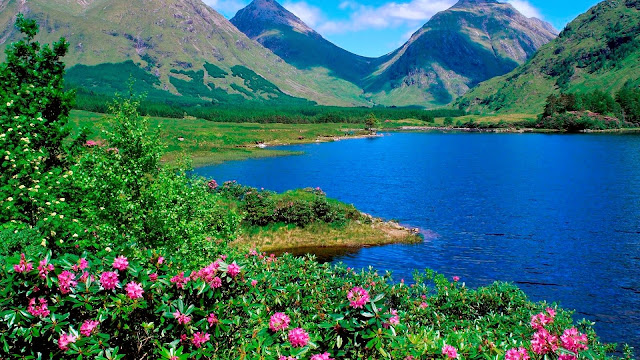 
Fran Porretto
Party Political Dynamics Made Simple
Paul Rosenberg
This Is - By Far - The Biggest Threat To Your Investments
Robert Gore
The Humungous Depression
Dr. Grouch
We Must Renew Our States Self Defense Have A Thoughtful And Reflective Memorial Day
Click here for the May 27th, 2016 edition.
Posted by Brock Townsend at Friday, May 27, 2016 No comments:

Via comment by Quartermain on Trump protesters drive up Trump's popularity 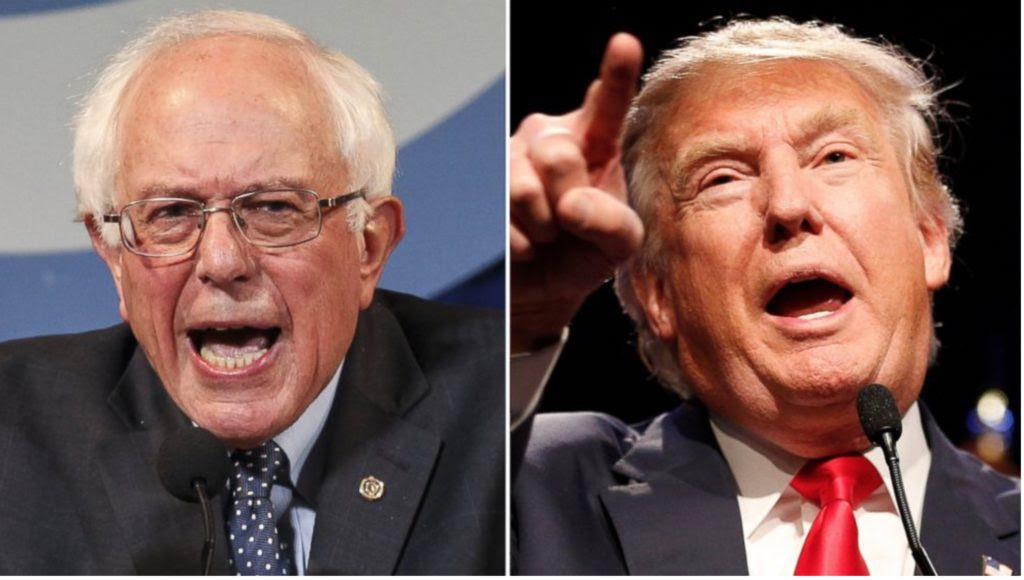 
If the Trump/Sanders debate proceeds as planned in California, you’re about to witness one of the most important moments of a 2016 general election that hasn’t even begun yet. To say such a debate would be an unmitigated disaster for Hillary Clinton would be the understatement of the century. Let’s explore why.

First of all, Hillary Clinton outright rejected a debate request from Bernie Sanders ahead of the June 7th California primary. Given Sanders’ recent momentum, as well as her need to persuade a significant number of his supporters to back her in November; such a denial was not only arrogant, it was highly insulting to voters in America’s largest state. From team Clinton’s perspective there was little upside to agreeing to a debate, versus easily manageable downside from a few days of negative media coverage. Or so they thought…


The above strategic thought process would’ve worked in almost every other election season and against any other candidate. Unfortunately for her, it doesn’t work in 2016, and it certainly doesn’t work against Donald Trump.

Syrian refugee, Daham Al Hasan (47), who has fled to Denmark, has 3 wives and 20 children, and he expects the State to pay for them as he cannot work, according to himself.

So far he has received approval to get one of his wives and 17 of his children to Denmark, after he arrived alone. 3 of his children are too old to get approved for (automatic) family reunification.

Daham Al Hasan says that he can not work or learn Danish at the moment because of psychological problems due to missing his children.

The state of New Jersey has denied a concealed carry permit to a Lieutenant Colonel who holds a Top Secret clearance and works at a U.S. Army arsenal that was recently the target of a terrorist attack.

Lt. Col. Terry S. Russell of the United States Army applied for a concealed carry permit almost one year ago, according to the National Review. He was denied by Oceanport Police Chief Daniel W. Barcus because he failed to show “justifiable need,” despite the fact that, as Russell explained in his application'

“Something startling is happening to middle-aged white Americans. Unlike every other age group, unlike every other racial and ethnic group … death rates in this group have been rising, not falling.”

The big new killers of middle-aged white folks? Alcoholic liver disease, overdoses of heroin and opioids, and suicides. So wrote Gina Kolata in The New York Times of a stunning study by the husband-wife team of Nobel laureate Angus Deaton and Anne Case.

The Middle Class Tax Relief Act, sponsored by Senate Finance Committee Chairmen Bob Rucho (R-Mecklenburg), Bill Rabon (R-Brunswick) and Jerry Tillman (R-Randolph), would increase the state’s zero percent tax bracket by more than 12 percent over the next two years. This means all North Carolina taxpayers, regardless of income, will pay no state income taxes on more of their earnings, as follows: