President Trump Orders a Halt to the Anti-White Racial Discrimination Practiced Throughout the US Government.

The same racial discrimination against white Americans, especially male, is endemic throughout corporations and universities.  In America the process of dispossessing white people of their self-respect is far advanced.  White Americans are so devoid of racial pride that they tolerate racial abuse that my generation would not put up with.

“America’s first black president” initiated the anti-white racist policy of  spending taxpayer money–essentially white money– to indoctrinate all white employees of the federal government that they are racists and must make amends.  Imagine the idiocy of the dumbshit whites who put the racist Obama in the presidency.  Will the dumbshits now put Kamala in the presidency?  Instead of voting her in, they should just cut their own throats.

If you want black lives to matter, try shopping at a black business sometime, Yankees, instead of burning and looting them. And if you want to share something of value with your black neighbors, I suggest Jesus rather than Kwanzaa. Christianity has always been good enough for black Americans. Kwanzaa, on the other hand, is the religion of Marxist murderers, and the 1619 Project is the a-historical rantings of race-haters with a twisted agenda and a horrific past.


Kwanzaa is an invented tradition. Billed as a kind of “black Christmas”—you can even buy Kwanzaa greeting cards at the store and mail them with Kwanzaa stamps—the odd holiday was created out of spite by a certain Ronald Everett in the 1960s in a fit of pique after the Watts Riots in Los Angeles. Kwanzaa begins the day after Christmas, but Kwanzaa is not the celebration of the birth of the Savior but a kind of faux-African harvest thanksgiving.

In other words, Kwanzaa is an attempt to replace Christmas with a racialist, pagan substitution meant to lure people into an anti-Christian militant mindset. It’s the perfect holiday for softening up a population for Marxist revolution.

This may sound like the typical marketing ploy of the race-baiter, and to be sure we have seen this schtick a thousand times before. But the audience for Kwanzaa, it is crucial to bear in mind, is not really American blacks, but Yankees. Yankees hold the reins of power in the United States, and so if they can be made to sufficiently loathe themselves–or more importantly the non-Yankee–then the Marxist revolution will be at hand.

The Battle of Athens, Tennessee

On August 1, 1946, a group of Southern World War Two veterans in Athens, Tennessee, fought and won the only successful armed insurrection in the United States since the War of Independence.

These brave men embodied that irrepressible Southern spirit, that martial valor and moral sublimity that suffused the souls of Dixie and her children for generations upon generations, stretching backwards in time through the annals of Indo-European civilization — that constitution which we fervently hope has not drained from our blood forevermore. The Battle of Athens stands, then, as a monumental event in the history of Southern, and thus Western, civilization, the fulfillment of an ancestral promise; so, too, does the Battle of Athens represent a call echoing through the ages to fall on modern ears that must not remain deaf — a call to actualize the destiny that our forefathers spilt so much blood, both their own and their enemies’, to leave to us.

“I rather think you now agree with me that this is no common war — that it was not going to end in a few months or a few years. For after eighteen months the enemy is actually united, armed and determined, with powerful forces well-handled, disciplined and commanded on the Potomac, the Ohio, the Missouri. I knew, and know yet, that the Northern people have to unlearn all their experiences of the past thirty years and be born again before they will see the truth.”

Property destruction was not the complete answer. Sherman was convinced of this, since the “guerilla” attacks continued even after the example offered in the fate meted out to Randolph. There was something lacking – an element to complete the new concept of war – if the part played by the people of the South was to be eliminated.  With acceptance of the fact that destruction of property was not the final answer, Sherman’s mind leaped the gap and seized on the solution – terrorism.

He would so thoroughly inject the shock of fear into the South that it would lead to its complete demoralization. Such demoralization would work like a slow poison, resulting in the paralysis of the Confederate armies through wholesale desertions of men returned home to assure the safety of their families. More important, dread would so sicken the people of the South that they would clamor for cessation, and to obtain relief they would exert every pressure on their government to end the war.

Here then, in Memphis, was the mold made. The months ahead would see it filled in: it would harden into the completed philosophy of total war, employing a program of devastation and waste, the turning loose on the countryside of a horde of pillagers and looters who would do their work systematically and well.”

Posted by Brock Townsend at Monday, September 07, 2020 No comments:

The full list is below and it includes at least one statement per company:

This is how Biden supporters treat elderly Americans.

“F*ck 12 and f*ck white people! You old dick!” one BLM militant yelled to a peaceful elderly white man sitting at a table.

A woman then marched over to the couple, grabbed a drink from their table and drank out of it! 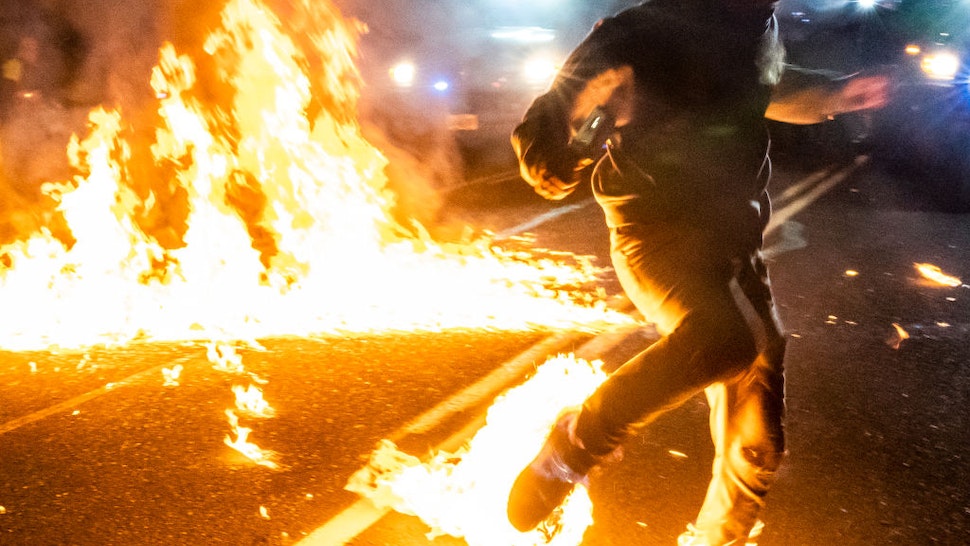 An owner of a gun shop in Sandy, Oregon, roughly 30 miles southeast of Portland, told the Times that he has sold 4.5 million rounds of ammunition since March, and that demand soared after the protests Portland became violent. He stated, “There’s panic buying every once in a while but nowhere near like this. There’s such a massive rush, people are taking anything they can get.” The Times added that the owner, “who has sold thousands of guns this year, estimates that 70 percent of customers in recent months are first-time gun buyers.”


On Saturday night, as members of Antifa rioted in a residential area in southeast Portland, someone on the crowd threw a Molotov cocktail, lighting a fire in the street and setting another protester on fire. That protester ran across the street with his pants on fire, falling to the ground where other protesters attempted to put out the blaze, which was extinguished when police rushed to his aid and an officer put the fire out.

Comment on Antifa Reality Check: This Is A Problem with RUF/ROE 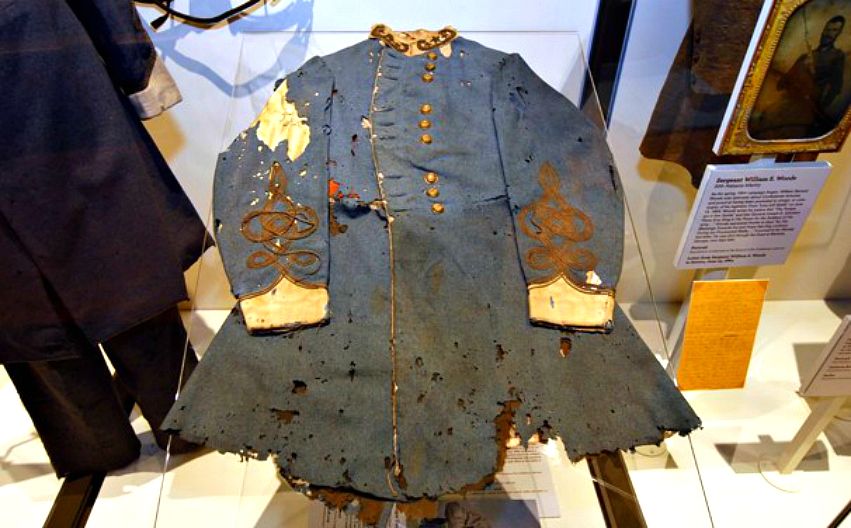 NamSouth
"Well, Govan, if we must die, let us die like men."
Gen. Patrick R. Cleburne

Antifa Reality Check: This Is A Problem with RUF/ROE

I wince when I hear conservatives and patriots talk about how the coming conflict with Antifa/BLM will be a turkey shoot over in 20 minutes. Antifa is more well-funded, organized, and equipped than most civilians are except for ex-military. Lasers, frozen water bottles, bricks, fireworks, strobe lights, superior networking and tactics are making monkeys out of LEOs and terrorizing entire cities.

Also, something not usually acknowledged, and what I have witnessed first-hand – Antifa has the support of many of our liberal/leftist neighbors; they won’t be in the streets with them of course, but they will provide intel on which houses to hit, possibly shelter for the rioters during the attack (which makes them fair targets by the way), and they will also dox conservatives to law enforcement, fabricating “threats to “public safety.” We need to realize that sympathy among “non-combatant” liberals for Antifa is more widespread than we think and plan accordingly… for example, I read a post today that claimed Antifa is successfully crowdfunding to buy body armor and equipment. It’s not linked here because I couldn’t verify it, but I don’t doubt it.

Most people under the age of around 40 can’t even spell “constitution” never mind having read it or understand it.

I leave this thread with 3 relevant quotes to consider:

“Good government generally begins in the family, and if the once moral character of a people degenerates; their political character must soon follow.” ― Elias Boudinot

“A man who has nothing which he is willing to fight for, nothing which he cares about more than he does about his personal safety, is a miserable creature who has no chance of being free, unless made and kept so by the exertions of better men than himself.” — John Stuart Mill, 1862

“Live free or die; death is not the worst of evils.” — General George Stark.

THE GREAT RESET: Davos & the Plot to Cancel Trump

Posted by Brock Townsend at Monday, September 07, 2020 No comments:

Antifa Reality Check: This Is A Problem with RUF/ROE

"The incident cited above in Portland is really only a problem because of rules for the use of force and rules of engagement.  The problem isn’t that Antifa/BLM are enemy forces (they are), but that prosecutors are enemy forces as well in such instances, and the police, who won’t act to stop the acts of violence because they are beholden to the politicians, will follow their orders to the letter and arrest you if a prosecutor says to do it because you defended your property with lethal force.

You see, this is all a problem of RUF/ROE.  It was for these guys in Portland, and it will be for you if you attempt to defend your property.

Unless people decide to change them.  And that’s what I expect to occur in the future.

Open confrontations in the roadway will cease after the arrest of Kyle Rittenhouse and others, and men standing outside of their businesses with ARs will be replaced by men hiding under Ghillie suits, around the corner, and using stand-off tactics and weapons from 400, 500, or 600 yards away, or even further.

This article is posed merely for analysis purposes and as a thought-experiment.  It outlines not what I recommend, nor what I wish to see occur, but what I strongly suspect will occur.

Good men, home owners, fathers who want to protect their families, and business owners, are progressively being backed into a corner.  I suspect they will not allow themselves to be put into a position of no escape from that corner.  At that point, the Antifa/BLM project becomes very dangerous for everyone involved."