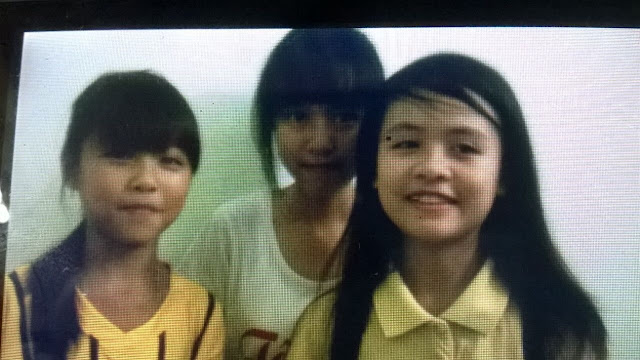 The three daughters of my sister-in-law Tuyết or Snow in English who lived with use for a year.
Left to right, Nhu 12,  Emily 17,  named after my mother and Mary 15 named after my Aunt Mary. The last picture I have of them was in 2005 at Dixie's birthday party in Cần Thơ.
Posted by Brock Townsend at Thursday, July 28, 2016 No comments:

Orban is right. He should be heading up the EU, if only to dissolve it.

“Hungary taunts Merkel over terror and says ‘our problem is not in Mecca, but in Brussels,'” by Nick Gutteridge, Express, July 28, 2016:

THE BITTER divisions ripping the European Union apart intensified today as Hungary launched an eviscerating attack on Brussels over migration and taunted Angela Merkel for failing to protect German people from Islamist terror.

In an astonishingly savage tirade the country’s leader Viktor Orban described the EU elite as serial “failures” and openly goaded struggling western European nations, describing them as “stagnated and incapable of change”.

The hardline Prime Minister called for a radical overhaul of the European project, decrying the growing loss of sovereignty to Brussels as a disaster and “one of the greatest threats in Europe today”.

And he issued a stunning rebuke to Mrs Merkel on migration, blaming recent terror attacks on the mas [sic] influx of refugees and saying Hungary no longer looked up to its near neighbour as a paragon of stability and common sense.

Via and comment by Anonymous on No Obama Bounce For DNC Day 3 Ratings As They Fall...
"ABC News says the DNC was more successful than the RNC. Look at all the empty seats and read the democrats were having to pay people to sit in the empty seats. What a joke."

You treat voters like they don’t matter and then you force your will on them and expect them to keep on accepting it like sheep? Sooner or later the people will wake up and tear at your foundation you thought was solid!
Posted by Brock Townsend at Thursday, July 28, 2016 4 comments:

The clip coincides with the launch of a new website where D'Souza answers critics who claim his movie distorts facts.

Hours before Hillary Clinton is set to accept the Democratic nomination for president, Dinesh D’Souza has released a scene from his documentary film Hillary’s America that compares the former secretary of state to Eva Peron, the Argentine politician famously accused of money laundering in the Andrew Lloyd Webber musical Evita.

The release of the scene coincides with D’Souza launching a website that he says debunks criticisms of Hillary’s America by offering evidence that what he says about her and her party in his movie is historically accurate.


More @ The Hollywood Reporter
Posted by Brock Townsend at Thursday, July 28, 2016 No comments: 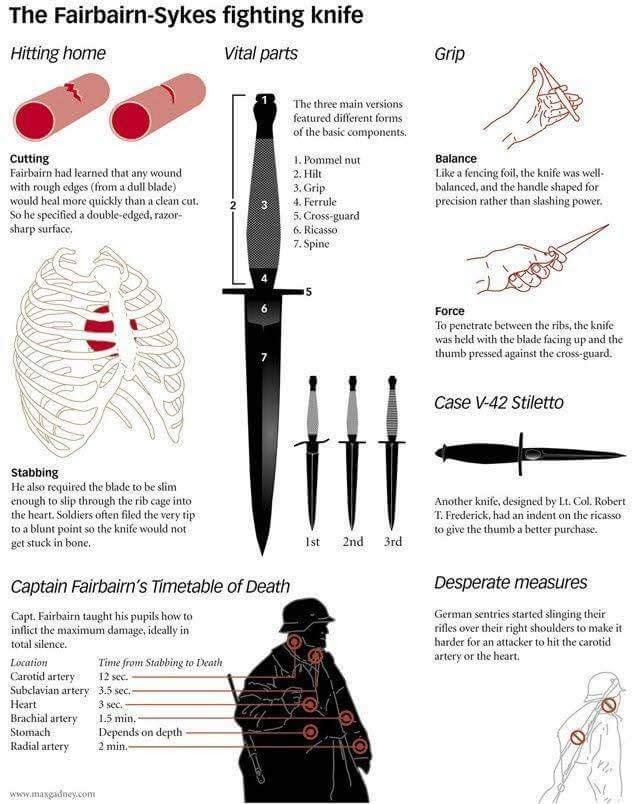 Recently, I read an article on surviving an edged weapon attack, where the writer spoke specific to knife wounds, as they related to unconsciousness and death, which I found quite troublesome given the fact that his numbers just did not reflect the empirical experience/data that I have witnessed over my 29yrs of being a law enforcement professional.

In this article, the author first quoted a book written by Captain W E Fairburn called “Get Tough: How to Win In Hand-to-Hand Fighting” published in 1942. On page 99 of this text (fig.112) Fairburn provides the following information specific to “loss of consciousness in seconds” and “Death” specific to knife wounds.

According to wikpedia.org, Snow Camp, North Carolina is a small unincorporated community with a large Quaker population. It doesn’t seem the kind of place where violent crime would threaten innocent life. Then again, who knows? Snow Camp is surrounded by larger cities and even the smallest towns in America are home to drug abuse, and attendant crime. Like this [via wncn.com]:

Kirk Puckett, a spokesperson for the Alamance County Sheriff’s Office, said two sisters, 12 and 13, were inside the home when they heard knocking on the front door.

Puckett said when they looked outside, they saw three unfamiliar men. He said the older sister grabbed her dad’s rifle.

The suspects then broke in through the back door. Puckett said the 13-year-old pointed the rifle at them, causing them to run away without taking anything.

It was like a political Coachella last night at the Democratic National Convention – and not just because Lenny Kravitz was playing. With star turns from Vice President Joe Biden and then primetime performances from VP hopeful Tim Kaine and then President Barack Obama himself, the Wells Fargo Center in Philadelphia was rockin’ – even more so when nominee Hillary Clinton made an onstage appearance at the very end to hug it out with POTUS – though it didn’t lead to ratings fireworks it seems in the early numbers.

O’Keefe Undercover With Outraged Dems at the DNC: Gets Assaulted

News recently broke that Hillary Clinton’s foundation is under IRS investigation, and at least part of that investigation centers on two companies.

House Republicans reported that Laureate Education and Uranium One have payed out (in the tens of millions) to the Clinton Foundation and in return have received legitimate government benefits.

The Russian Atomic Energy Agency, Rosatom, purchased in January 2005 a Canadian company — UrAsia — with uranium stakes stretching from Central Asia to Western America, reports the New York Times. This purchase made the Russian agency one of the largest uranium producers in the world.

Virtue and the Streets: A Dummy’s Guide to Police Work 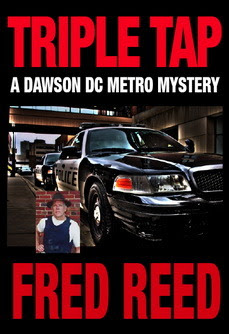 Encountering almost daily criticisms of the police by Pathologically Virtuous Whites of the sort one finds at Salon and NPR, many of these criticisms being nonsensical, I find myself wanting to ask these unpleasantly nice people:

Do you know any cops? Have you ever known any? I mean known them well enough  to have a beer with after work, or to invite to a get-together at your house. Have you ever really talked to a cop? 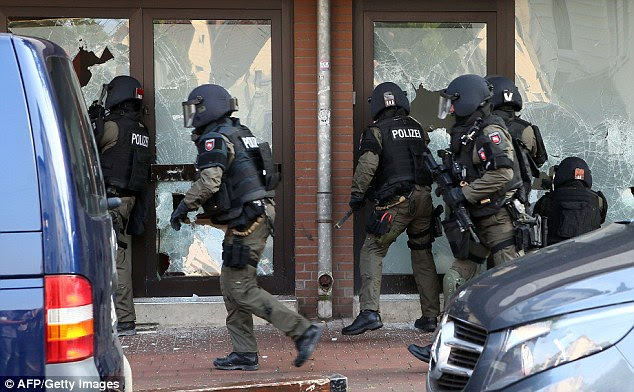 Armed police officers have launched a raid on a mosque and several homes belonging to a group believed to be radicalising Muslims in Germany.

Apartments belonging to eight board members of the radical German-speaking Islamic group searched by officers in Hildesheim, Lower Saxony.

It comes as part of a crackdown on the group, which is thought to have been encouraging people to travel to Syria and Iraq to join ISIS.

The group ran sermons, seminars and lectures entitled 'the hatred of infidels', according to German media.

Hundreds of veterans have died while waiting to get care from the Department of Veterans Affairs, all while the department spent millions of taxpayer dollars on high-end art.

According to an investigation by COX Media Washington, D.C. and American Transparency, the VA has spent $20 million on high-end art over the last 10 years, $16 million of that spent during President Obama's tenure.

The investigation found one particularly egregious example: $670,000 combined spent on two sculptures at a VA center for the blind.

Commies doing what commies do best in Philly last night.

I'm in disbelief that this is real footage of #DNCinPHL right now. Absolute madness.

Via comment by Anonymous on Migrant Molester: “I Hate Sweden, I’m Just Here to..

Much about the internal operations of the Democratic National Committee has been revealed this week in light of the Wikileaks email drops, which resulted in the ousting of DNC Chairwoman Debbie Wasserman Schultz. But of particular interest to North Carolinians are the committee’s eye-opening communications over the issue of the state’s controversial HB2 “bathroom bill.


More @ The Journal
Posted by Brock Townsend at Thursday, July 28, 2016 No comments:

“This country was founded on the belief that what sets us apart—race, language, religion, sexual orientation—should not dissolve what binds us,” Ferrara declared to applause.

The star of “Ugly Betty” went on to explain that she owed her exceptional knowledge of American history to the public school system.

What's in the WikiLeaks DNC Recordings - $200K for dinner with Hillary

Atlantic Beach, NC: Tennessee man drowns while attempting to save the lives of his 3 daughters.

Rick Brown, his wife and their three daughters pose for a family photo.

Rick Brown, 35, jumped into the water at Shackleford Banks, a barrier island system off the cost of Carteret County, North Carolina, because the girls were in distress, according to Capt. Casey Arthur, with the Atlantic Beach Fire and Police Department.

“The mother and father both went out to rescue the girls,” Arthur said. “The parents got caught in the current near the inlet. The mother and the three children were rescued by bystanders on the shore and good Samaritans on a boat—the father was not able to get out.”

Detective Lt. Michael Panzarella, a homicide investigator with the Cateret County Sheriff’s Department, said there is still a lot of unconfirmed information about the accident.

“We’re still not sure if he was rescuing two or three children,” he said. “From what I’m hearing, there’s a conflict about how many of his daughters actually needed to be rescued.”

Reverend Jennings and the Hand of God: Part 14 of 14 on Islamic Doctrines

By the end of Sunday, September 10, 1922, The Turkish Army had murdered the elderly Greek Archbishop of Smyrna, Chrysostomos, and exterminated most of the inhabitants and refugees in the Armenian “quarter” of Smyrna. The well orchestrated slaughter of perhaps 25,000 Armenians was according to the usual Jihadic pattern of looting, raping, and killing, which was established by Muhammad and documented in Islam’s most sacred tests. Also as usual, they spared the prettier women and girls for the Turkish Army and later sale as sex slaves.


On Monday, the looting, rapine, and killing was extended to the larger Greek quarter, which was now crowded with Greek refugees fleeing the advance of the Turks. Many hid in homes, churches, schools, and other buildings. Eight hundred Christians who had taken refuge in the Catholic Cathedral were dragged out and massacred. In the streets and homes, the same pattern of looting, rapine, and killing proceeded. Twenty women who had fled for safety to the home of a British citizen were raped and then killed. A full account of such wanton savagery would take many articles. The slaughter in the Greek quarter of Smyrna seemed to peak late on Tuesday, but the worst was yet to come.