Why The Trump Administration Needs To Keep Women Out Of Combat 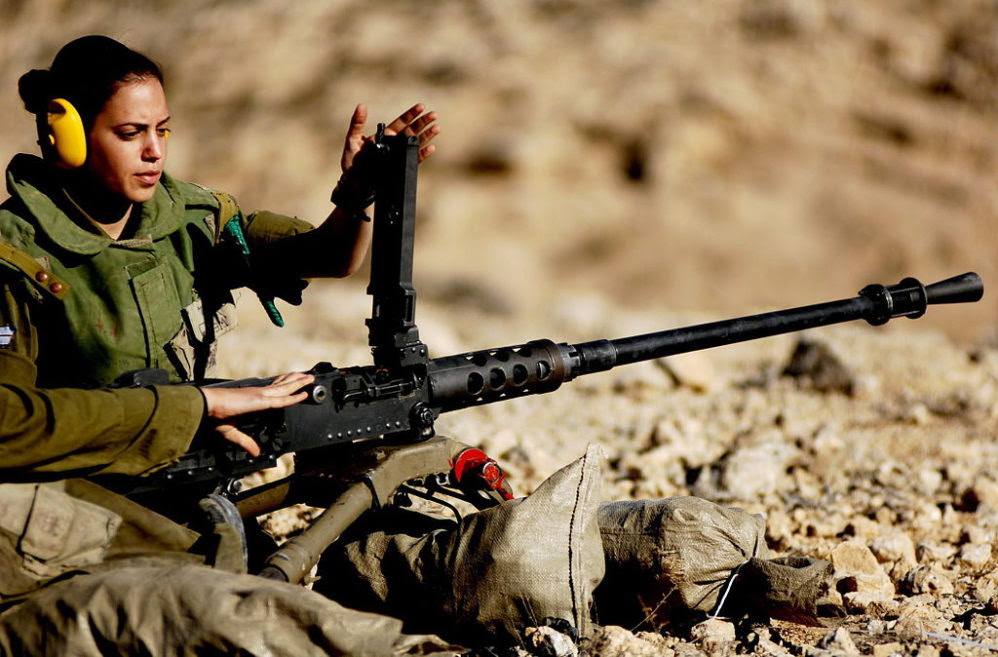 Women should simply not be allowed to serve in infantry units. There are many places women can and do serve honorably in the U.S. military, but infantry work is man’s work.

One of the first women to make it into the Marines just got busted last week for sleeping with a subordinate. She will not be the last. This will be a problem that now plagues our frontline warriors the same way it now plagues the mixed-sex U.S. Navy.

Female soldiers are sleeping with the men they work with, and they are getting pregnant. A lot: 16 out of 100 women on Navy ships are getting knocked up and have to leave their posts. Don’t think it will be an issue for the few women who make it through infantry training? Of course it will.

Calhoun, Not Webster, Was Right Writing about the “Great Triumvirate” of Webster, Clay, and Calhoun during the third Nullification controversy in America of 1828-1832, and in particular about the Webster-Hayne debate of 1830, the late Prof. Merrill D. Peterson made this telling point:  “In the course of answering Hayne point by point, Webster unfolded a [new] conception of the Union and the Constitution that stood in stark contrast to that of the South Carolinians[who were defending original intentions and the principles of republicanism and federalism].”  After calling Hayne “the fanatical one” about slavery and “imagining a Northern conspiracy against slavery where none existed,” he came to the American System. “ Then “Webster again disclosed the wide gulf between two systems of politics, two philosophies of the Union.” Instead of seeing “essentially different countries with different interests [as represented by Ohio and South Carolina], we [in the North] look upon the States,  not as separated, but as united . . . . We do not impose . . . geographical limits to our patriotic feelings . . . .” (Peterson, The Great Triumvirate, 176.)


More @ The Abbeville Institute
Posted by Brock Townsend at Wednesday, September 26, 2018 No comments:

Posted by Brock Townsend at Wednesday, September 26, 2018 No comments:

ALERT!  We need volunteers to assist in a critical armed security operation against looters in the area around Sneads Ferry, NC (NON-OATH KEEPERS WELCOME).

This is an Oath Keepers lead operation, but you do not have to be an Oath Keepers member to volunteer for this mission.  Other patriotic groups and individuals are welcome to assist. You will, however, be carefully vetted.

Oath Keepers has been asked to provide armed security to protect a community that was devastated by Hurricane Florence, and since has been victimized by repeated, systemic looting, by organized looters who come across the flooded areas in boats to raid homes.   We are putting a stop to the looting, but we need your help.  If you can come to help in person, please do!  Start rolling now!  (see below for instructions and directions).

If you cannot come in person, then please donate to support those who can. This is a critical mission, squarely within our skillset, and something that we can do better than anyone else.  Please help support this operation. 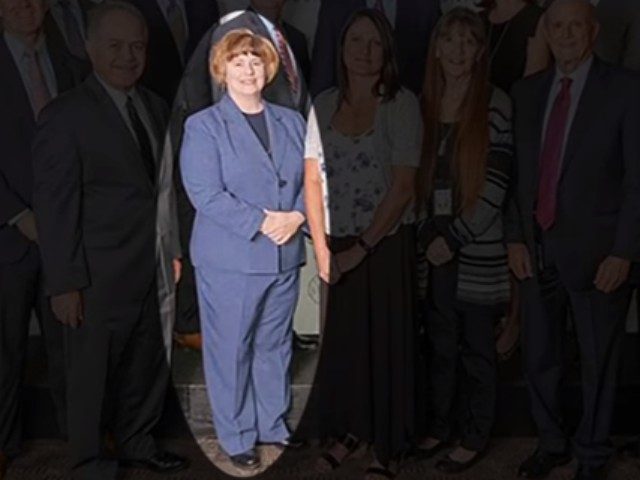 Mitchell was hired onto the Judiciary Committee’s roster of staff attorneys for this hearing, taking leave from her office in Phoenix, where she serves as Maricopa County’s Deputy County Attorney and division chief the County Attorney’s Office’s Special Victims Division, which handles sex crimes and domestic violence.

Mitchell has served for 25 years as a prosecutor in the nation’s fourth largest county, including 12 years at the head of the sex-crimes bureau. 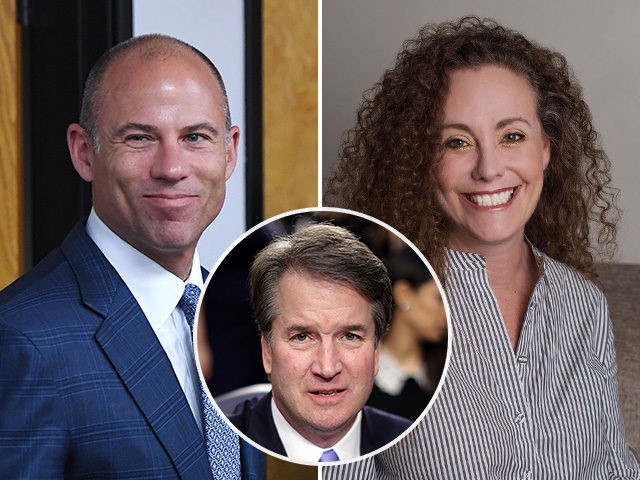 Wonder how much the culprits are getting paid?

Follow updates from Breitbart News on the latest developments in the Kavanaugh confirmation battle. All times eastern.

• Christine Blasey Ford releases polygraph report from her legal team. Details differ from other times she has recounted the story, and it is revealed that it was administered in Maryland — even though she recently delayed testifying before the Senate, citing difficulty with flying across the country from her home in California.

This Is Our Home

This is our land, all of our land; it is where we live; it is our home. When we watch what is happening to our home there is no comprehension of the level of anger that produces. To keep from ranting on like a lunatic, one sublimates all of the damage being done to a perfectly good home and think that things will get better if we just do one thing or another.

Voting has ceased to be an agent of change. The fact is...the only fact that has ever existed...is that only force solves the sort of issues we have in this land. I have resisted this knowledge for a long time, not because I didn't believe it, but because there is only one place to go with that knowledge.

Another Sign America Is Done: Teacher Fired For Refusing To Give 50% Grade To Students Who Didn’t Turn In Their Homework 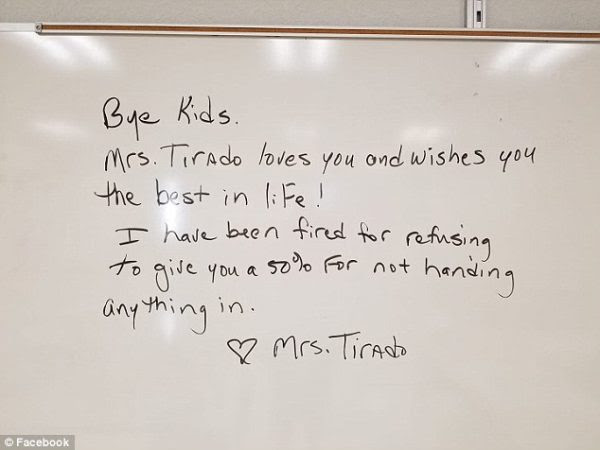 Should students that refuse to turn in their homework receive a grade of 50 percent anyway?  Of course not.  That would be like workers that didn’t show up for work asking for 50 percent of their paychecks.  Our system of education has become a complete and utter joke, and the rest of the world is laughing at us.  Fortunately, there are still a few brave souls that are standing up for what is right.  52-year-old history teacher Diane Tirado was hired by the West Gate K-8 School in Port St Lucie, Florida for this school year, but she was fired when she refused to give students that didn’t turn in anything a 50 percent grade on their assignments.  When Tirado was hired, she was never told that the school has a “no zero” policy.  And when she found out, she refused to go along with it.

So Who Is This Ford Anyway?

Via Gleason  via  It Ain't Holy Water 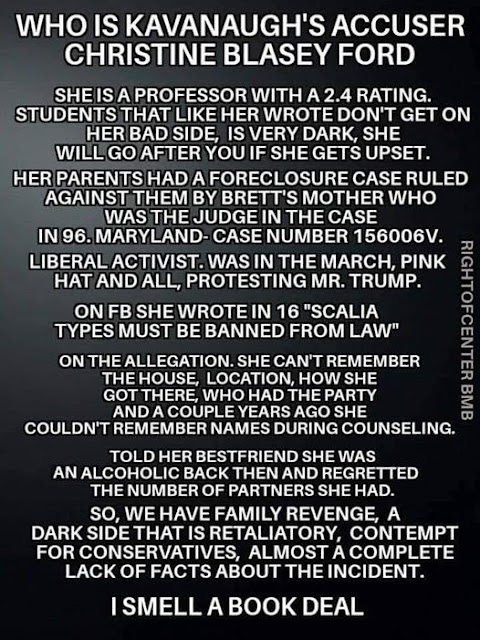 Might be a professor with the same name.
Posted by Brock Townsend at Wednesday, September 26, 2018 No comments: 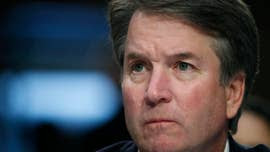 I’ve never thought the big Ford–Kavanaugh hearing scheduled for Thursday would actually happen. Maybe I’ll be proved wrong, but I’ve never believed Christine Blasey Ford wants to testify. This hearing is not going to settle the issue of what, if anything, happened 36 years ago — which, as I’ve noted, is why there is no point in having the hearing.

Senator Chuck Grassley, the Judiciary Committee chairman, should just invite affidavits from the witnesses and call it a day.

Did Australian Diplomat – and Possibly Other Foreign Allies – Share Intel on Trump?

Former Australian Ambassador Alexander Downer evaded questions during a recent BBC interview regarding suggestions made by George Papadopoulos that Downer may have been recording his conversations in an effort to spy on the then-Trump campaign volunteer. The answers to those questions would be significant because they would reveal the extent of other nation’s efforts in cooperating with the FBI’s counterintelligence operation on President Donald Trump’s campaign, say U.S. officials that spoke to SaraACarter.com.  The information–if it was used–would be part of the Foreign Intelligence Surveillance Act (FISA) warrant’s package of evidence presented to the secret court, said one former and one current U.S. official.

Feminist Pours Bleach On Over 60 Men's Crotches To Fight 'Manspreading'


Feminist activist and Russian law student Anna Dovgalyuk has taken to pouring a bleach and water mixture on the crotches of unsuspecting men on the St. Petersburg Metro for their anti-feminist sin of "manspreading."

How this fights The Patriarchy exactly remains unclear.