Before the media and the leftists figure out how to make the Trump victory, a victory for them through all the traditional means, such as describing how the Trump victory was really a dying last gasp of white racism; or how Trump fed all of the unemployed a false narrative about jobs aplenty; or that the nation under Obama has made Trump's desires inaccessible, let me explain what the Trump victory meant.

In essence, the Trump victory simply means that the average American is tired of being belittled, ignored and trampled on by the various special interest groups all claiming that they have somehow been disadvantaged by a system that is based on merit.

The United States of America is an open society, welcoming of any shade of color or religious fervor, but it is expected that entrance to the bounty of America comes with a corresponding respect for the values and methods by which, for over two hundred years, it has built the society capable of that bounty. It is not a nation to be plundered by those who enter, but bolstered by those who enter and as the creators of the bounty (black, white, brown and whatever other color is associated with people) we have the right and the obligation to protect it by choosing those who enter for their potential ability to build upon that which has been laid as a foundation.

Obama's method of governance was to destroy that which made this nation wealthy and prosperous by allowing the plunderers special access to the bounty. Repudiation of that method of governance is what a Trump victory meant.
Posted by Brock Townsend at Wednesday, November 09, 2016 2 comments: 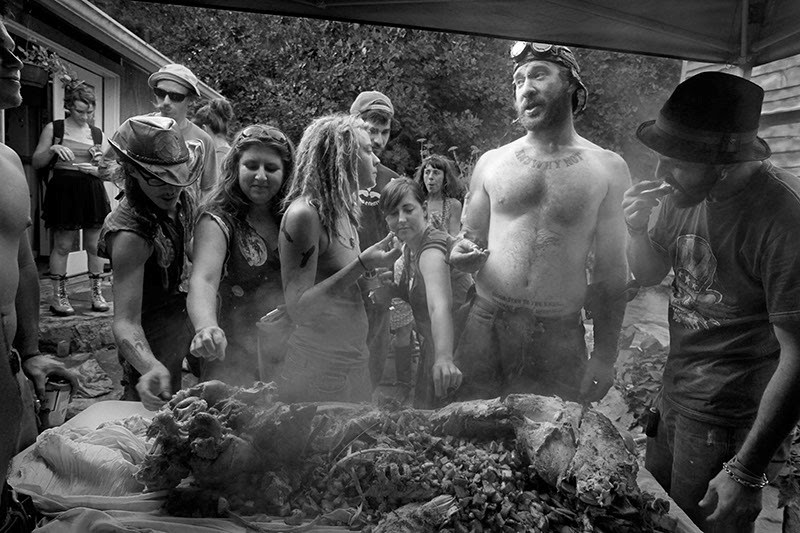 GeorgePatton325
Should We Vote?

Paul Rosenberg
Some Truth About Hillary And The Hackers

T. L. Davis
The Victors and the Vanquished

Click here for the November 4, 2016 edition.
Posted by Brock Townsend at Wednesday, November 09, 2016 No comments:

Ryan Setliff This is where National Review expects the political base of the GOP to contract amnesia right? The American Spectator aptly writes, "We’re also going to have a new Republican Party. . . but it won’t be a party that will pay much attention to the self-styled intellectuals of the Party, all those people who scorned both Trump and his supporters, the NeverTrumpers who did everything they could to defeat Trump, with the absurd candidacies of David French and Evan McMullin." National Review and Weekly Standard were dealt a well-deserved coup de grâce last night too.

The reality of identity 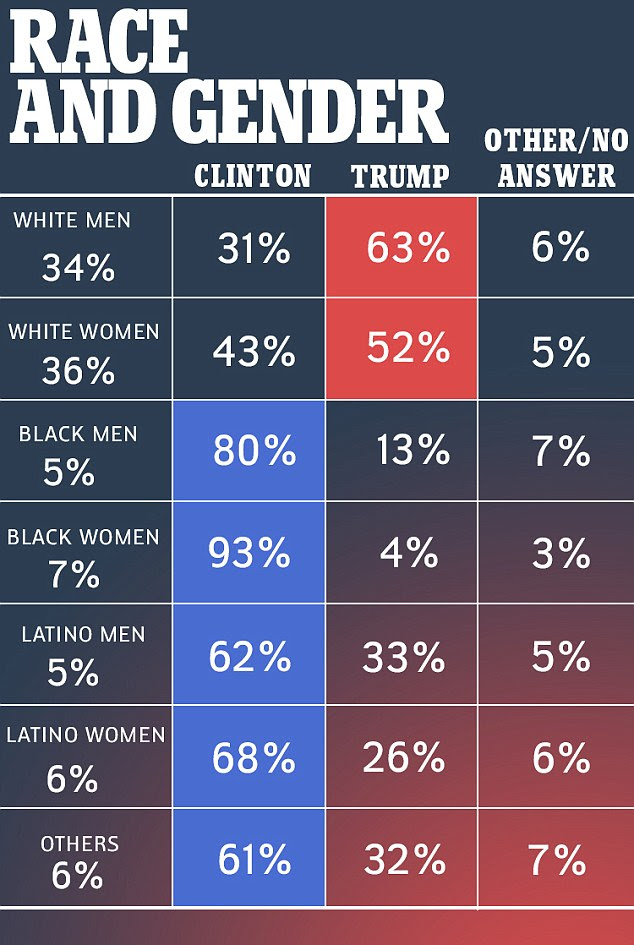 This is only the beginning. Identity>Culture>Politics. There is no more "Republican" vs "Democrat". It is now whites vs non-whites and white quislings. All long-term strategies now need to revolve around demographics, not ideological policies.

Note that the majority of white women voted for Trump. Less than one-third of non-white women did. This indicates that feminism and female suffrage, for all that they are a serious problem, are actually less dyscivic than diversity.

Via comment by Quartermain  on Liberals RIOT After Trump Destroys Hillary Clinton...

Po' thing, crying for yourself when you should be crying for the Americans you purposely abandoned in Benghazi. You should receive the penalty you administered to them for your traitorous actions.  May you burn in hell.

Author Ed Klein joined Steve Malzberg on Newsmax TV on Wednesday after Donald Trump shocked the world by winning the US presidency in his first ever political race.

She blamed FBI Director Comey and Obama for the loss.


More with video@ The Gateway Pundit 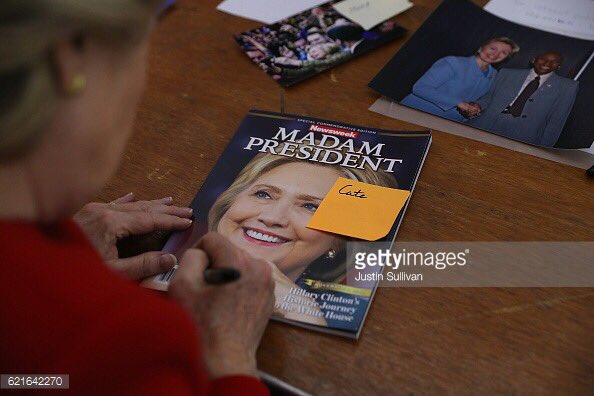 Soros has been working REALLY hard for Hillary’s election. (Maybe because his son was friends with Kaine.) He’s got an agenda to run.

But what Soros simply WASN’T counting on… was ‘We The People’.

If the Media can be bought, influenced or manipulated…

If individual candidates who are ‘on board’ can be propped up…

If even the laws themselves could be manipulated…

…Soros and his friends thought of everything. They covered all their bases. Right?

'LOCK HER UP': Traders on the NYSE floor reportedly booed Hillary Clinton during her concession speech …


Breathing room. God love Trump’s red-hats, I thank them, and I am thankful for them and what they accomplished. While I am cautiously optimistic about the outcome (don’t get me started about the last time I gave myself the luxury of savoring apple-flavored, star-spangled unicorn pie), I’m not dropping my pack. There is still much to be done completing The Work; its necessity is unabated.

Here’s just a few reasons why, even if Trump has every intention of following-through on his campaign rhetoric:

About 60 million Americans looked at Hillary, knew her crimes, perversions, volatile temperament and physical incapacity and said, “sure, why not?”

Only about 60 million Americans bothered to get in the way. Less than 20%, barely enough, at that. As of this writing, fewer than the above.

Identity Politics in America: A Post-Mortem

Here is what eight years of President Obama's "post-racial" reign have wrought.

The weekend before Election Day, Hillary Clinton grinned from ear to ear at a Cleveland rally while reciting a verse from Jay-Z's remix of Young Jeezy's "My President is Black." As the rapper and his Black Lives Matter-promoting wife, Beyonce, beamed on stage nearby, pandersuit-clad Clinton twanged with a stilted accent:

This would be comical if not for the noxious cynicism of it all. 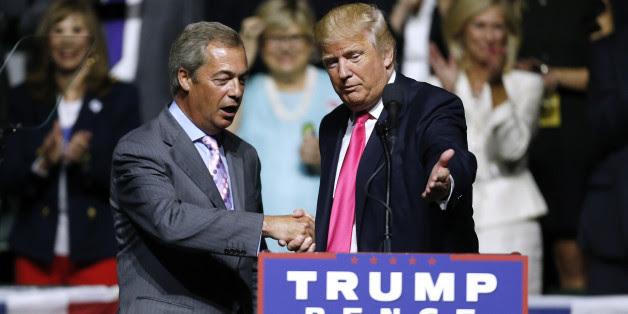 We. Are. Not. Conservatives.
We are Alt-Right.
We. Don't. Care.
The Alt-Right Revolution has only begun.


The media cucks continue their cucking, even in the face of the Trumpening and the utter destruction of their credibility.

"I retract none of the warnings that I issued about the likelihood of catastrophe and crisis on his watch. I fear the risks of a Trump presidency as I have feared nothing in our politics before. But he will be the president, thanks to a crude genius that identified all the weak spots in our parties and our political system and that spoke to a host of voters for whom that system promised at best a sustainable stagnation under the tutelage of a distant and self-satisfied elite. So we must hope that he has the wit to be more than a wrecker, more than a demagogue, and that his crude genius can actually be turned, somehow, to the common good. And if that hope is dashed, we must find ways to resist him — all of us, right and left, in the new chapter of American history that has opened very unexpectedly tonight."
- Ross Douthat

Welcome, Democrats, To the Revolution

Yes, Hillary, this revolution is real.

Tens of millions of voters cast ballots Tuesday for Hillary Clinton. Except for a relative handful of wealthy and connected people, nobody actually wanted to vote for her.

She is the most corrupt, compromised, dishonest, self-dealing, delusional and unlikeable candidate perhaps to ever run for president.

I used to wonder why President Obama would want to hand his legacy over to such fake and felonious monster. Then I realized that he doesn’t really care about anything but himself and for as long as she is around, people will miss him.

Fed up with Washington, Trump's 'deplorables' shake up the elite

Fed up with Washington and feeling left behind, supporters of Republican Donald Trump upended the U.S. presidential race, electing a political newcomer they say offers the country a shot at dramatic change.

Once dismissed by Trump's Democratic rival Hillary Clinton as "deplorables," supporters interviewed on Tuesday shrugged off his late-night tweeted insults, allegations against him of sexual misconduct and dire warnings from many in the Republican establishment that the businessman-turned-reality-television-star would throw U.S. economic and foreign policy into disarray.

The economy, terrorism and healthcare ranked as the top three concerns facing Americans casting ballots in Tuesday's election, according to an early reading from the Reuters/Ipsos Election Day poll of about 35,000 people.

"The freedom-loving Americans pushed back against the elites and the globalists. They might win in the long run, but we're not dead yet," said Andrew Dye, 48, of Dexter, Michigan.

Via comment by Unknown Reaper your Whoever wins the presidential election today, one ...

Trump pulled of an historic upset. First defeating the entire Republican political establishment, overcoming 18 months of non-stop attacks from a left-wing media that was exposed as working directly for Hillary’s campaign, and then the formidable Clinton machine itself.

But she was trying to convince us she had the toughness to be president and she couldn’t even show up to address her supporters and the nation?

She blew it by running a terrible campaign and the entire country finally realize what an awful candidate she was.

However, when it was time to take responsibility and be a grown up.

She was nowhere to be seen.

In fact, she didn’t even bother showing up to give a concession speech last night.

Which is weird because the media has been freaking out about how Trump would handle losing.

And now we have Hillary acting like a child when she lost.

AMERICA THE BEAUTIFUL by Ray Charles

The Gateway Pundit
Posted by Brock Townsend at Wednesday, November 09, 2016 No comments: