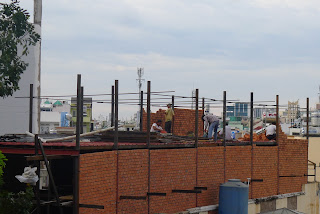 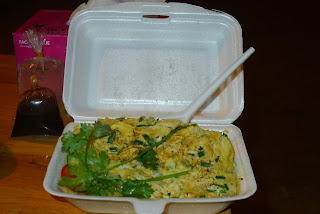 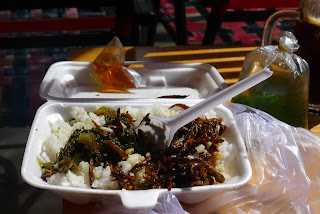 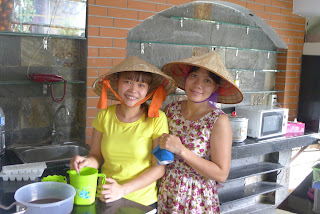 I have no idea in the world why the girls put on their hats when they work in the kitchen. An attractive addition, though. :) 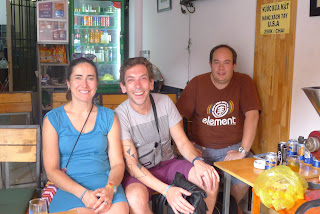 Belgium friends.  The two on the left went to Phú Quốc, $79 round trip from Saigon, but their friend stayed behind.  He has taught English and history of the Vietnam War at the International School in Bangkok for 10 years.  He was eager to find out information about me as he said he tries to make the class interesting. He cured his morning illness by drinking 5 beers before I got there at 11AM.  :)  I taught ESL and Business English in Saigon 1993/4. 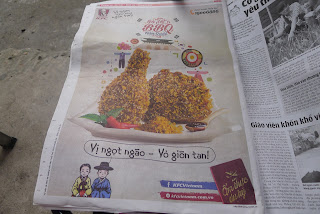 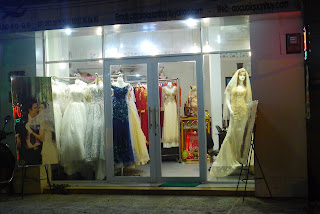 Vietnamese rent three wedding dresses and change them during the festivities. 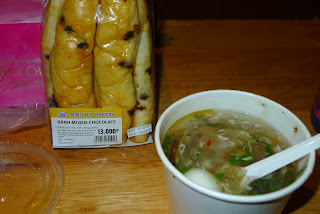 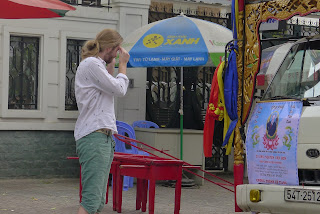 Richard is trying to decipher the funeral notice. More pictures below. 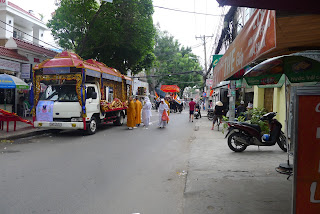 Our black is their white for mourning. 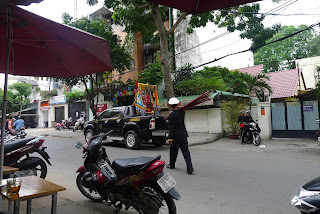 I missed the Swastika which has been a symbol of the Buddhist religion for 2,000 years. 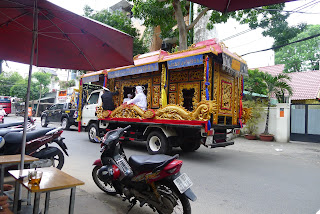 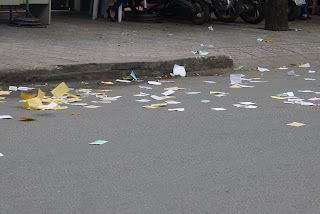 Money to take to heaven. 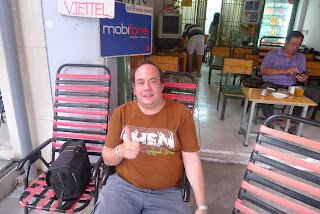 He  received my Vietnam information and was much appreciative. 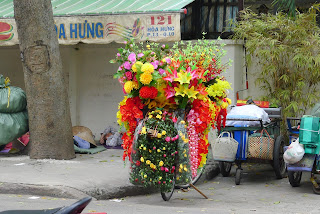 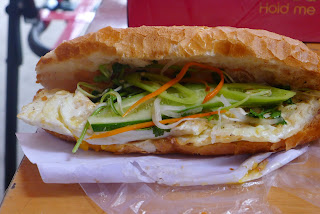 .66 cents with fried eggs. The shop owner's daughter's wedding second picture below in PA. He always has a generous supply of *Rượu thuốc, but don't know where they got 80 proof, as it is 140, 160 or 180. *The Cobra is the best, but you are cautioned to not drink too much of it. :) 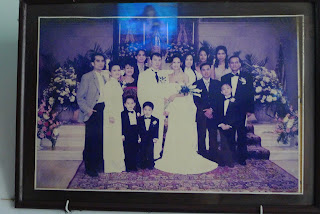 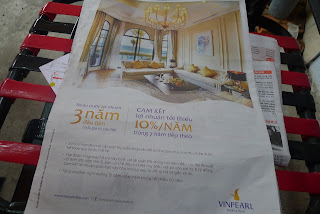 All these ads would be a waste of money as buying or building a place on the economy would be much cheaper and I imagine that these condos/HOA's come with all the detriments of ours. 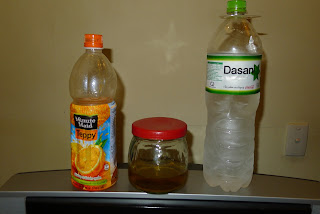 On the left is a made for taste orange, Vietnamese drink and absolutely wonderful.  Wish I could buy it in the states. In the middle, the world famous 140 proof  Rượu đế which I bought for .32 cents. 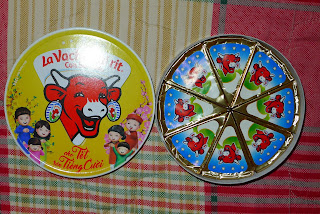 
1. I've noticed that there is no one who wears their baseball cap backwards! Glory Hallelujah!

2. I have also noticed that, unfortunately, there seem to be less attractive girls than there were before, but hopefully an error on my part:)
Posted by Brock Townsend at Thursday, January 05, 2017 2 comments:

Obama awards himself Distinguished Public Service Medal: 'Now he can wear it with that tan suit like any other aging 3rd-world dictator'

Via Jonathan via WRSA


Hilarious.  Evidently the fool has no idea what a FOOL he is! :)

On Wednesday, President Obama added another prestigious medal to his Nobel Prize collection when he had Defense Secretary Ash Carter award him with the Department of Defense Medal for Distinguished Public Service.

Secretary Carter awarded his boss with the medal on January 4 during the Armed Forces Full Honor Farewell Review for the President held at Conmy Hall, Joint Base Myer-Henderson Hall in Virginia.
Carter insisted that the medal was a token of appreciation for Obama’s service as commander in chief, the Associated Press reported. (Because he has done so much good! :)

Major U.S. Mistakes in the Vietnam War: Part 4 of a Series

Ta Thai Manh, at 15 the youngest member of the Vietnamese Rangers, smokes a cigarette as he waits for transportation to take him to an aid station after he was wounded in action in the Cholon section of Saigon May 6th. The youngster has another distinction besides his age: in March he was given a medal for helping capture seven Viet Cong.

I can't find any more information after this one above when he was 15.  Be nice to find out he made it another 5 years and was alive and well. (Update:  I believe he was killed.)

The fifth big mistake in Vietnam was failure to utilize our most powerful military assets—our overwhelming superiority in Air and Naval Power—early in the conflict. Pacific Area Commander (CinCPAC), Admiral Grant Sharp, believed this was the greatest mistake in the war. This mistake was closely related to and overlapped the fourth big mistake, which was the Johnson-McNamara doctrine of gradualism discussed in part 4 of this series.


On April 20, 1965, U.S. Secretary of Defense Robert McNamara held a conference in Honolulu to inform General Wheeler, the Chairman of the JCS and his top commanders in the Pacific of the Johnson-McNamara strategy to prevent the fall of South Vietnam to the Communist regime in Hanoi.
Also attending this meeting were Admiral Sharp; General Westmoreland, Commander of the Military Advisory Command in Vietnam (MACV); and retired General Maxwell Taylor, the U.S. Ambassador in Saigon. McNamara brought with him his most influential advisor, Assistant Secretary of Defense, John McNaughton, and National Security Advisor Walt Rostow. This was a mere seven weeks following the commencement of Operation “Rolling Thunder,” Johnson’s plan to bring Hanoi to the negotiating table by a gradually escalating campaign of bombing targets in North Vietnam

.More @ The Tribune
Posted by Brock Townsend at Thursday, January 05, 2017 No comments:

Driven by terror threats and a potential Hillary Clinton administration, sales of guns in America soared to record levels in 2016, according to the FBI.

The numbers do not include many guns sold to or given to friends and family.

Obama Pulls ALL US Aircraft Carriers from Sea… 1st Time Since WWII!


It is clear by now that President Obama hasn’t done a good job when it comes to foreign policy.

There isn’t a single section on the map where things are better now than they were 8 years ago.

He has made Iran pretty happy, though.

You’ve probably seen the stories about how frustrated the military is under Obama.