The Art of the Old South The Art of the Old South encompasses architecture, painting, sculpture, and the products of craftsmen. We are given a tour of a great variety of private and public buildings-from the formal mansions and elegant townhouses that followed English fashion to the raised cottages and country houses with open porches and galleries that evolved in the region; from the slave cabin to the classic columned plantation house; as well as other structures that are of architectural interest, including churches, statehouses, banks, and hotels.

Hungarian Foreign Minister: "We don’t think by definition that multiculturalism is good"

“The current migration policy of the European Union can be very easily translated as an invitation in the minds of those people, who can easily make a decision to head towards Europe,” he told the programme.

When quizzed by the BBC’s Emily Maitlis on the ‘stop Soros’ law which was passed last week, Szijjártó responded: “There are organisations who help people to ask for asylum, even if they no legal basis for that… and they have to contend with the consequences.”

Stephanie Wilkinson, the left-wing owner of the Red Hen restaurant who kicked out Sarah Huckabee Sanders and her guests out on Friday night, has resigned from the Main Street Lexington business group.

“Considering the events of the past weekend, Stephanie felt it best that for the continued success of Main Street Lexington, she should step aside,” Branner wrote in an email.

A Fascist Right — or a Hysterical Left

If Trump’s supporters are truly “a basket of deplorables … racist, sexist, homophobic, xenophobic, Islamophobic” and “irredeemable,” as Hillary Clinton described them to an LGBT crowd, is not shunning and shaming the proper way to deal with them?

So a growing slice of the American left has come to believe. 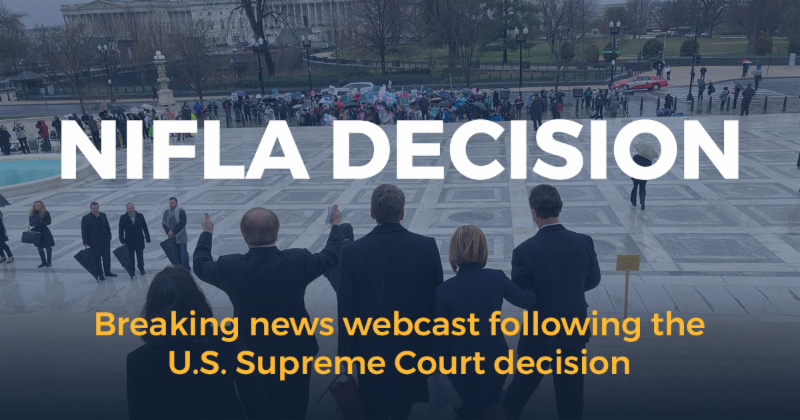 In a 5-4 vote on June 26, the Supreme Court ruled in favor of pro-life crisis pregnancy centers, arguing that a California law passed in 2015, which requires the centers to inform clients about free or low-cost abortion services, is probably a violation of free speech.

The news comes after the Supreme Court agreed to hear the case in November 2017. Oral arguments officially began in March.

Fighting will now take precedence over dealing with transitioning transgender troops, drug abuse and other issues as the Army seeks to overhaul its training regimen to hone its soldiers’ battlefield skills.

In a series of servicewide memorandums approved by Army Secretary Mark Esper and Chief of Staff Gen. Mark Milley and obtained by The Washington Times, service leaders are making optional previously mandatory training on issues such as transgender transition and drug abuse. The move, Army leaders argue, is designed to relieve stress on the overburdened troop training regimen and refocus on soldiers’ ability to fight in combat.

“The Army’s regulations and policies that deal with training were pretty settled, and there were not a lot of detractors to it. … It was all the other [training] requirements that we levied on ourselves, or we had levied from other places” that led to the increasingly cumbersome approach to combat readiness, said Col. John O’Grady, chief of the Army’s collective training division.

Q - The Plan To Save The World

A Story About How America Was Almost Destroyed By Criminals

A proposal to preserve hunting and fishing rights in the state constitution passed the North Carolina House by a bipartisan 92-23 vote on Monday, advancing the measure one step closer to being considered by voters on statewide election ballots this fall

Senate Bill 677 Protect Right to Hunt and Fish proposes a state constitutional amendment to voters providing that the people of North Carolina have a right to use traditional methods to hunt, fish, and harvest wildlife, subject only to certain limitations promoting wildlife conservation and resource management.

More than twenty other states already have a right to hunt and fish in their state constitution. 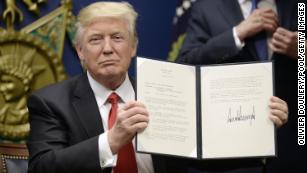 This is the third version of the travel ban. It was issued in September -- after previous bans had ricocheted through the courts -- and restricts entry from seven countries to varying degrees: Iran, North Korea, Syria, Libya, Yemen, Somalia and Venezuela. Chad was originally on the list but it was recently removed after having met baseline security requirements.

"The Proclamation is squarely within the scope of Presidential authority," Roberts wrote.