It’s a safe bet there’s no love lost between Hollywood actor James Woods and President Obama — the former has taken to Twitter several times over the last few months to trash the policies and politics of the latter.

The latest came this week, in response to a report from British press that revealed the National Security Agency commonly provides Israel with intelligence data — without first stripping out private and personal information on American citizens. The Guardian in London reported the item, the latest in its coverage of document leaks from Edward Snowden.

Mr. Woods unleashed his views of the matter — and of Mr. Obama’s role in allowing the practice to occur — on Twitter. 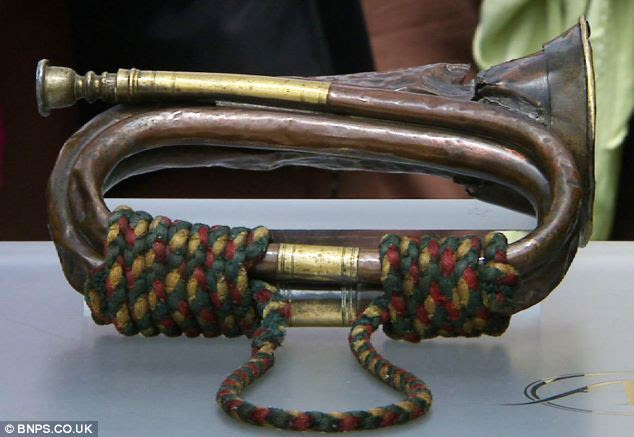 The bugle that sounded the catastrophic orders for the Charge of the Light Brigade has emerged on TV’s Antiques Roadshow.

The instrument was carried into the suicidal battle of the Crimea War in 1854 by Private William Brittain, Lord Cardigan’s duty trumpeter.

He took orders directly from Lord Cardigan, who led the cavalry, and blew on his bugle several times to signal the men to walk, canter, trot and charge at the Russian guns.

Scroll down for video

The Charge of the Light Brigade

The U.S. Treasury has warned that the $16.7 trillion debt ceiling must be raised by Oct. 17th, to avoid a U.S. debt default. This warning has caused concerns amongst investors and citizens alike as most are unsure of their futures in this once great nation.

Based on a study of a previous debt ceiling impasse in 2011, the results won’t be good if figureheads in Washington can’t find a solution. WashingtonPost.com reported, “Failing to do so, Treasury warned, would have catastrophic consequences.

“A default would be unprecedented and has the potential to be catastrophic: credit markets could freeze, the value of the dollar could plummet, U.S. interest rates could skyrocket, the negative spillover could reverberate around the world, and there might be a financial crisis and recession that could echo the events of 2008 or worse,” the report said.”[1]

Some are wondering why this was all allowed to happen in the first place. Why would a corporation, the Corporation of the United States (i.e. D.C.), intentionally run itself into the ground, what’s the point?

Obviously this was not done by the corporation itself or one single person, but rather the greedy men and women in charge of it. Their hands are deep into the honey pot as they have used the funds for years to fund their private corporations, awarding themselves no-bid contracts and so on.

Virginia Flaggers: "Empire of the Owls" 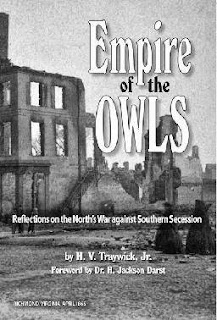 Va Flagger/Author H. V. "Bo" Traywick, Jr. has generously donated a case of his book "Empire of the Owls - reflections on the North's war against Southern secession" to the Va Flaggers. We will be offering the books for $20 each and ALL proceeds will go toward the I-95 Battle Flag Projects. Please consider purchasing this excellent book and supporting the Va Flaggers.

"This book will change your mind about everything you thought you knew about the War between the States. A reasoned, scholarly work, it is also a readable, gripping account of the war told by those who lived it. The dignified behavior of the Southerners defending their families comes through time and again. Noble sentiments of honor, duty and care of the defenseless are not lost in the desperation of war but elevated.

The book will make you cry. It will make you proud. It will also make you mad about a senseless war that killed 612,000 young men and caused horrible suffering that lasted for generations. But it is an important addition to the Civil War dialogue now, during the Sesquicentennial, because it allows the long-suppressed voices of the South (Virginia, in particular) to speak for themselves and challenge the version of history written by the victors."
- Amazon Review

Please note "Empire of the Owls" and include return address for shipping.

The park service ordered state officials to close the northern unit of the Kettle Moraine, Devil's Lake, and Interstate state parks and the state-owned portion of the Horicon Marsh, but state authorities rebuffed the request because the lion's share of the funding came from state, not federal coffers. 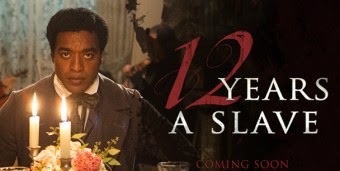 Reviewers are gushing with praise for a new movie, “12 Years A Slave,” saying it “could do for slavery what seven-time Oscar-winner ‘Schindler’s List’ did for the Holocaust.”

But some authors who have investigated and written about such issues say they worry it could heat up racial tensions.

Jack Cashill, author of “If I Had a Son: Race, Guns, and the Railroading of George Zimmerman,” about the case that inflamed racial tensions across the U.S., believes the film is just one of many intended to maintain the status quo.

“These kind of movies are designed to sustain blacks in a permanent state of victimization,” Cashill said. “It really started big time with ‘Roots’ in the 1970s. When ‘Roots’ got busted for plagiarizing from another novel and the author treated false information as fact, the mainstream media didn’t want to know it, it was too useful a story.”

Even as the fearmongering over the debt ceiling hits proportions not seen since 2011 (when it was the precipitous drop in the market that catalyzed a resolution in the final minutes, and when four consecutive 400 point up and down DJIA days cemented the deal - a scenario that may be repeated again), some banks are taking things more seriously, and being well-aware that when it comes to banks, any initial panic merely perpetuates more panic, have taken some radical steps.

The FT reports that "two of the country’s 10 biggest banks said they were putting into place a “playbook” used in August 2011 when the government last came close to breaching the debt ceiling. One senior executive said his bank was delivering 20-30 per cent more cash than usual in case panicked customers tried to withdraw funds en masse. Banks are also holding daily emergency meetings to discuss other steps, including possible free overdrafts for customers reliant on social security payments from the government."

Border Patrol Rep Claims Agents Being Ordered to Stand Down

The National Border Patrol Council has come forward to reveal to the American public once again management practices that could be risking the lives of Americans -- and the lives of illegal immigrants.

Shawn Moran, Vice President of the National Border Patrol Council, spoke exclusively with Breitbart News and claimed that Border Patrol management has begun the practice of ordering Border Patrol Agents to stand down and cease pursuing drug smugglers, human smugglers and traffickers, and illegal aliens. He also warned it could lead to illegal aliens entering the country from nations associated with terrorism.

“It doesn’t matter whether it’s drugs, bodies, or how large the group is, our agents are being ordered to stand down by Border Patrol management,” said Moran. "I have received reports from our agents in every single sector from San Diego to the Rio Grande Valley in Texas that they are receiving these orders."

One woman was dead and two police officers injured Thursday during a high-speed pursuit that culminated in a barrage of gunfire, sending Capitol Hill into panic.

The woman has been identified as Miriam Carey, 34, of Stamford, Conn., according to NBC Washington. 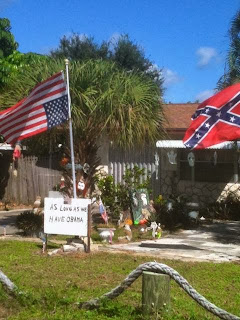 The lovely Southern lady who was crowned Miss Mississippi, Chelsea Rick of Fulton, sounded a decidedly different note from the Indian immigrant Nina Davuluri (representing New York) who ultimately was given the title Miss America. Davuluri complained about ‘racist’ tweets, ran on the platform of ‘celebrating diversity through cultural competency’ and noted with happiness that ‘the girl next door is evolving, as the diversity of America evolves.’

The evolving ‘diversity of America’ is, of course, achieved through the anti-White immigration policy of the United State Federal Government which consistently strikes down State immigration laws, takes sheriffs to court for doing their job and periodically grants amnesty to millions of illegal immigrants. Some Progressive leaders such as Michael Lind have admitted (and praised the fact) that this policy is displacing Whites in general and Southerners in particular. While Davuluri praised the ongoing transformation of the US into a demographically Third World society, Rick spoke out in support of her Southern identity, writing ‘I am a Southern girl who is passionate about the heritage of my family and my state.’ She went on to add:

Quite a contrast. Miss Rick reminds us that Southerners are a distinct people. Despite the political agenda (to promote ‘diversity’) of the people behind the Miss America pageant, the best of the South was represented well by Chelsea Rick. Well done, Miss Mississippi.

Thanks to Magnolia State Heritage Campaign for the link!
Posted by Brock Townsend at Friday, October 04, 2013 2 comments: