Commies in Control: Salt Lake City Tribune Editorial Board Demands Utah Governor Use the National Guard to Keep Unvaccinated People in Their Homes

The truth is Omicron is out of control everywhere. Even in places with mask and vaccine mandates. We always push vaccines, but even vaccinated ppl are catching it. It’s easy to take shots from the cheap seats but this is the sort of nonsense that makes editorial boards irrelevant pic.twitter.com/Zladdqnulc

This is totally normal.

The Salt Lake City Tribune editorial board called on the Utah governor to use the might and power of the National Guard to prevent unvaccinated people from going anywhere.

The so-called journalists at Utah’s oldest newspaper is calling for the military to be used against American citizens.

“We went to Walmart today, and my nephew, Lakken, happened to see an elderly man who was having a hard time shopping .......

...........and finding things due to not being able to lift his head up and see straight.
He can see the ground and barely the sides of him, so Lakken looks at me and goes, ‘Aunt Ry, can I please help him?’
I said, ‘Yes.’
My nephew went up to the man and asked him if he would like some help. His eyes lit up and he said, ‘Well, yes. That would be amazing young man. Thank you so much.'
Lakken was running all over the place for this man and he was so happy. The man told us he hasn’t had help in years, and he was so happy he ran into an amazing, smart young man like Lakken. I was so proud of him.
Lakken went and helped him check out and bag his stuff as well, and had them call the show bus.
The man tried to tip Lakken and my nephew said, ‘Oh thank you, but I don’t need this. I enjoyed helping you. You keep your money.'
I’m beyond proud of my nephew, Lakken. You don’t see or get many people, let alone children, who do these things for people.”
Posted by Brock Townsend at Sunday, January 16, 2022 17 comments:

Maine Board of Medicine Sends Pro-Ivermectin Doctor For Psych Evaluation

Maine’s Board of Licensure in Medicine voted unanimously Tuesday to temporarily suspend the license of Dr. Meryl Nass, accused of spreading COVID-19 misinformation. She will also undergo a psychological examination at the request of the licensing board.https://t.co/Dq4PlI4wE8

Imagine losing your medical license and being sent for a psych evaluation all because you prescribed medicine that has won awards and been approved for human use since 1996?

That’s what happened to Dr. Meryl Nass, from Maine. 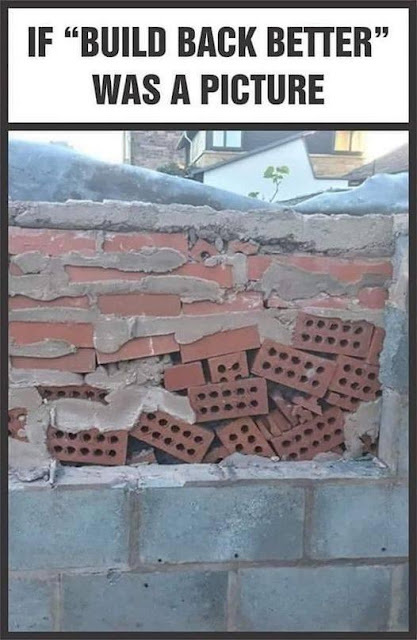