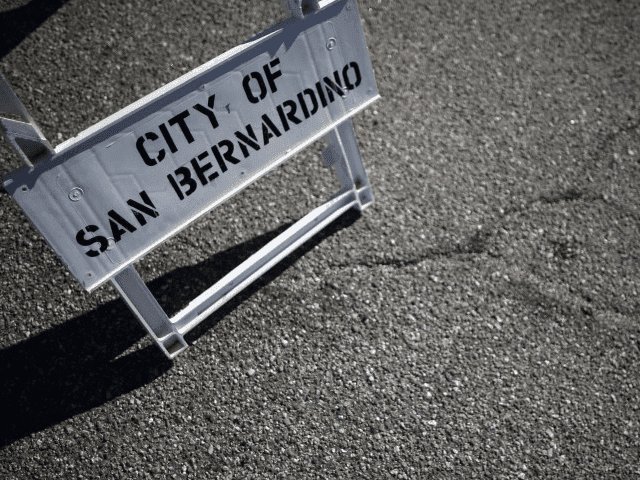 San Bernardino, which owed almost $10 million on its pension bond debt ever since it declared bankruptcy in 2012, has defaulted, according to Reuters. Since September, the city has avoided dealing with the bondholders, who have been left out in the cold.

Last August, Judge Meredith Jury of the U.S. Bankruptcy Court for the Central District of California ruled that San Bernardino, California could declare bankruptcy, even though the city had stopped paying the California Public Employees’ Retirement System (CalPERS) the money CalPERS was owed.

Ones you would want on your side. 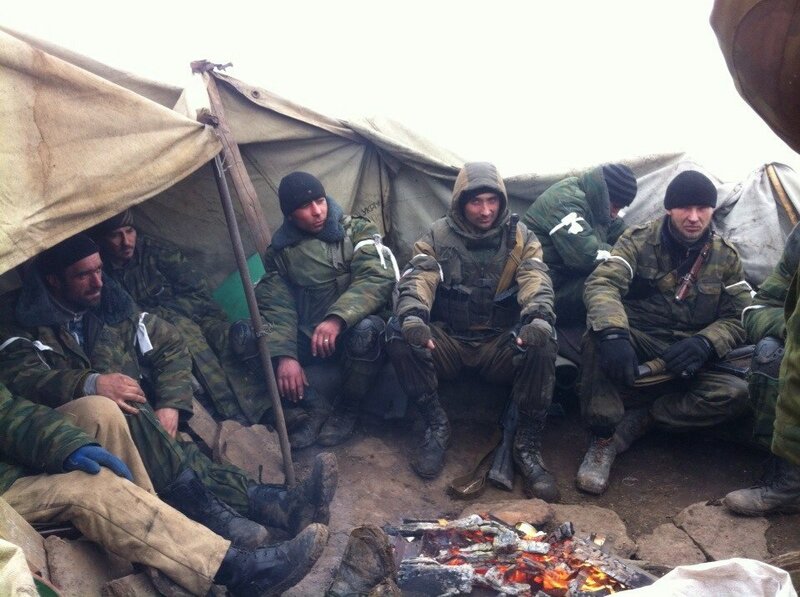 Enlarged
Posted by Brock Townsend at Thursday, March 19, 2015 8 comments: Links to this post

Cameron to hand Jewish schools and synagogues £10million a year

Vic comment by Anonymous on British Girls Raped by Muslim Gangs on "Industrial...

Jewish schools and synagogues will get £10million a year for guards to protect against anti-Semitic attacks, David Cameron announced last night.

In a hard-hitting speech to Jewish leaders last night, he promised not turn ‘a blind eye’ both to physical attacks and to ‘non-violent extremism’.

The Prime Minister said new money had been found in the Budget to protect the community following the terrorist attacks in Paris and at a synagogue in Denmark.

What a surprise. David Cameron-Levita bends over for the Jewish community – of whom he is a member – and ignores the safety and welfare of native, English school children, flooding British schools and neighbourhoods with Jihadi wannabe’s and Muslim paedophile gangs.

Greek Organizations at the University of Georgia Ban Hoop Skirts 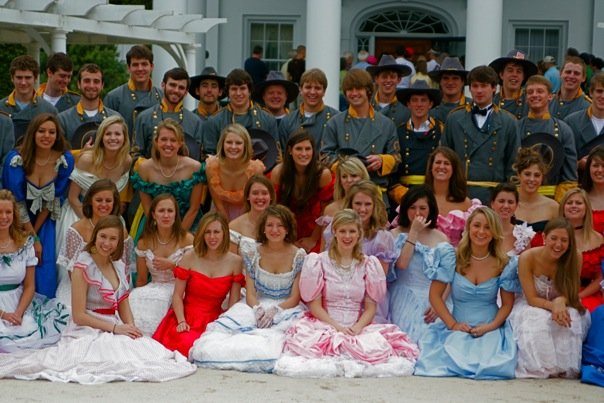 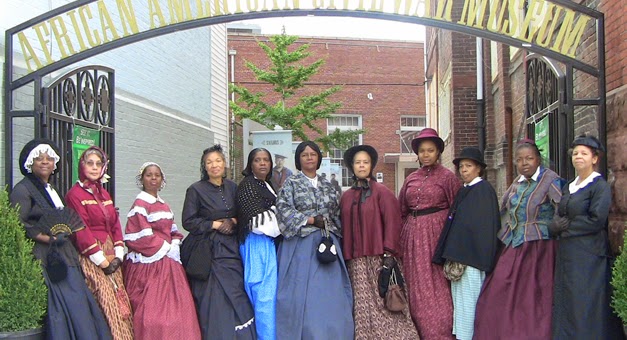 Maybe these ladies will stage a protest.

For years when I’ve heard of ridiculous political correctness run amok in American academia, I’ve breathed a sigh of relief that it hasn’t happened at my alma mater, the University of Georgia. Until now.

Sororities and fraternities at UGA have banned the use of hoop skirts at events over concerns of the appearance of racism.


Victor Wilson, UGA’s vice president for student affairs, explained that the ban was due to concerns over what kind of “message” the skirt might send, and compared it to a previous ban on Confederate uniforms, according to an article in the Athens Banner-Herald.

In other words: The fact that people wore hoop skirts during the era of slavery in the U.S. makes them symbols of racism.  “The student leadership, staff and advisors agree that Antebellum hoop skirts are not appropriate in the context of some events,” read an e-mail sent out Tuesday by Ashley Merkel, president of UGA’s Panhellenic Council, and Alex Bosse, president of the Interfraternity Council.

Students had previously worn them to events such as the “Magnolia Ball.”

Posted by Brock Townsend at Thursday, March 19, 2015 16 comments: Links to this post

A state senator has submitted a bill that would make it easier for someone who has recovered from a mental illness to carry a firearm.

Senate Bill 288, sponsored by Sen. Bill Cook, R-Beaufort, also would more narrowly restrict the types of mental incompetency findings that must be reported to the National Instant Criminal Background Check system. If the law is passed, it would become effective Oct. 1.


Adults that have been determined to lack the capacity to manage their own affairs “due to marked subnormal intelligence, mental illness or incompetency” are not allowed by law to own a firearm.

The bill would allow individuals to petition for removal from mental incompetency/disability listings attached to the national criminal background check.

It was the largest and bloodiest battle ever fought on North Carolina soil. On Saturday and Sunday, more than 40,000 people are expected to turn out to watch more than 2,500 Civil War re-enactors refight the Battle of Bentonville on its 150th anniversary.


Roughly 1,250 Confederates will face off about 1,250 Union re-enactors, said Jake Jennette, who'll be commanding Confederate forces for the event.

"We'll be pretty evenly matched," Jennette said Thursday, decked out in the braid of a Confederate major general. "Unfortunately, we have a script, so we have to lose."

Another concerted, anti-Israel effort is being conducted by the Obama-Jarrett White House and managing to fly under the radar. Stinging from their failed attempt to oust Benjamin Netanyahu as Israeli Prime Minister, reports are now circulating of the administration’s willingness to allow Palestine to move forward with international war crimes charges against Israel when Palestine becomes a member of the International Criminal Court. Such a move would in effect, be a de facto declaration of war against America’s once-closest ally in the Middle East.

Forcing Americans to vote under threat of legal penalty would help to fundamentally transform America, President Obama told a town hall-style meeting in Cleveland yesterday.It is the latest radical leveling scheme that flows from the president’s totalitarian impulses. It is also consistent with his support for “Net Neutrality,” which is a form of censorship and his opposition to the landmark Citizens United decision that affirmed a conservative activist group’s constitutionally guaranteed right to make a movie critical of Hillary Clinton. It is an assault on American democracy itself because one of the ways that people express themselves politically is to stay home on Election Day

Compelled speech is not free speech.

Marines were ordered to disarm 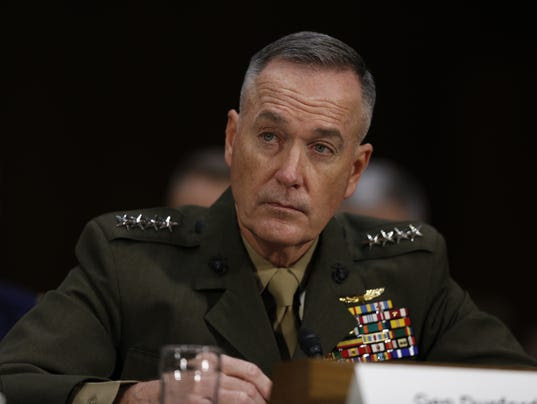 The commandant of the Marine Corps told lawmakers that Marines who disarmed before departing Sanaa, Yemen during an embassy evacuation last month did so on the orders of U.S. Central Command and State Department officials.

Gen. Joseph Dunford fielded hard-edged questions on the mission Tuesday morning from Rep. John Kline, R-Minn., during a hearing before the House Armed Services Committee. Kline, a retired Marine officer, is the author of a letter to the State and Defense departments demanding detailed answers about a controversial order to Marines to destroy their weapons and depart the country unarmed.

‘I’m out of the Republican Party’ 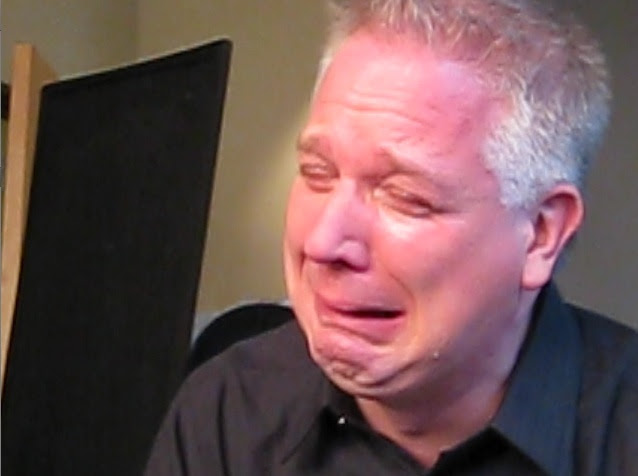 The host said Republicans lost him with their inaction on both ObamaCare and illegal immigration.


More with video @ The Hill
Posted by Brock Townsend at Thursday, March 19, 2015 6 comments: Links to this post

"New Jersey's gun control laws are out of control,"

When Steffon Josey-Davis was pulled over by police along a New Jersey road two years ago, the young security guard never imagined his legally owned gun would be confiscated -- and the incident would make him a convicted felon.

Josey-Davis' nightmare began on the morning of Sept. 20, 2013 when he was preparing to leave his North Brunswick, N.J., home for a job as an armed security guard with Loomis Armored, a company responsible for transporting money to banks.

Suspected for years of plotting to dismantle the U.S. electric grid, American officials have confirmed that Iranian military brass have endorsed a nuclear electromagnetic pulse explosion that would attack the country's power system.


More with video @ The Washington Examiner
Posted by Brock Townsend at Thursday, March 19, 2015 12 comments: Links to this post

The Black Student Union at UC Berkeley wants the university to rename a building after a most-wanted cop killer and convicted murderer.

Shakur was a member of the Black Panthers and is still celebrated among certain far left communities.

The Black Student Union calls her “a symbol of black resilience in the face of state sanctioned violence.”

“We want it renamed after someone, Assata Shakur, who we feel like represent us.


More with video @ The Gateway Pundit
Posted by Brock Townsend at Thursday, March 19, 2015 4 comments: Links to this post 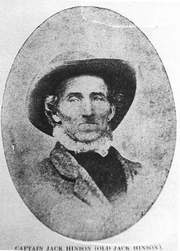 We could change it to Confederate Sniper, if it would assuage their feelings. :)

There is a reason that American Sniper is the #1 military movie of all time – it shows how it really is in combat. It reflects the struggles of our warriors in wartime and shows how they fight the enemy.

These enemies are terrorists and they also happen to be Muslim. It’s not hateful rhetoric – it’s the truth. If your religion condones blowing people up, cutting off their heads, crucifying them, torturing them, shooting them, stoning them, hanging them, throwing them off tall buildings, burning them alive or burying them alive, then perhaps you should look to fixing your religion. Not blaming those who are protecting others from your atrocities.