REVEALED: How 60 residents of a small Missouri town banded together 38 years ago to kill a gun-toting bully who terrorized residents and then ALL kept silent during the police investigation

Ken Rex McElroy, 52, was killed in Skidmore, Missouri, by townspeople in 1981

Now, that story is being told in a new documentary series No One Saw a Thing Mr. Leigh presented this paper at the 2019 Abbeville Institute Summer School on The New South.

Historians have reinterpreted Civil War Reconstruction over the past fifty years. Shortly before the Centennial it was commonly believed that the chief aim of the Republican-dominated Congress was to ensure lasting Party control of the federal government by creating a reliable voting bloc in the South for which improved racial status among blacks was a coupled, but secondary, objective. By the Sesquicentennial, however, it had become the accepted view that the Republican desire for racial equality was untainted by anything more than negligible self interest. Consequently, the presently dominant race-centric focus on Reconstruction minimizes factors that affected all Southerners of all races.


More @ The Abbeville Institute
Posted by Brock Townsend at Monday, August 05, 2019 No comments:

A Side to Fight On


The language of genocide (against whites) has been in use for a long time and has recently been picked up by representatives and senators. That’s how far we have come.

We are reminded that discussing the crimes committed and conspiracies hatched by the FBI will be considered terrorist activity just as those crimes and conspiracies were about to break and the false flag engineers were careful to leave “white nationalist” posts on one of the shooters Facebook pages.
No, I don’t know that El Paso was a false flag, but theremhave been so many and it seems to get worse every time the government does not ban weapons that it appears to be agenda-
driven. That is just an observation from someone who has been pretty accurately predicting the moves and motives of the federal government for more than a decade.

When gun owners did not react favorably to the Red Flag laws by turning in their weapons, they were just asking to have the heat turned up. When resistance to Red Flag laws and their absence of due process began to get traction, they ensured it. It has gone this way over and over since Columbine and whether the cart is in front of the horse or behind makes no difference,there is always a cart and always a horse in the scenario.

Donald Trump is not helping matters. It is his DOJ, though he does not seem to be in touch with their activities on a daily basis, as someone who understands the role of the presidentshould. His failure to address the slow-motion coup effectively and immediately has led to this understanding by the FBI thatthey will not be held accountable, no matter how vile and inhumane their actions, no matter how illegal or corrupt their activities. So, they press on. If one objectively looks at the actions of the federal government and does not see a correlation between that and what King George III practiced as a means of “controlling” the colonists, then they don’t want to get it, don’t want to see it and
are complicit with it.

When a government commits an act, they understand the consequences. King George knew what the Stamp Act would do; he understood what the Tea Tax would do; he understood that his spies would engender resentment and the harder he tried to clamp down, the more resistance would grow. His intent was to flush out the rebels and squash them. Sound familiar? Our own government
understands this, too. They cannot let us live in peace, because their agenda is to control us, to control everything, but we do not see them “controlling” Antifa, because they know what would happen then, too. That is the sort of tyranny they want, the sort of chaos that enables their tightening noose.

We have come far enough down this road to see that the “good cop” myth is just that, a myth. If there were Constitutionally-bound agents, where are they? Why have thenot utilized whatever weight they have to address the crimes against the republic committed by their leaders? This is no longer a struggle between the legal and illegal, this is a matter of principles and lack of principles.
I don’t know how far down the road it goes; I am surprised to have seen it go this far. There are declared communists walking the halls of congress openly determined to bring down this republic, to turn it into some mobocracy that they control and there is no one within the DOJ or DOD to recognize them as a national security threat? What else can one do, but prepare to defend oneself from that mob?

This should not be a matter of whether the FBI can subdue the patriots, or not. It should not be a test of wills or a measurement of firepower. Why should a patriot have to worry about members of the FBI and their allegiance? Does that not suggest that we have already come too far?
That we are peaceful people, mostly concerned with making a living, trying to live a decent life and provide for our children is why this is not a bigger issue. We believe, beyond all evidence that things will sort themselves out, that there are patriots at every level of society; even in the government.
Grudgingly and only with overwhelming evidence do we come to the conclusion, so clear to those who have suffered the oppression and indignity of communism, that our leaders, our fellow citizens in the FBI and military, have actually switched sides.

Let’s be brutally honest, a few guys with guns are not going to alter the trajectory of the forces allied against the constitutional republic. That will have to come from within, (most likely military) among those dedicated patriots who are at the very center of the outrages, witness to the corrupted justification for the outrages and even participating in the outrages. They have to see them for what they are; they have to see the swastika or the hammer and sickle emerging from the stars and
stripes themselves and reject it. They have to give us a side to fight on.

The newsletter is available by sending an email to tld@tldavis.com and placing in the subject line newsletter tldavis.com.
Posted by Brock Townsend at Monday, August 05, 2019 No comments:

The Death of a Legend: Baron Manfred von Richthofen & the Vickers that may have killed him. Great Pictures 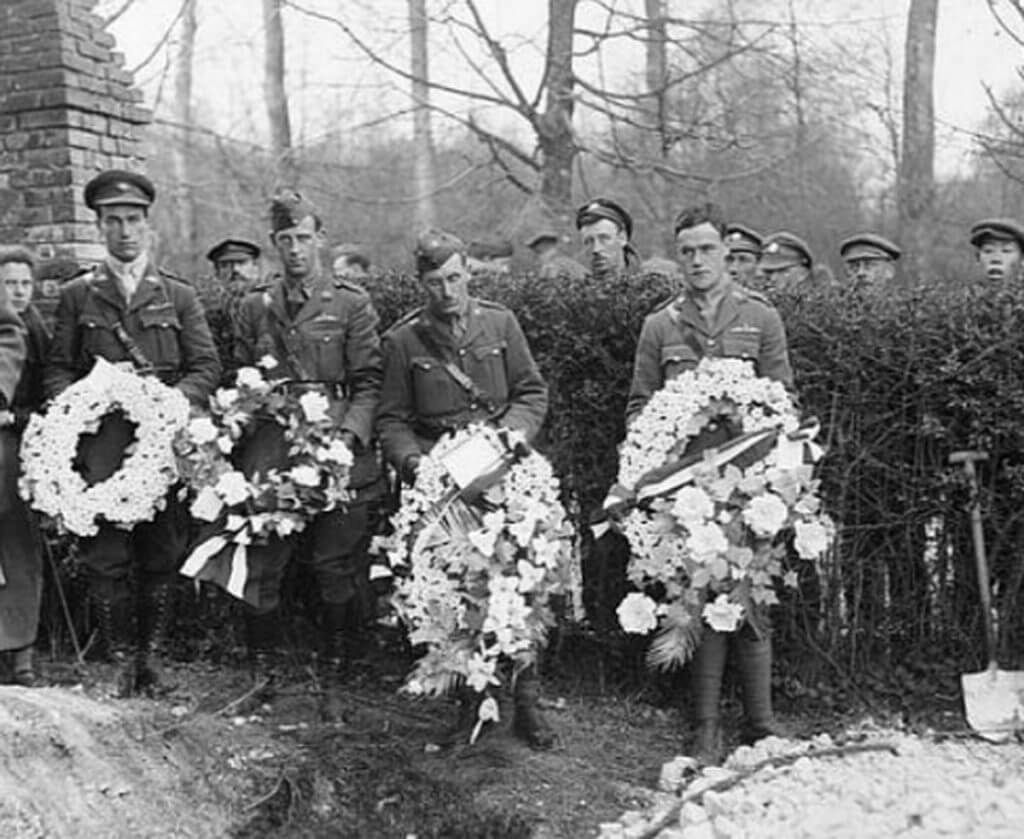 Von Richthofen’s former enemies held the ace in high esteem.
Nearby Allied squadrons sent memorial wreaths, one of which was inscribed with, “To Our Gallant and Worthy Foe.”

The death of Baron Manfred von Richthofen represented a seminal moment in the First World War. The details remain controversial even today. The chin wound seen in this post-mortem photograph stemmed from striking the butt of one of his Maxim guns when he crashed his Fokker Dr.I triplane.

The bullet was of .303-caliber and weighed 174 grains. It entered the man’s chest underneath his right armpit, shattering the ninth rib. The projectile then yawed and tumbled through the right lung, shredding the associated pulmonary vasculature. The bullet subsequently tore through the anterior aspect of the heart and great vessels before exiting lateral the left nipple. Given the catastrophic damage, the man’s blood pressure dropped precipitously. He was unconscious in seconds and dead within a minute. 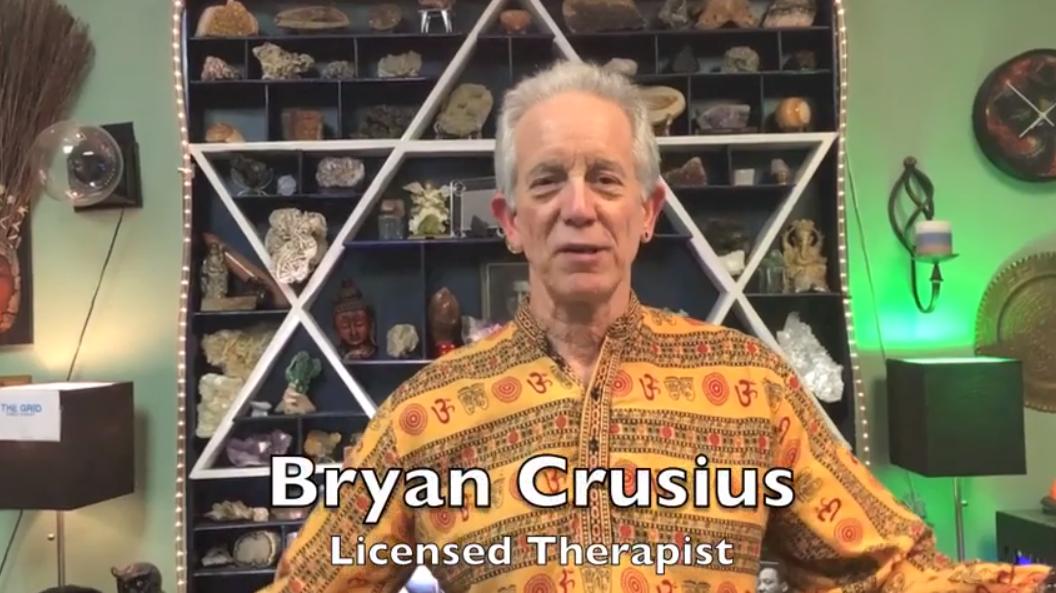 Background Info: The father of the 21-year-old man arrested for the El Paso shooting massacre was a drug addict for almost 40 years and is now an energy healer who claims to have had visions of Jesus Christ and his dead grandmother, DailyMail.com revealed. (Interesting Video Below)
Bryan Crusius, 63, revealed in a 2014 memoir details of the broken home his son grew up in, confessing to decades of drug and alcohol abuse that led to the breakup of both his first marriage and his 18-year relationship with the alleged shooter’s mother. The 2,300 word screed, attributed to the author P.Crucius on one website, speaks of a perceived ‘Hispanic invasion of Texas’; a detailed plan to segregate ethnic minorities into separate territories of the country; and expresses a belief that white people will soon be ‘ethnically replaced.’

His father’s book at least suggest that lengthy and rambling postings are in the family. Crusius Sr, who now works as a licensed therapist and ‘energy and sound medicine practitioner’ in Allen, Texas.

A Letter To America's Fools.

"The reading of this manifesto will have many people either confused or dismissing it as the work of a confused mind.

Reexamination from this perspective, that the two are juxtaposed at one end of the political spectrum rather than at opposite ends certainly brings a different focus if not conclusion about what it says.

For seventy years we have been sold the lie of them being at opposite ends and it has now burdened our nation with a generation of ignorance but utter fools." 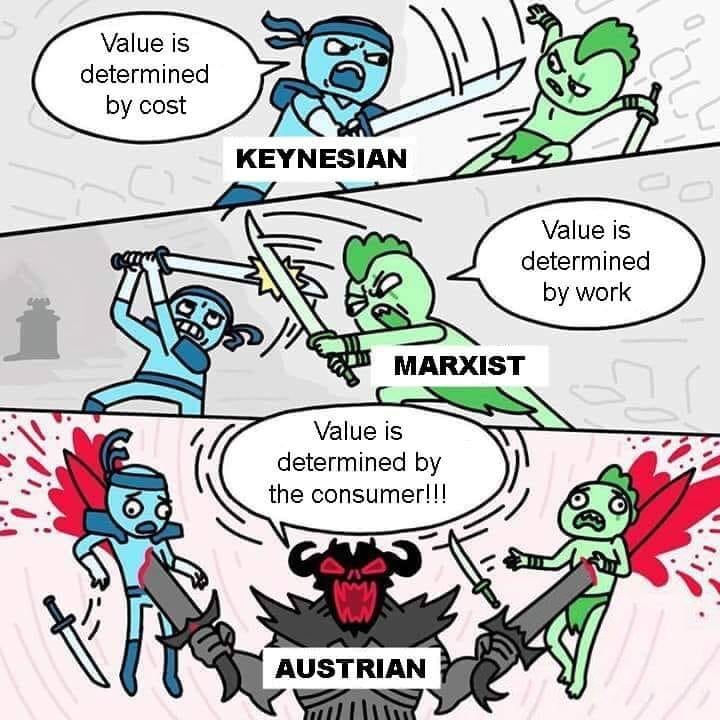 In the 19th century as socialism became the latest rage in European politics the was no distinction made between communism and socialism. There were different types or interpretations of socialism but there was little distinction in the terms of their description. Different protagonists had their own preferences but the terms remained interchangeable even in Marx's writings. By 1875 Marx began to refer to what he called lower and higher forms, earlier vs. later forms of his imagined future perfected society. Nowhere however did he differentiate these states as socialism vs. communism.

Posted by Brock Townsend at Monday, August 05, 2019 No comments: