Just Wonderful: When I Was Little: A tale of life in Mississippi during The War 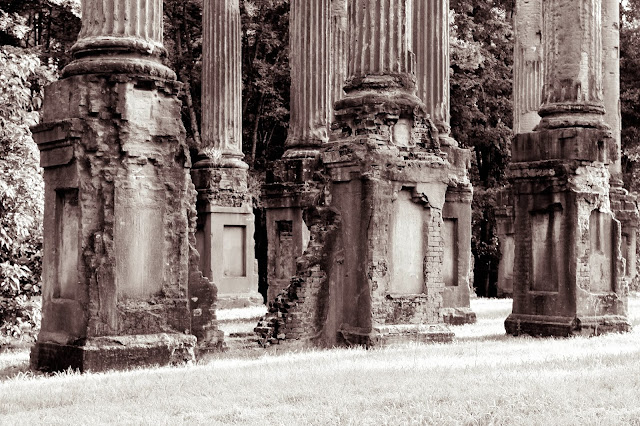 “Tell us about when you were little” was the oft repeated request of two lovely wee girls, my grandchildren and now comes the request that I put it down in writing. Viewed from their own childhood of peace and plenty mine seemed a strange one.

Looking backward to that long ago childhood, the thing that impresses me most was the undaunted courage of my mother. My father, Dr. Reden Nauflet Parker, was a surgeon in the Confederate Army and her four brothers were in the same army. She was left with two little children to care for and get along as best she could. No man to shield and protect her.

In these “Piping Times of Peace” when the Yankees are welcome to our sunny southern climate it seems almost unreal with what dread, “The Yankees are coming” once filled our hearts. The Yankees came and were soon opening trunks, dresser drawers, everything searching for valuables.


More @ The Abbeville Institute
Posted by Brock Townsend at Saturday, November 14, 2015 No comments:

The Barbarians Are Inside, And There Are No Gates

As I write, Paris is under curfew for the first time since the German occupation, and the death toll from the multiple attacks stands at 158, the vast majority of them slaughtered during a concert at the Bataclan theatre, a delightful bit of 19th century Chinoiserie on the boulevard Voltaire. The last time I was there, if memory serves, was to see Julie Pietri. I'm so bloody sick of these savages shooting and bombing and killing and blowing up everything I like - whether it's the town where my little girl's favorite fondue restaurant is or my favorite hotel in Amman or the brave freespeecher who hosted me in Copenhagen ...or a music hall where I liked to go to hear a little jazz and pop and get away from the cares of the world for a couple of hours.

But look at the photographs from Paris: there's nowhere to get away from it; the barbarians who yell "Allahu Akbar!" are there waiting for you ...when you go to a soccer match, you go to a concert, you go for a drink on a Friday night. They're there on the train... at the magazine office... in the Kosher supermarket... at the museum in Brussels... outside the barracks in Woolwich...

Twenty-four hours ago, I said on the radio apropos the latest campus "safe space" nonsense:


This is what we're going to be talking about when the mullahs nuke us.

A nationalist march is underway in Warsaw to commemorate Poland's Independence Day, with authorities bracing themselves for a crowd of around 50,000. Marches in recent years have turned violent, with police using rubber bullets and water cannons.
The Independence March – an annual event marking the anniversary of the country gaining autonomy from Russia, Prussia, and Austria in 1918, following 123 years of partitions – is organized by the National Front Group. It is seen as a showcase for anti-EU politicians who are seeking to revive Polish nationalism. Such politicians accuse the EU of being the biggest threat to the country's sovereignty.


More with video @ RT
Posted by Brock Townsend at Saturday, November 14, 2015 No comments:


@ The Appalachian Messenger
Posted by Brock Townsend at Saturday, November 14, 2015 No comments:

The VMFA Virginia Museum of Fine Arts has chosen to ignore the request of hundreds of citizens to cancel or relocate the disrespectful light and sound "funhouse" show scheduled at the Confederate Memorial Chapel this weekend, and is moving forward with its plans to host the event.

Communism needs children. Only children will obey the tyranny of adult delusions without question.

Only the young are naïve enough to hate all authority and to destroy all achievement. For youth, Communism is not a delusion but an exciting, heroic cause.


Cambodia’s Pol Pot knew this. He overtook his country on April 17, 1975, with a huge gang of young teenagers called the Khmer Rouge. Through these obedient subjects, Pol Pot The Tuol Sleng Museum, Phnom Penh, Cambodia ) murdered nearly 2 million people of his own nation, one-third of the population. In less than four years, Pol Pot created a society of pure Communism—ghastly, murderous tyranny.

Posted by Brock Townsend at Saturday, November 14, 2015 No comments: