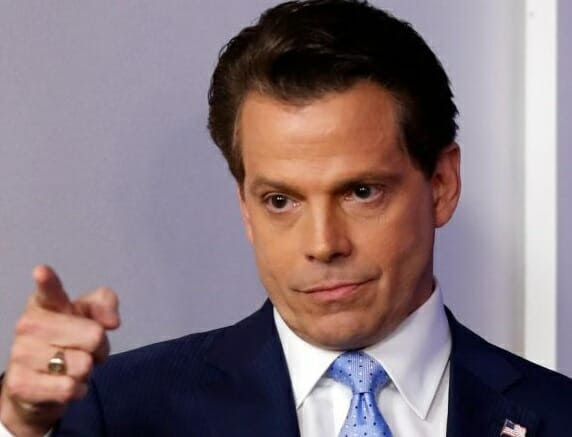 “An effective Comms shop will dictate the news of the day on most days,” former White House Communications Director Anthony Scaramucci wrote in a rough draft of a memo sent to Cernovich Media. Under Mooch, the White House would focus more on creating content directly for the people rather than responding to the “news of the days” others created.

The Mooch Memo listed five priorities, including “Make the News — We go First,” and “Filling the Content Void.” Under Mooch, White House comms was going to be more aggressive and content based: “Comms needs to be run like a news channel with producers, scripts, and narration.”

Mooch understands new media, and viewed his job as setting rather than responding to news cycles. The Mooch Memo provides:

Dr. Paul Craig Roberts agrees that Democrats, RINO Republicans, military complex and the Deep State want Donald Trump removed from the White House at any and all costs.

“That’s correct and, again, it’s several different interests.  The Democrats want him out because they want to be vindicated that he stole the election from them through some form of collusion with the Russians.  The military security complex want him out because they see him as a threat to their budget.  Trump normalizing relations with Russia—they don’t want that.  They need an enemy. The talk of pulling out of Syria also annoyed them.  They don’t want to give up these wars that keep people worried and willing to support the military. . . . The media is mad because Trump disproved all the smart people’s predictions of Hillary being a shoe-in.  Plus, Trump is elected by Americans considered to be deplorable.  The deplorables are white heterosexual males.  They are racist.  They are sexist.  They are homophobes.  They are gun nuts, and these are illegitimate people.  These illegitimate people elected Trump when all of the good people wanted to elect Hillary.  So, you have that kind of left wing crazed ideological element, as well. So, all of these things conspire against Donald Trump.

What is going on is essentially what Attorney General Robert Jackson warned all U.S. Attorneys about in 1940.  He said it is impermissible to pick a person and then go look for some crime he may have committed. . . . And, yet, that’s what the Special Prosecutor is doing in the case of Trump.  We have no evidence of any crime.  Even if there was some kind of Russian collusion, it’s not illegal.  It’s normal for incoming governments to have open discussions with foreign governments.  It happens in every administration.  It’s part of the transition team. . . In the case of Trump, there is no crime, but now there is a wide ranging investigation that has gone far beyond any sort of Russian contacts.” 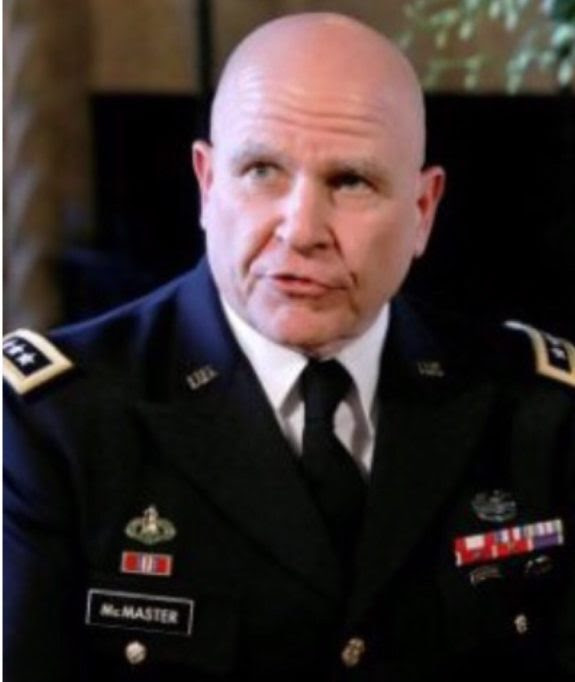 As The Gateway Pundit previously reported, Sara Carter of Circa News said her sources told her that NatSec Advisor, H.R. McMaster has been communicating White House internal politics to Deep State Acting FBI Director Andy McCabe. Carter then implied that more White House shake-ups are perhaps on the horizon.

We have long suspected H.R. McMaster to be a globalist. As TGP previously reported, Susan Rice wanted General Flynn out. After McMaster was brought in to replace Flynn, she took to her Twitter account to congratulate him and said, “Hope you will be able to choose your team, have direct reporting and daily access to POTUS, and can eliminate Strategic Initiatives Group.”

The Atlantic also reported earlier Wednesday that NSC official, Rich Higgins, a member of the Nationalist faction of the White House, was fired after penning a memo outlining the Deep State threats facing President Trump.


More @ The Gateway Pundit
Posted by Brock Townsend at Wednesday, August 02, 2017 No comments:

il·le·gal a·li·en
A foreign national who is living w/o authorization in a country of which they are not a citizen.

Senate Republican leaders have said they intend to move on from legislation that would repeal and replace portions of Obamacare, but House Freedom Caucus Chairman Mark Meadows signaled that the Trump administration and other members of Congress aren't ready to give up the fight.

"We're not done with that," the North Carolina Republican said about healthcare efforts, speaking at an event Wednesday on tax reform at the Newseum.

Meadows said he had been working with leadership and with the administration on repeal and replacement efforts "as recently as this morning."

Russian Prime Minister Dmitry Medvedev: Congress sees Trump as "an incompetent player" who must be "liquidated".

In a Facebook post specifically referencing Trump, the Russian Prime Minister Dmitry Medvedev (No. 2 only to Putin), warned that Congress sees Trump as "an incompetent player" who must be "liquidated".

Yes, you read that right.

While Medvedev is suggesting that Congress will liquidate Trump for opposing their efforts to sanction Russia, this also reeks of a Russian warning to Trump specifically. The rest of Medvedev's post was equally aggressive. He suggested that Trump has shown "complete impotence, in the most humiliating manner, transferring executive powers to Congress" and that this is the "beginning of full-fledged trade war" and "the end of our hopes of improving relations with the new administration."

The Military Refusing An Order Is Bad, No Matter How It Looks

That should give all Americans pause when leaders of our civilian-controlled military publicly say they may refuse to follow an order they disagree with.

In our present political climate, members of the military and intelligence services who openly speak out against the president are hailed as heroes. Leaking to harm the administration is considered a moral imperative. Mainstream figures have openly urged military commanders to disobey orders from the president.


The commander in chief is receiving pushback against his intent to ban transgender enlistment from one of his top subordinates.

Coast Guard Commandant Admiral Paul Zukunft announced Tuesday that he would not “break faith” with the transgender members of his service. The Coast Guard only has 13 trans service members, and it’s not entirely clear what will happen to them once the president’s order is implemented.

But it is very peculiar a high-profile figure like Admiral Zukunft would state he may refuse to follow an order from his commander in chief.

We Long to be Free!

An Address given on the Occasion of the Observance of Confederate Flag Day
Raleigh, North Carolina | 03 March 2017

SEVEN SCORE AND SIXTEEN YEARS AGO, our fathers brought forth on this continent a new union, freely chosen and legally adopted by eleven Southern States with the consent of the people, and expressed through their chosen delegates in solemn assembly; and being dedicated to the principles handed down to them from their own fathers as a birth right and as an inheritance, namely:

That whenever any Form of Government becomes destructive of the stated purposes for which it was expressly created; that it is the right, indeed, it is the duty, of the people of the states to alter or to abolish the existing order, and to institute a new government, laying its foundation on such principles and organizing its powers in such form, as to them and them alone shall seem the most likely to affect their Safety and Happiness.

Beginning with the earliest intercourse between the colonies, through the adoption of the Articles of Confederation, the ratification of the United States Constitution, and compromises and concessions too numerous to count, the social, economic, ideological, and cultural differences between the Northern and Southern sections of the Union—which had always existed—became a situation that could no longer be ignored or “fixed.”

Via Quan Nguyen Thanh "These pictures are of Pleiku AB in 1965-66. Airman in photo is believed to be Phil Boneta assignment unknown. I was assigned to 633rd Combat Support Group from 1966 to 1967. Photos and caption by Butch Chavez."

Posted by Brock Townsend at Wednesday, August 02, 2017 No comments:

Last of a dying breed: Footage from 1917 shows American troops training their cavalry for WW1 battle shortly before horses were replaced by tanks

Via David "My grandfather started out in the cavalry but transferred to artillery before going overseas in WWI." 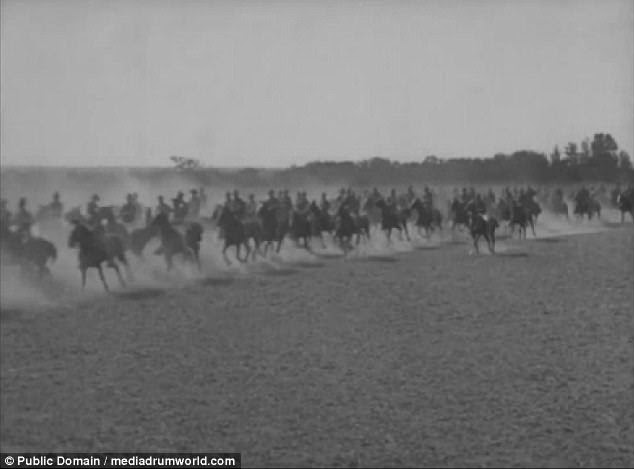 Video from 1917 shows horses forming up as their riders practice mounting and dismounting in unison, charging the enemy and moving over rough terrain.

Cavalry units were viewed as an essential attacking weapon at the start of the war and used extensively by all forces, though by the time America joined in April 1917 they were fast being replaced by tanks.

Beartooth: An off the grid network for your smartphone

@ Beartooth
Posted by Brock Townsend at Wednesday, August 02, 2017 No comments: 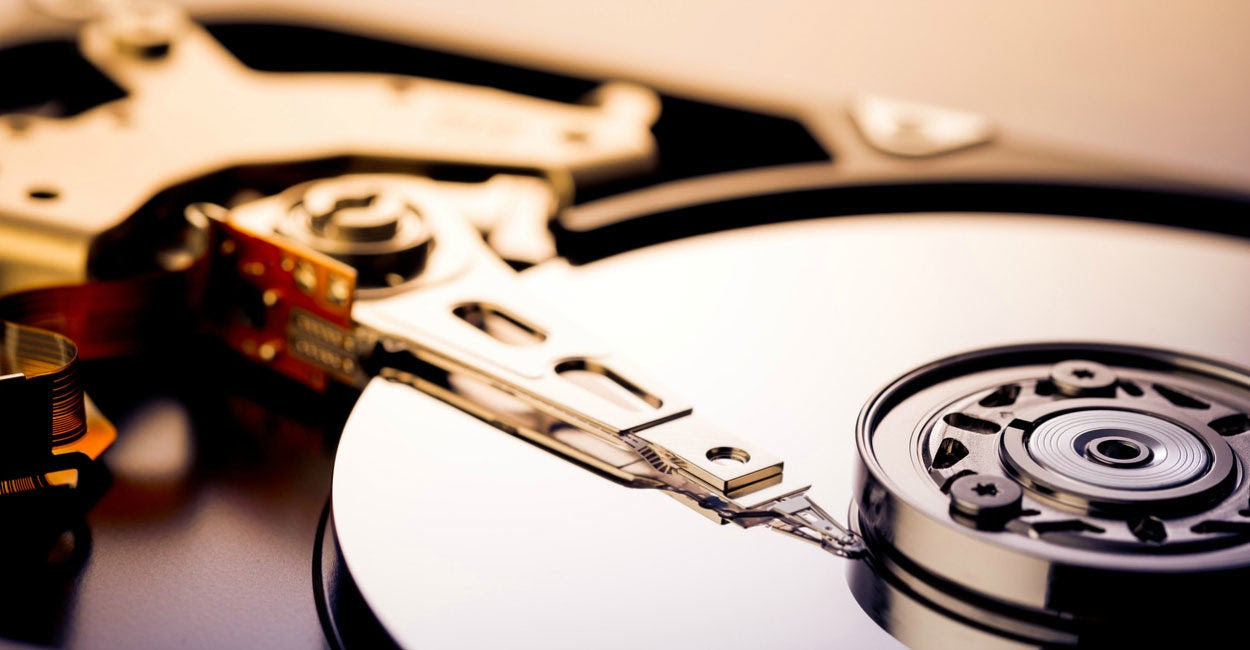 Somebody must have thought they were hiding something by smashing the computer hard drives the FBI recovered from the home of Imran Awan, the former information technology aide to Rep. Debbie Wasserman Schultz, D-Fla.

But odds are excellent they were wrong. Federal law enforcement authorities may have already recovered and read whatever was on those hard drives.

“It depends on what happens, but even if it is hit with a hammer, it probably doesn’t damage the platters that actually hold the data, which remains recoverable,” said Tom Hakim, engineering supervisor for WeRecoverData.com, a New York-based lab that specializes in difficult digital retrieval.


More @ The Daily Signal
Posted by Brock Townsend at Wednesday, August 02, 2017 No comments: 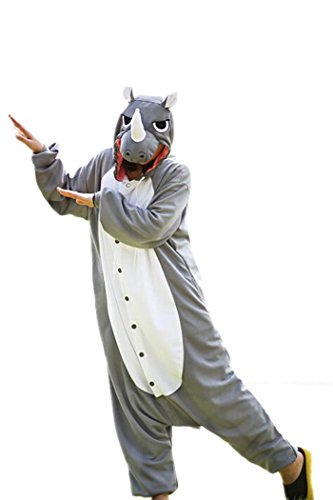 At 11:00 am on Thursday, August 3, Grass Roots North Carolina will hold NC Senate Republicans accountable for the Senate’s failure to pass House Bill 746 (“Omnibus Gun Changes”) which would, among other things, bring North Carolina onboard with the 13 states which have already passed permitless carry of concealed handguns. The event will be held at the Halifax Mall at the NC General Assembly.

Surprise — the program is vastly more expensive than originally billed, par for the course with government spending.


In 2010, desperate to get the projected cost of ObamaCare under $1 trillion, Democrats used accounting gimmicks and sleight-of-hand to achieve their goal. This included collecting ObamaCare taxes from Day One while pushing off full implementation, and therefore the costs, for half a decade, and stripping $700 billion from Medicare to help pay for ObamaCare.

But one largely overlooked gimmick was Barack Obama’s federal takeover of the student loan industry.

As Democrats told it, evil, greedy private lenders were preying on poor, hapless college students, loaning them tens of thousands of dollars for college tuition, and then having the audacity to expect the loans to be repaid. Democrats promised the federal takeover would bring lower rates and friendlier repayment terms. For hundreds of thousands of students, this has worked out fantastically.