The Justice Department dealt a stunning blow to former Acting FBI Director Andrew McCabe on Friday night, firing him just days before he would have been eligible for a lifetime pension after determining that he lied to investigators reviewing the bureau’s probe of Hillary Clinton’s email server.

"Pursuant to Department Order 1202, and based on the report of the Inspector General, the findings of the FBI Office of Professional Responsibility, and the recommendation of the Department’s senior career official, I have terminated the employment of Andrew McCabe effective immediately," Attorney General Jeff Sessions said in a statement. The complex issues which have and continue to divide America’s North and South have a long and at times violent history, as well as having involved an extensive list of differences.  Almost a century before the War Between the States and even prior to the establishment of a formal geographic boundary roughly dividing the two sections along the thirty-ninth parallel, there had been open warfare between Northern and Southern interests.   In 1730, a border dispute arose along the Susquehanna River in the Conejohela Valley that separated the British Colonies of Maryland and Pennsylvania.  At that time, groups of German farmers from Pennsylvania crossed the river and began settling on land claimed by Maryland.  The basic problem involved the original land grants issued to the two Colonies by the British crown, Maryland’s in 1632 and Pennsylvania’s in 1681.

The Pennsylvania grant, however, was based on an inexact map of the territory along the thirty-ninth parallel, one which actually placed the Philadelphia area within the Maryland Colony. Based on their understanding of the border in the Conejohela Valley, the Pennsylvanians felt they had a legal right to the land upon which they had settled.  The number of incidents in that area continued to grow during the next few years, and finally erupted into an armed conflict in 1736 known as Cresap’s War that involved militias from both Colonies.  The actual spark that ignited the two-years of open warfare was when a Maryland ferryman on the Susquehanna River, Thomas Cresap, fought back after the five hundred acre property ceded to him by the Maryland government had been invaded by Pennsylvanian settlers.  The incident finally drew in the militias from both Colonies and resulted in a number of armed skirmishes all along the disputed border.


More @ The Abbeville Institute
Posted by Brock Townsend at Friday, March 16, 2018 No comments: Links to this post 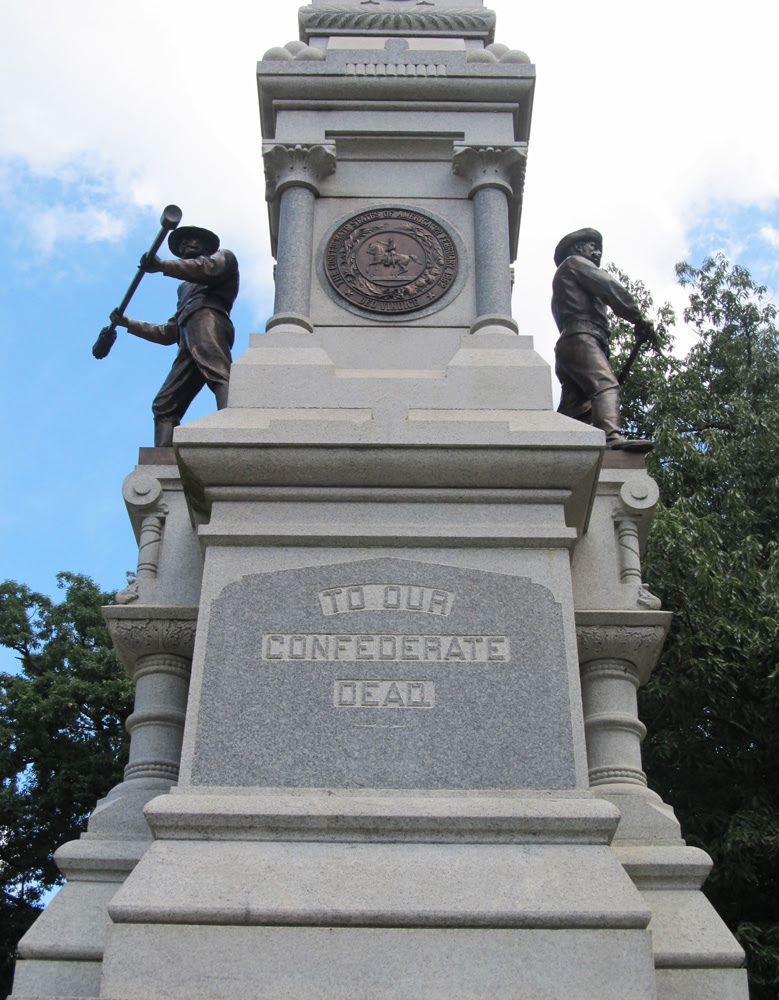 The public will have a chance to comment before Governor Roy Cooper's tribunal on the future of Confederate monuments in North Carolina at an upcoming public meeting.

The meeting is scheduled for March 21 in the auditorium of the North Carolina State Archives in downtown Raleigh and will run from 1:30 p.m. to 3:30 p.m. The chair of the committee will have the option to extend the meeting by one hour, if he feels as though more comments are needed.

Speakers will be limited to one minute and will address the committee in the order they signed up. The committee chair will also have the option to divert from that list to ask for speakers representing a different viewpoint, if he feels that too many people are speaking in favor of retaining the monuments.

Public comments can also be made through an online portal.

Committee members said on Monday that more than 3,700 messages had already been received.

The five-member panel is scheduled to bring a report back to the full Historical Commission next month before that body considers options regarding Governor Cooper's demand that the monuments be removed.
Posted by Brock Townsend at Friday, March 16, 2018 No comments: Links to this post

Oakland Mayor has Blood on her Hands

Posted by Brock Townsend at Friday, March 16, 2018 No comments: Links to this post

The Afrikaner settlement of Orania in South Africa—a project which has mapped out a survival strategy for Europeans in regions overrun by the Third World—is going from strength to strength and this year has seen its school population rise to unprecedented numbers.

A Facebook post made by the Oraniabeweging (Orania Movement) proudly boasts of the record enrolment at the beginning of the 2018 school year, with one of the town’s two schools having to hurriedly build extra classrooms to accommodate the new pupils.

According to the Facebook post, the Orania Christelik Volkseie Onderwys (Christian Own People Education, CVO) opened “with the largest number of pupils in its history” this year.

“For the first time, the school has more than 240 pupils. The school now employs more than 30 people, and four new staff members have had to be employed.”

More with pictures @ The New Observer
Posted by Brock Townsend at Friday, March 16, 2018 No comments: Links to this post

Another ludicrous example of big tech censorship occurred when Instagram removed a photo of a young woman wearing a ‘Make America Great Again’ hat for violating its community guidelines.

“Instagram removed my picture of me and my MAGA hat on. WTF?” tweeted Kathy Zhu

Membership in Gun Groups Is Spiking After the Florida Shooting


The National Rifle Association and its allies have found their political influence under fresh scrutiny as gun control advocates push for new restrictions and corporations sever their ties in the wake of the deadly high school shooting last month in Parkland, Florida. But outside the gun control debate in Washington, membership in the NRA and gun rights groups across the country, which includes more than five million Americans, is spiking, according to people familiar with the numbers.

The spike isn’t a surprise, as such increases happen whenever people feel their Second Amendment rights are under threat, and many groups reported similar surges after the 2012 shooting at Sandy Hook Elementary School in Newtown, Connecticut. But as gun control groups seek to use the anti-NRA backlash to mobilize their grassroots, recruitment this time seems to have taken on a more urgent tone.

Posted by Brock Townsend at Friday, March 16, 2018 2 comments: Links to this post


Republican leadership is going to fund sanctuary cities in the must-pass spending bill next week, giving Democrats a huge victory while simultaneously undercutting conservatives who put them in power, a senior GOP aide told The Daily Caller News Foundation.

“House and Senate leadership has rolled over and played dead on border security. When it comes to a border wall, they say it is not our problem. When it comes to funding sanctuary cities, they say it is not our problem. What they are essentially saying is we are going to pass bills with more Democrats than Republicans,” the aide told TheDCNF. “This is a sign to administration that leadership doesn’t care what the White House wants. Even though GOP members ran on these issues. Conservatives mean it. The administration means it.”


More @ The Daily Caller
Posted by Brock Townsend at Friday, March 16, 2018 7 comments: Links to this post 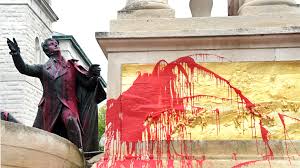 Baltimore's monument to the man who wrote the "Star-Spangled Banner" was defaced Tuesday night, with the words "Racist Anthem" scrawled in black.

The phrase was written at the base of the concrete and marble Francis Scott Key monument. Besides the black lettering, the structure was splashed with red and black paint.

On the ground near the monument, words from the third stanza of Key's famous poem were painted in black, according to the Baltimore Sun: "No refuge could save, hireling or slave, from terror of flight, or gloom of grave." 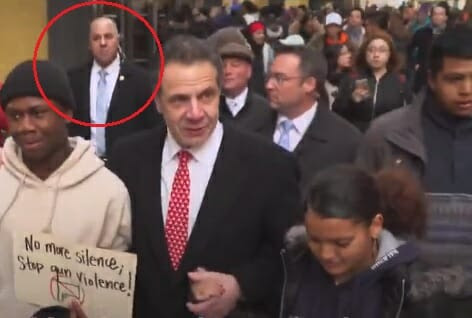 It would have been more impressive if the governor was not surrounded by armed guards.


More @ The Gateway Pundit
Posted by Brock Townsend at Friday, March 16, 2018 No comments: Links to this post

Will McMaster be Removed?

"Just spoke to @POTUS and Gen. H.R. McMaster - contrary to reports they have a good working relationship and there are no changes at the NSC."


Interesting choice of words by Sarah Sanders. Perhaps McMaster will officially be out on Friday? Or was this a strategic leak to catch leakers? We will soon find out.


More @ The Gateway Pundit
Posted by Brock Townsend at Friday, March 16, 2018 2 comments: Links to this post

Has Trump Opened the Door?

Via John "This is a real dilemma. We don't want murderous loons legally acquiring firearms.
Let them get their guns ILLEGALLY, like criminals do.   On the other hand, we do  not want governments deciding to strip constitutionally guaranteed rights based  on arbitrary and capricious standards that they choose to dream up. Folks, we're on the slippery slope now......" 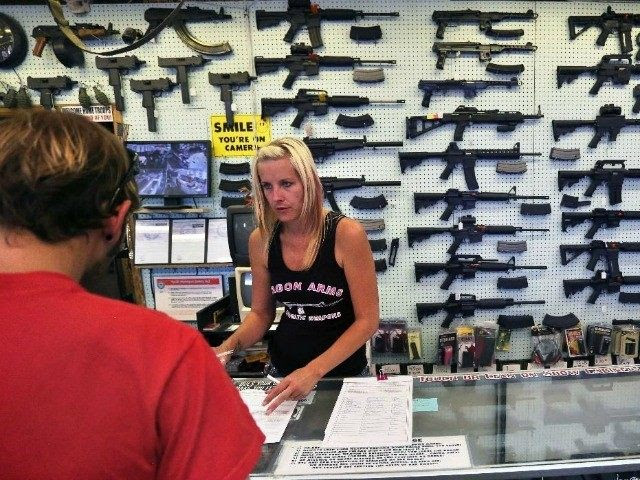 Sagacious gun owners have always known that the ultimate goal of gun control extremists such as Chuck Schumer, Nancy Pelosi, Dianne Feinstein, et al., has always been gun confiscation. The plan is not to “control” the private ownership of firearms; it is to PROHIBIT the private ownership of firearms. Enacting ever-encroaching gun control laws is simply an incremental means to the ultimate end of gun confiscation and prohibition. 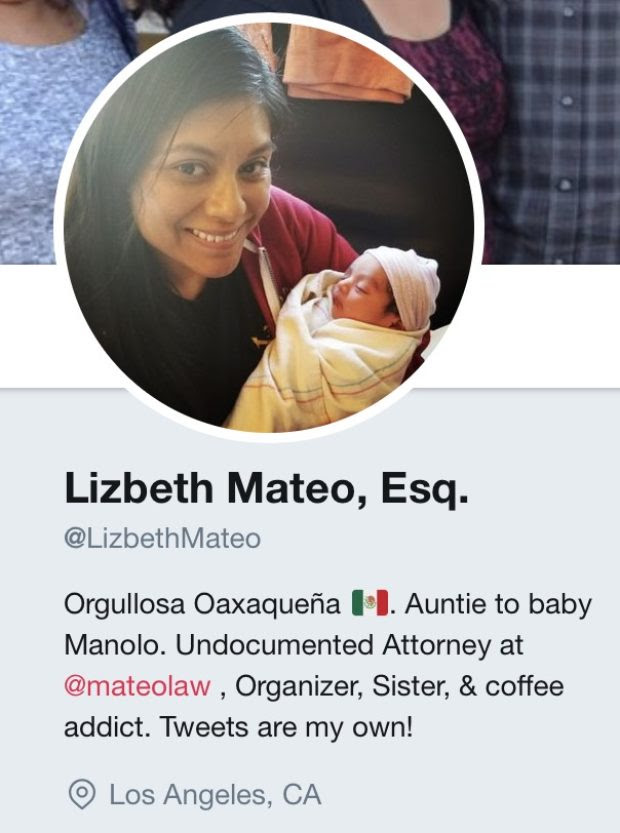 Lizbeth Mateo, an illegal alien and citizen of Mexico who came to the country with her parents when she was 14, is the first undocumented person to be appointed to a statewide government job in the United States. The job, to serve on the California Student Opportunity and Access Program Project Grant Advisory Committee, is an official government position that seeks to aid poor and “underserved communities” in gaining access to college.


More @ The Daily Caller
Posted by Brock Townsend at Friday, March 16, 2018 6 comments: Links to this post