Here are several things you need to know if coming to the VCDL Lobby Day on January 20th.

PARKING: If you are coming by car, there will be a satellite parking area at the Diamond located at 3001 N Arthur Ashe Blvd, Richmond, VA 23230. The entrance to the parking lot is round the corner on Robin Hood Road. VCDL will be running shuttle buses from the Diamond to 9th and Broad Streets from 7:00 am to 3:00 pm. Shuttle bus and parking are free, but if you want to make a donation to help cover the cost you can donate online by going to vcdl.org/donate. Street parking and local private garages will fill up quickly and we are trying to keep the traffic congestion around the area as low as possible.

Dan Bongino: Soleimani Just 'Having a Pulse' Was an Imminent Threat

But the amount of foolishness percolating through the mainstream media and the Democratic Party in the wake of the Jan. 2 drone strike that killed Iranian terror general Qassem Soleimani had even a veteran media watcher like Bongino spitting fire.

AG William Barr: Shooting at a Pensacola, Fla., military base an "act of terrorism" and motivated by "jihadist ideology." Attorney General William Barr announced Monday that a December shooting at a Pensacola, Fla., military base that left three dead was an "act of terrorism" and that the shooter was motivated by "jihadist ideology."

Barr made the comments while delivering the results from a monthlong investigation into the attack, which was carried out by a member of the Royal Saudi Air Force who had enrolled in the Naval Air Station Pensacola training program.

Barr said that Lt. Mohammed Saeed Alshamrani killed three U.S. sailors and wounded eight others after entering the grounds of the Naval station on Dec. 6. Alshamrani was shot and killed by police amid the massacre. 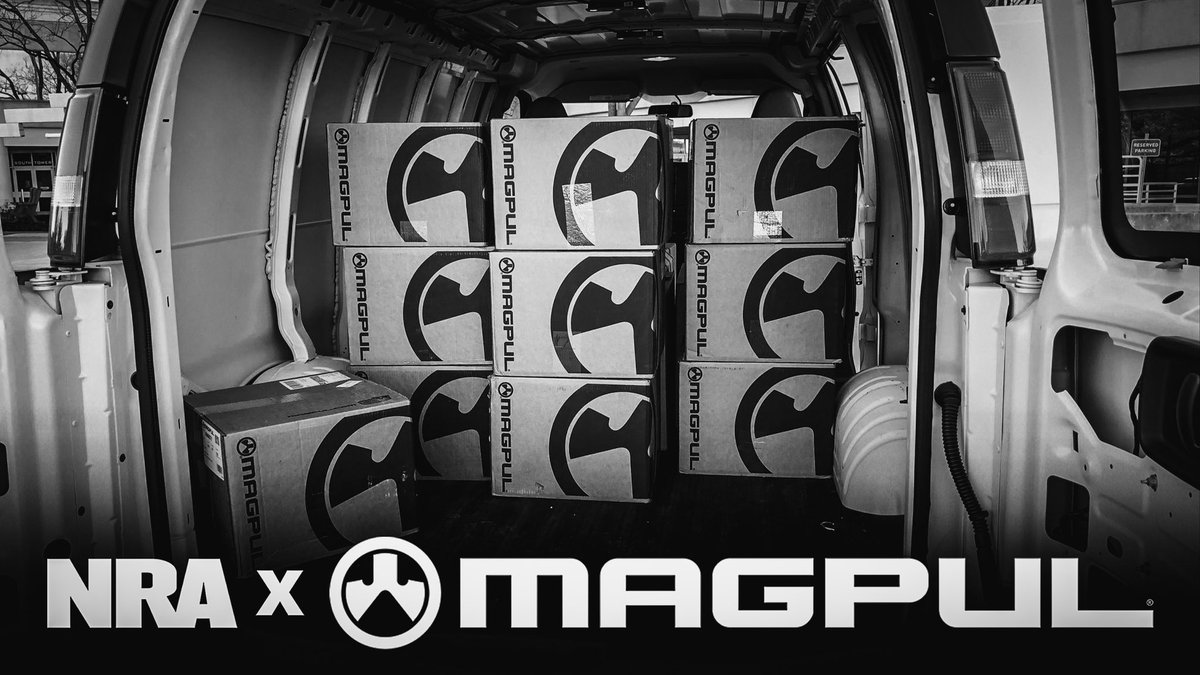 With restrictions on gun rights high on the agenda of Virginia’s Democratic legislature and governor, the National Rifle Association organized an “emergency airlift” to allow the state’s gun owners to get their hands on 30-round magazines before they might be banned.

According to a tweet from the NRA on Sunday, 1,000 magazines were to be distributed Monday to gun rights supporters attending a state Senate subcommittee meeting in Richmond.

The NRA said Magpul Industries, which manufactures gun magazines and accessories, sent the magazines to the NRA.

What is Bullet Weight? Bullet weight is a critical component in the accuracy and performance of a firearm. The critical role it plays can be somewhat confusing for new shooters. Armed with a few simple facts you may be surprised how a few quick experiments during your next range session can bring out more of your firearm’s hidden potential.

We’re lucky. These days, reloading is no longer mandatory. It wasn’t long ago, if you wanted a specific load, you had to essentially make it yourself. Today, there’s no shortage of factory-loaded cartridges offering different weight bullets—with identical or nearly identical shapes and designs—available for sale. Widener’s offers a huge selection and, to help newcomers dial better into the options, we’ll start with a brief refresher on interpreting the information printed on commercially available ammunition.

Trump's average unemployment rate is the lowest in recorded history & Data from Trump’s Ohio Rally: 42.8% of Attendees Identified as Either Democratic or Independent 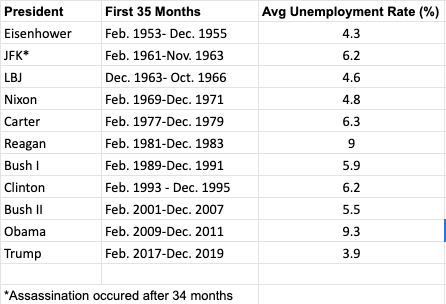 President Trump starts off 2020 having presided over a lower average unemployment rate than any president at a comparable point in office in recorded history.

On Friday, the Bureau of Labor Statistics reported that the unemployment rate held steady at a historically low 3.5% in December. Since February 2017, Trump's first full month in office, the monthly unemployment rate has averaged 3.9%. No prior president has averaged less than 4% over the first 35 months of his presidency. The closest was Dwight Eisenhower, when the rate averaged 4.3% between February 1953 and December 1955.

Modern unemployment statistics did not start being kept until 1948, after Harry Truman's first 35 months in office, so this analysis only starts with Eisenhower. Nonetheless, it does point to the unprecedented nature of this consistently low level of unemployment.

Stunning Data from Trump’s Ohio Rally: 42.8% of Attendees Identified as Either Democratic or Independent

Posted by Brock Townsend at Monday, January 13, 2020 No comments:

The M+M trigger is built in house, and apparently from Unicorn dust. While it does have some typical AK take up, it breaks crisply at 2 pounds, 8 ounces. Consistently. That is not a typo. It is a sub 3 pound, very nice, AK-47 trigger. I was actually so blown away by its awesomeness that I had to stop recording the video for a while, just to press it over and over.

A gun review 2 years in the making has finally happened, and I for one could not be more excited! The M10X has finally arrived, and what timing! We rarely see true innovation in the firearms industry, and rarer still in 7.62×39. But this one is going to rock your socks off.

Why the wait? A stranger story than you think, especially if you have seen the M10X for sale everywhere but the United States. That isn’t uncommon for imports, as they do the State Department and ATF dance to get approval to bring them in. But the M10X is 100% made in Colorado, by M+M Industries. Huh?