The recently passed VA bill is a joke 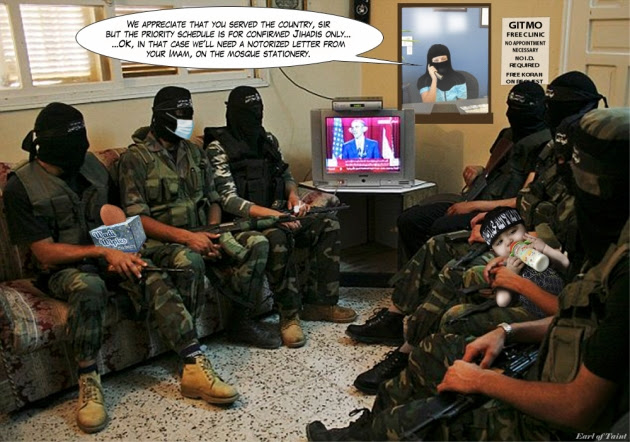 More @ Welcome To The Rightly Guided

*******************************************
So, I called the VA and asked how I would go about using a private doctor now that this bill has been passed, as I'm  180 miles from one of my VA doctors and 80 miles from another.  The bill states if you are more than 40 miles away or can't get an appointment within a month then you would be eligible for civilian care.  Well, lo and behold it only applies to those who were authorized VA health benefits after August 1st of this year!  Amazing, so only the newbies, who have never had to put up with this crap, will benefit, but those who have been enduring such for innumerable years will continue to do so, ad infintum. Talk about a feel good-do nothing bill..
Posted by Brock Townsend at Sunday, August 17, 2014 3 comments: Links to this post

Posted by Brock Townsend at Sunday, August 17, 2014 No comments: Links to this post

More staggering similarities between the Mike Brown and Trayvon Martin can be found in their street memorials.  In addition to the Blunts, Cigars and Liquor you find the ingredients for the intoxicants “Sizzurp” and “Lean” (fruit juice and cough syrup).

Why Did “Democrat” Governor Of Missouri Put Captain Ron Johnson In Charge of Ferguson, Missouri?

Yes, it’s a little troubling to see the Captain of the Highway Patrol walking shoulder to shoulder with the notorious “Bloods” street gang.

A disturbing series of events is surfacing.   During the Trayvon Martin narrative in 2012 one of the challenges for the concentric circle of manipulators who sought to construct a false dynamic, intention and motive for George Zimmerman was the facts running counter to their chosen narrative.
Anyone who focused on facts needed to be removed in order for the narrative to advance.

Toward that end in Sanford Florida (2012) the Police Chief, Bill Lee, was removed from authority; then the local prosecutor, Norm Wolfinger, was removed; eventually the local lead Detective, Chris Serino, was removed and replaced with State investigators working for the new “special prosecutor” Angela Corey.

When you are constructing a ruse -based on faulty and imperfect details- control becomes the primary factor.  Everything must be controlled.

In 2012 anything not specifically controlled by those who are shaping events is considered a “risk”.

That “risk” is why a Grand Jury was never used in the Zimmerman case.  The facts and the grand jury were a risk because they specifically ran counter to the claims being advanced.   That’s also why you never saw the results of the FBI investigation into the Zimmerman case – because that investigation showed there was ZERO substance to the claims being made.

It would be entirely possible to write a book on all of the legal and political maneuvers made in 2012, 2013 just to avoid the facts of the Zimmerman case reaching sunlight.

In order to understand what’s going on in 2014 I STRONGLY would recommend you look back to very specific events early in the construction of the Trayvon narrative and contrast those events against what’s happening today:


More @ The Conservative Treehouse
Posted by Brock Townsend at Sunday, August 17, 2014 16 comments: Links to this post 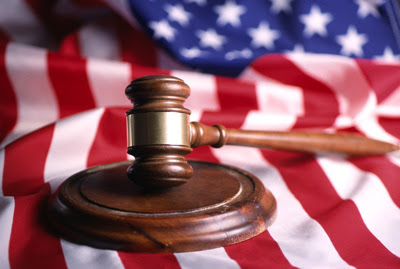 The Clinton-appointed judge went through double-jointed judicial contortions, revealing politically-motivated hostilities to be dissected by no shortage of legal scholars and pundits.


More @ Cheaper Than Dirt
Posted by Brock Townsend at Sunday, August 17, 2014 14 comments: Links to this post

Looters in Ferguson, Mo., were met with little police resistance Friday night and store owners say they were forced to protect their businesses with their own guns, Fox2Now.com reported.

"I think the first message is to remind all law enforcement that they are hired to serve and protect and if they’re going to sit back and watch looting, they're not serving us; they’re not protecting us," Pastor Robert White told the station.


More @ Fox
Posted by Brock Townsend at Sunday, August 17, 2014 No comments: Links to this post

Hamas puts the FUN in Funeral!


Hamas displays victims of Israeli "aggression" in white burial shrouds. If you look closely, you can see some of the bodies make themselves more comfortable while they think the camera is not on them.
Posted by Brock Townsend at Sunday, August 17, 2014 2 comments: Links to this post

A monster alligator weighing 1011.5 pounds measuring 15 feet long is pictured in Thomaston, Ala. on August 16, 2014. The gator was caught near Camden, Ala., by Mandy Stokes along with her husband John Stokes and her brother-in-law Kevin Jenkins and his two teenage children, Savannah Jenkins, 16, and Parker Jenkins, 14, all of Thomaston, Ala. (Sharon Steinmann/ssteinmann@al.com)

Ferguson and the Changing Attitudes Towards Cops

Via comment by Sioux on An Intrusion of Coproaches: Sheriff Andy is Shown ...

One of the fascinating layers of the Ferguson riot story is how this tragedy has exposed what is a rapidly changing attitudinal climate towards law enforcement officers (LEOs). What was for years a stable predicate -- conservatives being reflexively ‘law and order’ and inherently giving cops the benefit of the doubt -- while liberals with the built in ACLU type disdain for cops tending to always assume the worst of those in power – is now a vortex of confusion, cross currents,and contradictions.

It’s not a total flip-flop of the convention, but it’s moving in that direction. After all, we’ve seen Rand Paul and Eric Holder agree on this in the past week. Did I mention confusing and contradictory?

An Intrusion of Coproaches: Sheriff Andy is Shown the Door

The days of Mayberry RFD are long over and done with. The police serve and protect the rulers and no one else.

Frequent visitors to my site know that cops are a favorite topic here. No political bad actor can possibly deny the freedom of one human being absent the police enforcement mechanism to do so.

Police have been and remain the primary existential threat to human liberty; all on display in the latest clown posse shenanigans in Missouri. The huge statist police occupation of America is Exhibit A of how important that maxim seems to be to the powers that be. The latest mischief by the law enforcers in Ferguson, MO point to some systematic and oft-repeated concerns about police brutality, quickness to violence and secure blanket immunity to ensure that bad cops (is there any other?) evade punishment for crimes that would put the taxpaying proles in the hoosegow.

Like a raft of turkeys or a murder of crows, the city of Ferguson, MO is suffering an intrusion of coproaches and the qualifier appears to be quite accurate.

Hundreds of US Army and USMC after action reports show it to be utterly ineffective at ranges over 300 meters.--- You lose 200FPS for ever inch you cut back a 20 inch AR. The 5.56 X 45 kills by fragmentation and cavitation , the bullet will do nether at any velocity below 2500 to 2700FPS. That means that from a 20 inch AR the maximum range for a one shot kill is 225 yards. From a 16 inch that MAX is 172 yards . from a 14.5 that range drops to 80 yards. From a 10.5 its 35 yards. This is a TACTICOOL fad.-- IMO meant to make its worshipers look like "hard core SF types. I have no Idea who "mosby" is other than the BS posted on the Internet , but he knows less than squat about bullets ammunition or ballistics. NO BODY has EVER "dropped a man at 600 yards" with a 5.56 from a 14.5 inch tube . You MIGHT if you are a Carlos Hathcock class NM shooter , hit the guy at that range , but nothing short of a head (brain) shot will have any more effect than a .22 LR at the same range.

AR pistols are "in the room" point blank choppers that JAM- A LOT. Cops love 'em for the same reason they like black ninja/Nazi uniforms , they think it makes them look all "operator" . The original concept for an "assault rifle" was to have a weapon that was smaller /lighter and used smaller/ lighter ammo at short(400 yards or less) ranges. That is all they are and all they ever were.

Ferguson Protester: "Why Didn't They Shoot Those Looters?"

Posted by Brock Townsend at Sunday, August 17, 2014 2 comments: Links to this post