Via Cousin John "I got one last year and it is a heck of a buy for $20 and free shipping. I do not know how they sell this cheap. I just bought two more." 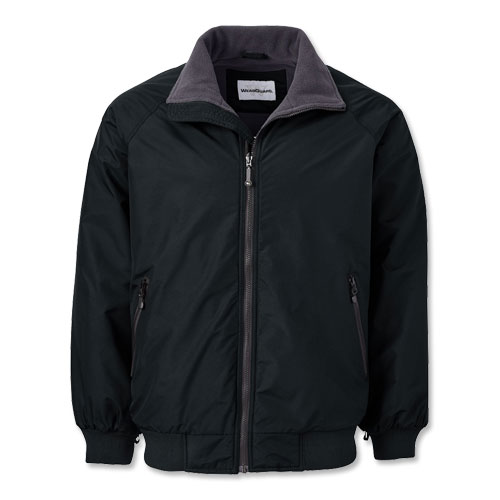 'She Doesn't Want to be White Anymore': 12yo Girl Bullied at Kansas City School for Being White

Via comment by Quartermain on Former DOJ Yoo: Mistake to Close Down any Investig...


Mother:  Get her the hell out of there.

After being violently attacked twice in two weeks because of her race, the mother of a 12-year-old girl attending a school in Kansas City where whites are a minority says her daughter "doesn't want to be white anymore."

KANSAS CITY, Mo. – A metro mom feels helpless after police say her daughter was attacked at school. The mother said students are targeting her daughter because of her skin color.

Police say a 12-year-old girl was punched in the face at school by another student Monday at the Frontier School of Excellence off 56th Street and Troost in Kansas City.

Chandis Kee said this is the second time in two weeks her daughter was attacked, and she said it’s because of her race.

“About two weeks ago she reported being called racial names,” the mom said. White Americans without a college degree are becoming more likely to die in middle age, reversing decades of progress toward better health.

Researchers first noticed this worrisome trend last year. They pointed to increases in opioid abuse, obesity and suicide among the causes of death, but what caused these increases has remained something of a mystery.

This week, a pair of economists have advanced a new theory. They suggest that, for many workers, a major shift in the structure of the U.S. economy may have been fatal.

The researchers, Justin Pierce and Peter Schott, found evidence that trade with China has resulted in greater rates of suicide and poisonings (including fatal drug overdoses) after 2000, when President Clinton and Republican lawmakers allowed a major increase in imports.

Pierce and Schott suggest that as competition with Chinese manufacturing forced U.S. factories to close, many of the Americans who were laid off never got their lives back together. Instead, they fell into depression or addiction. White adults, in particular, suffered from the change in policy.

Trump chose Nikki Haley as ambassador to the United Nations: But there's a Silver Lining

Via Mike "Conservative LT Gov automatically succeeds to Governor by SC Constitution. Many say Trump had this in mind to reward McMasters for his outspoken support for Trump Against SC establishment centered around Lindsey Graham."


Meanwhile, DeVos, a wealthy Michigan GOP fund-raiser and school vouchers supporter, brings decades of education policy experience to her new position — just not the kind education advocates on both sides of the political aisle had hoped for.

“This would not qualify as ‘draining the swamp,’ ” conservative policy leader Frank Cannon, the president of American Principles Project, said. “And it seems to fly in the face of what Trump has stated on education policy up to this point,” he added referring to DeVos’ prior support for Common Core education standards, which Trump continually blasted during his campaign.

*If Trump didn't convince her to go against Common Core, we've got a big, big problem.

Okay we know that the Southern Poverty Law Center (SPLC) is generally over-the-line liberal loony-toons but this seems extreme even for them, Ryan Lenz who is an editor at the insane asylum masquerading as an anti-right wing hate group was on CNN this morning and claimed that Trump’s phrase “drain the swamp” was racist.  Really!


“Drain the swamp was a meme, a Twitter hashtag that grew, exploded, really, after Donald Trump came forward with allegations it was a rigged election. It was spread specifically — or among the people that were spreading the drain the swamp hashtag were avowed racists, white supremacists who exist on Twitter to harass and demean various ethnic groups.”


Since I used the term I guess I am a racist.


More with video @ The Lid
Posted by Brock Townsend at Wednesday, November 23, 2016 2 comments:

Kellyanne Conway: "I’m all for diversity but I think maybe one #NeverTrumper is enough."

Via Billy
Posted by Brock Townsend at Wednesday, November 23, 2016 4 comments:

And Here Come The Boo Birds.

Via comment by JWMJR on Former DOJ Yoo: Mistake to Close Down any Investig...

With two months to go yet before Inauguration Day the second guessing boo birds are flocking already, bitching and moaning because the President Elect isn't chomping at the bit to throw Hillary Clinton in jail as if that was the first and foremost goal of the last eighteen months of campaigning.

Could also be that Trump is simply providing momentary distraction while he consolidates control in what he feels are are more important areas of economic and foreign policy before the inauguration. After he is sworn in and has his team and policies in motion he can revisit issues that at this point the pursuit of which will only feed ammunition to the leftists and anarchists who are seeking any excuse to foment chaos. For the time being he needs to do what he can to disarm and neutralize them.

Once again Trump is proving he's smarter than most give him credit for. He's already called the corrupt news media to task and most likely already has plans to counter their campaign of lies and deceit going forward. I'd be willing to bet he has sent a back channel message to the Clinton's and Obama that they need to just go off into retirement and follow the long standing tradition of outgoing administrations not criticizing the incoming one. Otherwise the gloves will come back off.

The most important task is to reverse the last 28 years of neocon destruction. The evidence against the Clintons isn't going anywhere and the statute of limitations has a long way to run yet. I would rather see President Trump get his agenda moving and putting people back to work than play games of political revenge. That will do far more to secure the future and continue to weaken the Democrats in 2018 and beyond than a long drawn out political and judicial conflict, that would only both prove a distraction and strengthen the resolve of the Democrats and their media allies.

For now let's just let our new President determine his administration's priorities. Far to many people who did little more than vote for him or throw a few bucks into his campaign are already second guessing him. He didn't dispatch sixteen competitors in the primary and then put the Clinton machine to rest in the general election by being the same kind of dumb ass petty hack that has been the hallmark of DC politcs for too damn long. Isn't that why we supported him in the first place?
Posted by Brock Townsend at Wednesday, November 23, 2016 2 comments:

Sketch of General Lee, thousands of Confederate dollars and Jefferson Davis' cigars: The forgotten items found in a time capsule buried for 121 years under a Civil War memorial


A confederate time capsule buried more than 100 years ago underneath a Civil War monument has been opened for the first time.

Hidden inside the box were relics not seen for 121 years since they were closed up in the capsule and placed under the The Confederate Monument on the University of Louisville campus in Kentucky.

Many of the items inside the brass box have decayed over time or been entirely destroyed, however experts will still able to determine what they were.