Faust and the Devil–Teachers, Histrionic Historians

Why bother with opening the schools, if all that you’ll have is the same uneducated blowhards filling the minds of children with the same monstrous mush that is conjured by these same blowhards who want to be paid for sitting on their butts in the first place? Teachers go on vacation while telling students to “zoom’’ in on their “home” work. And parents are demanding, even pleading that this ilk returns to teach.

Stop begging! Let them stay on vacation—forever.  Most have been on vacation since they started “teaching” in the first place.

Dr. Peter McCullough is an internist, cardiologist, epidemiologist, and Professor of Medicine at Texas A&M College of Medicine and he is warning against the Vaccine.

Tony Shaffer told me that Bill Barr called him personally and asked him to stop investigating 2020 election fraud.

Have you ever heard of an AG calling a private citizen and asking them to quit looking into something?!

This is a HUGE allegation.

According to private investigator Tony Shaffer, former Attorney General Barr told him to stop investigating claims of election fraud in the 2020 election.

This lines up with reports from various media outlets at the time who reported that Barr found ‘no evidence’ of widespread voter fraud.

Still, other sources also report that AG Barr deliberately hid information about the ongoing Hunter Biden investigation because he feared this could alter the results of the election.

AZ State Senator On Audit: Results Could Be “Legally Actionable”

Here are some of my takeaways from the audit yesterday:
Increase in capacity now:
From 17 to 32 paper inspection tables using microscopic cameras
From 20 to 44 counting tables (yellow, green, blue)
From 4 to 12 aggregation tables

Democrats everywhere are scared of this audit, and rightly so. More and more states and counties are now following Arizona’s lead, and are starting audit procedures themselves.

We have heard time and time again from Democrats that these audits will have no legal consequences, but according to Arizona State Senator Wendy Rogers, that may not be the case.

Rogers says that the results of this audit can be “legally actionable,” exactly what that means remains to be seen, but it can potentially spell a lot more trouble for Democrats.

Here is what Rogers said:

Then and Now - The Changing of the Guard

Occasionally, one gets a glimpse of what American education used to be like before the federa lDepartment of Education, the National Education Association and court-ordered desegregation destroyed American education and substituted a curriculum of communist propaganda and indoctrination by cowards,idiots and functionally-illiterate black baboons.This was before "Critical Race Theory" and other Marxist concepts like "White Skin Privilege"were fabricated,and it was a time when students actually learned something about their history, their civilization,its values and its founding principles.Whites and even some black students were truly educated, not merely indoctrinated. 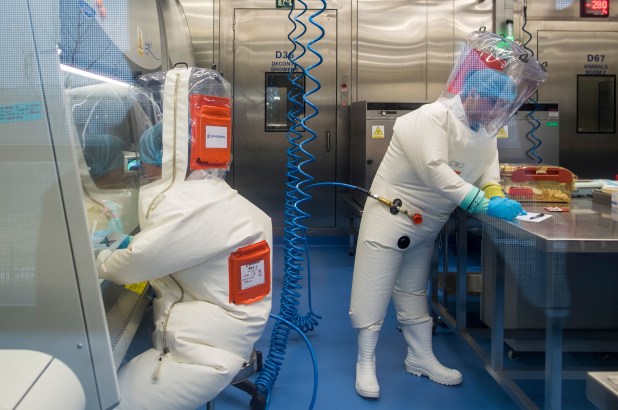 A bombshell new study claims to have proof that Chinese scientists created COVID-19 in a lab and then tried to reverse-engineer versions of the virus to make it look like it evolved naturally from bats.

The study concludes: “the likelihood of it being the result of natural processes is very small.” The virus is still killing 12,000 people a day around the world.

Lincoln’s Triumph over the States 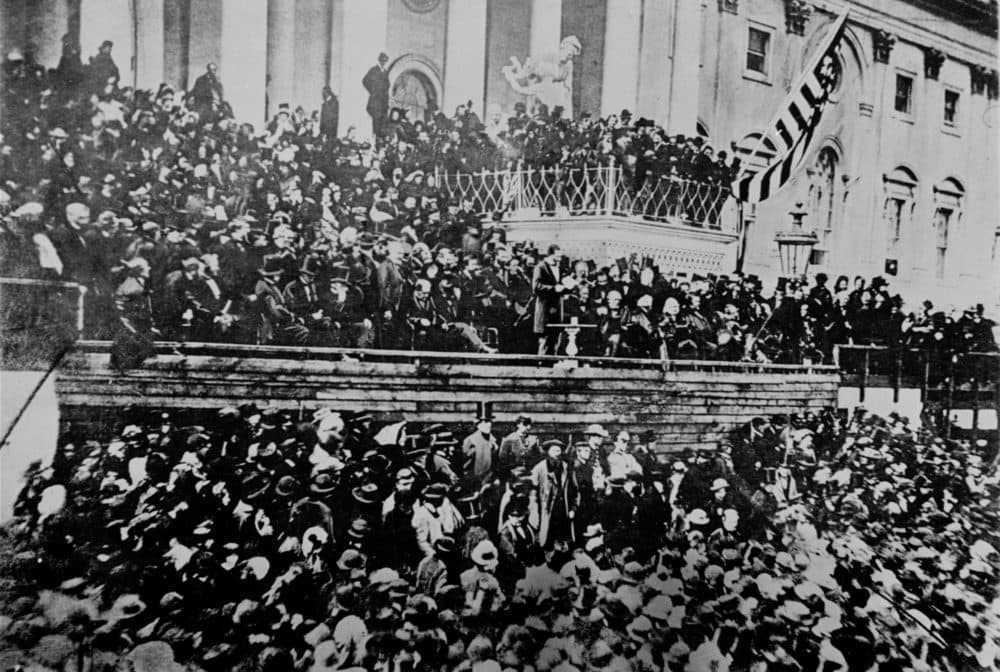 Contrary to the following passage, there was no “constitutional riddle of the American federal system” to be discovered as it was crystal clear in the document, but certainly the Founders’ constitution was powerless against designing men and a lack of virtuous citizens. The Founders’ created no nation – but a federated system of sovereign States which had delegated specific powers for a federal agent to exercise, and strictly forbidding any others. The years 1789 through 1860 were filled with steady encroachments and usurpations by the federal agent of the States.

Observing and experiencing the faults of that constitution, the Southern Founders’ altered the former document to better serve those it was intended to govern and protect, with more chains and locks affixed to the agent.

As President Jefferson Davis departed Richmond in 1865 with federal armies at the gates, he mused: “The principle for which we contended is bound to reassert itself, though it may be at another time and in another form.” (Lost Cause, Pollard, pg. 749)

“It has hardly been grasped that the media have assumed a strange and dominant role in American politics. They have constituted for more than half a century an impermeable barrier between the voters and the candidates. Nothing has been presented without their prior censorship. Whatever this may be, it is not democracy.

Who are these people who proliferate in print, airwaves, and the internet, and who pass down imperious moral pronouncements without any known credentials to do so? Who voted for them? Who gave them such great and irresponsible power?

Merely by speaking the truth, by refusing to bow to their pretensions, [Donald] Trump has weakened their power. That is all it took. Simply speak the truth, and the “commentators” and “reporters” are revealed as the malicious ignoramuses that they are.

The Republicans have never had the courage to do that. They follow consultants, who warn them not to look unattractively mean-spirited. Don’t speak to the people, and for Heaven’s sake, don’t listen to them. Give them bromides. Anything else will upset the smooth pursuit of office, the only goal that has ever been sought by Republican “leaders” other than protecting and enhancing wealth.

A baker’s dozen of presidential wannabes all spouted identical sales talk. “Conservative” means nothing to them except as a popular advertising slogan.”

Our Memorial day observance flag display for 2021 is up. Lots of horn honks from passersby's and can you imagine only two "f*** you" shouted so far, sad but in years past there were none of those. Illinois is indeed a strange place. While times may be a changing history stands. 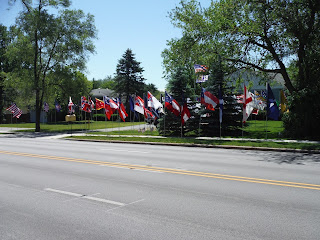 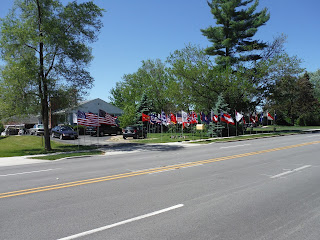 A couple days ago on Facebook, Tim Kreh shared this Richmond TV station’s story from three decades ago about bluegrass pickin’ parties a few miles west of Warrenton.

It happened every Thursday night for decades in Ronnie Poe’s garage near Amissville. The late Ted Kreh — Tim’s father — played a leading role with guitar, mandolin and his voice as a member of the Shenandoah Travelers.