Tucker: Something ominous is happening to men in America

A Gringo Loose in Cuba: Notes on the World’s Most Useless Embargo 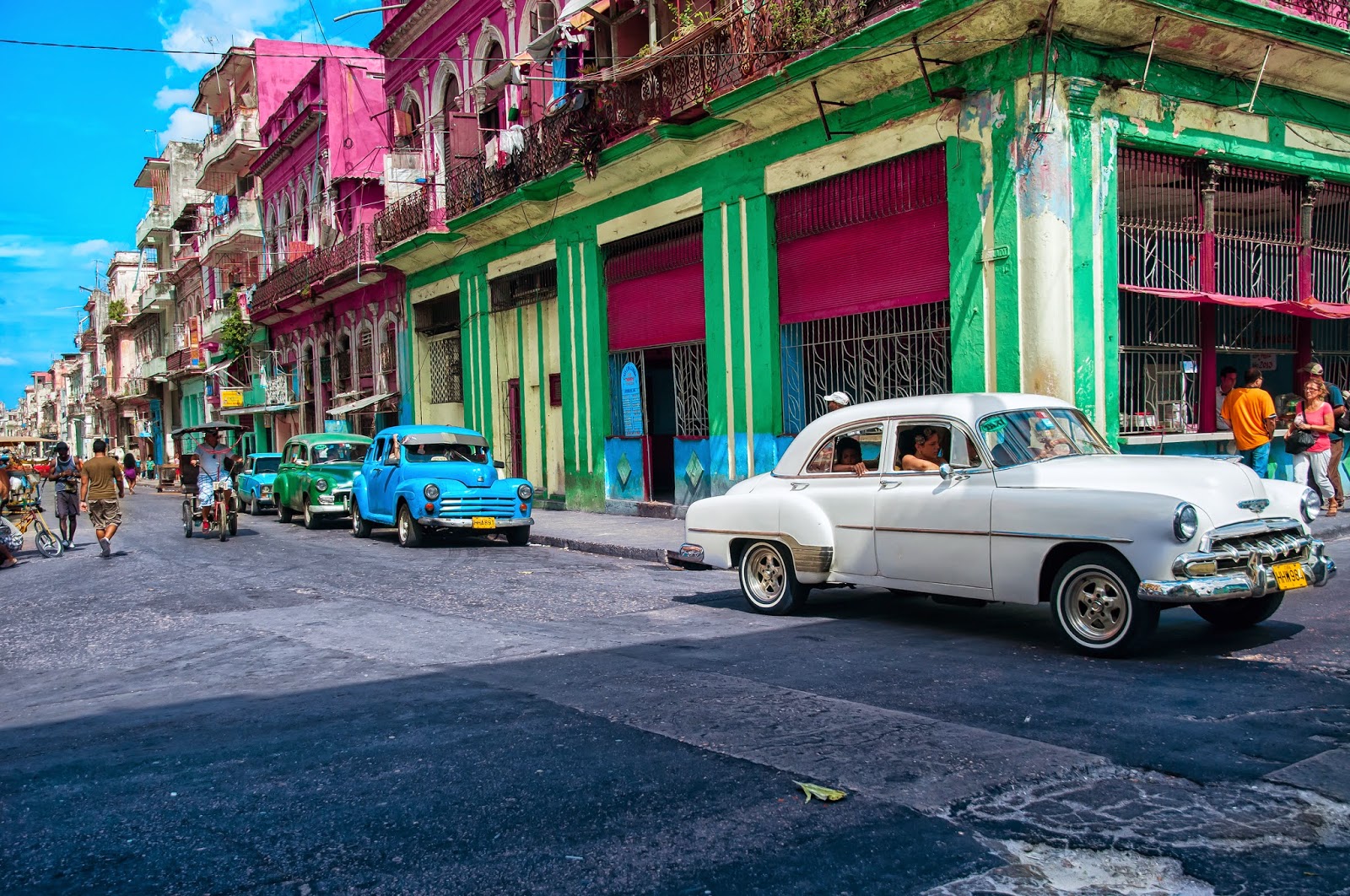 Why communists imagine themselves to be revolutionary is a mystery. Whenever they gain power in a country, it comes to a dead stop and sits there as other countries pass it by. I do not think that communism generates poverty; rather it finds it and preserves it. It has certainly done so here.

On Havana’s malecón, the seawall that parallels the shore, the waves roll in and hit the sudden obstacle, sending towering explosions of bright white spray far into the air, occasionally soaking the unwary pedestrian. Across the highway that follows the malecón is a cheap open-air restaurant, the DiMar. A steady breeze from the sea pours across the tables. A tolerable shrimp cocktail, topped with mayonnaise, costs a few bucks. On a couple of evenings I drank a beer there, watching Cuba go by. It wasn’t what I had expected.

Unlike many gringo tourists, I was legal, having gotten a license from the Treasury Department. Without a license travel to Cuba is illegal under the Trading with the Enemy Act of 1917. Why Cuba was my enemy wasn’t clear to me. Nor was it to the Cubans.


More @ Fred On Everything
Posted by Brock Townsend at Monday, March 12, 2018 No comments:

After Education Secretary Betsy DeVos’s appearance on CBS’s “60 Minutes” on Sunday night, progressive media outlets and personalities mocked her performance as “trainwreck” saying that she “stumbled,” “struggled,” and “stunk up” the interview.
Although Secretary DeVos did struggle to answer some questions on the spot, the substance and tone of the criticisms are inaccurate and unfair.

None of this should be surprising. Secretary DeVos, a Christian grandmother and philanthropist who has spent her career trying to improve the quality of education for poor children, has been criticized and mocked relentlessly. And she is the only Cabinet secretary who travels with a cadre of U. S. Marshals because of death threats she’s received.

So why, as “60 Minutes”’ Lesley Stahl put it, has Secretary DeVos become the “most hated Cabinet secretary?”

A North Carolina judge who released three demonstrators accused of topping a Confederate statue last summer has come under fire after he referred to the African-American prosecutor in the case as "third string" in a meeting with local Republicans this past Friday.

According to The Herald-Sun newspaper, Durham County District Judge Fred Battaglia framed his comments about the prosecutor, Assistant District Attorney Ameshia Cooper, around a metaphor to that night's ACC Tournament basketball game between Duke and North Carolina.

“Trump should continue to make American producers more competitive in global markets through tax, regulatory, energy, and other pro-America policy changes that bring jobs and capital back to the United States. … Steel and aluminum import tariffs will work decisively against this goal.” —from a column by Larry Kudlow, Arthur Laffer and Stephen Moore

To tariff or not to tariff, that is the question. Or is it? Maybe the real question is, what about Lisdoonvarna? Despite nine out of 10 people in this Irish town of 300 residents voting against it, the Irish government signed a contract with a local hotel to provide residences to “asylum seekers” and “refugees” that will increase the town’s population by more than a third.

A student at Indiana University of Pennsylvania was barred from class, forced to apologize and given an academic referral for disputing “the reality of white male privilege.” Lake Ingle said students in his Feb. 28 religious studies class watched a TED Talk by transgender woman Paula Stone Williams.

He said only women were allowed to participate in a subsequent discussion. “The floor was opened, and not a single woman spoke,”“Thirty seconds or so passed and still no woman had spoken. So, I decided it was permissible for me to enter conversation, especially because I felt the conversation itself was completely inappropriate in its structure.”

During the Vietnam War the air base at Long Tieng was a hub of Air America, Air commando, and Raven forard air control operations.

During my first tour, I was at Ubon, Thailand, flying combat missions in F-4 Phantoms. From August 1966 to February 1967, I must have flown over the base at Long Tieng a hundred times without ever seeing it. Long Tieng is in the north central highlands of Laos, a remote, ominous territory, where the tribal Hmong scrape a living from the steep slopes and jungle ravines. A tiny settlement, it became, in the 1970s, the mountain stronghold of the Hmong, their CIA bosses, and the Ravens. Nowadays, the CIA and the Ravens are long gone, but the Hmong are still there.

The Men Preparing for Civil War in South Africa


Gerard said Trump was able to "see the steelworker agenda" and "he's going to have a major impact on our members" with what he has done.

"It's going to make it very hard for our members to ignore what he just did and what makes me sad is we've been trying to get Democrats to this for more than 30 years," Gerard told Todd.

A bill requiring 18-20 year olds to hand over or transfer ownership of heretofore legally possessed “assault weapons” is gaining sponsors in the Illinois Senate after passing the House last month.

After being introduced in the upper house by Senate President John Cullerton (D-Chicago), the bill has added seven co-sponsors in the last week. Notable among them was Sen. Jim Oberweis (R-Sugar Grove), the NRA “A” rated 2014 Republican nominee for U.S. Senate.

The NRA-ILA described the weapons covered by HB 1465 as “commonly-owned semi-automatic firearms.” The bill also requires 18-20-year-olds to forfeit ownership of any magazines that hold more than ten rounds of ammunition.

The guns and magazines remain legal for persons 21 and up, but persons under 21 would have 90 days to give up ownership, should HB 1465 become law.

Fox 2 reports that critics of Mussman’s bill were taken aback by “the idea that the government would confiscate property.” Mussman responded to these concerns by assuring them “authorities will not visit homes to pick up weapons.” Rather, “a first offense for getting caught with prohibited firearms would be a misdemeanor offense.”

The push to force 18-20 year olds to give up the enumerated semiautomatic firearms is now under consideration by the Illinois Senate.
Posted by Brock Townsend at Monday, March 12, 2018 12 comments: