A local group that celebrates the South’s Confederate past will take down a prominent sign that had greeted those traveling into North Carolina on U.S. 321 for the past several years.

Sons of Confederate Veterans had placed the sign, which includes the Confederate flag, along U.S. 321 North believing that it was on private property, said Bill Starnes, commander of the Maj. Charles Q. Petty Camp, the Gastonia-based group that erected the sign.

However, the Department of Transportation looked at the location of the sign this week and determined that the sign was on public land and within the highway’s right of way.

Transportation officials talked with leaders in the Sons of Confederate Veterans group who agreed to take the sign down, said Jordan-Ashley Walker, a spokeswoman for the Department of
Transportation, on Friday.

Starnes said his group does not want to violate any state policies.

Both transportation officials and leaders of the Sons of Confederate Veterans group said the sign has not drawn any criticism that they could readily recall.

American? mercenary in Mariupol after shelling 01/24/15

Josh Karrasch, a small business owner in Falls Church, Va., discovered quickly that making an honest living within the firearms industry does not prevent his bank account from being closed or from being kicked out of commercial real estate space.

Despite favorable legal decisions, the popularity of concealed carry permits and a recent spike in firearm and ammunition sales, firearms business owners find they are being pressured out of business by being cut out of basic financial, real estate and advertising services.

The House Oversight and Government Reform Committee released a report last month showing the Federal Deposit Insurance Corporation (FDIC) targeted gun dealers and other businesses like payday lenders and pawn shops as illegal operations, and pressured banks to halt dealing with these businesses. The administration’s program is now known as Operation Choke Point, which is run by the Departments of Justice and Treasury.

Via comment by Sioux on Liberals want you dead 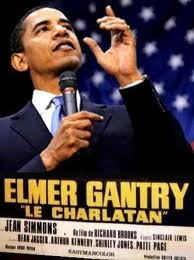 John C. Wright explains that the Left is evil, not stupid:

Leftists are people who have a conscience but act like sociopaths. If the Leftist were really a sociopath, he would not need excuses, justifications, and rationalizations to fill his yammering mouth and empty his wrathful brain.

Please note also that this behavior only surfaces on matters where the Leftist has turned Left and turned off his brain in a vain attempt to turn off his conscience, which he wrongly believes to be lodged in the brain. A Leftist can be a good coworker, even a good friend, if you stick to topics where the Leftist brain-parasite called guilt does not take root and bloom like ghastly fungi expanding from his hypothalamus and medulla oblongata to suck up all his gray matter and ooze sinuously out of eyes, nostrils, mouth, ears.

Terence Walker, 21, was shot by Officer Chansey McMillin after a confrontation outside Old Agency Baptist Church Jan. 17 around 4 p.m.


Muskogee Police Department spokesman Cpl. Mike Mahan said McMillin was responding to a domestic call at a wedding where a man was allegedly verbally threatening to kill a woman.


Posted by Brock Townsend at Saturday, January 24, 2015 No comments:

Posted by Brock Townsend at Saturday, January 24, 2015 No comments:

Just renounce your U.S. citizenship and become an illegal resident of the State of Massachusetts, and you’ll be showered with all the goodies.


More @ Fellowship of the Minds
Posted by Brock Townsend at Saturday, January 24, 2015 10 comments:

Via comment by Anonymous on Killer of white teens mocks victims’ families at s... 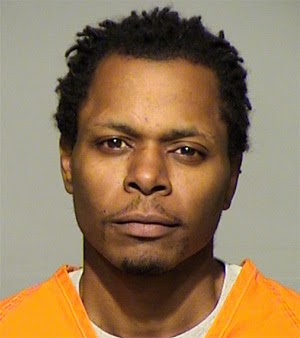 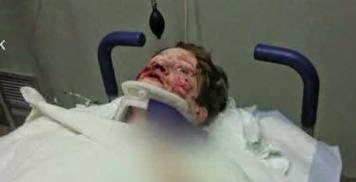 The victim posted to social media a defiant photo showing her in the hospital with injuries, with the caption: “Guess who didn’t get raped last night?” She gave FOX6 News permission to use the photo.

32-year-old Derrick Brown made his initial appearance in a Milwaukee County courtroom on Wednesday, January 21st. He’s facing criminal charges in connection with an attempted sexual assault that occurred in December in the Riverwest neighborhood.


Brown is specifically charged with attempted first-degree sexual assault (use of a dangerous weapon) and kidnapping.

Daddy went on house calls everyday after office hours.  I received a comic book to go along and open his patient's gates and the gates on his farms.  Mother said this was how I learned
to read. :)

It’s only those stubbornly rebellious hold-outs that need to be brought to heel, er…brought into compliance first. One independent apple, operating by their own conscience, spoils the whole statist utopia. He must be made to care…and made to comply.


PS from my Sister Anne and I had forgotten about this." If he still has his facilities, what a terrible lose for his patients. You know Daddy retired because of all of the government demands."
Posted by Brock Townsend at Saturday, January 24, 2015 2 comments:

A known gang member accidentally shot himself in the face with a homemade gun, Shasta County deputies said.

Deputies responded to a report of an attempted suicide on the 18000 block of Majestic View Drive in Happy Valley just after 4:30 Wednesday afternoon. When they arrived they found Jack Reid, 23, with injuries to his face and hand.

Intruder slices homeowner's throat before being scared off by gunshot

An intruder who said he planned on killing the occupants of a home he broke into in rural Racine County slit one person's throat but fled when a second fired a gun at him, according to a criminal complaint.

Ronald E. Kaehne, 28, of Kansasville was charged Tuesday with two counts of attempted first-degree intentional homicide-use of a dangerous weapon in connection with the break-in reported shortly after 2:30 a.m., Saturday in the Town of Dover, according to the complaint.

Kaehne, who is also charged with substantial battery-use of a dangerous weapon and armed burglary, kept a journal in which he detailed his plan and attempted to elude capture following the incident, according to the complaint.

According to the complaint filed in Racine County Circuit Court: Ellmers is the female Eric Cantor: pro-Establishment, anti-conservative base, pro-amnesty, and unwelcome. She faced fierce primary challenges from the right in two election cycles, and in her latest reelection, she faced off against the hapless, laughable self-parody Clay Aiken. In 2016, she will no doubt get thrown out in the face of a unified opposition.

Via comment by Daniel on NC: Is Renee Ellmers Worthy Of Life?

Multiple sources within Bakersfield, North Carolina, & on Capitol Hill tell Gotnews.com that Majority Leader Kevin McCarthy (R-CA) and Renee Ellmers (R-NC) have been carrying on a long-running affair since 2011.

The affair is something of an open secret in Washington, D.C. Reporters at other publications, lobbyists, congressional staffers of both parties all know about it. One staffer for a congressman describes it as the “biggest open secret” in D.C. A lobbyist describes Ellmers as a “social climber who has ingratiated herself” with McCarthy.

Abortion Killed 19 Times as Many Blacks as Murder

For every black murder victim in 2011 there were 19 blacks killed by abortion, according to data from the FBI and the Centers for Disease Control (CDC). 2011 is the latest year for which the data is available. 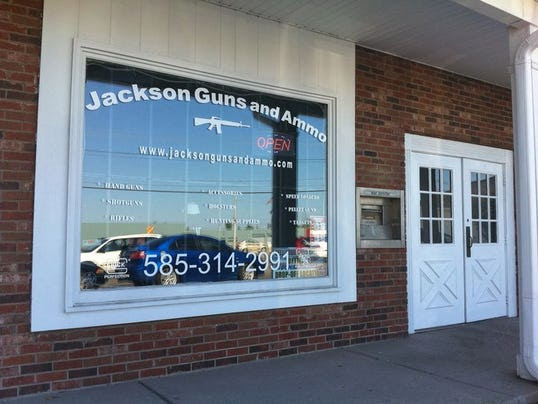 Jackson Guns and Ammo Shop in Henrietta closed its doors last week after the owner decided it was too difficult to continue business under New York state's gun regulations.

"The SAFE Act killed us in terms of business," he said. "It was very difficult with sales and regulations with transferring and obtaining firearms, so I decided to close up."

Against Terrorism — But for What?

Following the Charlie Hebdo massacre, Prime Minister Manuel Valls said that France “is at war with terrorism, jihadism and radical Islamism.” This tells us what France is fighting against.

But what is France fighting for in this war on terror? For terrorism is simply a tactic, and arguably the most effective tactic of the national liberation movements of the 20th century.

Terrorism was used by the Irgun to drive the British out of Palestine and by the Mau Mau to run them out of Kenya. Terrorism, blowing up movie theaters and cafes, was the tactic the FLN used to drive the French out of Algeria.

The FALN tried to assassinate Harry Truman in 1950 at Blair House, shot up the House of Representatives in 1954, and, in 1975, blew up Fraunces Tavern in New York where Washington had bid his officers farewell. The FALN goal: Independence from a United States that had annexed Puerto Rico as the spoils of war in its victory over Spain.