I can't figure out the mag/s. Looks like the 20 round with an attachment mag?
Posted by Brock Townsend at Tuesday, August 18, 2020 23 comments: Is justice finally being served?


Portsmouth, Va. Police Chief Angela Greene made an announcement on Monday that Democrat state senator Louise Lucas along with NAACP members, public defenders and school board members are being charged with felonies for their role in vandalizing the city’s Confederate monument in June. I was raised in one of the poorest counties in North West Arkansas, where my ancestors settled in the 1850s and scratched a living out of poor, rocky hillsides. They raised their families, fought in the war, battled famine and drought and came out ahead, leaving their children small, improved farms. They taught them the joy of being independent, finding solace and comfort in hard work and a job well done, and the importance of passing these things to their children. They were proud, hard working toilers who expecting nothing from anyone save like treatment and despised government intervention into their affairs, much like most of the Southern mountaineers and settlers. The NW corner of Arkansas was poor in money, but rich in character and natural resources. Here they would make their stand.


More @ The Abbeville Institute
Posted by Brock Townsend at Tuesday, August 18, 2020 No comments:

The Hitlers that Stalin Caught

Posted by Brock Townsend at Tuesday, August 18, 2020 No comments:

It has recently been unearthed that he USPS filed for a patent on February 7, 2020 for a "Secure Voting System" that uses a blockchain access layer. Obviously, this could be one of the strongest signals of a welcome adaptation to blockchain by the U.S. government since blockchain was thrust on the map by Bitcoin.

"A voting system can use the security of blockchain and the mail to provide a reliable voting system," the patent application says. "A registered voter receives a computer readable code in the mail and confirms identity and confirms correct ballot information in an election. The system separates voter identification and votes to ensure vote anonymity, and stores votes on a distributed ledger in a blockchain." 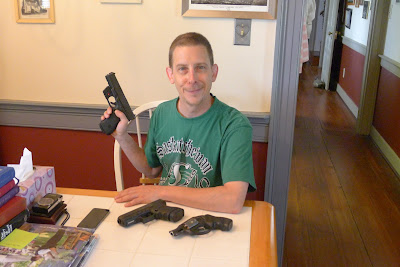 Five years and I’m done. The Confederate flag flies publicly and I am finishing the article regarding the development of leftist lunatic logic in this country.....including verification that our justice system has been compromised. 😎🤔 The release of my article will be a breach of my court orders to remain silent.....names will be released. ☺️😉

Dale Pippin
August 18, 2017 ·
I'm a white nationalist. It means I'm white, and think of my country and Canadians before I think of or offer anything to anybody outside Canada. I started my Confederate blog two years ago anticipating this level of media slut attack. I find the labeling racist and discriminatory, and nothing more than a filth politics attack to prevent whites from speaking out to protect this country. I have 17 years experience regarding Human Rights, have authored a paper, and am a former Union President. You wanna go toe to toe with me step into court or a Minority Rights Office. This country is indeed being attacked, from within, using filth politics and Sharia style intimidation and shaming. What bliss islam has brought to Canada....
Posted by Brock Townsend at Tuesday, August 18, 2020 No comments: