Ten years ago, if someone (Vietnamese) went back to Vietnam for any reasons, he (or she) would tell a lie that he took a vacation at somewhere in the States. Today, It's quite different. The guy or gal, young or old, male or female would boast with their friends in public about their wonderful Vietnam trip. Not enough, they would email to friends or post on Internet the many beautiful photos that they took during the "home coming journey." When seeing those pictures of "the mother land", one would think how "open" and Westernized Vietnam today is! It's true because most of the pictures have been taken at the luxurious places where only foreign tourists and new high-class Vietkieu can afford.

Unfortunately, most of the tourists have failed to see a war that is still going in Vietnam, waged by the stubborn ARVN disabled vets. The very plain, bottom rank soldiers of ARVN who bore the real burdens and fought the war long before the Americans came and even after the Americans cut and ran. Most of them are wounded but refuse to die and they have been carrying out an "Urban Warfare."

Without American military advisors, without fire supports from the Seventh Fleet, and without the carpet bomb runs of USAF B-52's, those ARVN disabled vets have been fighting street by street, block by block, bus station after train station in the enemy territories. Today they don't arm themselves with rifle M-16's any more, but worn-out guitars. They sing! Yes, they sing all the old epic songs that no one bothers to listen to the lyrics. Their singing voices sound terrible, because of battle fatigue and constant hunger. Today they fight neither in the name of FREEDOM nor for the sake of DEMOCRACY, they fight because of the soldiers' instinct: TO SURVIVE.

A Vote of Treason 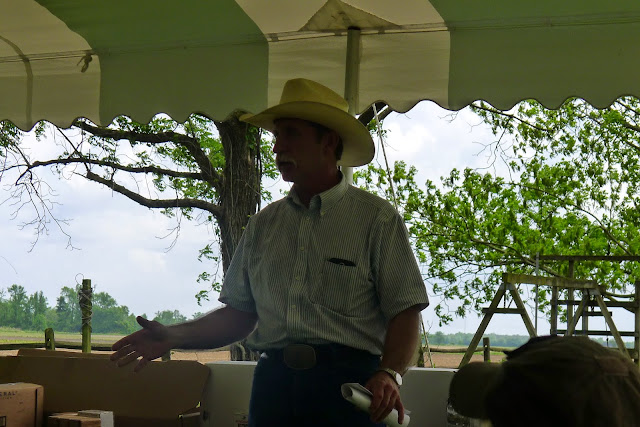 7th NC PATCON :TL Davis: American Exceptionalism
It has taken several months and a number of email dumps from Wikileaks to finally figure out what this presidential election is all about. There are only two ways to vote, for Donald Trump or for Hillary Clinton. But neither of those are what one would be voting for.

A vote for Donald Trump is a vote to resist the massive corruption of government, a vote against globalism, against "global warming" or "climate change" theology; it is a vote against media collusion and interference in politics. A vote for Donald Trump is not a vote for the person at all, that is why despite the media onslaught of negative stories about him as a person carries no weight with those who support him, because they don't support him at all, they support what he represents, which is a chance to hold Hillary Clinton responsible for her crimes and therefore all of the crooked politicians of 2012 who coerced votes out of their Republican base only to turn on them the next day.

Likewise, a vote for Hillary Clinton is a vote for a transformed America, a quasi-police state where the government intervenes in business and forces some out of business while subsidizing other businesses that could not possibly sustain themselves without massive graft and media brainwashing. All of those businesses would be held hostage to a criminal organization originating from the White House. It would be a vote to end forever the concept of individual rights. Hillary Clinton would do no less than continue the work of the Obama Administration to destroy individual rights and nearly half of the nation is in favor of just that. It would be a continued replacement of the voters who value the principles of the founding of this nation with those who have no like expectation. It is a vote for the sudden disappearance of websites like this one.

MATT DRUDGE Verified account ‏@DRUDGE
Oh, on the sex stuff. Hillary is about to get hers... 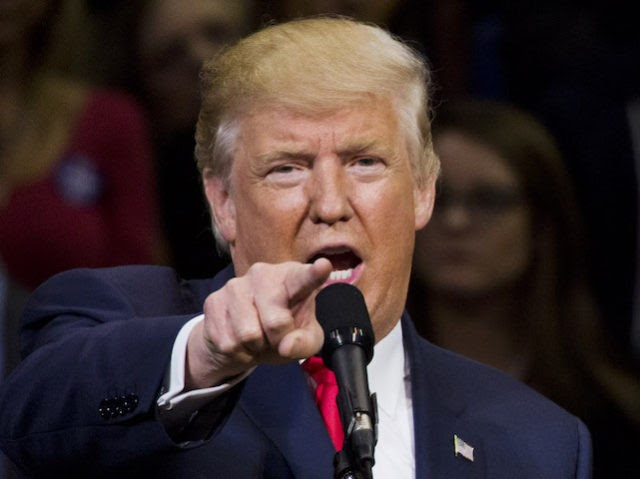 Just when you think Republican Party leaders can’t possibly get more cynical, more hypocritical or more suicidal, they surprise you.

Over the past week, a few dozen prominent Republicans, led by 2008 Republican presidential nominee John McCain and joined by Utah’s Senator Mike Lee and Colorado’s Cory Gardner, dropped their support for Donald Trump and called on Republican voters to vote for other, “down ticket” candidates but not Trump.

The New York Times on October 9 published a list of “160 Republican Leaders who do not support Trump,” and newspapers everywhere trumpeted the newest addition to the list.

That chorus was joined briefly by House Speaker Paul Ryan, who said he would vote for Trump but would not campaign for him or with him. Ryan also advised the entire Republican congressional delegation to do the same.

This betrayal of the party’s presidential nominee by top echelons of party leadership can only be called overt sabotage. Whether successful or not in denying Trump a victory on November 8, it undoubtedly is the opening shot in a civil war that will erupt full scale on November 9.

Details surrounding the sexual assault allegations against Donald Trump are raising doubts that the claims are credible.

Accuser Jessica Leeds claimed Trump molested her in the first-class section of a Braniff 707 flying from Dallas to New York in 1979, but Braniff didn’t use 707s on that route.

A Braniff flight table shows that the airline only operated 727s between the two cities, which is expected: the 727 was developed for domestic flights

A witness on the flight, who was sitting across Leeds, has also come forward and disputed her allegations.

“Not only did he not do so – and I was present at all times – but it was she that was the one being flirtatious,” the witness, Anthony Gilberthorpe, said. “If there’s evidence Trump’s done it, sure, hang him from the post, but I was there, I was in a position to know that what she said was wrong, wrong, wrong.”

““I will go to head to head with her — I will meet her again. I will see her eyes across the table with my eyes and I will challenge her on the points she made. And I’ll tell you what, I would do this whether it was for Trump, for Clinton, for Obama, or for any man who’s been accused of sexually molesting someone when I know he did not.”


John Anzalone to John Podesta (quoting Sen. Kirk of IL): “This agreement condemns the next generation to cleaning up a nuclear war in the Persian Gulf… This is the greatest appeasement since Chamberlain gave Czechoslovakia to Hitler.”

And the paid the terrorist Iranian regime as much as $33.6 billion in cash and gold payments.

Franklin Graham: This Election Is About The Future of the Supreme Court

A lot of people are slamming evangelicals for supposedly giving Donald J. Trump a pass. That’s simply not true. No one is giving him a pass. I’m certainly not, and I’ve not met an evangelical yet who condones his language or inexcusable behavior from over a decade ago. However, he has apologized to his wife, his family, and to the American people for this. He has taken full responsibility. This election isn’t about Donald Trump’s behavior from 11 years ago or Hillary Clinton’s recent missing emails, lies, and false statements. This election is about the Supreme Court and the justices that the next president will nominate. Evangelicals are going to have to decide which candidate they trust to nominate men and women to the court who will defend the constitution and support religious freedoms. My prayer is that Christians will not be deceived by the liberal media about what is at stake for future generations.

The liberal in bed with Paul Ryan

Via comment by Anonymous on Eye Opener: The Paul Ryan Coup Exposed & How It Wa...

Geoff Ross writes for Dr. Rich Swier, May 18, 2016, that marriage is “a team effort” and that of House Speaker Paul Ryan is no different:


“A solid marriage will have the man supporting the wife’s decision’s and vice versa.
So if you are scratching your head and rubbing your rabbit foot in an expression of confusion and lack of understanding of Speaker of the House Paul Ryan and his blatant liberal agenda and decision making processes all you have to do is look into his family unit. Then you will learn that he supporting [sic] his wife’s ideology. As a man should and probably to remain in good graces in a supportive marriage. 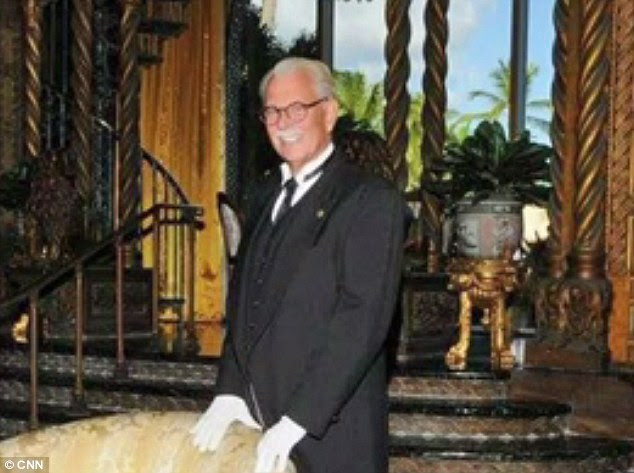 Donald Trump’s former Mar-a-Lago Butler backed up the Republican nominee for president in denying the billionaire groped a reporter from People magazine.

Another day, another sexual harassment smear on GOP presidential nominee Donald Trump by the mainstream media.

Except this one just fell apart.

The latest woman, Summer Zervos who was a contestant on ‘The Apprentice,’ claimed today that Trump sexually harassed her.

But, as it turns out, it was Zervos who continued to stay in contact with Trump.

If Trump did sexually harass Zervos, why would she be reaching out for help with her business by contacting him? Wouldn’t she be afraid and disgusted by him?

Comment by Anonymous on The increasing agitation of the anti-Trumpers

TRUMP ACCUSER: If He Would Have Kept His Hands on my Chest I might Not have Gotten too upset? Witness States Trump Never Touched Her


Donald Trump’s campaign says a British man is countering claims that the GOP presidential nominee groped a woman on a cross-country flight more than three decades ago.

The man says he was sitting across from the accuser and contacted the Trump campaign because he was incensed by her account — which is at odds with what he witnessed.

“I have only met this accuser once and frankly cannot imagine why she is seeking to make out that Trump made sexual advances on her. Not only did he not do so (and I was present at all times) but it was she that was the one being flirtatious,” Anthony Gilberthorpe said in a note provided to The Post by the Trump campaign. 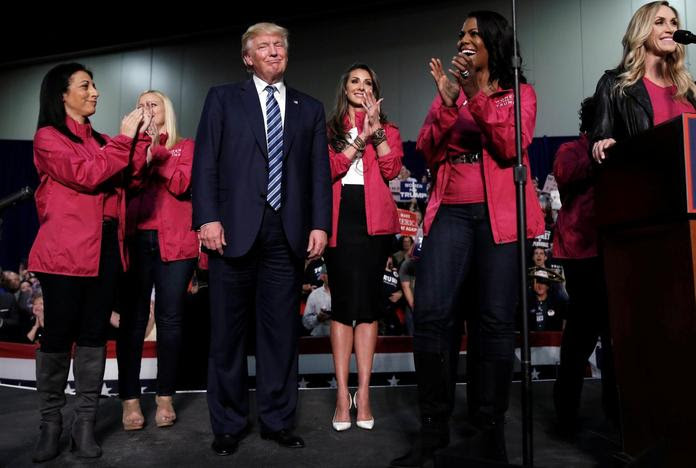 Republican presidential nominee Donald Trump's campaign rallies have turned into eruptions of barely contained emotions from his impassioned followers, who urge him to fight on despite a series of gut punches that have put his chances of winning in doubt.
With the Nov. 8 election now only weeks away and polls turning against him, Trump is spending precious time in campaign speeches defending himself from accusations from several women who say he made unwanted sexual advances toward them.

What he would do if elected is covered, but much of his speeches are spent belittling his Democratic opponent, Hillary Clinton. He also accuses the U.S. news media of a plot to bring him down, and charges that the women who have made the accusations against him might be doing it for a taste of fame.
More @ Reuters