Some insist the persistence of poverty in an affluent America is the cause of these declining test scores.America’s poor receive free food, free health care and free education for their children from Head Start to K-12. The poor get subsidized housing and subsidized incomes. They are exempt from federal income taxes. State programs and private charities pick up where the feds leave off. Yet, if poverty explains the dismal performance of America’s students, why are they being lapped by *Vietnamese 15-year-olds?
Patrick Buchanan at buchanan.org

*Playing the Devil's Advocate, I believe poor Vietnamese are few and far between.  Of course, this is because of their work ethic.
Posted by Brock Townsend at Monday, December 09, 2013 2 comments: Links to this post 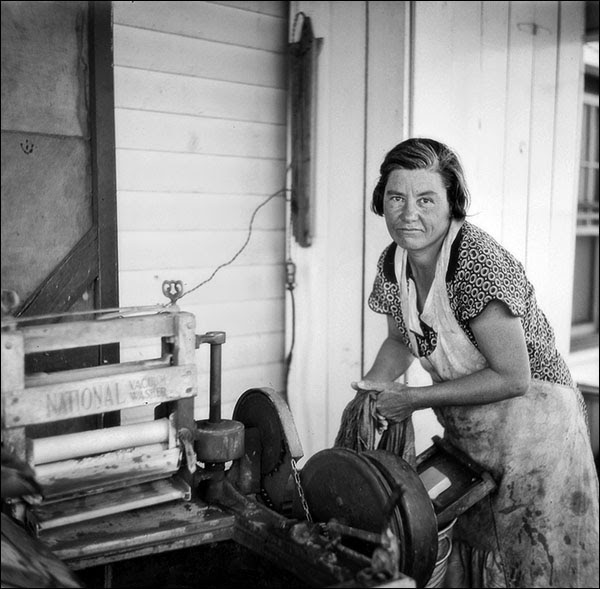 Anytime in the last 130-years that the Cyclically Adjusted Price Earnings (CAPE) ratio for the US stock market has exceeded 24, the market has, without fail, entered a 20-year bear market. Today, the CAPE ratio is roughly 25... Investors keep bidding up the prices simply because everyone else is bidding up the prices... It’s possible the CAPE ratio can go to 40 before it crashes.
Simon Black at sovereignman.com

New York City, where a few tens of thousands of firearms are owned legally, and an estimated two million are held illegally, according to the U.S. Department of Justice. That is not uncommon... about 10 percent of "assault weapon" owners obeyed California’s registration law... The New York Times reported only about 7,000 weapons of an estimated 300,000 in private hands in the state have been registered [2.3%]. It shouldn't be a surprise that people stop caring whether they're "not a law-abiding citizen" when they lose respect for the law and the people who inflict it on them.
J. Tuccille at reason.com

What's a bit of genocide here and there if it's in a Good Cause? - Western liberals like simplistic stories and Mandela was their happy ending. His very existence freed them from the need to learn anything more about what happened after apartheid. In the new apartheid, the black government represses a white minority and abuses its power over the black majority in ways that Western liberals would never tolerate if it were being practiced by men with Dutch last names. Each generation of activists struggles to outdo the previous generation in its anti-white racism, says Daniel Greenfield in this article, South Africa in the Shadows, at Front Page Magazine.

Johannesburg - A Pretoria orphanage says it is no longer getting financial support from large companies as 70% of the children in its care are white. Elzane van der Merwe of the Jacaranda children’s home said: "The only answer that the children’s home is getting is: 'Sorry, you don’t meet the criteria for 100% black economic empowerment," reported Beeld. news24.com (H/t market-ticker.org)

A cop said this "was just a random act of violence." So don’t worry about the Knockout Game, white people—this is mostly just ordinary, everyday black-on-white violence.
Ann Coulter at frontpagemag.com
Posted by Brock Townsend at Monday, December 09, 2013 No comments: Links to this post

They’re here for your gun rights! The recently launched television network, Al Jazeera America, is owned and operated by the royal family of Qatar. According to National Review, these Persian Gulf dictators are funders of the Muslim Brotherhood as well as the terrorist group Hamas, and now they’re here to throw a burqa over your God-given right to keep and bear arms. Will you let them?

As evidenced by the anti-gun hit piece we’ve linked to below, Al Jazeera America is wasting no time going after the western way of life, and they’ve even focused on a gun seller right here in North Carolina. Don’t allow ignorant and dangerous statements like those that follow go unchallenged. Please go to this page, and leave a comment. Remind Al Jazeera, and the anti-gun types who support them, that this is the United States of America, and we’re not interested in being propagandized by oppressive, gun-grabbing monarchs from half way around the world.

Why is Ted Cruz going to Mandela's memorial service?

Cruz seems to be the best we've got which means we are totally screwed.


Not a whole lot. But they are traveling to South Africa together to attend Nelson Mandela's memorial service.

Cruz's office did not indicate the freshman Senator has any connection to Mandela, but Cruz said in a statement that he was "honored" to be able to attend the event.

Hunters Rescue A Locked Up Buck From Coyotes

Posted by Brock Townsend at Monday, December 09, 2013 No comments: Links to this post 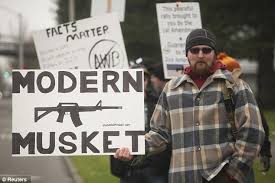 Proving once more that unintended consequences of “gun control” actually increase dangerous crime, The Detroit News reported Thursday that “Guns are being stolen from vehicles downtown, in part because nightclubs and the NFL ban firearms.”

Unable to bring their firearms into venues that ban them, many gun owners are nonetheless unwilling to travel to and from such locations without the means of defense, and are opting to have their firearms with them as long as they legally can, then storing them in their cars. Enterprising criminals, quick to catch on to new sources of opportunity created by “the law,” are now finding new sources of guns to steal thanks to the prohibitions.


More @ Examiner
Posted by Brock Townsend at Monday, December 09, 2013 No comments: Links to this post

The Life of Rommel

Posted by Brock Townsend at Monday, December 09, 2013 4 comments: Links to this post

It's rare to see an entire racing team's collection go up for auction at once, but that's just what happened this past weekend at Bonhams' new headquarters in London, where the above Ecurrie Ecosse collection brought in top dollar (or pound, anyway).

Xerox called police to its Cary facility Friday morning just before laying off 168 employees.
The company called 911 around 6 a.m. to request a police presence at their Crescent Green Drive facility.

Cary Dispatch confirmed to ABC11 that Xerox said they "were expecting trouble."

There were no reports of trouble at the company after they laid off the employees from its call center operation. "Today we told employees and local government that we were closing call center operations for one specific line of business at our facility in Cary," said Bill McKee with Xerox's public relations department." These reductions, while very difficult decisions, reflect the changing business requirements of our clients. Our primary focus is on our employees."


More with video @ ABC
Posted by Brock Townsend at Monday, December 09, 2013 4 comments: Links to this post Posted by Brock Townsend at Monday, December 09, 2013 2 comments: Links to this post

Save $30 on Kindle today, December 9th 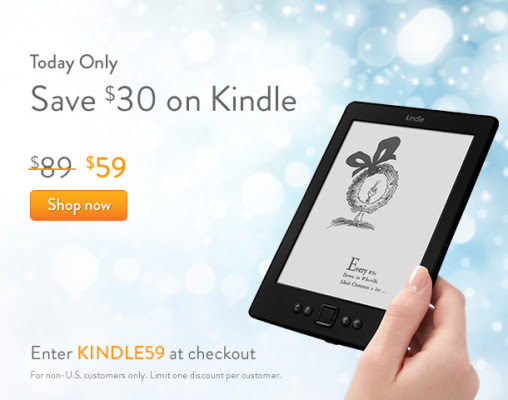 @ Amazon
Posted by Brock Townsend at Monday, December 09, 2013 No comments: Links to this post

Nearly a year after unionized school bus drivers in New York City went out on strike over the city’s plan to put its school bus routes out to competitive bidding, one of the nation’s largest school bus companies has announced it is closing its doors after union members voted to reject a contract that would have kept the company in business.

With its labor costs among the highest in the nation, Atlantic Express, a Staten Island, NY bus company attempted to negotiate a new contract with the Amalgamated Transit Union.
However, union members rejected the deal last week.


More @ Red State
Posted by Brock Townsend at Monday, December 09, 2013 No comments: Links to this post

Common Core Writing Assignment: Think Like a Nazi and Explain Why Jews Are Evil (Video)


A new Common Core writing assignment asks students to think like a Nazi and explain why Jews are evil.

This story first broke back in April:


Great point by Paul. We need handups, not handouts.


More with video @ Conservative Byte
Posted by Brock Townsend at Monday, December 09, 2013 No comments: Links to this post

Posted by Brock Townsend at Monday, December 09, 2013 2 comments: Links to this post

Thank God for the brave St. Louis TSA agent that stopped a sock monkey from getting a gun on a airplane.

May has a small business selling unique sock monkey dolls. She says she and her husband were on their way from St. Louis to Sea-Tac and she had a couple of monkeys and sewing supplies with her in a carry-on bag.

“His pistol was in there,” she says of the sock monkey “Rooster Monkburn,” a take-off on John Wayne character “Rooster Cogburn” from the film “True Grit.”

May and her husband were going through the screening process when she noticed that one of her bags was missing.

Pulitzer Prize-winning journalist Seymour Hersh has dropped yet another bombshell allegation: President Obama wasn't honest with the American people when he blamed Syrian President Bashar al-Assad for a sarin-gas attack in that killed hundreds of civilians.

In early September, Secretary of State John Kerry said the United States had proof that the nerve-gas attack was made on Assad's orders. "We know the Assad regime was responsible," President Obama told the nation in an address days after this revelation, which he said pushed him over the "red line" in considering military intervention.

But in a long story published Sunday for the London Review of Books, Hersh — best known for his exposés on the cover-ups of the My Lai Massacre and of Abu Ghraib – said the administration "cherry-picked intelligence," citing conversations with intelligence and military officials.

Coming To A Fast Food Restaurant Near You: Machines That Won’t Be Paying SEIU Dues

460,000 job losses due to union's higher wage push may be the tip of the iceberg.

The quick-service restaurant (aka fast-food) industry is undergoing some cataclysmic changes.

On one hand, the Service Employees International Union and its hordes of astroturf allies are unleashing their four-year old scheme to unionize fast-food workers and drive up the wages of these workers to $15 an hour. Why?

Because, to the Marxist ideologues that run the SEIU and many of the groups that align themselves with the Purple People Eaters, market forces can be overridden by the demand that they are entitled to higher wages…and a union.

Not withstanding the fact that the fast-food industry has been traditionally populated by workers who are largely unskilled and, therefore, easily susceptible to being replaced, the SEIU and its cohorts believe that this is the future for today’s unions.


More @ RedState
Posted by Brock Townsend at Monday, December 09, 2013 No comments: Links to this post