Posted by Brock Townsend at Saturday, October 10, 2020 No comments:

There is a new law in Florida for the so called Antifa and BLM protester who have destroyed city after city in the US.

Violent assembly, 3rd degree felony. Blocking the road? Felony. Don’t touch monuments (no mention of penalty). Harassment of Citizens in public accommodations also penalized. My most thunderous applause was when he announced that R.I.C.O. will be applied to those organizing or funding riots. If you are arrested in a riot, not Portland’s Catch and Release: you are staying till you see a judge. Touch a cop? Six months mandatory minimum.  And enhanced penalties for other crimes committed during the riots.

To municipalities “If you defund the police, then the state is going to defund any grants or aids coming to you.”

If local government is grossly negligent about a riot and let the Antifa boys cause damage to citizens and property, Sovereign Immunity will be suspended for that government and citizens can sue the bejesus out of them.

If you are convicted of participating in riots, you will no longer be able to get state benefits or employment.

For Heltau: I Want To Live To See Jane Fonda Die 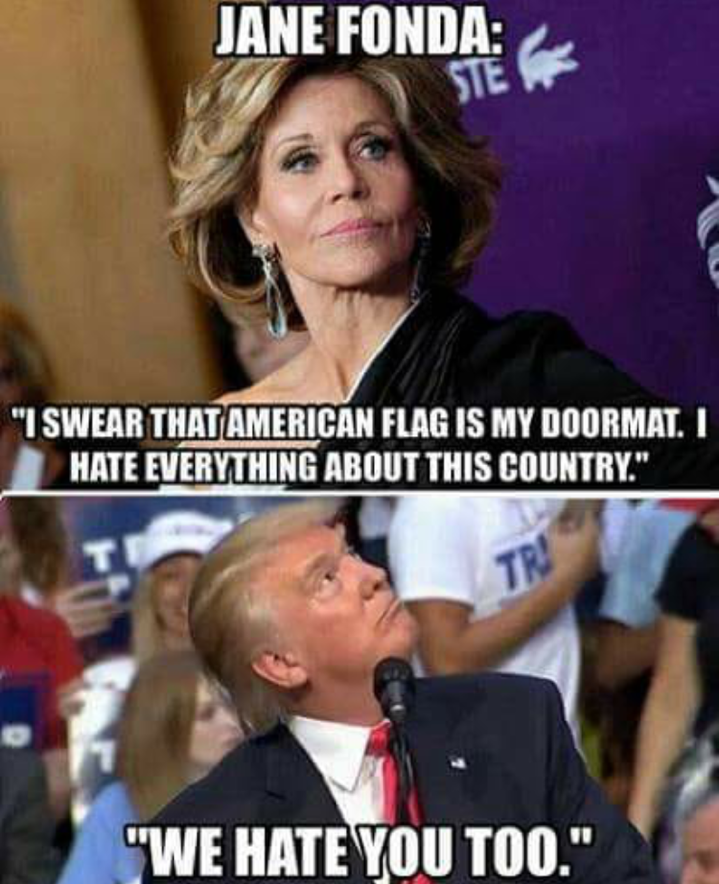 NamSouth2011
I Want To Live To See Jane Fonda Die


There was a time I thought I’d live forever, I was too damn tough to die

I Want To Live To See Jane Fonda Die