I'm Catholic.  They've stolen my Church and Religion.  I'm a Southern man, they're stealing my history, my grand-kids' heritage, my country.

I'm a Combat Infantry Soldier, they've captured my Army and turned it into Day Care Centers for fat sows with litters of snotty nosed brats.

Goddammit!  I need somebody to SHOOT!

Rethinking the War for the 21st Century 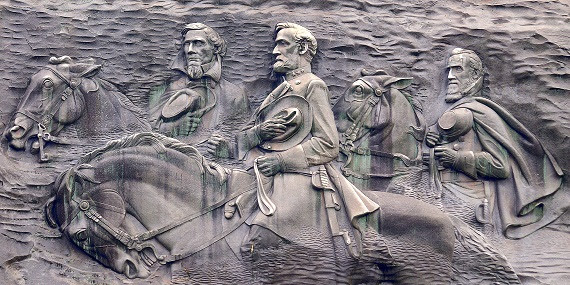 ****How Should 21st Century Americans Think about the War for Southern Independence? ****

We human beings are peculiar creatures, half angel and half animal, as someone has said.

Alone among creatures we have a consciousness of ourselves, of our situation, and of our movement through time. We have language, and by symbols can communicate knowledge to one another and across generations.

We can learn something about humans from the Divine Revelations in the Bible. We can also learn something by scientific examination of our physical selves. But most of what we know about human beings is in our knowledge of the past. As a philosopher puts it: we must live forward but we can only think backward. I am, of course, making a plea for the importance of history, or to be more exact, historical memory, something that is undergoing catastrophic destruction today in the United States.


More @ The Abbeville Institute
Posted by Brock Townsend at Sunday, May 28, 2017 No comments: Links to this post

Most modern historians give the post Civil War Republican Party a free pass on racism. They generally presume that the Party’s demand for black suffrage and civil rights in the South was motivated by the intrinsic morality of racial equality and pejoratively contrast it with the violent resistance such policies sometimes encountered from the region’s whites.

Earlier historians, however, more often explained that the Party also had a second agenda.
Specifically, Republicans realized that they could lose control in Washington if the Southern states re-entered the Union without a significant Republican voting block, which almost certainly would have happened if whites dominated the Southern electorate. Continued Republican control, therefore, required two federally imposed actions. First, was to create a Republican-loyal constituency out of the freed slaves, which accounted for 40% of the former Confederacy’s population. Second, was to shrink the South’s opposition electorate by denying voting rights to many former Confederates


.More @ The Abbeville Institute
Posted by Brock Townsend at Sunday, May 28, 2017 2 comments: Links to this post

Bad News for Dems: (Commies) 97% of Trump backers remained satisfied with their vote Despite an onslaught of ridicule from the national media, chiding from their neighbors and repeated public relations flare-ups from the White House, President Trump’s voters remain remarkably loyal to him, pollsters and analysts say.

These voters reject notions that they should regret their vote, saying that their frustration is not with Mr. Trump but with the resistance mounted by Democrats determined to stymie Mr. Trump at every turn.

But they also blame much of the stalled Trump agenda on congressional Republicans — party leaders, hard-line conservatives and moderates whose squabbling caused major problems in the Obamacare repeal effort.

“They still want to see their support validated and still believe it can pay off,” Mr. Madden said. “They have less trust in the people and the institutions that are trying to convince them they made the wrong choice, like the media and political elites, than they do the president himself.”


More @ The Washington Times
Posted by Brock Townsend at Sunday, May 28, 2017 4 comments: Links to this post Immigrant-rights groups were left steaming after Homeland Security Secretary John F. Kelly said most of the illegal immigrant children who streamed into the U.S. in recent years were “a huge scam,” abusing lax policies to gain a foothold here.

Mr. Kelly also said the families in Central America and here in the U.S. who orchestrated the dangerous journeys were guilty of “human trafficking” of their own children.

“Their families are actually involved in human trafficking at this point,” the tough-talking retired Marine general told the Senate Appropriations Committee last week, suggesting that the families are abusing the generosity of U.S. laws and having the tab for part of the children’s trip picked up by American taxpayers.


More @ The Washington Times
Posted by Brock Townsend at Sunday, May 28, 2017 No comments: Links to this post

A biology professor at Evergreen State College, who was berated by students for refusing to participate in a no-whites day at the Olympia, Washington, school, says he has been forced to hold classes off campus out of fear for his safety.

In an appearance on “Tucker Carlson Tonight,” Bret Weinstein said radical students are still in control of campus and have threatened violence if their demands are not met.

“At this moment, I believe [Evergreen College President George S. Bridges] is answering a set of demands put forward by the protesters, and they have said that if he does not, if he does not accept their demands, that there will be violence,” Mr. Weinstein said Friday on the Fox News program.


More @ The Washington Times
Posted by Brock Townsend at Sunday, May 28, 2017 2 comments: Links to this post

Roger Stone: POTUS Should Revoke the ‘Credentials of CNN’, ’Press Credentials Are Only For Real News Organizations

“Roger, given the state of the media today, what do you think about these daily press briefings? Should those be continued? Should some of it be changed? Or should the entire structure of that be changed?”

Roger responded with a sentiment shared by so many that are opposed to the media while utilizing his articulate eloquence and charm:


“Well, the press – the media – has a sense of entitlement, they think that they’re somehow entitled to this, but the President, in fact, has the right to reorient this in any way he can. I guess if I were him, I’d start by revoking the credentials of CNN. See, press credentials are only for real news organizations. I don’t that we should continue the press briefings – I think the President, who is his own best spokesman, should probably do a weekly briefing himself, that would be the most effective.”

More @ with video  The Gateway Pundit

Huckabee on Trump priorities: ‘A beheading is still worse than a sunburn’

Former Arkansas Gov. Mike Huckabee (R) touted President Trump’s priorities as combatting terrorism ahead of addressing climate change on Sunday by saying, “a beheading is worse than a sunburn.”
“I think Donald Trump’s on the right track,” Huckabee told “Fox and Friends.”

“The climate he’s trying to change is the climate of terrorism because he knows that a beheading is still worse than a sunburn.”


More @ The Hill
Posted by Brock Townsend at Sunday, May 28, 2017 No comments: Links to this post

3 White House Leakers Identified, Will Be Prosecuted, Trump Weighs In on Leaks…


CBS News has confirmed from two sources that three leakers of classified information at the White House have been identified and are expected to be fired,” CBS News reported this week, adding, “Officials within the Trump White House believe leaks of Mr. Trump’s conversation with Russian Foreign Minister Sergey Lavrov are a ‘deliberate attempt’ by officials who are holdovers from President Obama’s administration and are trying to damage the Trump presidency.”


More @ Young Conservatives
Posted by Brock Townsend at Sunday, May 28, 2017 No comments: Links to this post 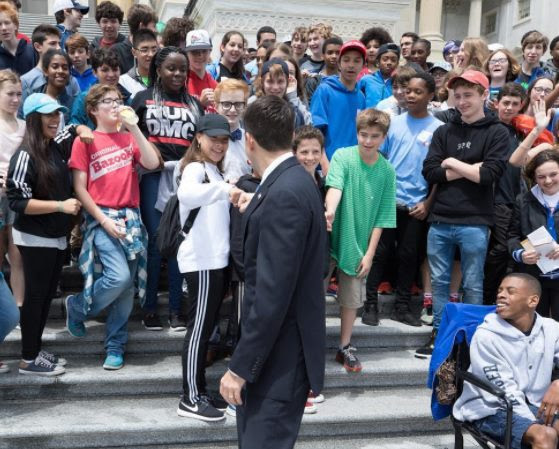 The students were told to tell reporters they did not agree with his budget that “would destroy” public education.

Let’s hope the Speaker slashes a few million more from the education budget after that left-wing stunt.


More @ The Gateway Pundit
Posted by Brock Townsend at Sunday, May 28, 2017 2 comments: Links to this post

The Battle Hymn Of The Republic. What Does It Really Mean?

The Battle Hymn Of The Republic. What Does It Really Mean?
One of the most enduring traditional American hymns and patriotic songs is Julia Ward Howe’s "The Battle Hymn of the Republic." It is a staple with many Christian church choirs and hardly a patriotic holiday passes without this song being sung and played at ceremonies nationwide. But is "The Battle Hymn of the Republic" truly appropriate for religious hymnals and patriotic ceremonies? Who was the author? What motivated and inspired her? What message was she trying to convey? What do the words mean? What meaning do they have for us today?

The author, Julia Ward Howe, was born in 1819 in New York City. She married a prominent physician, Dr. Samuel Howe Gridley (1801-1876) in 1843 and they lived in Boston, Mass. Where they raised five children. She was a much celebrated author, a tireless supporter of the anti-slavery movement, preached in Unitarian churches, and was a zealous worker for the advancement of women, prison reform, world peace and other humanitarian movements. She died 17 October 1910, at her summer home in Oak Glen, Rhode Island.

More @ Point Pillow POW Association
Posted by Brock Townsend at Sunday, May 28, 2017 No comments: Links to this post

More @ Petersburg, Virginia - The First Memorial Day
Posted by Brock Townsend at Sunday, May 28, 2017 No comments: Links to this post

Federal Bureaucrats To The Public: Be Afraid!


States have always thrived on the fear of the taxpayers, and states have always justified their existence in part on the idea that without the state, we'd all be overrun by barbarians, or murdered by our neighbors. Charles Tilly, a historian of the state, frequently noted that the modern state as we know it, was born out of war, and was created to wage war. War and the state are inseparable.

Moreover, support for the state is so central to maintaining continued funding and deference to the state's monopoly power, that Randolph Bourne famously went so far as to say that "war is the health of the state."

By extension, agents of the state — whether elected officials or bureaucrats — fancy themselves as guardians of prosperity and civilization. Without them, they apparently believe, life would be barely worth living.

Thus, one should hardly be surprised when government bureaucrats spread fear as a means of self-promotion.

Keeping this tradition alive is Department of Homeland Security John Kelly who recently claimed that people would "never leave the house" if they "knew what I know about terrorism."