French professor Christian de Moliner claims it would be impossible to mollify the 30 per cent of Muslims who want to introduce Sharia law in the country without complying with their desires.

According to the professor the solution is to create two states with a French law for the French and Sharia law for Muslims who choose for it. He says:


More @ Voice of Europe
Posted by Brock Townsend at Sunday, November 26, 2017 14 comments: Links to this post

How Britain celebrates Christmas in 2017: Armed guards, concrete barriers and metal detectors spring up around festive markets due to terror attack fears 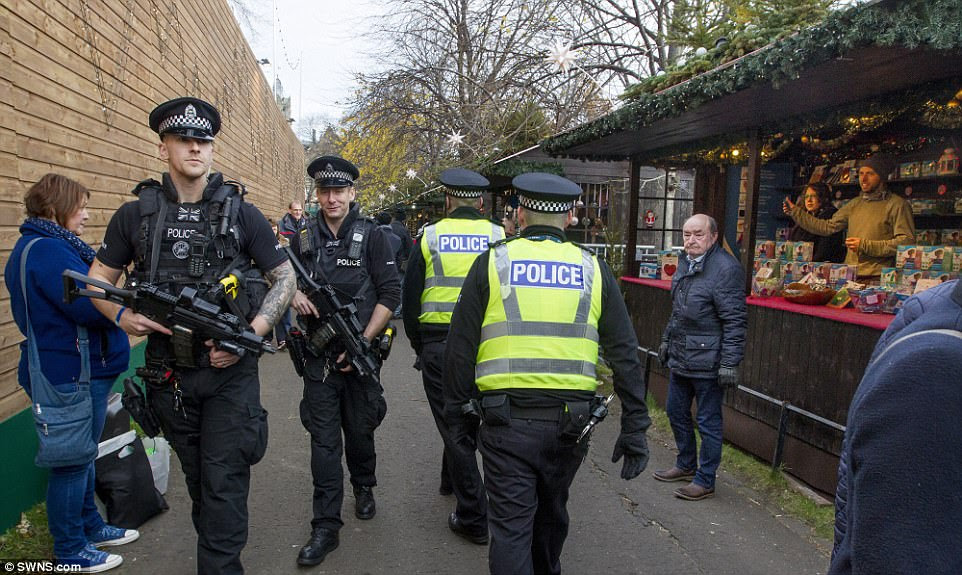 Britain's Christmas markets  will surrounded by a ring of a steel with armed police on patrol and metal detectors at entrances as security is raised over new terror fears.

There will be concrete barriers, stop and search checks and officers on the ground at the popular festive events in London, Birmingham, Manchester, Leeds, Edinburgh and Bath in the run up to Christmas.

The precautions are being taken after the Local Government Association warned councils to be vigilant this year with the terror threat level to the UK currently at 'severe' - meaning an incident is 'highly likely'.

Britain has suffered from the three horrific attacks this year with innocent people and children killed in London and Manchester.

But while security is being ramped up in light of the atrocities in Westminster in March, the Manchester Arena in May and London Bridge in June, the authorities are also concerned about a potential copy-cat attack.

Last Year 12 were murdered when an ISIS fanatic ploughed a lorry through Berlin's Breitscheidplatz Christmas market.

Denzel Washington: Don't blame the prison system, 'It starts at the home'

In “Roman J. Israel, Esq.” Denzel Washington plays an idealistic defense attorney whose beliefs are tested when he joins a new law firm.

The Oscar winner says making the film did not make him more cynical about the justice system and, when asked about the prison-industrial complex, the “Malcolm X” star offered a surprising take.

When prodded to expand on his answer, the 62-year-old Mount Vernon native replied: “It starts with how you raise your children. If a young man doesn’t have a father figure, he’ll go find a father figure.

Posted by Brock Townsend at Sunday, November 26, 2017 2 comments: Links to this post

On Clinton, Pelosi said, “I think it is a generational change. Let me say the concern we had then was that they were impeaching the president of the United States. and for something that had nothing to do with the performance of his duties and trying to take him out for that reason.”

On Conyers, Pelosi said, “We are strengthened by due process. Just because someone is accused — and was it one accusation? Is it two? I think there has to be — John Conyers is an icon in our country. He has done a great deal to protect women — Violence Against Women Act, which the left — right-wing — is now quoting me as praising him for his work on that, and he did great work on that. But the fact is, as John reviews his case, which he knows, which I don’t, I believe he will do the right thing.”

On Franken, she added, “I don’t believe you can equate Senator Franken with Roy Moore. It is two different things.” 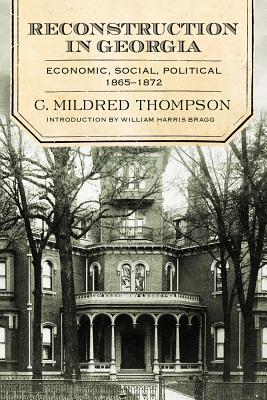 Posted by Brock Townsend at Sunday, November 26, 2017 No comments: Links to this post 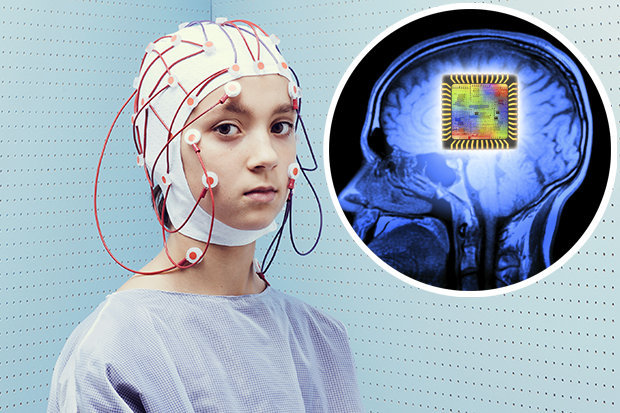 Devices plugged into people’s skulls are being developed by boffins funded by the US military’s research division DARPA.

These implants will use electronic pulses to alter the chemicals in people’s brains in a process called “deep brain stimulation”.

This will then change people’s moods and is believed to be able to treat mental illness and provide therapy.

Artificial intelligence in implants will detect and study the brain to know what pulses to send – described by scientists as a "window on the brain".

DARPA has handed the cash to teams form the University of California and Massachusetts General Hospital.


More @ Daily Star
Posted by Brock Townsend at Sunday, November 26, 2017 No comments: Links to this post

Indiana Nurse Under Investigation for Tweets about Killing White Babies

Online Redditors and Twitter users tracked nurse Taiyesha Baker to Riley Children's Health, an affiliate of Indiana University Health in Indianapolis. PJ Media reached out to the hospital and received this statement:

We are aware of several troubling posts on social media which appear to be from a recently hired IU Health employee. Our HR department continues to investigate the situation and the authenticity of the posts. During the investigation, that employee (who does not work at Riley Hospital for Children) will have no access to patient care.

When asked which department Baker works in, the hospital declined to answer. Baker's Twitter feed was littered with anti-white sentiments.

When he was named special counsel in May, Robert S. Mueller III was hailed as the ideal lawman — deeply experienced, strait-laced and nonpartisan — to investigate whether President Trump’s campaign had helped with Russian meddling in the 2016 presidential election.

The accolades squared with Mueller’s valor as a Marine rifle platoon commander in Vietnam and his integrity as a federal prosecutor, senior Justice Department official and FBI director from 2001 to 2013 — the longest tenure since J. Edgar Hoover’s. He was praised by former courtroom allies and opponents, and by Democrats and Republicans in Congress.

But at 73, Mueller has a record that shows a man of fallible judgment who can be slow to alter his chosen course. 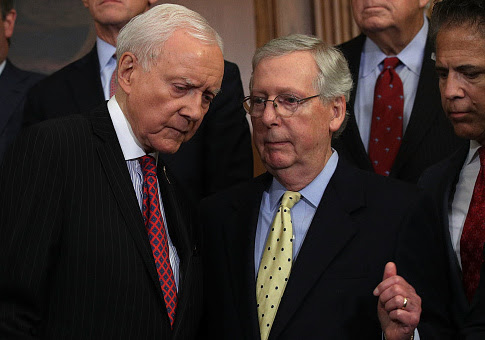 The Senate's Tax Cuts and Jobs Act will reduce taxes for most households and will give the biggest cuts to those with moderate incomes and those with children, according to an analysis from the Tax Foundation.

"To help provide a sense of how the Senate's amended version of the Tax Cuts and Jobs Act would impact real taxpayers, we've run the taxes of nine example households," the foundation states. "Our results indicate a reduction in tax liability for every scenario we modeled, with some of the largest cuts accruing to moderate-income families with children."

The foundation says that each type of family it scored had realistic characteristics so it could show how the bill's individual income tax provisions would impact various types of families with different incomes.

For example, the foundation first scored a single individual with no dependents who earns a salary of $30,000. If this filer takes the standard deduction under current law, this person would likely owe $4,331 in taxes. Under the Tax Cuts and Jobs Act, this filer would instead pay $3,953—a 9 percent cut—and his after-tax income would increase by 1.3 percent.

For the love of God, why can't Democrats leave the Little Sisters of the Poor alone?

The Little Sisters of the Poor are heading back to court to defend themselves against the Obama administration’s Health and Human Services mandate to provide contraception, yet again. In an unusual political move, Pennsylvania and California sued the Little Sisters, demanding the same group who won at the Supreme Court in Zubik v. Burwell provide contraceptives in their state.

In early October, HHS issued a new rule that protects religious non-profits like the Little Sisters of the Poor from providing anything like contraception that would violate their religious beliefs. In a press release, Mark Rienzi, senior counsel at Becket and lead attorney for the Little Sisters of the Poor, said: “Sadly Josh Shapiro and Xavier Becerra [attorneys general in Pennsylvania and California, respectively] think attacking nuns is a way to score political points. These men may think their campaign donors want them to sue nuns, but our guess is most taxpayers disagree. No one needs nuns in order to get contraceptives, and no one needs these guys reigniting the last administration’s divisive and unnecessary culture war.”

With Germany in crisis, Europe-watchers contemplate an E.U. after Merkel

Germany has for decades been Europe's pillar of stability, supporting the European Union through economic crises, pressures from immigration and the threat of a resurgent far-right.

But with Germany's politics now in disarray — and the future of its chancellor Angela Merkel hanging in the balance — Europe risks losing its de facto leader, resulting in a power vacuum across the continent.

It’s been a tough era for Davos Man, the personification of the great and the good who meet in the World Economic Forum in that Swiss ski resort every January. The rebukes just keep coming: the Euro crisis, Brexit, Trump, and now, and once again unexpectedly, Angela Merkel’s failure to form a German government.

For a dozen years, European elites who have recoiled from former President George W. Bush and swooned over former President Barack Obama have regarded Merkel as a rock-solid firmament of good sense. Her considerable internal political skills, her seeming unflappability, her upholding of conventional wisdoms, both well- and ill-founded, have made her a favorite at Davos.

Parliamentary group leader Alexander Gauland said in an interview that the current turmoil showed that the four-year-old AfD had succeeded in its primary goal in September's general election.

The Call of Freedom

On November 13, a 24-year-old North Korean soldier, known only by his surname Oh, commandeered a jeep and sped toward the De-Militarized Zone that for 64 years has separated his communist homeland from the democratic capitalist south.

As he approached the border, the young man abandoned the vehicle and scrambled on foot toward the line of control. North Korean soldiers began firing on him. He was hit five or six times before collapsing onto South Korean ground. Transported to a hospital in Suwon, near Seoul, doctors performed emergency surgery. They discovered and extracted parasitic worms from his small intestine. Diagnosed with tuberculosis and hepatitis B, he is nonetheless expected to recover.

Oh risked everything to live in freedom. He has joined the ranks of other defectors, refugees, and exiles that fled oppression for the chance of a life free of tyrannical control. From the Berlin Wall, to Vietnamese and Cuban boat people, to the DMZ, the prisoners of communism run in only one direction: toward liberty and self-government, toward the bounty of the marketplace and the possibilities of representative democracy.