Believe it or not, it’s not a regular part of my late night entertainment to be watching stirring speeches given in front of tens of thousands of excited local folk. In Dresden, Germany. Did not know until just this week that Tommy Robinson, who founded the EDL (English Defense League) in 2009, even spoke German. But there he was, like a favorite son, known and adored by everybody, returning in their hour of need. When you watch the video, you see that Tommy Robinson has been in the business of warning against the Islamification of Britain and Europe. Not a popular thing to do in your governments eyes, since anything and everything that points out the fact that a certain kind of violence and mayhem has settled in to, say Birmingham, for example, has been made punishable by law in England. And elsewhere.

Here is a similar speech given in Utrecht.

Firefighters in southern Sweden have doused the flames at yet another temporary facility for refugees and migrants. The fifth in a series of suspected arson attacks in the last two weeks comes despite tight security and secrecy over their locations.
Teams from three fire stations have been deployed to extinguish the blaze at a former retirement home in Oderljunga, being prepared to become a temporary asylum for refugees, The Local reports.

The fire alarm at the facility went off at about 2:40 a.m. local time, regional newspaper Sydsvenskan reported.

The firefighters were able to put out fire almost immediately and save the building, which suffered only slight damage from the water that was poured on it and the smell of smoke that saturated the installation.

Do we still have a right to government of our consent? Absolutely. However, little can be done about our current condition if we continue to remain ignorant, or worse yet, altogether deny the political reality of what our history has created.

In my presentation to those at PATCON, I explain the *monumental* difference between a national and a federal form of government. I review the history of how our original sovereign states were overthrown by actions of Congress, and replaced with a nationalized system. And finally, I show the legal, grassroots remedy to reviving those original states once again, so that together we can set this country back on its lawful, constitutional foundation.

Here's a quick rundown of the topics reviewed, in case you'd like to skip around (also shown in YouTube video description):

The End of Male Supremacy 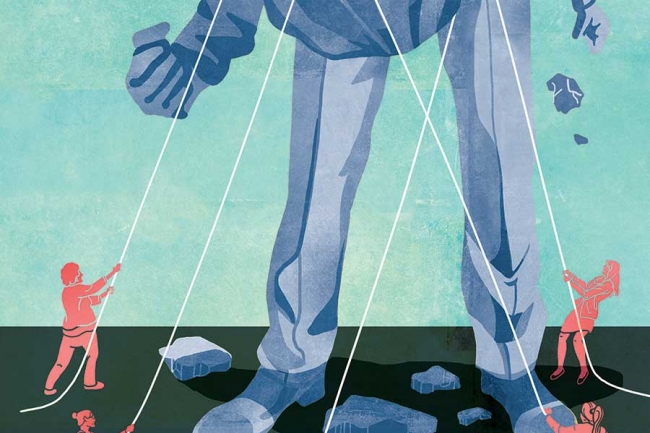 Women are not equal to men; they are superior in many ways, and in most ways that will count in the future. It is not just a matter of culture or upbringing. It is a matter of chromosomes, genes, hormones, and nerve circuits. It is not mainly because of how experience shapes women, but because of intrinsic differences in the body and the brain.

Do these differences account for all the ways women and men differ? No. Are all men one way and all women another? Also no. But none of those considerations seriously impede my argument or deflect its key conclusion: Women are superior in most ways that matter now.