The United States has pursued empire since early in its history, but it was the Soviet collapse in 1991 that enabled Washington to see the entire world as its oyster.

Chosen by History as the exceptional and indispensable country, Washington claims the right and the responsibility to impose its hegemony on the world. Neoconservatives regard their agenda to be too important to be constrained by domestic and international law or by the interests of other countries. Indeed, as the Unipower, Washington is required by the neoconservative doctrine to prevent the rise of other countries that could constrain American power.

Paul Wolfowitz, a leading neoconservative, penned the Wolfowitz Doctrine shortly after the Soviet collapse. This doctrine is the basis of US foreign and military policy.
The doctrine states: 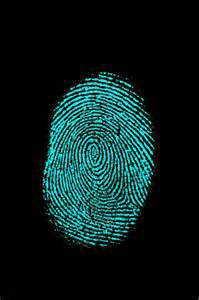 An open-access website called fotoforensics.com analyzes digital images to detect potential alteration. One of the techniques offered at the site is Error Level Analysis.
According to the site’s tutorial on ELA:


Error Level Analysis (ELA)permits identifying areas within an image that are at different compression levels. With JPEG images, the entire picture should be at roughly the same level. If a section of the image is at a significantly different error level, then it likely indicates a digital modification …

ELA highlights differences in the JPEG compression rate. Regions with uniform coloring, like a solid blue sky or a white wall, will likely have a lower ELA result (darker color) than high-contrast edges. The things to look for:

Textures. Similar textures should have similar coloring under ELA. Areas with more surface detail, such as a close-up of a basketball, will likely have a higher ELA result than a smooth surface.

Surfaces. Regardless of the actual color of the surface, all flat surfaces should have about the same coloring under ELA.

We are putting together a legal defense fund for Lt. Josh Doggrell, who was the LS member fired from the Anniston PD. Lt. Brown, who is no longer with the LS, took retirement.

If you'd like to contribute to that fund, make donation payable to Josh Doggrell and mail to him at 5430 Long Ave., Anniston, AL 36206.

Michael Hill
League of the South

Via comment by Anonymous on Lindsey Graham defends Confederate flag: 'It works...

More than 30 pedestrians, including three children, were hurt at several locations during the rampage and 10 victims were in hospital with serious injuries. One patient was in a critical condition on Saturday afternoon.

The driver, identified by police as a 26-year-old Austrian man of Bosnian heritage, has been arrested. He works as a professional driver and is married with two children.


Shooting the Kalashnikov AK-12 assault rifle in full-auto and 2-round bursts, during Russian Army 2015 expo.

The recoil is reduced, better ergonomics (tester says it doesn’t slide around), extensible stock, lighter and shorter. There’s now a short burst feature. You can now reload the gun with one hand due to the new bolt release latch. The AK-12 can fire at -52 degrees. Production can be ramped up to 50,000 new AK-12s per year.

The recoil is reduced, better ergonomics (tester says it doesn’t slide around), extensible stock, lighter and shorter. There’s now a short burst feature. You can now reload the gun with one hand due to the new bolt release latch. The AK-12 can fire at -52 degrees. Production can be ramped up to 50,000 new AK-12s per year.

With three jihadis dead and two jihadis jailed in attempts to kill me, this is just encouraging more jihadis to come after me — and the other women this Communist hate group names. At a time when jihad killers are moving actively against those whom they hate in the U.S., this is a quite literal hit list.

If any of the people named on this list are attacked or killed by jihadis, the SPLC ought to be shut down and prosecuted for incitement — not that such a thing is likely to happen in Obama’s America. Instead, Obama will probably send the SPLC a letter of commendation the week after the killing, as he did with the Oklahoma mosque after a Muslim beheaded one of his coworkers there.


A website has been tied to Dylann Roof. A reverse DNS  lookup by @HenryKrinkle and @EMQuangel found that a Dylann Roof registered lastrodesian.com. It has one document and a zip file filled with pictures of this guy.

The quiet boy everyone has been trying to understand had deep roots into a racist conversion. It shows the effect that misinformation on the internet and misinformation from Right Wing media can have. Pray tell how you came to this conclusion with evidence. It is a cancer.

The writing attributed to him as well as a few select pictures from the zip file are interspaced in the supposed manifesto. There should be no doubt the Emanuel AME Massacre is a hate crime by a terrorist.  What does this have to do with the price of eggs in China?  A premeditated murder, if proved, should have the same penalty regardless of the circumstances.

Like many Southern boys, I grew up with two flags hanging in my room — an American flag and a Confederate battle flag. The American flag was enormous, taking up much of one wall. It was the “1776” flag, with 13 stars in a circle in the field of blue. My grandmother bought it for me on the bicentennial, and for years it was a treasured possession. The flag took on a special meaning later in life, when I learned more of a family history that included service with General Washington, suffering at Valley Forge.

The Confederate battle flag was much smaller, and it hung over my bookshelf. We bought it at the Shiloh battlefield in Tennessee, where one of my Confederate ancestors fought and where Albert Sidney Johnston died — the general that many considered the great hope of the Confederate Army in the West. My Confederate forefathers went on to fight at Vicksburg, at the battles of Franklin and Nashville, and in countless skirmishes across Tennessee and Mississippi. I grew up looking at old family pictures, including men who still wore their Confederate uniform for formal portraits — long after the war had ended.

Black Friend of Shooter: Church not his Target & 'He never said anything racist'


A friend of Dylann Roof, the man charged over this week's shooting in a church in South Carolina, has told BBC News that the suspect had told him a week earlier he wanted to attack a local university. 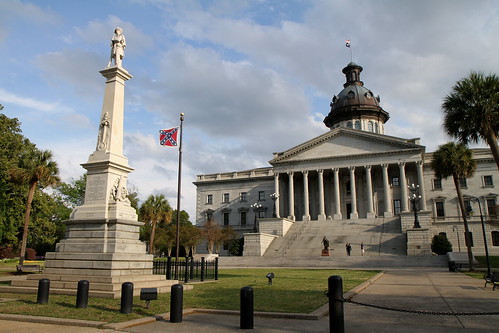 Petition to leave the flag alone

The nine deaths at a black church in Charleston this week reignited a fierce debate about South Carolina’s embrace of the Confederate flag as a symbol of Southern heritage.

Various state legislators have already gone on record defending the flag, its meaning, and its placement at the state capitol.

Well, one Republican state legislator confirmed to MSNBC’s Chris Hayes tonight that he’s introducing legislation before their next session to take down the flag at the capitol.

Brannon said, “I had a friend die Wednesday night for no reason other than he was a black man. Senator Pinckney was an incredible human being. I don’t want to talk politics, but I’m gonna introduce the bill for that reason.”

The next session of the South Carolina legislature convenes in January.


A North Carolina mother of three young children has traveled to Iraq to join the Kurdish Peshmerga in the fight against ISIS terrorists.

Samantha Johnston, 25, of Emerald Isle, N.C., is the only known American woman on the ground assisting in the fight against ISIS.

Johnston served in the United States Army from 2008 until 2011, and has been embedded with a Peshmerga unit near the city of Kirkuk for just over two months.

Her 5-year old and two 3-year-old twins are in the care of her family until she returns to America.


More with many pictures and longer video @ Fox
Posted by Brock Townsend at Saturday, June 20, 2015 2 comments:

If only economic decline was threatening our future, there might be hope. It’s the moral decline that spells our doom. 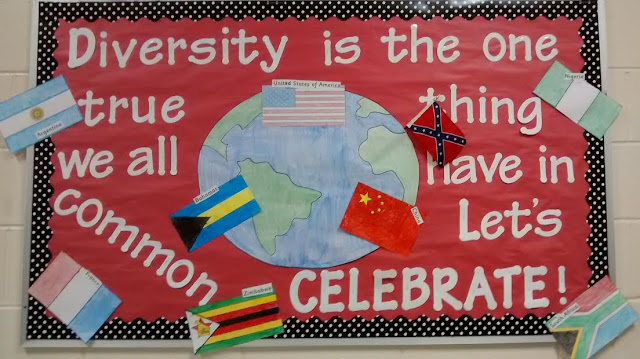 A civilized society’s first line of defense is not the law, police and courts but customs, traditions, rules of etiquette and moral values. These behavioral norms — mostly transmitted by example, word of mouth and religious teachings — represent a body of wisdom distilled over the ages through experience and trial and error. They include important thou-shalt-nots, such as thou shalt not murder, thou shalt not steal and thou shalt not cheat. They also include all those courtesies that have traditionally been associated with ladylike and gentlemanly conduct.

The failure to fully transmit these values and traditions to subsequent generations represents one of the failings of what journalist Tom Brokaw called “The Greatest Generation.” People in this so-called great generation, who lived during the trauma of the Great Depression and fought World War II, not only failed to transmit the moral values of their parents but also are responsible for government programs that will deliver economic chaos. 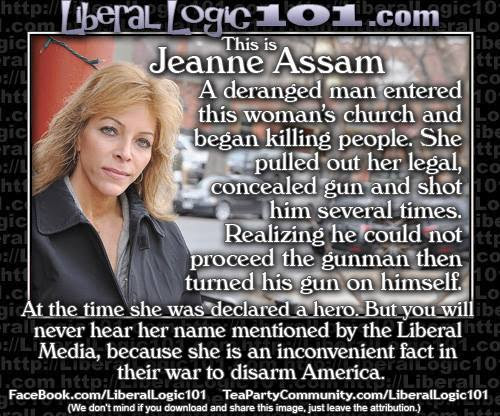 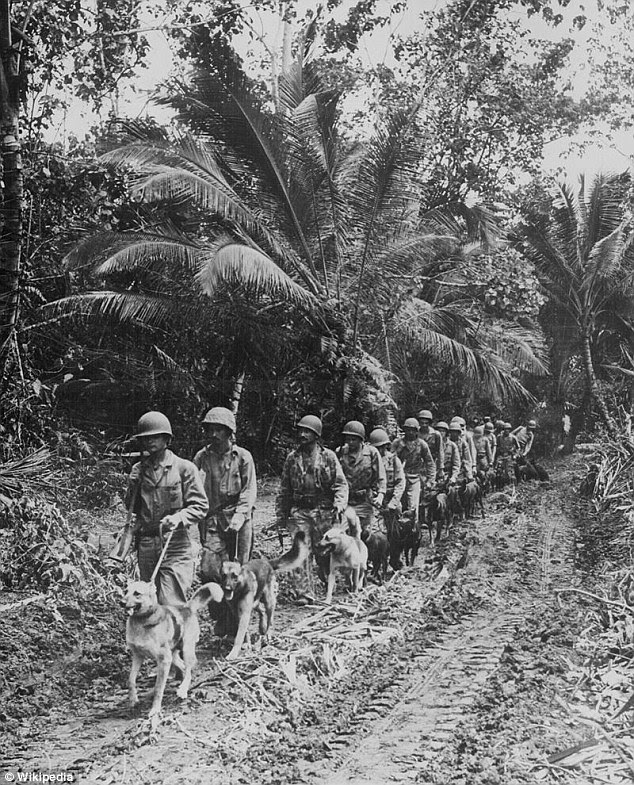 The Army has the Green Berets, while the Navy is known for the SEALs. Now, an elite branch of the U.S. Marine Corps will officially be known as Raiders.

The Marines will rename several special operations units as Marine Raiders at a ceremony Friday, resurrecting a moniker made famous by World War II units that carried out risky amphibious and guerrilla operations. The exploits of the original Marine Raiders — who pioneered tactics used by present-day special forces — were captured in books and movies including 'Gung Ho!' in 1943 and 'Marine Raiders' in 1944.

More with pictures and video @ Daily Mail
Posted by Brock Townsend at Saturday, June 20, 2015 No comments:

Via comment by Anonymous on The President Gets it Wrong Once Again -- Guns are... “Long-term covert ops sometimes disguise themselves by claiming that the hidden cause of a problem is the cure. So it is with psychiatric drugs, like SSRI antidepressants, which push people into committing murder. In the aftermath of these killings, leaders call for expanded psychiatric screening—which will result in further prescription of those very same drugs.” (The Underground, Jon Rappoport)

Police report the suspect in the Charleston church shooting, Dylann Roof, has been captured.

This is the latest in a string of crimes in which black-white conflict has been highlighted, pressed, argued, and used, for the purposes of: fanning flames of racial discord, exercising further gun control, and fatuously claiming that universal psychiatric screening and drugging is an answer.

In this brief article, I focus on black-white conflict.

In the 1960s, in America, the burgeoning drug culture and the Vietnam War became the occasion for protests and riots that shook the nation. In that case, the main target was the federal government.

Even though the “revolution” was pro-left, the 1968 Chicago riots were staged at the Democratic nominating convention. That gives you some idea of the degree of overall and virulent anti-government sentiment.

From the point of view of elite planners, the 1960s should not be repeated; at least not in the same way.

This time, the government should be seen as the hero, the rescuer, the mediator.

For that to happen, Americans would turn on and target each other.

There is no better way to accomplish that than to strike at the issue of race.