Posted by Brock Townsend at Tuesday, August 07, 2018 No comments:

A New York Times poll asking if Infowars and Alex Jones should be banned from Twitter was met with staunch opposition as nearly 80 percent of respondents have said “No.” 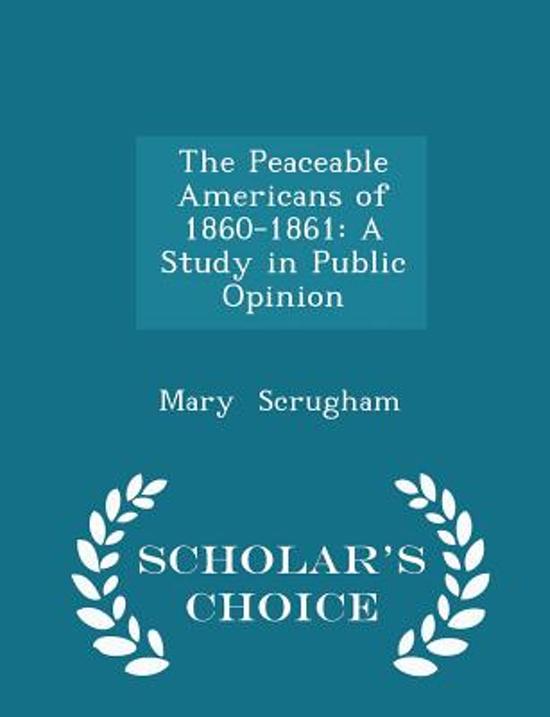 Clearly, the immediate cause of war in 1861 was the Republican Party. Rather than pursue compromise in the Peace Conference led by former President John Tyler, or follow former President James Buchanan’s [and Kentucky’s] suggestion of solving the issues in a National Convention of the States, the turbulent party of Lincoln chose “party over country” and plunged the country into a destructive war which claimed the lives of a million people, and sacrificed the Constitution to a military dictatorship.
Bernhard Thuersam, www.Circa1865.org   The Great American Political Divide

“After the failure of the Crittenden Compromise, Kentuckians refused to call it an ultimatum. They seemed to have felt that if an earthquake should swallow up the State it would not be more disastrous to them than disunion and civil war. They, therefore, responded with alacrity to the Virginia summons for a Peace Conference.

Unfortunately, the delegations from the northern States were made up of carefully picked “not-an-inch” Republicans, and the Peace Conference made no headway toward conciliation.

In the meantime, the Kentucky Legislature suggested the calling of a great national convention freshly elected by the American people, to deal with the subjects in controversy as became a free, intelligent and enlightened people. Kentucky did not want the Union to be broken in the “mortar of secession to be strung together on a rope of sand”, but neither did she want a higher law than the Constitution of the United States interpreted by the Supreme Court to be set up by a Republican minority.

However, the reinforcement of Fort Sumter directly brought on a so-called disturbance of the public peace and a call for 75,000 troops was thus substituted for the call of a National Convention. Of course, it was obvious after the spring elections that the non-compromising Republicans could secure only a minority of the delegates to such a Convention freshly elected by the people.

Moreover, the calling of such a convention would have been a substantial admission on the part of the Republican leaders that they, themselves, were not representative of the nation and that their argument in favor of a sectional control of the national government was invalid.

In other words, the calling of a National Convention would have amounted to an admission that the Republican party leaders were wrong in the premises – not on the slavery question, but on their advocacy of a sectional control of the national presidency. Lincoln’s statement that if [Major Robert] Anderson came out of Sumter, he, himself, would have to come out of the White House, was doubtless a correct estimate of the effect a withdrawal of troops from Sumter and the calling of a National Convention would have had on the political fortunes of the sectional Republican party. 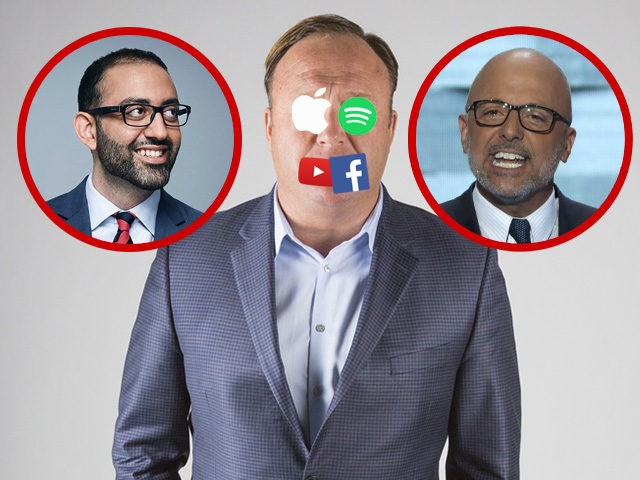 What does this mean? It means that Democrats are pressuring social media companies to give them free political favors by granting them a free platform while denying one to their critics.
It also means that the corporate media are all working overtime to remove their competitors on social media. And it’s working.

Big tech’s coordinated purge of InfoWars — which was hit by bans from Apple, Facebook, Spotify and YouTube in rapid succession — did not occur in a vacuum. On this issue, Silicon Valley bowed to CNN journalists and Democrat politicians who ceaselessly lobbied for the site to be censored.

It’s a sign of how the concentration of power in America has shifted from big government to big tech that politicians are now lobbying tech companies rather than the other way round, but that’s exactly what happened over the course of the past few months, as Democrats applied relentless pressure on Facebook and other Silicon Valley giants to censor InfoWars. InfoWars’ biggest “crime” was that it constantly challenged government narratives. According to Murphy, the “survival of our democracy” depends on banning sites that ask questions of it. Orwell could not have dreamed this up.

Murphy is notoriously leftist. He is one of the most outspoken anti-Second Amendment members of the Senate. It makes sense that he would be anti-First Amendment as well. Democrats like Murphy seek power and control. The more they are questioned, the less power they have. A man from Glendale California has been charged with vandalizing the star on Hollywood’s Walk of Fame that belongs to President Donald Trump last month.

Austin Mikel Clay, age 24, is accused of destroying Trump’s star on Hollywood Boulevard with a pickaxe on July 25th. Clay has been charged with one count of felony vandalism and the judge has set his bail at $20,000. If convicted, Clay is facing up to three years in confinement.

Review of “Lincoln, The Man” by Edgar Lee Masters

Via comment by Borepatch  on The Death of Historical Accuracy

“The political history of America has been written for the most part by those who were unfriendly to the theory of a confederated republic, or who did not understand it. It has been written by devotees of the protective principle [i.e. a tariff], by centralists, and to a large degree by New England.”
– Edgar Lee Masters

“The American people, North and South, went into the war as citizens of their respective states, they came out subjects of the United States.”
– H. L. Mencken 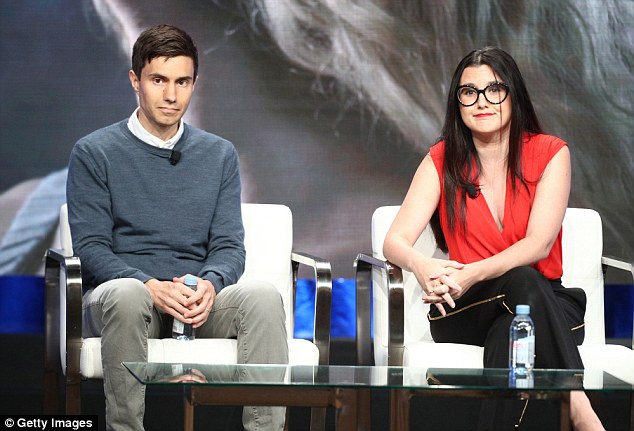 The situation turned ugly when the invited “news reporters” screamed about Facebook allowing FOX News and Infowars on their platform.


More @ The Gateway Pundit
Posted by Brock Townsend at Tuesday, August 07, 2018 No comments:


When the War Between the States (Civil War) ended in 1865, Capt. Wirz was paroled. However, shortly thereafter, he was arrested and carried to Washington , D.C. where he was placed in the Old Capitol Prison.   His trial before a military tribunal lasted several months, and included the perjured testimony of a Yankee soldier, Felix Oeser, who was a deserter from the 7th NY. Regiment, who falsely claimed to be Felix de la Baume, a great nephew of Marquis Lafayette of American Revolutionary war fame.  For his false testimony against Capt. Wirz, he was given a position with the U.S. Dept. of the Interior.  It was later learned that this key witness whose perjured testimony contributed considerably to the conviction had never been at Andersonville . The vast Majority of defense witnesses for Capt. Wirz were not permitted to testify.  Many historians call his trial a farce and travesty of justice.  After the war in 1908, James Madison Page, a Michigan cavalryman, who had been a POW at Andersonville , wrote a book completely exonerating Wirz.

The 62-year-old Chinese shopkeeper had waited nearly his entire adult life to see his dream of building a church come true — a brick house with a sunny courtyard and spacious hall with room for 200 believers.

But in March, about a dozen police officers and local officials suddenly showed up at the church on his property and made the frightened congregants disperse. They ordered that the cross, a painting of the Last Supper and Bible verse calligraphy be taken down. And they demanded that all services stop until each person along with the church itself was registered with the government, said the shopkeeper, Guo, who gave his last name only from fear of retribution.

'We Have to Regulate Every Aspect of People's Lives'

The city recently criminalized the use of plastic straws. Speaking to that issue, Councilman Jesse Dominguez said, “Unfortunately, common sense is just not common. We have to regulate every aspect of people’s lives.”

Via comment by Average Joe on Snopes: Murders of Christopher Newsom and Channon... 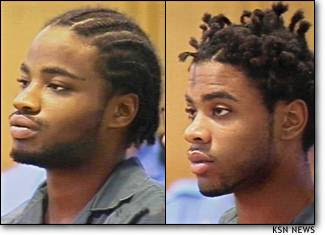 Your only source for the shocking eyewitness testimony of the lone survivor of America's most suppressed massacre.

At about 11 PM on the freezing cold night of December 14, 2000, Reginald Carr, 23, and Jonathan Carr, 20, invaded the home of three young Wichita men who had two female guests.  The Carr Brothers forced all of them to strip naked. They beat the men and raped the women.

University of Virginia commission finds slavery was 'core' to institution

A presidential commission at the University of Virginia in a report released Tuesday found that slavery was central to the institution’s creation and that its founder, Thomas Jefferson, had planned on slavery continuing its legacy.

The report, released just days ahead of the first anniversary of the deadly white supremacist rally in Charlottesville, Va., where the university is located, found that Jefferson believed “it to be an institution with slavery at its core.”

“He believed that a southern institution was necessary to protect the sons of the South from abolitionist teachings in the North,” the report states.