The South and the West, Part 2 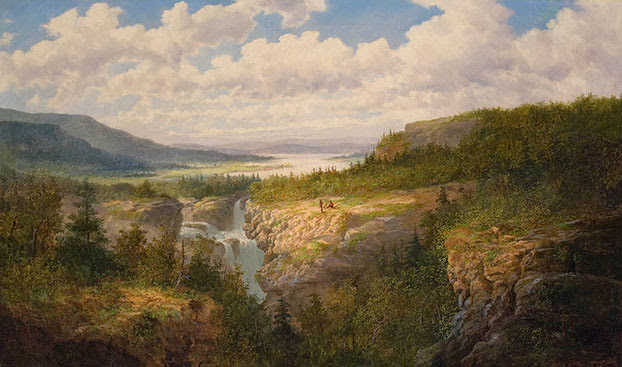 It seems my mission here is to bring to your attention unfamiliar and unfashionable truths about American history. Let me give you another one. The American West, the frontier, was NOT conquered and settled by a “Nation of Immigrants.” George Washington was already the fifth generation of his family in Virginia, as were most of his neighbours.

There was a wave of Scots-Irish immigration before the Revolution. Thereafter, for almost a century, there was a trickle of immigrants but no wave. Not until the late 1840s, with the Irish potato famine and the Continental revolutions of 1848, was there another wave of immigrants large enough to change the character of the people. During that low-immigration century, the American population quadrupled—by natural increase of the original settlers—and civilised an immense area. Americans were a vigorous people with big families. For every son to inherit the family farm in the East there were four or five others who might look west for setting themselves up in life. The only Melting Pot going on was some mingling of different groups of the pre-Revolutionary settlers. The idea that a constant flow of foreigners was needed was absurd. Immigration was promoted not by the need to populate the West. Then as now the reason was the corporate thirst for cheap labour.


More @ The Abbeville Institute
Posted by Brock Townsend at Saturday, September 15, 2018 No comments: Links to this post

Woman who knew Kavanaugh in high school speaks out

Posted by Brock Townsend at Saturday, September 15, 2018 No comments: Links to this post

While thousands of people struggle to overcome the damage left behind by Hurricane Florence, citizens in Wilmington broke into the closed Family Dollar Saturday on Greenfield Street to steal anything they could find.


"When we came over the hill on Greenfield Street, you could just see people everywhere," Chelsea Donovan said.

Donovan and another WECT employee walked to the front entrance and back exit of the store at the intersection of Greenfield and South 13th Streets, witnessing people wearing masks and carrying out various items, including paper goods.

What Donovan didn't see was law enforcement and there's a reason.


More with video @ WECT
Posted by Brock Townsend at Saturday, September 15, 2018 20 comments: Links to this post

No long hair allowed. :)
Posted by Brock Townsend at Saturday, September 15, 2018 No comments: Links to this post

We now live in a psy-ops world. The latest Deep Throat War in Washington bears all the elements of an epic of the genre. Fear: Trump in the White House, by Bob Woodward, who remains an associate editor at the Washington Post, will be released next week, on the 17th anniversary of 9/11.

This, in turn, will divert attention from the fact that the former, Bush era-coined Global War on Terror has metastasized into an all-American Rebels With A Cause special, featuring support for the “moderate rebels” al-Qaeda in Syria, former Jabhat al-Nusra, now Hayat Tahrir al-Sham.

The Air Force has begun a series of major upgrades to its oldest aircraft — the B-52H Stratofortress — to keep the fleet viable until about 2050.

The iconic B-52 airframes first came off the production line more than six decades ago.

The service currently possesses 76 of the long-range subsonic strategic bombers, split between Barksdale Air Force Base, Louisiana, and Minot Air Force Base, North Dakota, and operated by the service’s Global Strike Command as well as Air Force Reserve Command.

The B-52H has a robust airframe and flexible mission capabilities for both conventional and nuclear warfare, which has allowed it to keep flying as much younger aircraft are retired, said Maj. Jacob Davis, chief B-52 requirements officer at Global Strike Command. 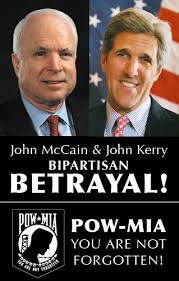 Why Has John McCain Blocked Info on MIAs?

But we’ll never know the truth because McCain was instrumental in making sure that the records of what happened were buried. We may never know what happened to those real or alleged POWs. They’re hidden behind a veil of secrecy now.

The former senator and presidential candidate was 81 years old.

Of course, you probably know this. McCain’s death was the biggest news story for about a week. It’s all most people wanted to talk about, and that includes Doug Casey.

That’s right. Doug wrote me days after McCain died and said “we should probably talk about this.” So I got him on the phone as soon as I could to get his thoughts…

Justin: Doug, the mainstream media widely remember McCain as a patriot, maverick, and a decent man. But we both know that your opinions often differ from the mainstream. So… what are your thoughts on McCain and his legacy?

Doug: Where to begin with McCain? Of course it’s generally considered unseemly to speak ill of the dead. But why? I don’t have a problem with it because I like to call a spade a spade anytime, but especially when we’re talking about career politicians. Why are they, of all people, treated with special respect?

Will America Fall to Socialism in the November Elections?

For a peek into what America may soon look like if citizens who value the U.S. Constitution and the rights it protects don’t show up to vote in the November elections, focus for a moment on the ugly chaos created by Marxist/socialist/feminist/Islamist “progressives” in Judge Brett Kavanuagh’s Supreme Court confirmation hearings before the Senate Judiciary Committee.

Lawless, hysterical, and venom-spewing bigots attempted to take over the hearings. And that’s not including the screams and other bizarre interruptions by radical protesters, more than 220 of whom were arrested and removed from the Senate chambers.

Leftist Senators Cory Booker, Kamala Harris, Dianne Feinstein, and Patrick Leahy made a mockery of a vital constitutional Senate function and egged on the demonstrators, some of whom had fake blood dripping from their crotches.


More @ The Patriot Post
Posted by Brock Townsend at Saturday, September 15, 2018 No comments: Links to this post

Secretary of State Mike Pompeo said Friday that former Secretary of State John Kerry’s conversations with Iran are “unseemly and unprecedented,” but would not go as far as President Trump in saying they are illegal.

“I’ll leave the legal determinations to others,” Pompeo told a press briefing Friday. “But what Secretary Kerry has done is unseemly and unprecedented. This is a former secretary of State engaged with the world’s largest state sponsor of terror.”


More @ The Hill
Posted by Brock Townsend at Saturday, September 15, 2018 No comments: Links to this post

Devin Nunes knows a lot more than the average person in Congress when it comes to the Russia investigation. He is an ally of Trump and he has been pushing for Trump to declassify documents related to the FISA warrants that led to investigations of the dossier and Russia.
Nunes is now warning Democrats and the media that they won’t like what they see.

House Intelligence Committee Chairman Devin Nunes said this week that Democrats and the media are likely to be “frightened” by the information contained in Trump-Russia documents that Republicans are asking President Trump to declassify.


More @ The Gateway Pundit
Posted by Brock Townsend at Saturday, September 15, 2018 No comments: Links to this post

Posted by Brock Townsend at Saturday, September 15, 2018 9 comments: Links to this post 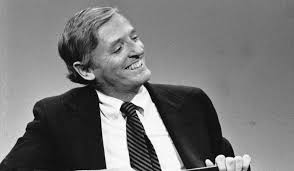 The conservative movement in this country has always been plagued by the infiltration of (how can I say this nicely) out and out fakes–people who claimed conservative credentials but were, in reality, on the other side. You can say some of these people were part of the Deep State 40-50 years ago, before we even realized there was such a thing.

Many have noted that William F. Buckley seems to fit into this category.  I realize there are some who will contend that Buckley was a sterling conservative, but note with me some information from the John Birch Society bulletin for March of  this year. You just may find out some things about Mr. Buckley you were unaware of.


More @ Revised History
Posted by Brock Townsend at Saturday, September 15, 2018 No comments: Links to this post