Man arrested in Florida over 'Defacing Monument' with Tire Burnout on LGBT flag, but how about BLM Statue Demolishing? 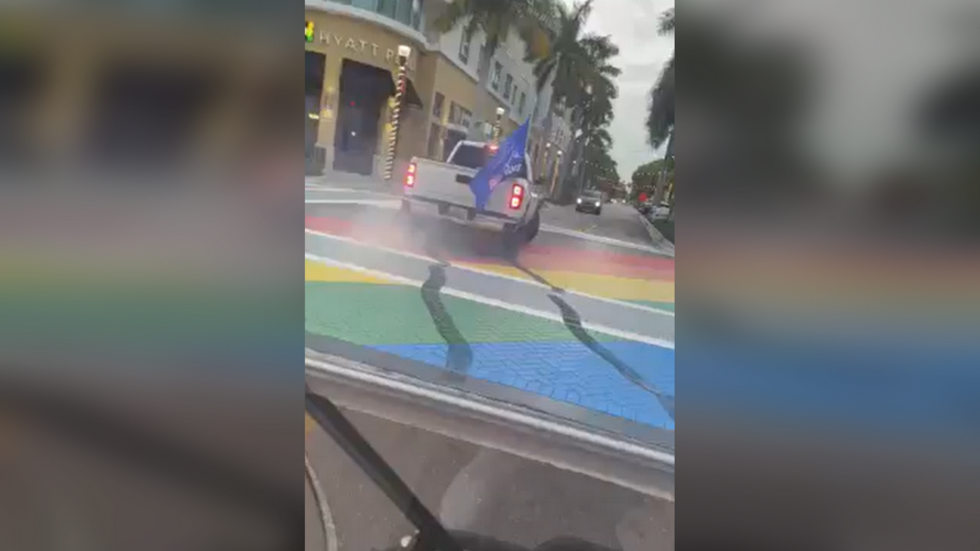 Remember this and remember who did it too and remember the “authorities” who didn’t give us do any justice because someday we will have justice but until then all you can do is watch in pain as things you love get destroyed and things which you despise, you can’t do anything against.

A Florida man has been slapped with felony charges for leaving tire tracks across an intersection painted in the rainbow colors of the LGBT pride movement. LGBT activists cheered the police for throwing the book at the suspect.

Alexander Jerich, 20, turned himself in to police in Delray Beach, Florida, on Thursday. Jerich was seen on Monday allegedly pulling onto the intersection in a pickup truck and spinning his rear tires for around 15 seconds, leaving black streaks across the rainbow stripes and sending clouds of smoke into the air.

Jerich was taken to Palm Beach County Jail. Local media reported that he was charged with criminal mischief over $1,000, reckless driving, and evidence of prejudice, the latter of which elevated the charges against him from misdemeanor to felony.

Interview with Green Beret Jeremy Brown: “Scores of Guys” Have Written and Told Me They Were Contacted by FBI to Spy on Patriot Groups

On January 6, after one million Trump supporters rallied with President Trump at the Ellipse outside the White House in Washington DC, some 900 individuals went inside the US Capitol.

Over 400 Americans have since been arrested even those who were waved into the US Capitol by the police standing at the exits. 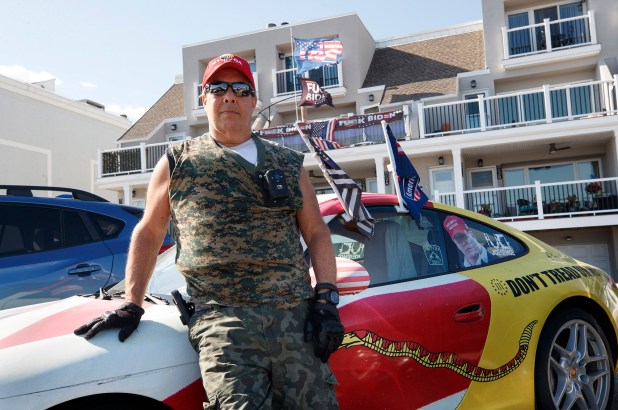 Michael Wasserman wants to let his freedom fly — but his town of Long Beach, LI, isn’t having it.

“I believe the city is trying to silence me because I’m pro-Trump,” he told The Post.

The 62-year-old entrepreneur has become known in the area for plastering his home — along with his Porsche and Jeep — with a rotating variety of political flags and stickers.

Now he has filed a $25 million federal suit — against the City of Long Beach, the chief of police, the city manager and specific police officers — after officials forced him to remove the flags on his cars.

“Defund the police” has become a popular phrase among leftist activists, gaining momentum during a rash of Black Lives Matter protests and riots last summer following the police-custody death of George Floyd in Minneapolis in May 2020.

According to former Arizona police officer Brandon Tatum, author of the upcoming book, “Beaten Black and Blue: Being a Black Cop in an America Under Siege,” there is a broader agenda behind the “Defund the Police” movement.

"This is Why People Hate Democrats!" Bill Maher Rails Against Dems for Embracing PC Culture

Look Out For These Water Snakes In The Southeast 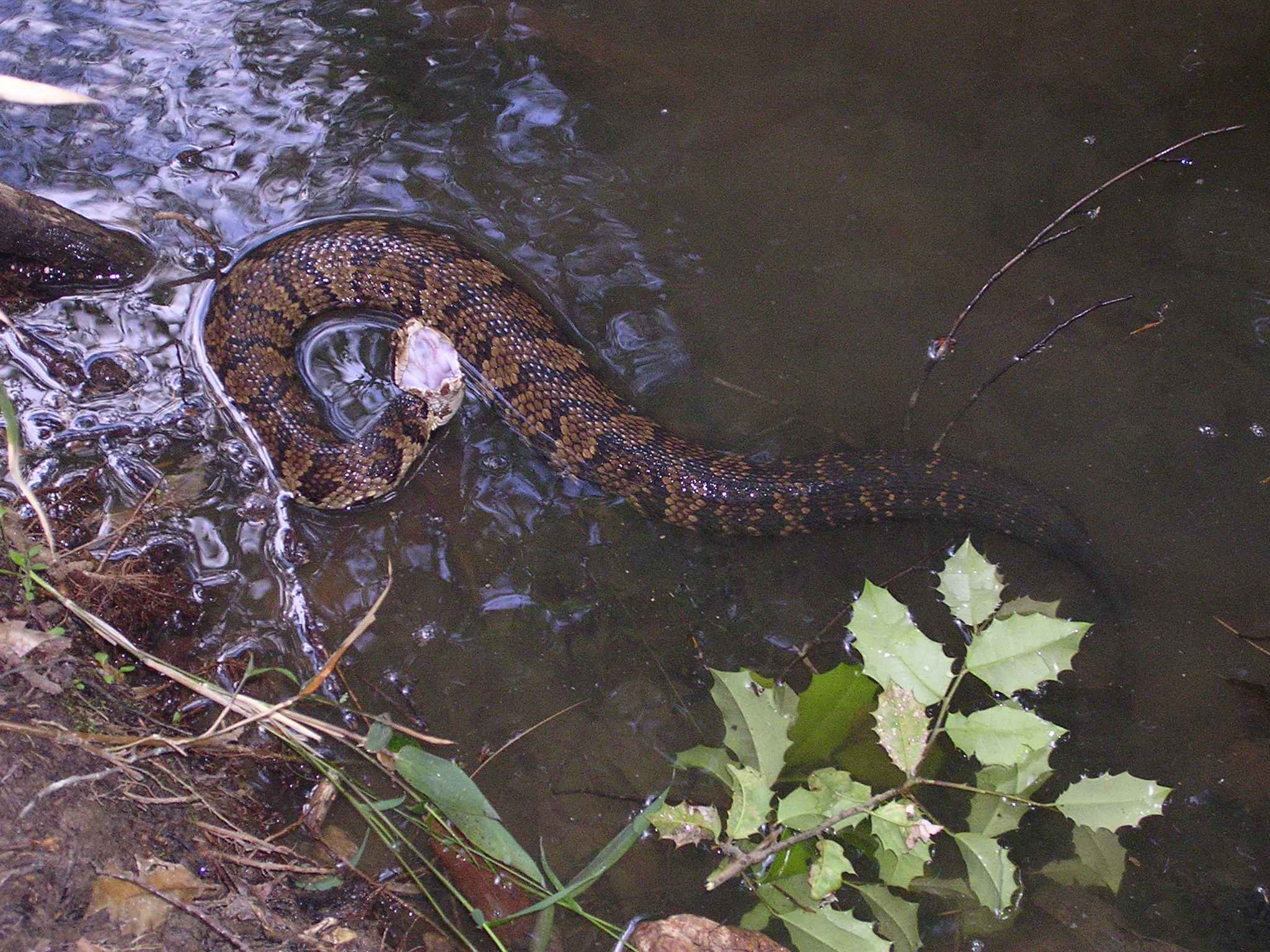 When I had a garage in the 80's/90's there was a man who caught Rattlesnakes behind the shop (Southern California) with his bare hands so he could sell the hide.  He gave me the rest and I have a great photo of Christine eating a grilled one and you can see the spine's curved bones. :)

Do you know the difference between a venomous and non-venomous snake? Keep an eye out for these common snakes in the water this summer.

Any time you are going camping near lakes, streams, or rivers, it’s pretty common to see water snakes. Not to give you nightmares or anything, but the reality is that almost all snakes can swim.

Seeing any snake is already enough to give you the heebie-jeebies and put you on edge. But knowing how to identify a poisonous snake versus a non-poisonous snake can help put you at ease, at least a little bit. Here are some key aspects you should know when trying to identify whether or not a snake is venomous.

More @ Do It Yourself RV

Recently a video of Hannah catching a 30 pound catfish went viral, gaining over 15 million views in 7 days. We were lucky enough to spend the day with Hannah and learn some catfish noodling tips from her and her dad Jeff.
Posted by Brock Townsend at Sunday, June 20, 2021 4 comments:

"The newspaper reported that the firm, created 10 days before Stoney ordered the statues removed, is a shell company linked to Team Henry Enterprises, a Newport News-based contracting firm owned by Devon Henry, a Stoney donor."

In case anyone wanted to know.

A key Pennsylvania state Senate Republican this week ever so gingerly dipped his toe into the waters of a possible election recount.

Pennsylvania was among the states targeted by former President Donald Trump, who alleged that there were irregularities in the state.

Trump recently warmed to the idea of running for a House seat to become the potential Speaker after it was suggested by radio host Wayne Allyn Root, who said that his victory would “wipe” Biden out. Trump called the suggestion “so interesting.”

Former President Donald Trump has been put forward as a front runner for the role of Speaker of the House. Should he run for Congress and win.

Speaking to Fox News’ Brian Kilmeade, House Minority Leader Kevin McCarthy addressed the exact scenario in which Trump would lead Republican representatives as Speaker of the House if they retake the chamber during the 2022 midterms. As the current House Republican leader, McCarthy would be the obvious choice to fill the position. 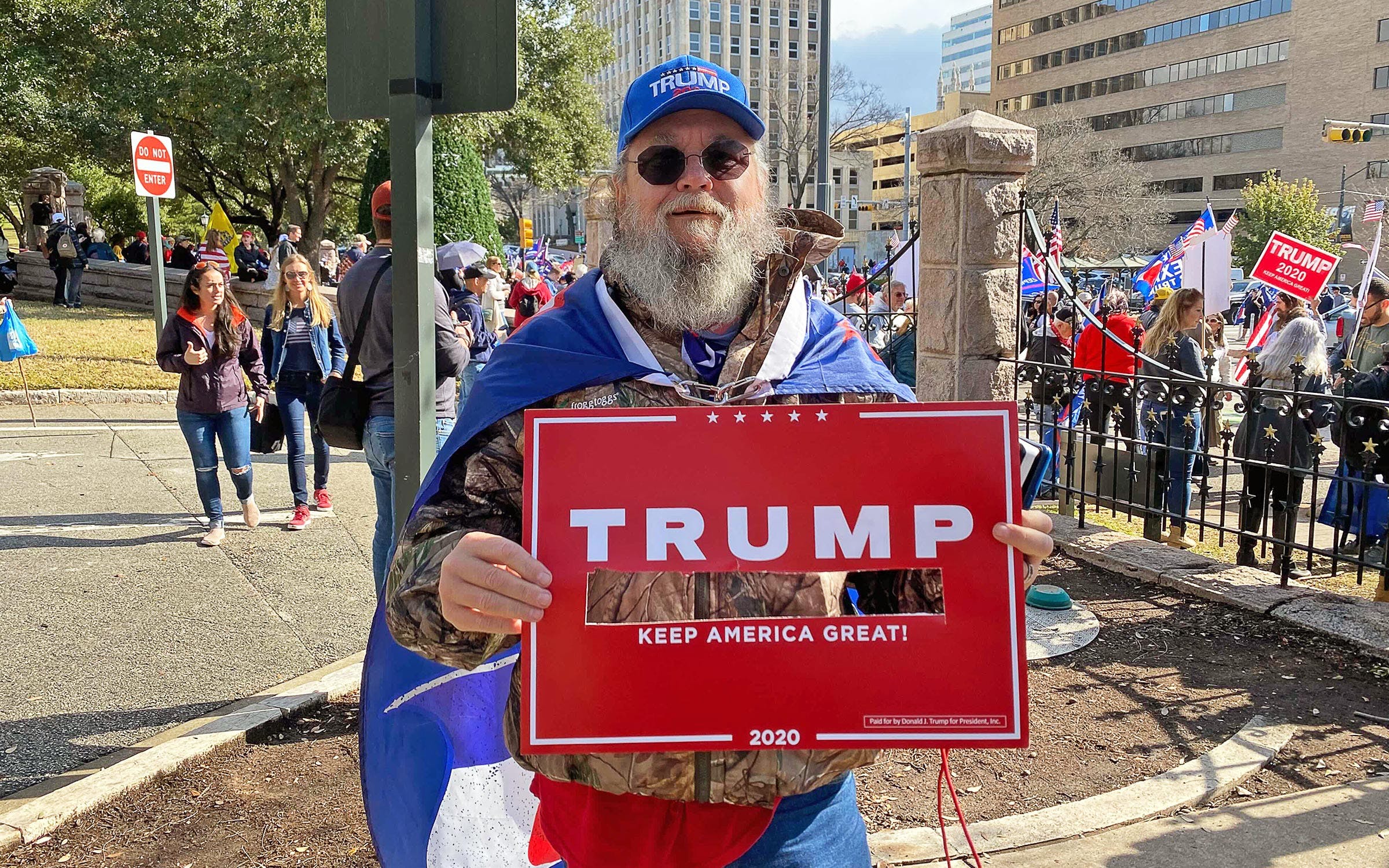 Via Eddie
House Minority Leader Kevin McCarthy has said former Vice President Mike Pence is not a traitor and defended him after some hecklers accused Pence of treason during a speech on Friday.

Pence was met with some shouts of "traitor" on Friday during his speech at the Road to Majority Policy Conference in Orlando, Florida. The event was hosted by the Faith and Freedom Coalition.

Great Discussion About The FBI & CIA's Relationship With The Mainstream Media

Tucker Carlson & @ggreenwald Discuss The Liberal Corporate Media Branding Anyone Who Asks Questions Asked About The FBI's Role On January 6th As A "Conspiracy Theorist" pic.twitter.com/wO7U3AgX7o

Subpoenas Are Being Prepared For Pennsylvania Audit

The former top ethics official for President Barack Obama unloaded on President Joe Biden in a profanity-laced rant on Twitter late this week, saying that Biden has been an utter failure.The official made the remarks in response to a report from The Washington Post about how numerous top Biden aides have received “coveted jobs” in the Biden administration.