An arm, a foot and an eye for The Cause

Via Ron W Thanks for posting the excellent version of that song. Lead singer and drummer, Levon Helm, played the old Athens, Tennessee gunsmith in the movie, "Shooter". ( I didn't know he had  the same cancer as had I.  He was advised to cut it out but went for radiation as I did but on the recommendation of my surgeon at Fort Kue Army Hospital, OK who had graduated from my military school after me.  Mine came back also and was cut out.  Too bad he didn't have the same luck as I have had so far but it did eventually allow him to sing again which I imagine pleased him the most.)

“There they go, the happy and gallant few; the last gathering of the flower of Southern manhood.......

..... They march with as airy a trade as if they still believed the world was all on their side, and that there were no Yankee bullets for the unwary.” ~ Mary Boykin Chesnut, March 27, 1865. Describing the infantry corps of Gen. Stephen D. Lee.

Union men in the South encouraged Lincoln to withdraw troops from Fort Sumter, defuse the crisis and allow time for cooler heads to prevail; Gen. Winfield Scott, a Virginian, suggested Lincoln relinquish Fort Pickens as a conciliatory gesture toward the South. The problem for Lincoln was maintaining Republican party cohesion, and especially the radical element that pushed for war and the opportunity to decisively destroy the South’s political and economic power – and chose party over country.
www.Circa1865.org  The Great American Political Divide

“Seward was in no way alone in urging Lincoln to give up Sumter. Five members of the cabinet expressed the same point of view on March 15; only two were for provisioning Sumter. Seward . . . strongly set forth in a memorandum to Lincoln his belief that Sumter and Pickens were different situations:

“My system is built upon this idea as a ruling one, namely we must change the question before the public from one upon slavery, or about slavery, for a question upon Union or Disunion. In other words, from what would be regarded as a party question to one of patriotism and union.

The occupation or evacuation of Fort Sumter, although not in fact a slavery, or a party question is so regarded. Witness, the temper manifested by the Republicans in the Free States, and even by Union men in the South. I would therefore terminate it as a safe means for changing the issue. I deem it fortunate that the last administration created the necessity.

For the rest, I would simultaneously defend and reinforce all the Forts in the Gulf, and have the Navy recalled from foreign stations to be prepared for a blockade. Put the Island of Key West under Martial Law. This will raise distinctly the question of Union or Disunion. I would maintain every fort and possession in the South.” 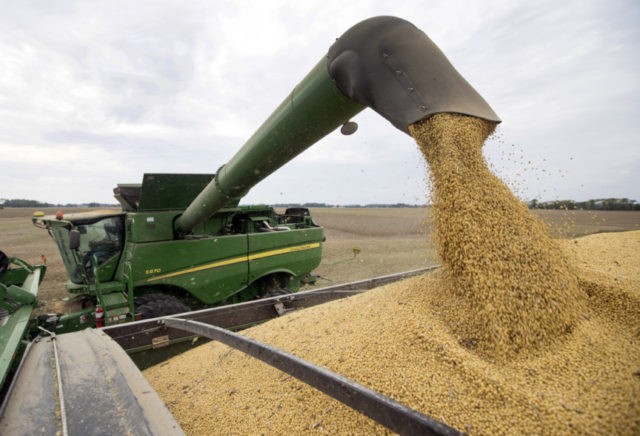 Thank you for raising awareness of the phenomenon that you can get a PhD in philosophy from a great school like Berkeley and still be a mediocre thinker. Not surprising to be an asshole, but notable to be not that smart.
— Lord ThirstyFingers (@walrustime) November 7, 2019

An instructor at UC Berkeley argued that “rural Americans” are “bad people” who have made “bad life decisions” in a tweet that he has since deleted.

UC Berkeley instructor Jackson Kernion said that “rural Americans” are “bad people” in a tweet last week. Kernion, a graduate student studying philosophy, has taught ten courses at UC Berkeley over the past few years. The tweet, which was highlighted this week by Campus Reform, was deleted after it sparked criticism from other Twitter users
.
“I unironically embrace the bashing of rural Americans. they, as a group, are bad people who have made bad life decisions. Some, I assume, are good people,” Kernion wrote in the deleted tweet. “But this nostalgia for some imagined pastoral way of life is stupid and we should shame people who aren’t pro-city.”

Nikki Haley: Tillerson, Kelly Tried to Recruit Me to ‘Save the Country’ by Undermining Trump & Tillerson Tried to Run the Country Behind Trump’s Back 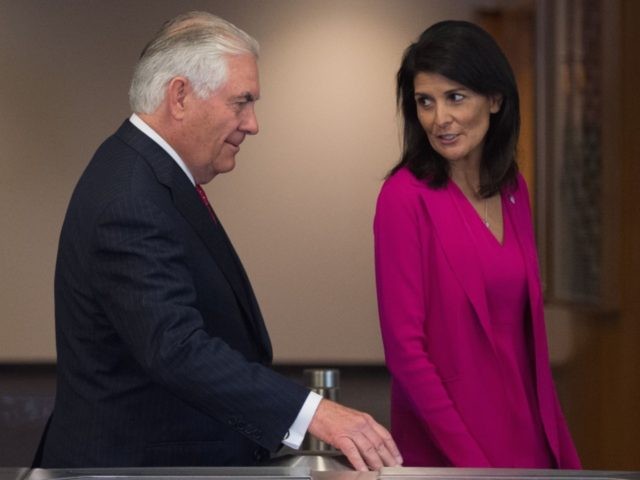 During this week’s broadcast of “CBS Sunday Morning,” it was revealed that former Trump administration U.S. Ambassador to the United Nations Nikki Haley said in her book “With All Due Respect” that then-White House Chief of Staff John Kelly and then-Secretary of State Rex Tillerson “confided in me that when they resisted the president, they weren’t being insubordinate, they were trying to save the country.”

Reading from Haley’s book, Norah O’Donnell asked, “Tillerson went on to tell me the reason he resisted the president’s decisions was because if he didn’t, people would die. Do you memorialize that conversation? It definitely happened?”

Haley said, “It absolutely happened. And instead of saying that to me, they should’ve been saying that to the president, not asking me to join them on their sidebar plan. It should’ve been, ‘Go tell the president what your differences are, and quit if you don’t like what he’s doing.’ But to undermine a president is really a very dangerous thing. And it goes against the Constitution, and it goes against what the American people want. And it was offensive.” &(Traitorous)

John Kelly released a statement to CBS saying, “If by resistance and stalling she means putting a staff process in place…to ensure the [president] knew all the pros and cons of what policy decision he might be contemplating so he could make an informed decision, then guilty as charged.”

Haley’s claims, made in a new book and reported by the Washington Post, come as former White House aides have told the House impeachment inquiry that they were alarmed that Trump was making his own policy on Ukraine.

In Haley’s book, With All Due Respect, the Post says:


Former secretary of state Rex Tillerson and former White House chief of staff John F. Kelly sought to recruit her to work around and subvert Trump, but she refused …
“Kelly and Tillerson confided in me that when they resisted the president, they weren’t being insubordinate, they were trying to save the country,” Haley wrote.
“It was their decisions, not the president’s, that were in the best interests of America, they said. The president didn’t know what he was doing,” Haley wrote of the views the two men held.

Kelly and Tillerson’s arguments mirror those made by some of the witnesses Democrats called to testify in private before the House Intelligence Committee.

Lt. Col. Alexander Vindman, for example, admitted that he did not know if anything Trump said to the president of Ukraine on their now-infamous phone call was illegal, but that he was concerned that Trump’s views went outside the “interagency” consensus and reflected an “unproductive narrative.”

Haley, who told CBS Sunday Morning that she did not believe the president had done anything wrong in the phone call, has been critical of Trump in the past — most recently, for example, criticizing his withdrawal in Syria.

She repeated her claim that Kelly and Tillerson tried to run their own policy in the belief that they were saving the country.
Posted by Brock Townsend at Sunday, November 10, 2019 No comments:

The Virginia elections were held this past Tuesday and the results were what was expected. A ridiculous system of gerrymandering, the usual Republican mealy-mouth ‘anything but win’ attitude coupled with a nearly universal franchise meant the kinda-left lost seats to the communist-left. In the land of the mathematically and morally challenged, the communist-left took a loss in the popular vote and three percent majority in the statehouse to mean a mandate. In all seriousness, the most meaningful development for the state of Virginia in the last 24 hours was the local talk radio hosts unveiling the nickname “Senõr Blackface” for Ralph Northam (pronounced Nhhhhaaaaaawthaaaam).

One of the most insufferable side effects of this ‘vote harder’ fad is the impression that somehow one is obligated to listen to the oppressors. 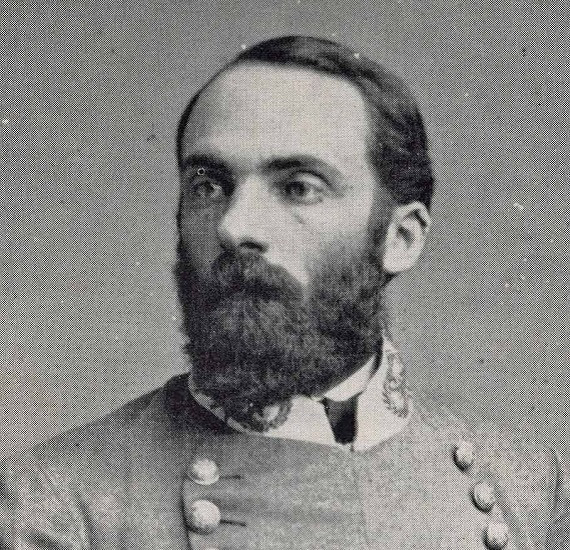 Causes Of The War.

Opposition of the Southern Colonists to Slavery, and Their Devotion to the Union–Advocates of Secession.

On Friday, July 13th, 1894, the House of Representatives being in Committee of the Whole, on appropriations and expenditures, and having under consideration the bill to remove the charge of desertion standing against Patrick Kelleher, late private, Company C, Thirty-eighth Illinois Volunteers, Mr. Wheeler, of Alabama, as a member of the Committee on Military Affairs, made a speech which has since attracted widespread attention. The discussion, which became animated, led up to the causes of the late war and its immense expenditures, and Mr. Wheeler brought out some startling historical facts. He said:


More @ The Abbeville Institute
Posted by Brock Townsend at Sunday, November 10, 2019 No comments: 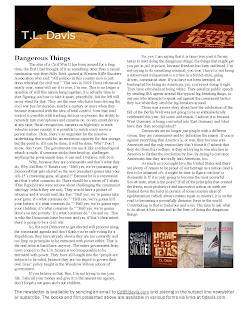 My Name is Dixie

Recall us all on Memorial Day

Please allow me to share some accomplishments and contributions and sacrifices made by my family. My name is Dixie.

My son George Washington from Virginia led our troops to victory in the American Revolution, during freezing weather and while disease killed many spared in combat.

My son Francis Marion -- the "Swamp Fox" from South Carolina -- also fought the British and won during the American Revolution.

My son Andrew Jackson from South Carolina fought in New Orleans during the War of 1812. His courage and 3,000 men defeated 10,000 experienced British troops. What leadership! We won the War of 1812, thanks to men like him.

My son Sgt. Alvin York from Tennessee captured 50 or so German soldiers during World War I and marched them back to U.S. lines singlehandedly. He was the most decorated soldier in World War I and was awarded the Medal of Honor.

My son Lt. Audie Murphy from Texas earned a battlefield commission in combat against Hitler's army in World War II. He also became the most decorated soldier in World War II.

Also in World War II, some great military leaders came from the South: Gens. Dwight Eisenhower from Texas and Douglas MacArthur from Arkansas, and Adm. Chester Nimitz from Texas.

In closing, please honor my 260,000 family members who died in the War Between the States on Memorial Day. I will never forget them.

"New Orleans. Jefferson Davis once stood here in a beautiful park like setting. This is what Democrats want to turn Richmond into.."