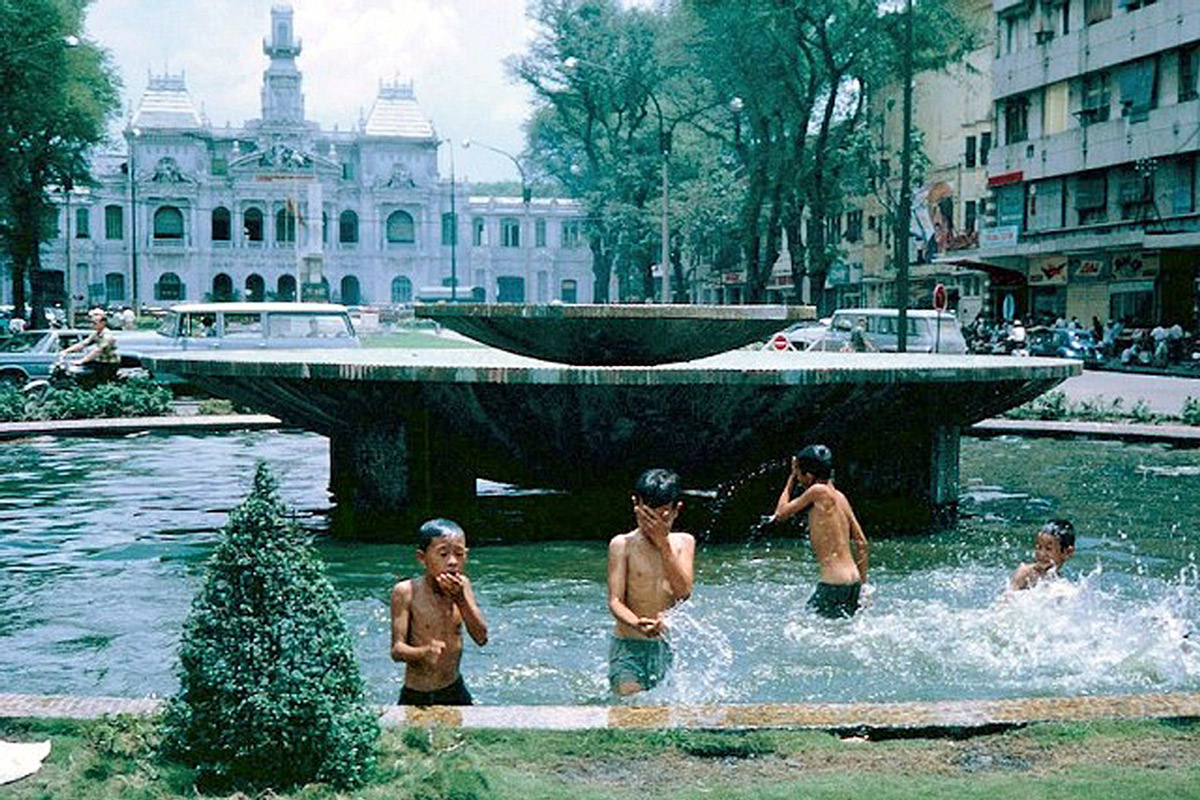 While Saigon's collective memory seems to be pretty short, it wasn't that long ago that the wide, low fountain intersecting Le Loi and Nguyen Hue streets still existed.

Though it took several different shapes throughout the years, the former roundabout which joined these streets was one of downtown Saigon's most iconic intersections. Its two-tiered fountain and manicured plant life stood at the center of several of the city's heritage buildings, surrounded by the Rex Hotel, Saigon's Hotel de Ville, the Opera House and the historic Tax Trade Center.

In 2014, the city did away with Nguyen Hue's fountain to clear space for its pedestrian-only street, now home to an abundance of free WiFi, selfies and too many rules. While the newer incarnation of Nguyen Hue is undoubtedly a popular gathering spot for Saigon residents, we still miss the old fountain which once stood in its place.

Below are a few images of the fountain, courtesy of Flickr guru manhhai, from the late 1960s. Though much has changed in Saigon, it seems the massive fountain and its surrounding area were also used back then as a place to meet and, occasionally, swim. John Randolph of Roanoke with his dogs on the floor of Congress.

There was a little dog down the street from us named Streety. My brother and I hadn’t got our own dog yet; that was five or six months in the future. So, we had adopted Streety as our own–though many in the neighborhood had done the same. He belonged to an elderly gentleman (I think he was about 80, though as a six-year-old, it was difficult to guess ages) down the street named Mr. Worley. My mother said Mr. Worley’s wife had died the day after I was born and Mr. Worley had taken Streety in shortly afterwards.

Streety was all over the neighborhood, a friend to all, a large mutt of mixed ancestry. All of this was typical of small town Southern life. Not that Yankees didn’t have small towns, dogs or friends, but they weren’t stranger oriented, as they were more interested in what you did (money) as opposed to where you were from (family). Besides, Yankees don’t love dogs as much as they prefer to kick them. But I’m a bit away from the story. 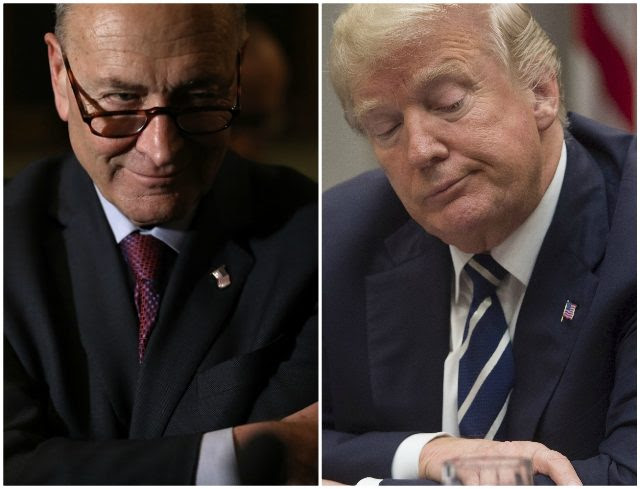 “We’re kicking our base in the teeth,” said Rep. Paul Gosar (R-AZ) of the processes through which federal spending are determined on Capitol Hill. He made his remarks in a Tuesday interview on SiriusXM’s Breitbart News Tonight with co-hosts Rebecca Mansour and Joel Pollak. 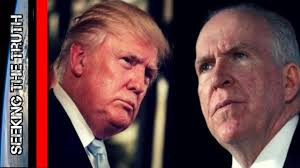 What prompted former CIA Director John Brennan on Saturday to accuse President Donald Trump of “moral turpitude” and to predict, with an alliterative flourish, that Trump will end up “as a disgraced demagogue in the dustbin of history”? The answer shines through the next sentence in Brennan’s threatening tweet: “You may scapegoat Andy McCabe [former FBI Deputy Director fired Friday night] but you will not destroy America…America will triumph over you.”

It is easy to see why Brennan lost it. The Attorney General fired McCabe, denying him full retirement benefits, because McCabe “had made an unauthorized disclosure to the news media and lacked candor — including under oath — on multiple occasions.” There but for the grace of God go I, Brennan must have thought, whose stock in trade has been unauthorized disclosures.

Fox News host Sean Hannity devoted time on his Tuesday show to examining the past of special counsel Robert Mueller and his findings were intriguing.

Hannity referred to a report from Fox News’ Sarah Carter citing Mueller’s career as a prosecutor in the 1980s. When Mueller was serving as assistant U.S. attorney, four men were wrongfully convicted and imprisoned for a crime they did not commit and the special counsel was in charge of the case when it happened.

Trump is right: The special counsel should never have been appointed

President Trump is right in saying that a special counsel should never have been appointed to investigate the so-called Russian connection. There was no evidence of any crime committed by the Trump administration. But there was plenty of evidence that Russian operatives had tried to interfere with the 2016 presidential election, and perhaps other elections, in the hope of destabilizing democracy. Yet, appointing a special counsel to look for crimes, behind the closed doors of a grand jury, was precisely the wrong way to address this ongoing challenge to our democracy.

The right way would have been (and still is) to appoint a nonpartisan investigative commission, such as the one appointed following the terrorist attacks of 9/11, to conduct a broad and open investigation of the Russian involvement in our elections. This is what other democracies, such as Great Britain and Israel, do in response to systemic problems. The virtue of such a commission is precisely the nonpartisan credibility of its objective experts, who have no political stake in the outcome

Posted by Brock Townsend at Wednesday, March 21, 2018 No comments: A review of Southern Horizons: The Autobiography of Thomas Dixon (IWV Publishing, 1994).
The name of Thomas Dixon today is little remembered, North or South, but seventy years ago Dixon was one of the most prominent and controversial public figures in the country. The discovery and publication of his autobiography ought to be considered a significant event in the cultural history of the United States. After all, Dixon was the chief collaborator of David Wark Griffith in the production of the epic motion picture “The Birth of a Nation,” and the author of the novel on which it was based, The Clansman. For that reason, if for no other, Dixon deserves a niche in the nation’s memory. But the autobiography offers much more than that, for Dixon’s principal contribution in it is his eyewitness account of the terror of the Reconstruction period, an account that needs to be set against revisionist tamperings with what used to be called “the tragic era.”


More @ The Abbeville Institute
Posted by Brock Townsend at Wednesday, March 21, 2018 No comments:

Another Fatal FBI Fumble in Florida

There will be no CNN town halls or student walkouts over the lost life and preventable tragedy, because there are no guns to blame. Only dropped balls.

According to a probable cause affidavit filed by the Palm Beach County police, 17-year-old Corey Johnson bought a knife last Sunday and brought it with him to a sleepover at longtime friend Kyle Bancroft's house. At 4 a.m., he decided to kill Kyle's mother, Elaine, his brother, Dane, and Dane's friend, Jovanni Sierra Brand.

Ever wondered how Islamists have influenced Hollywood, and by extension,"US?"


Debbie Weiss is a committed patriot and a true expert on the Islamist penetration of American
culture and organizations, both political and non-political. She is a human rights attorney, and an
expert on such inter-related subjects such as free speech, Sharia, and terrorism - both here and abroad.
She is the author of

The Organization of Islamic Cooperation’s Jihad on Free Speech.
You can visit her website at vigilancenow.org.

Debbie has now taken an incisive look into how Islamists have extended and insinuated their influence into the Academy and the whole Hollywood cultural complex. A fascinating read, to say the least. The book can be purchased here:

I strongly endorse Debbie, her invaluable work, and the insights which she shares to open the eyes and minds of our fellow Americans to the Trojan Horse threat of 'Islam in Tinseltown.'

Additional videos featuring Debbie, including her recent comments at CPAC 2018 are available on Youtube by simply typing "Deborah Weiss" in the search box.