Jeff Sessions is Wrong: Nothing is "Settled"

Can political arrangements be dissolved peacefully? Legally? At the ballot box? By referendum? Or by any other mechanism short of outright violence and civil war?

According to Attorney General Jeff Sessions, the answer to these questions is no. Speaking in California yesterday on the subject of immigration and sanctuary cities, he issued this remarkable statement that manages to upend the entire concept of federalism in just a few short sentences:


There is no nullification. There is no secession. Federal law is the supreme law of the land. I would invite any doubters to go to Gettysburg, or to the tombstones of John C. Calhoun and Abraham Lincoln. This matter has been settled.

In Sessions’s mind, polities are forever. They're set in stone. The US Constitution established a permanent and supreme federal state — a view totally at odds with that much better document, the Declaration of Independence. The 50 states exist as nothing more than glorified federal counties, able to exert jurisdiction only in those areas not preempted by superior federal law. 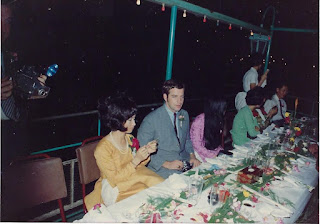 Wedding: Co, Me and Thuy!   The latter camouflaged by her hair. :) 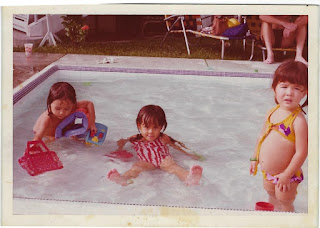 Virginia and Emily: Another shot of the kid's pool at the Embassy. 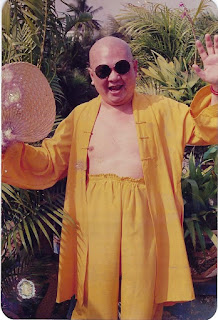 Bien Hoa:  He was a translator for our government, but when the commies came he was able to convince them that he was but a lowly monk!  Drank many a beer  with him. :) 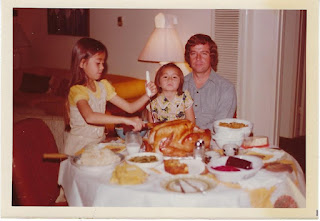 O/T: Maybe San Clemente after the Fall of Saigon with Emily and Virginia.

When Daddy carves the turkey,
It is really quite a sight,
I know he tries his hardest,
But he never does it right.

He makes a fancy show of it,
Before he starts to carve,
And stabs in all directions,
While we're certain that we'll starve.

He seems to take forever,
As we sit and shake our heads,
By the time he's finished slicing,
He's reduced the bird to shreds.

He yells as loud as thunder,
Just before he's finally through
For when Daddy carves the turkey,
Daddy carves his finger too!
Posted by Brock Townsend at Friday, March 09, 2018 No comments:

The National Endowment for the Arts is funding a journal that writes extensively on white privilege and features feminist screeds like "Why I Left Men for Books" and "On the Coming Extinction of the Great White Male."

Electric Literature is a nonprofit based in New York dedicated to "making literature more exciting, relevant, and inclusive." The online journal received $15,000 from the Trump administration's NEA last month, bringing its total in taxpayer funding to $35,000.

For example, an American car going to China pays 25% import duty, but a Chinese car coming to the US only pays 2.5%, a tenfold difference

The auto executive says the Asian country puts a 25 percent import duty on American cars, while the U.S. only does 2.5 percent for Chinese cars in return.

"I am against import duties in general, but the current rules make things very difficult. It's like competing in an Olympic race wearing lead shoes," Musk tweets.

Heller: Justice Kennedy Will Step Down from Supreme Court This Summer

Heller made the comments in audio Politico obtained from an event. Heller said that he believes a vacancy in the Supreme Court will bolster enthusiasm for voters. He is running for reelection this year in a state Hillary Clinton won in the 2016 presidential election.

"Kennedy is going to retire around sometime early summer," Heller said. "Which I’m hoping will get our base a little motivated because right now they’re not very motivated. But I think a new Supreme Court justice will get them motivated."

The shocking outcome of the election that took place in Italy last Sunday has paved the way for populist parties Lega and Five Star Movement, which together gathered more than 50 per cent of the votes.

Both the forces are eurosceptic and have in the past promoted the idea of pushing Italy outside of the EU and the eurozone.

Experts claim the possibility of a so-called Italexit would be devastating for the EU, which would see a second country leaving its borders in less than two years.

Lorenzo Codogno, former general director at the Treasury Department of the Italian Ministry of Economy and Finance, thinks Italy exiting the European Union would lead to a "storm in the markets".

He said: "Italy is a big country, the third-largest national economy in the eurozone and one of the six founding members of the bloc.

The "Revolutionary Student Front," an unofficial group of communist students at the University of Texas at Austin, decided to mark International Women's Day by vandalizing a fountain on campus.

The RSF recently had its Twitter account suspended for "promoting violence," but has not toned down its rhetoric, stressing "the necessity of organizing women for revolutionary violence" in its latest posts.

This is why the Founding Generation Crafted the 2nd Amendment The Battle Of Athens, Tennessee

With the current heated debate over gun rights and the 2nd Amendment of the United States Constitution (which serves to affirm our natural rights…rights we have whether the State recognizes them or not), I thought it might be interesting to talk briefly about the Battle of Athens. If you’re like a lot of people, you probably haven’t heard about this event. I know I hadn’t until a few years ago, which is kind of surprising, considering how much the media and the left constantly drone on over various historical “milestones” revolving around identity politics (race, gender, social justice, etc.).

But I guess this doesn’t really fit the narrative, as it revolves around the South, and regular folks resisting their local government – and perhaps even a form of the Police State – through exercising their right to keep and bear arms.

Part 5 of a Series on Reconstruction: The rise of the KKK

The original KKK did not use Confederate flags. The second KKK (1915-1944) became a national organization following the movie, Birth of a Nation, and peaked ca 1925 with 3-6 million members and used U.S. flags. Photo: Washington DC KKK parade 1926. Current KKK membership is estimated to be less than 8,000.

Christmas Eve of 1865 was not a time of joy in Pulaski, Tennessee. But six young Confederate veterans meeting in a law office decided to lift the spirits of that town by forming a club or fraternity.

Five of these six were Confederate officers during the war. Four of them were to become lawyers, one a circuit court clerk, and one a newspaper editor. Their first objective was to have some fun. To that end, they devised the rituals of a secret fraternal society with mysterious code words, elaborate titles, and costume disguises. Starting with the Greek word for circle, kuklos, they came up with the name, Ku Klux, and then added Klan because they were all of Scotch-Irish descent. Their costume regalia for themselves and their horses was made up of available bed sheets. The next week at dark, they rode into town to introduce their new club, show off their mysterious regalia, and amuse and serenade sweethearts and families. It was a roaring social success. 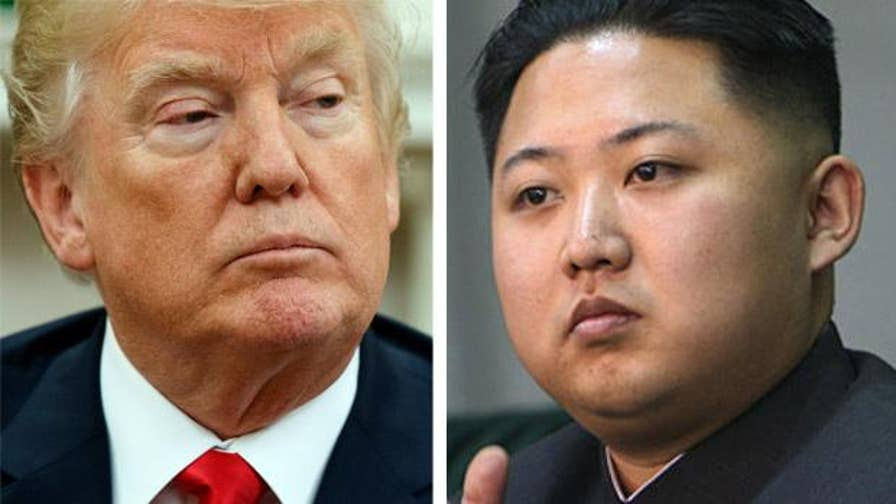 Senior officials at the Pentagon said Thursday night that plans for President Trump to meet with North Korean dictator Kim Jong Un in May are “good news” that could mark a “potential breakthrough.”

Fox News learned from senior leaders at the Pentagon that Washington has welcomed North Korea’s invitation to meet saying that “there’s no downside to talking.”

Eve, an Apple and a Serpent 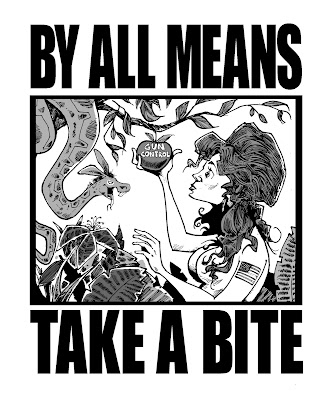 Connecticut Governor: The NRA Has Become a ‘Terrorist Organization’


Connecticut Gov. Dannel Malloy said that the National Rifle Association has evolved into a “terrorist organization.”

Malloy, a Democrat who declined to make a run at a third term this year, made the remarks on Monday, according to FOX-61.

Malloy said the Fairfax, Va.-based Second Amendment organization is today a “far cry” from what it was even 20 years ago.

Build a Complete AR-15 Upper in Under 45 Minutes


As we stare down the barrel (no pun intended) of another potential gun grab/ban, I felt like it was time we take a look at exactly how to keep your AR running indefinitely.

One thing we learned from the 1994 ban, the components like magazines and lowers will last pretty much forever. In fact, there are very few things on an AR that actually wear out. That said, there are some critical parts that may need to be replaced.  Today we are taking a look at those.  And as a bonus, I’m going to show you how to build an entirely new upper in under 45 minutes.