Mr. Miller, who recently left Mr. Trump’s office to serve as chief executive of the venture, said Gettr—registered in Delaware and headquartered in New York—was backed by international investors that include “the Guo family foundation.” He added Mr. Guo doesn’t have a direct financial stake or direct role in Gettr, nor did he identify the foundation that made the investment.

Youtube told Right Side Broadcasting Network yesterday that they were blocked from streaming on Youtube for the next 7 days. So RSBN will be streaming the Trump rally.

June 2021 edition of "Child Rapes By Illegal Aliens in NC 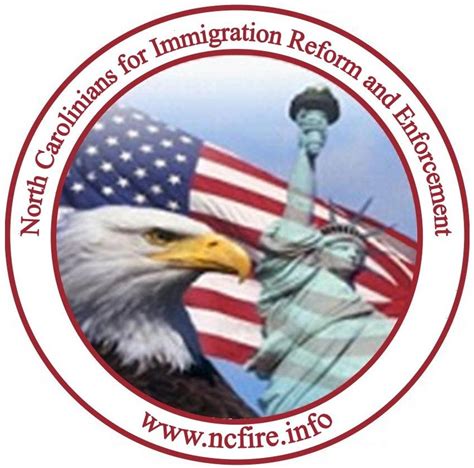 We have just posted the June 2021 edition of "Child Rapes By Illegal Aliens in NC". The latest numbers amount to 32 illegal aliens who were charged with 161 separate counts of child rape/child sexual assault.

I'm not sure why our Legislators in Raleigh refuse to take action and put a stop to this madness. Enacting strict illegal immigration laws at the state level (that actually have enforcement measures included) would be a good start however, they simply don't seem interested. As a result, these children (and their parents) are left to suffer untold physical pain and emotional anguish because of their inaction. All of this is 100% preventable. If they could stop just one child from being raped, why wouldn't they?

As always, you can view the previous 8 years of monthly child rape reports on our website: https://ncfire.info/

Comment on : Churches Are Being Burned Down In Canada 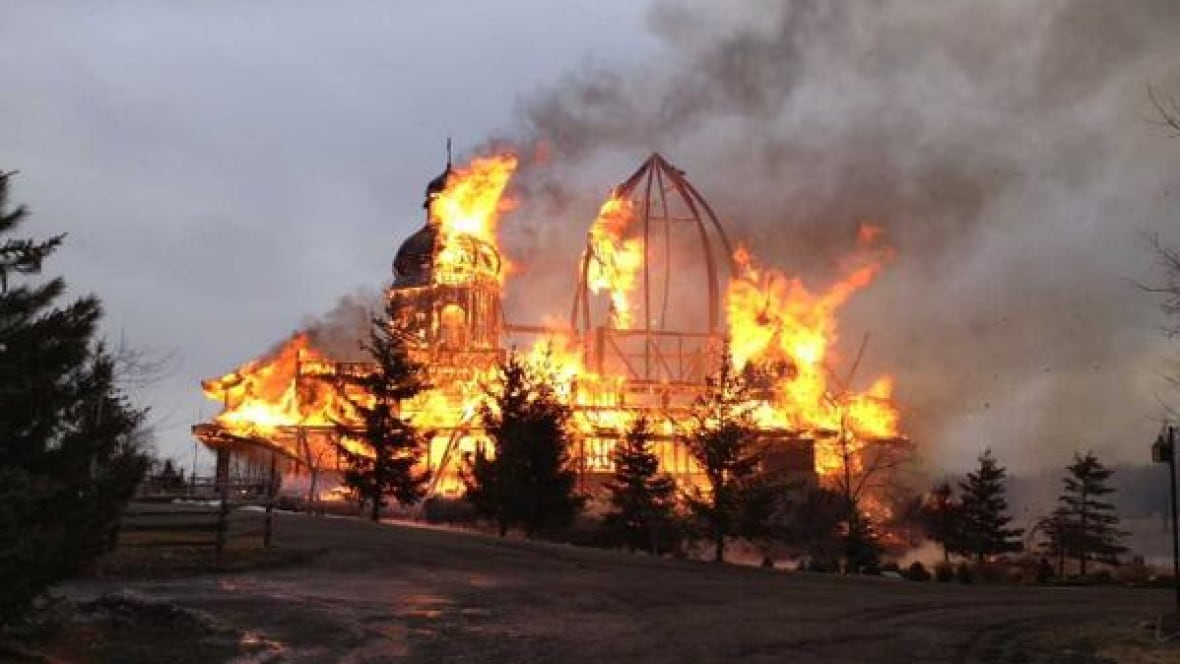 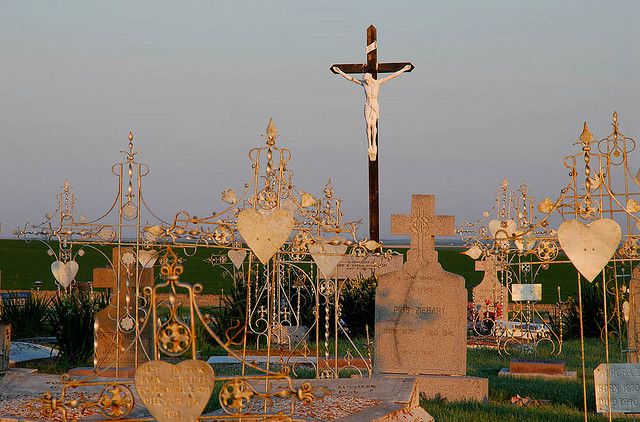 Churches Are Being Burned Down In Canada

Thought I would add to my comment regarding unmarked graves.   I have added two images of Prelate Cemetery in West-Central Saskatchewan and Bodo Cemetery in Alberta.   These cemeteries are quite common along a strip of land running from Macklin, Saskatchewan and into Alberta about one hundred miles and back into Saskatchewan approximately the same and runs all the way down past Nebraska.   The people in this strip of land were pioneer farmers, and had little extra money, therefore only the wealthiest could afford cement or stone, while everyone else would have a wooden marker or an iron one constructed of unrepairable wagon or implement parts.

During my time as a full-time Blacksmith, it was my express privilege and honour to work with these people as we constructed wrought iron markers to match the others within each cemetery.   Some of the graves only had identification as "Baby," "Child of Jesus" or "Infant Mueller", or other family name in the Register.

The Natives of the area have known where most everyone has been interred, only a few have made the decision to visit them or tend to them.   This is common for society as a whole, and it is unfortunate.

My family was involved in the Northwest Rebellion and afterwards, had fled to Montana with many other Metis, including Gabriel Dumont.   I still make a point of visiting Batoche every now and then.

The uproar is simply the Trudeau Government readying for an election call.

Ben Carson: Do we want to govern for the people or for political power?

Iowa Gov. Kim Reynolds, a Republican, signed a bill this month that bans critical race theory from classrooms in the state effective Thursday. She said the teaching is “indoctrination, not education.

In Massachusetts, the Wellesley Public Schools system was already reeling under controversy for a series of events tied to “diversity, equity and inclusion” when a conservative watchdog group announced it had obtained records showing that schools use “affinity spaces that divide students and staff based on race.”

Such exclusive separations could run afoul of the 14th Amendment’s equal protection clause and state laws on equal rights and school attendance, according to Judicial Watch. The watchdog said it obtained the documents through a public records request. The petty charges against President Trump’s company and employee arise from political animus against Trump by Democratic New York politicians. Hillary Clinton, Barack Obama, Joe Biden, James Comey, Robert Mueller – and now Cy Vance and Letitia James – all abused power to target, harass and violate the civil rights of President Trump. These new charges are another affront to the rule of law and an obvious attempt to hamper any potential challenge by Trump to Joe Biden. 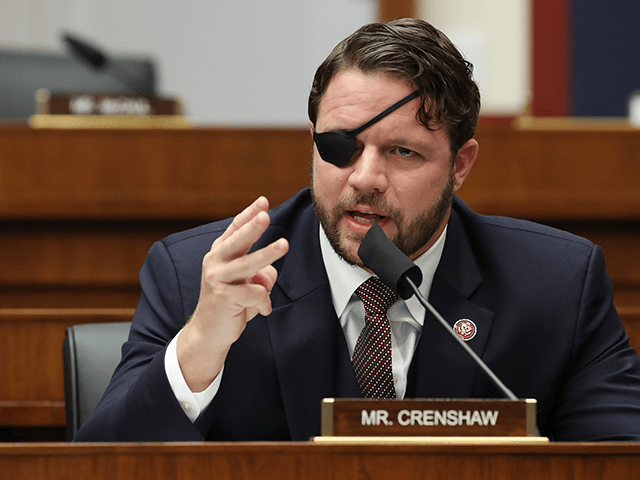 “So let’s just point out the obvious. This is meant to shame people and shame people for something they have no control over. It also literally creates manufactured divisions in an environment that requires comradery and puts down certain service members over others, not on merit, but on skin color or gender,” he said.

“We cannot let the armed forces become some sort of massive social justice experiment — which is clearly what some want,” he said. “We’re going to keep exposing this because *there are too many senior officers in the military that are pushing for this.” *Thanks Obama.

Rep. Dan Crenshaw (R-TX) this week revealed several instances where service members were forced to classify themselves by race and socio-economic status during diversity and inclusion training.

In one instance, Crenshaw said soldiers were forced to wear personal identification badges that listed their race, ethnicity, social class, and other things, during at training at Fort Bliss in Texas.

Crenshaw said the badges reduced soldiers to a list of characteristics that have “nothing to do with their service or their training or the content of their character.” He added: 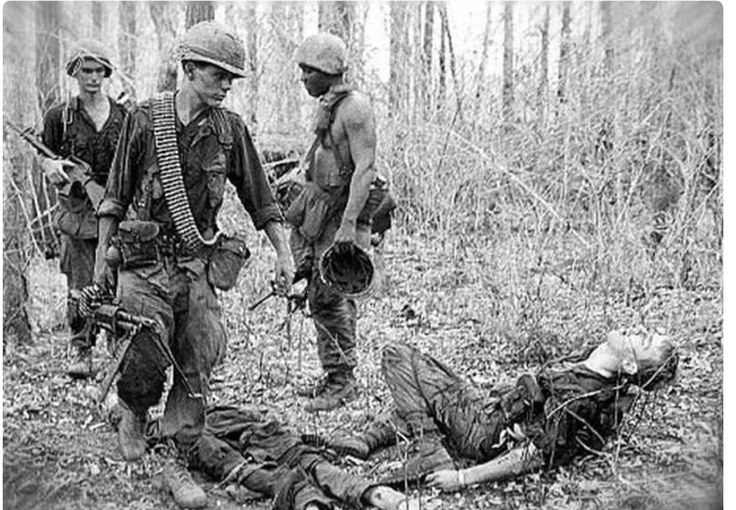 I'm not usually bothered by storms, but the full on night engagement had already set me on edge, so when the rockets started coming in, I was far away
and busy as hell.  Dog woke me up, thoroughly soaked in sweat, half out of the bed anyway, surprised I didn't have my rifle.
I need to drink more.