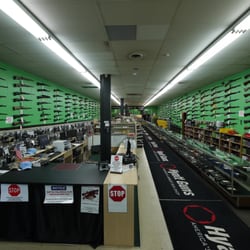 Hyatt Guns features more than 7,000 guns in stock on any given day making us the largest gun shop in the United States. After opening its doors in 1959, we've been in the same location in Charlotte, NC and we remain a family business to this day with three generations of the Hyatt family working here daily. Why does this matter to you? Unlike the big-box stores, the Hyatt family has shared its experience, know how and customer-first attitude that comes with their 50-plus years of being in business. We also have a full-service gun repair facility on site and we're proud to say that we can service what we sell. 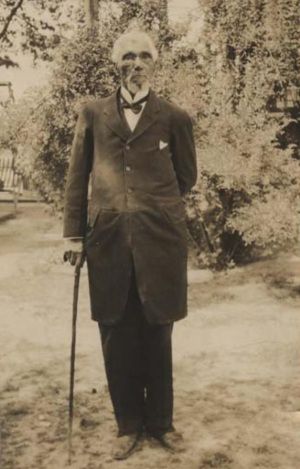 The following is transcribed from the Atlanta Journal of Friday, 15 April 1921, page one. James Jones (1831-1921) was the servant and confidential courier of Jefferson Davis. He was a native of Wake (not Warren) County, North Carolina and born to free parents.

Jones accompanied President Davis after Richmond fell to the enemy, and was directed by Davis to hide the Great Seal of the Confederacy before capture. As only the silver dies of the Great Seal of the Confederacy had reached Richmond from England by the end of the war, and perhaps Jones had these in his possession at the time of capture. As the blockade tightened greatly in early 1865, the large embossing press and brass dies remain in Bermuda today.

Jones attended the cornerstone laying of Richmond’s Jefferson Davis monument in 1906, where he saw Mrs. Davis for the last time. Shortly before her death, she sent Jones her husband’s favorite buckhorn walking cane.
www.Circa1865.org  The Great American Political Divide

“Death Claims Jefferson Davis’s Negro Bodyguard: The following interesting account of a Negro of much notoriety and of sterling worth is taken from the Atlanta Journal. Jones was a native of Warren County and evidently was well raised and trained in his youth – as the Negroes of Warren County were raised, being servants of the most aristocratic and intelligent men and women of any land or Country.

The latest information, however, about the Great Seal of the Confederate States is that it is in the Museum at Richmond.

“Washington, D.C., April 9. – Taking with him to the grave the secret of the whereabouts of the great seal of the Confederacy, which he hid away when Jefferson Davis was captured, James Jones, the colored body guard of the president of the Confederate States, is dead here to-day. The body of the faithful old servant of the sixties will be sent to Raleigh, N.C., for burial on Sunday.

Throughout his long life, with its latter years spent in the government service in Washington, James Jones would never reveal what became of the Confederate seal. “Marse Jeff” had bidden that he never tell – and he never did.

Veterans of the Union and Confederate armies, newspaper writers, curiosity seekers and the curie hunters from time to time urged Jones to reveal where he buried the Great Seal. They argued that the Civil War was far in the past and the seal should be produced for the inspection of the younger generation of today and generations that are to follow in a reunited country. Always James Jones shook his head and to the end he maintained his silence.

The colored bodyguard was with Jefferson Davis when his capture was [effected]; in fact, he is said to have warned his master of the approach of the enemy, but President Davis did not escape in time. Jones accompanied President to Fort Monroe, where he was placed in prison.

After the war he headed a colored fire department in Raleigh, and became a minor city official. He turned Republican in politics, but always voted for Representative William Ruffin Cox of North Carolina, who represented the State in the House in the Forty-eighth and Forty-ninth Congresses. Later, when Mr. Cox became secretary of the United States Senate, he brought Jones to Washington with him and gave him a messenger’s job in the Senate.

That was in 1893. Since that time he has had several jobs about the capitol and was a messenger in the Senate stationery room until a short time before his death.”
Posted by Brock Townsend at Sunday, April 07, 2019 No comments: 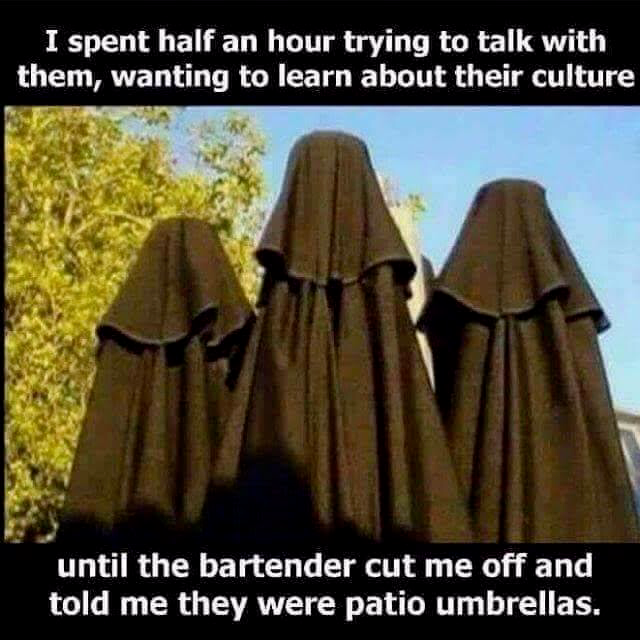 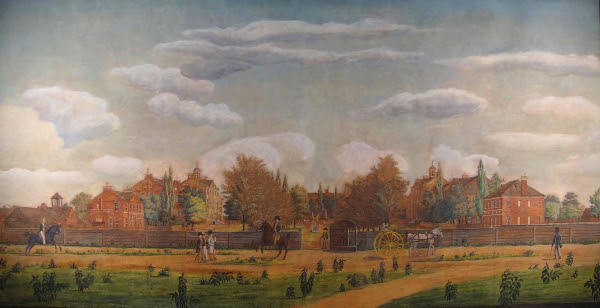 The War, Reconstruction, and the new status of the South as a conquered colony of the industrial North created something historians call the “New South.” The term suggests a radical break with the past. Ralph Waldo Emerson and other Northern elites hoped to transform the South through Yankee immigration, technology, ideas, and money into a Southern version of New England. Southerners struggled with great changes in labor and capital, race relations, manners, religion, education, and with a new vision of America that repudiated their understanding of the Founding. This forced upon them the existential question: “Who are we?”  Join us for a thoughtful discussion of the ways Southerners engaged this “New South” challenge.

Prof. Alphonse Vinh, “Haunted by The South. A Great French Writer and His Lifelong Southern Relationship.” And “Walker Percy: A Southern Physician Analyses the Maladies of His Region.”

Dr. John Devanny, “Where the Grapes of Wrath are Stored:” The Reconstruction of Southern Religion, 1865‑1930.  And “Southern Populism and the South’s Agrarian Identity”

Catharine Savage Brosman, “Postbellum Louisiana in Grace King’s Fiction: The New South?” And a reading of poems on Confederate Memorials: “‘Tear ‘Em Down’ and Resistance.”

St. Christopher Conference Center on the beach of beautiful Seabrook Island, SC. We will spend Wednesday visiting historic sights in Charleston. Cost for tuition, room, meals and continuous refreshments for five days is $1,046 (single) and $1,792 (double). Scholarships are available for college and graduate students who are encouraged to apply. For inquiries and application contact Don Livingston by email TOPIC
Posted by Brock Townsend at Sunday, April 07, 2019 No comments:

Rep. Devin Nunes, R-Calif., announced on Sunday he is ready to send eight criminal referrals to the Justice Department next week related to the origins of the Trump-Russia investigation.
"We're prepared this week to notify the attorney general that we're prepared to send those referrals over and brief him if he wishes to be briefed," Nunes said on Fox News.
The ranking member of the House Intelligence Committee has been teasing a referral of Justice Department and FBI officials for months and previously predicted its delivery by the end of last week.
More @ Washington Examiner
Posted by Brock Townsend at Sunday, April 07, 2019 2 comments: 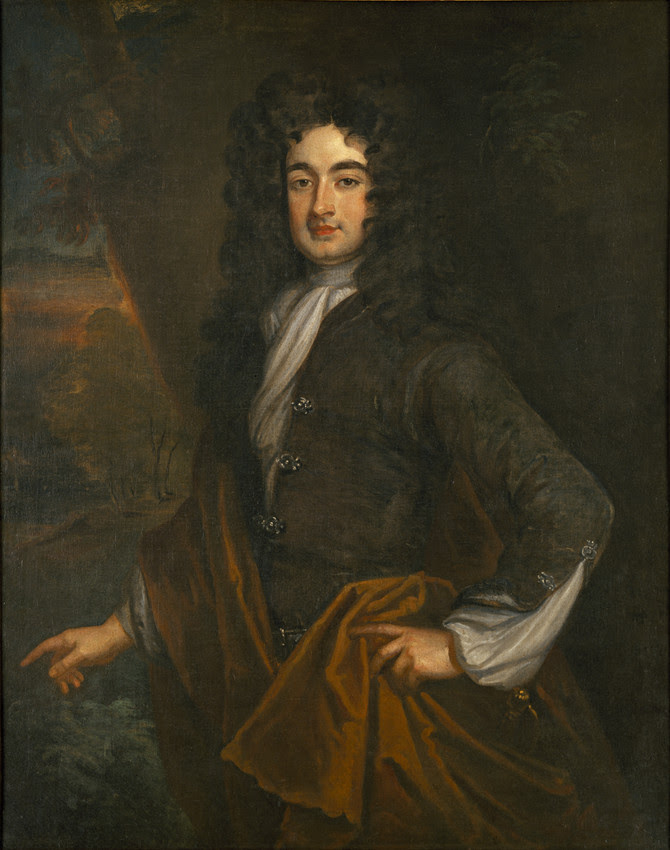 I want to look at Southerners going back to Europe long after the roots were planted, especially in the period before the second War of Independence began in 1861. The reason for looking at this is what it tells us about Southerners. One of the things it tells us is that we Southerners were a people. Our relationship to Europe had not much in common with that of those other people, the troublesome ones building their City upon a Hill up in Massachusetts. More than one Southerner encountering Yankees in Europe first began to realize that we were not the same people.

China is building a long-range cruise missile fired from a shipping container that could turn Beijing's large fleet of freighters into potential warships and commercial ports into future missile bases.

The new missile is in flight testing and is a land-attack variant of an advanced anti-ship missile called the YJ-18C, according to American defense officials.

The missile will be deployed in launchers that appear from the outside to be standard international shipping containers used throughout the world for moving millions of tons of goods, often on the deck of large freighters.