Hope they keep it up since it will just draw more people to him.  I imagine there will be a huge turnout at the election if nothing changes.

There were reports that ‘small fights’ had broken out between the protesters and Trump supporters.

A cellphone video shows an apparent Trump supporter arguing with and then spitting on a protester. One report said the disruptions lasted for around thirty minutes.

When the protesters first made their presence known in the capacity crowd of about 5,000, Trump responded by saying, “That’s why we have freedom of speech, folks!”, according to a video excerpt of his speech posted to You Tube.

Among the German wounded in the Ypres Salient in Belgium on October 14, 1918, is Corporal Adolf Hitler, temporarily blinded by a British gas shell and evacuated to a German military hospital at Pasewalk, in Pomerania.

The young Hitler was drafted for Austrian military service but turned down due to lack of fitness; while living in Munich at the start of the First World War in the summer of 1914, he asked for and received special permission to enlist as a German soldier. As a member of the 16th Bavarian Reserve Infantry Regiment, Hitler traveled to France in October 1914. He saw heavy action during the First Battle of Ypres, earning the Iron Cross that December for dragging a wounded comrade to safety.


An internal investigation is underway after a North Carolina state investigator is accused of leaving a firearm inside a public restroom before it was found by a five-year-old girl.

The father of the little girl contacted WBTV Tuesday asking us to dig into the story.

The man said his family was eating at the Mexicasa Restaurant & Grill in Harrisburg Saturday night when the little girl went into the restroom. She came back out and told her mom that there was a gun in the restroom stall.

The mother saw the gun and the family notified the restaurant staff. The staff then got the gun and called the Cabarrus County Sheriff’s Office. 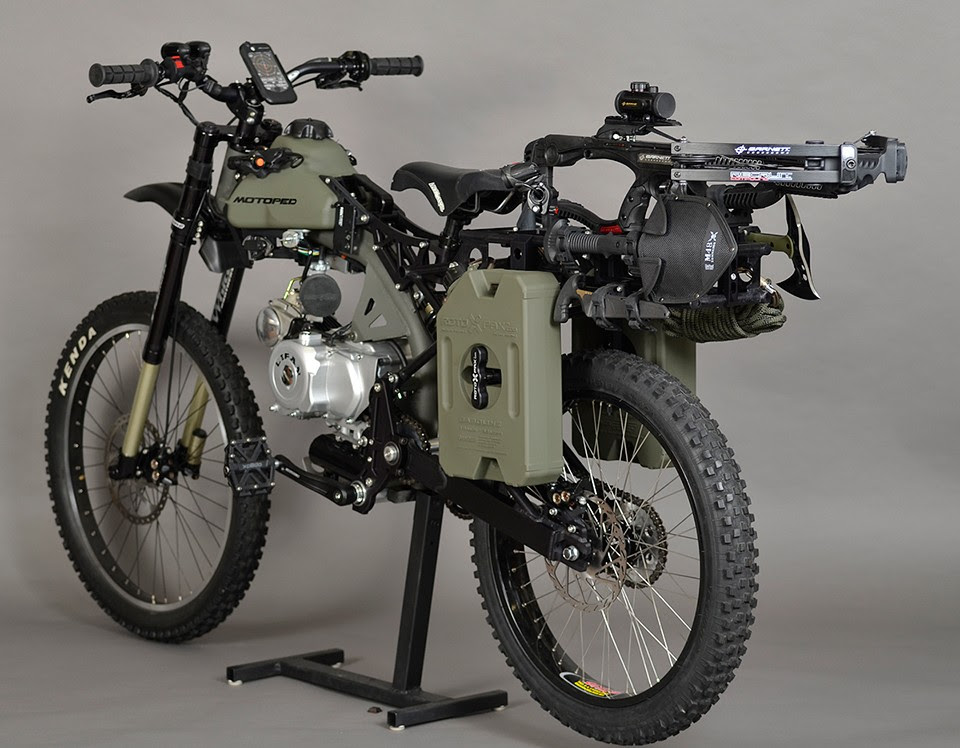 Motoped adds one more cool machine to their roster, in the form of the Survival model, a bike with a strong military attire, but an exceptional vehicle in all situations.

This super-hauler is, like the other Motoped bike we brought you, a stunning crossbreed between a mountain bike and lightweight motorcycle. Motoped Survival retains full functionality of both machines and blends them into a new species which looks like it could help anyone escape a zombie attack or, in the absence of flesh-eating monsters, have the fun of a lifetime in the wild, time after time.

Putin : Obama has mush for brains. 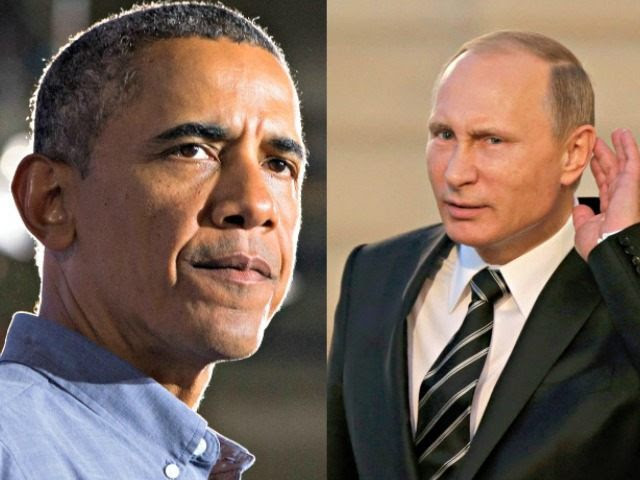 Vladimir Putin once again showed his deep respect for Barack Obama, as he complained about the incompetence of U.S. policy in Syria:

“Now, we often hear that our pilots are striking the wrong targets, not IS,” Putin said at an investment forum in Moscow explaining that Russia had asked Washington to provide a list of targets.

“‘No, we are not ready for this’ was the answer,” Putin quoted them as saying. “Then we thought again and asked another question: then tell us where we should not strike. No answer too,” he said, adding: “That is not a joke. I did not make this up.” 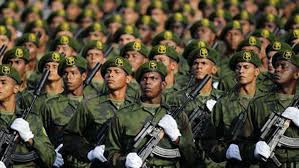 Cuban military operatives reportedly have been spotted in Syria, where sources believe they are advising President Bashar al-Assad’s soldiers and may be preparing to man Russian-made tanks to aid Damascus in fighting rebel forces backed by the U.S.

Gen. Leopoldo Cintra Frias, head of  Cuba's Armed Forces, recently visited Syria to lead a group of Cuban military personnel joining forces with Russia in their support of Assad, according to information received by the University of Miami's Institute for Cuban and Cuban-American Studies.

On Wednesday, a U.S. official confirmed to Fox News that Cuban paramilitary and special forces units are on the ground in Syria, citing evidence from intelligence reports. The official, who spoke on condition of anonymity, said Cuban troops may have been training in Russia and may have arrived in Syria on Russian planes.

An Indiana sheriff went on the record that he would disregard an executive order from President Barack Obama that mandated law enforcement begin registering firearms.

Elkhart County Sheriff Brad Rogers appeared on a local PBS panel discussion about gun rights and gun control in the wake of recent university shootings to say that he wouldn’t obey orders from on high that went against his constitutional oath.

“If President Obama today said, ‘I’m creating an executive order that all sheriffs and police chiefs around this nation need to start registering firearms,’ I will disregard it,” Rogers said during WNIT’s “Politically Speaking” Sunday broadcast.

“We’ve always had this conversation that we need more reasonable gun control put in place,” Rogers said earlier. “But we have what is reasonable, in my opinion, and in fact it’s probably overdone.”

Planes filled with refugees will soon fly directly from refugee camps in the Middle East to Sweden.

While migrants and refugees are risking their lives to cross the Mediterranean in small boats, thousands of tourists use airplanes to fly safely over the sea.

The flights have until now been reserved for tourists, but that is something a new Swedish airline wants to change.

Emad Zand and Susanne Najafi have started the airline Refugee Air to fly refugees from camps in the Middle East directly to Sweden, where they can seek asylum.

- When private companies are competing to send people to the moon, we must also be able to do something to save people in distress, says Emad Zand to the Swedish television program "Gomorron Sverige".

California Muslim Shoots Mother, Cuts Out her Heart and Masturbates on her Body

An unapologetic Omar Mark Pettigen, 31, said that the horrific act felt “good” upon his arrest just north of Oakland five days after the slaying, according to charging documents obtained by The Daily News.

When officers arrived at the home, Nailah Pettigen, 64, “appeared to have been disemboweled” in her blood-soaked bedroom, police said.

The former American High School math teacher was found sliced from her neck down to her cervix and had her underwear around her ankles. She had also been shot at least seven times, an autopsy later found.

Then it gets even worse.

To Protect and Serve? When Whitehill resident Andrea accidentally cut her arm on glass, her sister frantically called 911, "I need a paramedic." Columbus Police Officer Jon Thomas responded to the house where he pulled out his gun and shot toward the family's dog (which he claims ran toward him), missed, and hit Andrea's four-year-old daughter Ava in the leg, shattering her bone.
More @ Zero Hedge


Ex-pro wrestler and former Minnesota Gov. Jesse Ventura made a surprise appearance Tuesday morning on Sirius XM radio’s “Opie and Jimmy Show” to call Chris Kyle a “liar” and revel in the $1.8 million judgment he was awarded after winning his lawsuit against the late Navy SEAL sniper’s estate in federal court.

21 most consequential Clinton scandals, ranked from most important 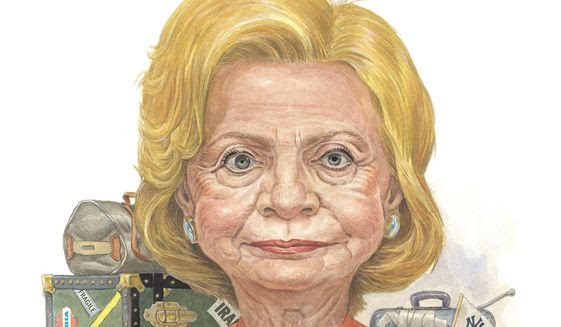 1. Monica Lewinsky: Led to only the second president in American history to be impeached.

2. Benghazi: Four Americans killed, an entire system of weak diplomatic security uncloaked, and the credibility of a president and his secretary of state damaged.


More with video @ The Washington Times
Posted by Brock Townsend at Wednesday, October 14, 2015 No comments: 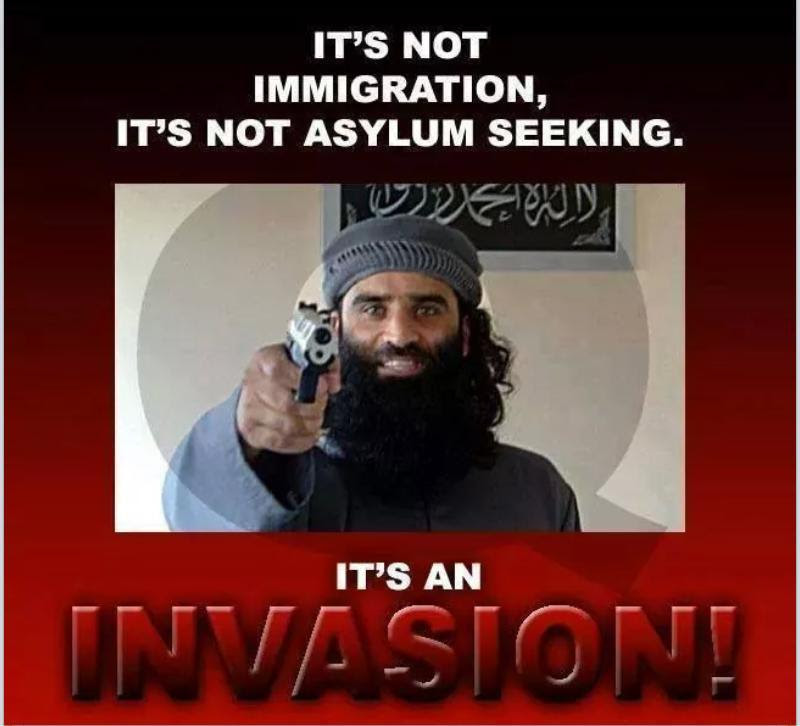 AND, send these ignorant pre-traitors through an educational program conducted by Dr. Bill Warner and John Guandolo and Nonie Darwish and Dr. Tawfik Hamid and Ayan Hirsi Ali and such.

STOP the Refugee Resettlement and any other form of immigration NOW.  EXCEPTION is: bring in certified Christians and Jews.

This country is being destroyed FROM WITHIN, including the Executive Branch.  We informed citizens plead, pray, beg, and become increasingly angry and upset over such nonsense.  Treason is sadly off the table.  Come November 2016 COME!

Bob
Posted by Brock Townsend at Wednesday, October 14, 2015 No comments: 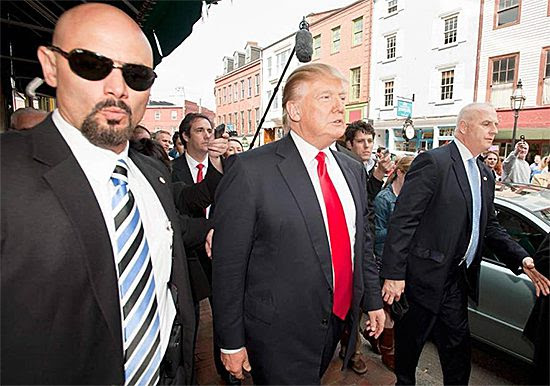 Donald Trump on Tuesday said the Secret Service should be giving him protection — and he suggested partisan politics might be why the agency isn’t providing it.

In a 90-minute interview with The Hill, the Republican presidential front-runner pointed out that he has attracted large crowds just like Barack Obama did eight years ago as a White House candidate and that by this point in the 2008 cycle, the Illinois senator had Secret Service protection.

Trump doesn’t, and he’s not happy about it.

“I want to put them on notice because they should have a liability,” he said. “Personally, I think if Obama were doing as well as me he would’ve had Secret Service [earlier]. I have by far the biggest crowds.”


More @ The Gateway Pundit
Posted by Brock Townsend at Wednesday, October 14, 2015 No comments:

How is that removing all Confederate merchandise (& AR'S) working out for you carpetbaggers?
Terry
Fla. 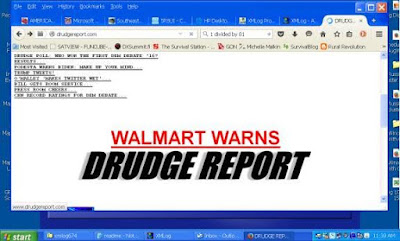 “Today two Oregon ranchers were sentenced to five years in federal prison under terrorism statutes for setting preventative fires on their own land. We are gravely disappointed at this outcome.

“Elderly Harney County rancher Dwight Hammond and his son, Steven, a former OFB Board member and Harney County Farm Bureau president, have already served time in federal prison for their mistakes and paid their debt to society for the less-than-140 acres of BLM land that was accidentally impacted by the fires.

“This is an example of gross government overreach, and the public should be outraged.