Everyone wanted to be Southern in the 1970s. The rejuvenated interest in Southern music from bands like Lynyrd Skynyrd, Charlies Daniels, and the Allman Brothers (and the unknown Southern influence in the “Motown” sound) was just one component of a larger pro-Southern, working class, populist movement. Southerners had been made consciously Southern again after over a decade of national attention, and the reaction was a positive affirmation of Southern culture and heritage. Hank Williams, Jr. didn’t want “little old danish rolls” he wanted “ham and grits,” but he also understood that “if you fly in from Boston, you won’t have to wait,” but “if you fly in from Birmingham, you’ll get the last gate.” The South could still be the “specimen,” the insignificant curiosity in the “American War.”

Within the realm of the civilian firearm enthusiast world, there are a variety of ways in which shooters can display expert marksmanship, particularly with accurate, long-range shots.

According to Wide Open Spaces, a Texas man could very well have set a new, unofficial record for the longest shot with a rifle after he connected with a target positioned some three miles away from him and his custom-built rifle.

The record, which breaks the old, unofficial record of 2.84-miles set in 2017 by retired U.S. Navy SEAL Charles Melton, will likely also be deemed unofficial as well. The Guinness Book of World Records is not expected to recognize it as official because the shooter used special optics on his rifle, a piece of equipment that has been ruled as disqualifying in the eyes of Guinness. 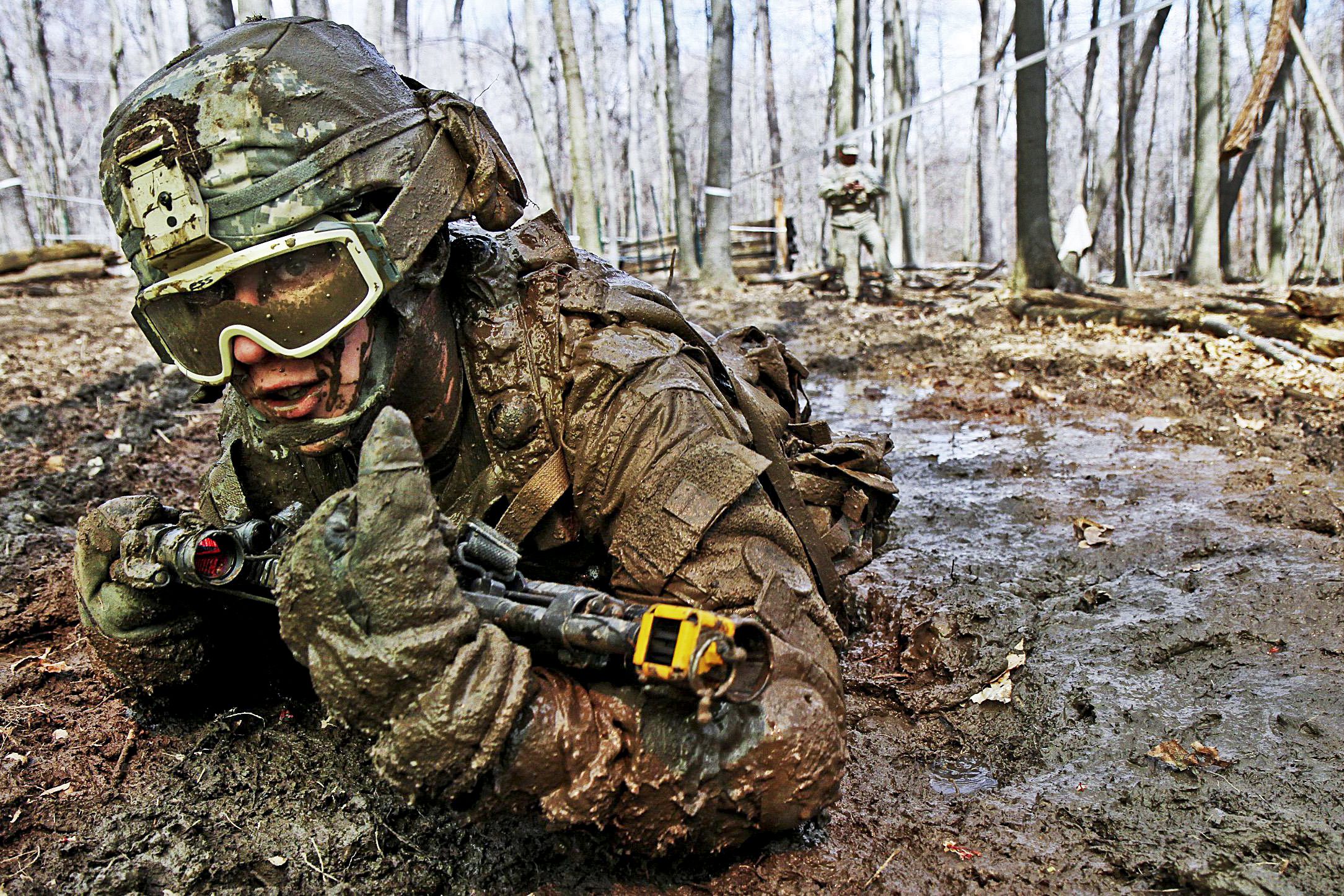 Ft. Bragg, my Basic Training camp, but no goggles, gloves or much else nor the yellow thingamajig. :)

“The bottom line is that when you graduate Basic Combat Training, you are supposed to be ready for your first unit assignment (and) to be ready to step on a plane and go to combat

It’s little secret that millennials have been stereotyped as “entitled” or “undisciplined.” But is that just an unfair oversimplification by cranky baby boomers and Gen X’ers? After all, every generation seems to grouse about the work ethic of their progeny (or progeny’s progeny, as the case may be).

Well, according to the Army, the lazy, entitled millennial isn’t just a pernicious stereotype. In fact, things are so bad that basic training is actually undergoing a redesign to deal with a new generation of recruits that can most charitably be described as “discipline-challenged.”

“The U.S. Army will soon launch a redesign of Basic Combat Training intended to build more discipline after many commanders complained that new soldiers often show up to their first units with a sloppy appearance and undisciplined attitudes,” Military.com reported Friday.

Should be Challenged at dawn. (I have backed him until today, but no more.)

Jeff Sessions, a son of the South and President Trump’s attorney general, celebrated former President Abraham Lincoln’s 209th birthday with a blunt and bold statement that clashes with some of his fellow Alabamians and White House Chief of Staff John Kelly.

Speaking Monday at the Union League of Philadelphia’s Annual Lincoln Day celebration, he said slavery alone was the cause of the Civil War.

President Trump on Monday said he plans to introduce a proposal in the coming weeks for a reciprocal tax on imports, fulfilling a promise he made early on in his presidential campaign.

"We're going to be doing very much a reciprocal tax and you'll be hearing about that during the week and during the coming months," he said.

DHS pushes back on NBC, 'no evidence' Russians 'manipulated' elections

“Looks like a pretty clear case of NBC News letting its interest in furthering its anti-Trump agenda get ahead of the facts.

The Department of Homeland Security made the rare move Monday to officially discredit an NBC News report that claimed a top Trump official found that “Russians successfully penetrated the voter registration rolls of several U.S. states prior to the 2016 presidential election.”

In a statement, DHS said the “breaking news” report was not only wrong and hyped but is also being ripped by other media.

The budget called for the bill to be enacted “as soon as possible,” even though Republican Senate leaders have been skeptical of taking up Obamacare again this year after failing last year to repeal it.

“The president is committed to rescuing states, consumers and taxpayers form the failures of Obamacare, and supporting states as they transition to more sustainable healthcare programs that provide appropriate choices for their citizens,” the budget said.

According to Breitbart Texas, the federal government of Mexico recently deployed thousands of Mexican soldiers, Marines, and police officers to the Gulf region of the Mexico-United States border, as drug cartel violence spirals out of control.

Rival factions of the Gulf Cartel are in an all-out war against each other for the control of drug trafficking and human smuggling routes into Texas. Breitbart Texas describes how drug cartels are using military weapons in daily skirmishes in the border region.

Antifa leftists cheered the murder of a police officer who was thrown in front of a moving train in Cologne.

The officer was hired to investigate Islamists in the area.

Security cameras captured the moment the officer was pushed on the tracks before his death.
Searchlight Germany reported, via Religion of Peace:

Cologne / Germany: UPDATE- Antifa celebrates the murder of the policeman who was pushed in front of a train at the Chlodwigplatz in Cologne – –32 year old policeman rolled over by city railway and killed — The policeman employed in the fight against Islamists was deliberately pushed onto the tracks.


More @ The Gateway Pundit
Posted by Brock Townsend at Monday, February 12, 2018 No comments: