Happy Robert E. Lee Day! Ben Jones on why hindsight is not always 20/20

“He was a foe without hate; a friend without treachery; a soldier without cruelty; a victor without oppression, and a victim without murmuring. He was a public officer without vices; a private citizen without wrong; a neighbor without reproach; a Christian without hypocrisy, and a man without guile. He was a Caesar, without his ambition; Frederick, without his tyranny; Napoleon, without his selfishness, and Washington, without his reward.
~~Benjamin H. Hill

“If we read the words and attitudes of the past through the pompous ‘wisdom’of the considered moral judgments of the present, we will find nothing but error.”
~~Mark Twain

“The study of the past with one eye upon the present is the source of all sins and sophistries in history. It is the essence of what we mean by the word ‘unhistorical’.”
~~Herbert Butterfield

The recent Democratic sweep of Virginia’s Governorship, the Va. State Senate, and the Va. State House has emboldened the “Party of Jefferson and Jackson” in ways unimaginable just a decade ago. The Old Dominion is almost entirely “red” geographically, but the extraordinary growth of the Northern Virginia suburbs around Washington, D.C., and the resulting influx of a non-Southern mindset has changed the political calculus for the foreseeable future. Governor Ralph Northam, a surgeon from Accomack County on Virginia’s “Eastern Shore”, was best known nationally for having posed in blackface for his college annual. He apologized for it, but then retracted the apology, saying it probably wasn’t him. But his nickname in the annual was “Coonman”. (I’m not making this up.)


More @ The Abbeville Institute
Posted by Brock Townsend at Monday, January 20, 2020 No comments:

Help was lined up until then-secretary of state objected

A Marine who says he was in the area during the terror attack on the U.S. consulate in Benghazi, Libya, says then-Secretary of State Hillary Clinton delayed help for the ambassador and others who were killed.

The testimony comes from Jon Myers, who tweeted, "I was the officer in charge of the Marine response after the Benghazi attack of 2012, in which the American consulate was destroyed and the ambassador murdered. Our mission was to reinforce the embassy.

CBS investigative journalist Catherine Herridge reported on Friday that, based on a “strong paper trail” of documents, investigators from U.S. Attorney John Durham’s team are now focusing on the period between January and May 2017. Herridge specifically addressed last Thursday’s report in The New York Times about a leak possibly made by James Comey during this time frame.

Unlike the House Democrats’ impeachment inquiry, the Mueller investigation and prior to that, the FBI counterintelligence probe into the Trump campaign, where selected bits of information were strategically leaked in the hope of setting up a desired narrative in the press. This doesn’t happen much with the Durham team, and when it does, the leak usually comes from another agency Durham has encountered during the course of his investigation. For example, Durham’s request for the CIA to turn over all of former CIA Director John Brennan’s communications records, emails, phone logs and texts, was leaked to and reported by The New York Times on December 19th. And in October, the information that Durham was expanding his inquiry and that it had shifted into a criminal investigation was leaked to and reported by NBC. 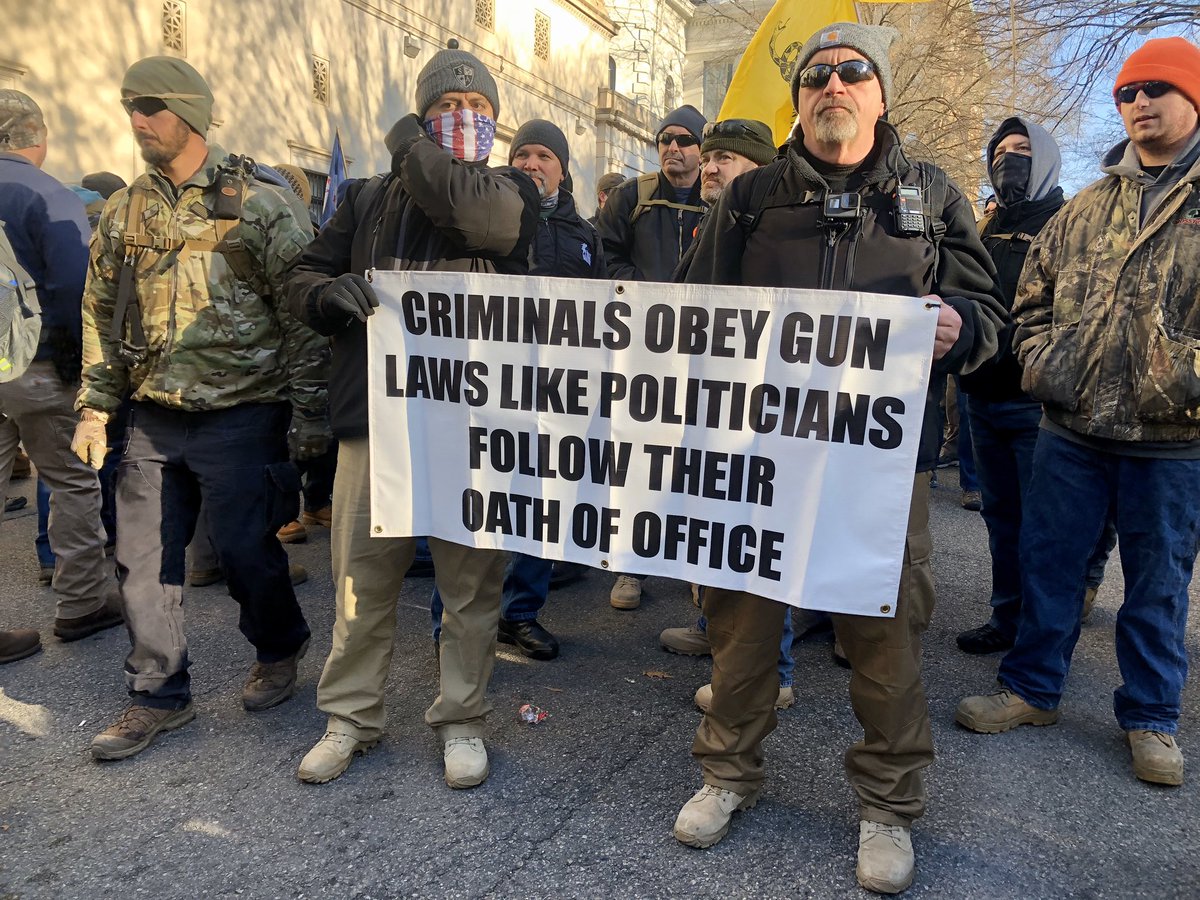 Robert E. Lee: Remembering the birth of a great military commander and a good man.

Today we take a moment to remember the birthday of Robert E. Lee (1807-1870), one of the greatest military commanders in American history who gave his all for the cause of Liberty and states’ rights.

He was also a great man of faith, saying, “I can only say that I am nothing but a poor sinner, trusting in Christ alone for salvation.”


More @ The Patriot Post
Posted by Brock Townsend at Monday, January 20, 2020 No comments:

The news media is to blame for dividing America, according to a new poll.

A Hill-HarrisX poll released Friday found that 75 percent of those polled believe how the media report the news further divides America politically, according to The Hill.

HarrisX polled 1,001 registered voters across the country and reported a margin of error of plus or minus 3.1 percentage points.

The poll found only seven percent of respondents said the media’s reporting has made the country less divided, while 17 percent said the media had no impact on the nation’s political division.

"Media in desperate need of narrative. Random mass-killers needed by CNN. Apply within."

Somber members of the press offered their thoughts and prayers that someone would start some violence at the gun rights rally in Virginia today.

Reporters expressed their grief and condolences as the violence they hyped has so far failed to materialize.

"Nobody has so much as fired a shot. This is an unbelievable tragedy," said one teary-eyed MSNBC reporter, clearly caught up in the anguish of the moment. "It's tragic that we live in a country where reporters who are just minding their own business trying to push a narrative can have everything ripped away from them in an instant when protesters.


More @ The Babylon Bee
Posted by Brock Townsend at Monday, January 20, 2020 No comments:

House Judiciary Committee ranking member Doug Collins, R-Ga., said Democrats are exposing their true contempt for the Constitution and the individual rights therein with how they are conducting the impeachment of President Trump.

In an interview airing Sunday at 8 p.m. ET on “Life, Liberty & Levin,” Collins said Trump was overtly denied the same due process afforded to every other American under the Constitution, adding that House Majority Leader Steny Hoyer, D-Md., made an alarming statement to that effect.

Mexico-Guatemala border: Migrants demanded legal passage into Mexico to reach US, something Mexican officials have refused


Probably the most popular article of 2019 in our Friday, “GunsAmerica This Week” email was the discovery of a new 12 gauge handgun from American Gun Craft. It’s called the Diablo.

Already the many of you who missed that article are saying, “What?! How can you legally make a 12 gauge pistol?” Well, this one isn’t only a pistol, it also requires no FFL, and can be mailed straight to your door.

What Is Subsonic Ammo? There are a variety of reasons subsonic ammunition is growing in popularity, and reduced noise is only one of them. Many enthusiasts have discovered improved accuracy with loads that don’t break the sound barrier, reduced recoil and faster follow-up shots. Membership among the nearly 2 million people in the United States who own a suppressor isn’t mandatory, either.

Physics explains the advantages, and compromises. It’s a subject that lends itself to lengthy scientific discussion, but we’ll spare you the pain with the principle abbreviated in practical terms.

A law enforcement source working at the gun rights rally in Richmond tells The Gateway Pundit that the police are estimating 25,000 people were in attendance.

More with pictures and videos @ The Gateway Pundit

Posted by Brock Townsend at Monday, January 20, 2020 No comments: 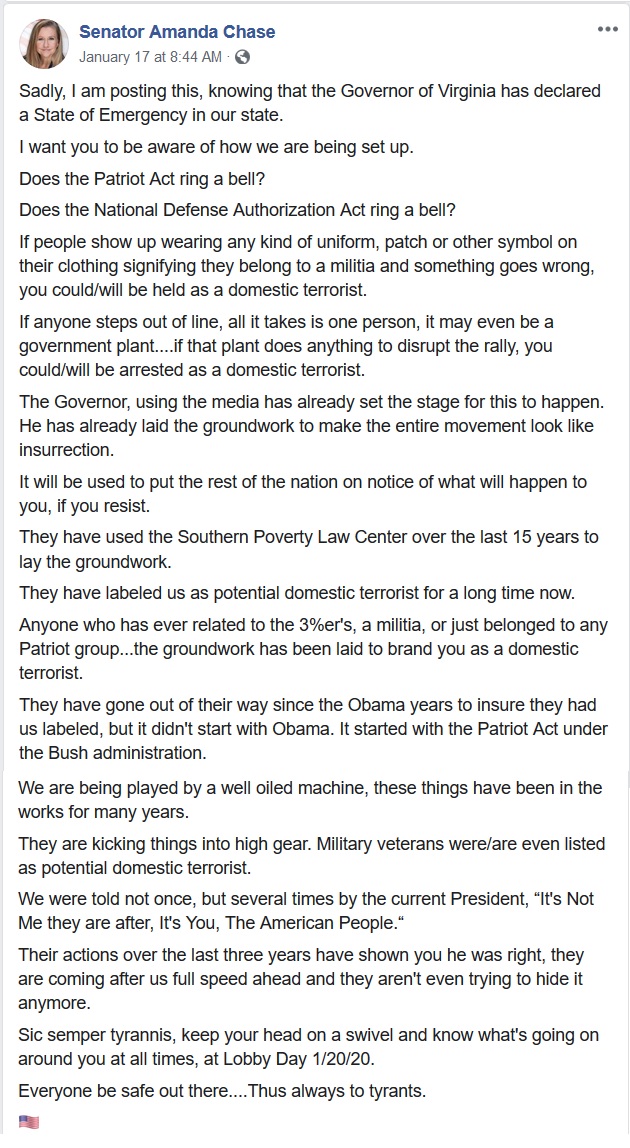 She called for him to resign effective 12:00 pm on Monday, January 20th–high noon on Lobby Day.