Rasmussen Poll: Trump’s Approval Rating at 53% (So as usual, the 45% hyped by the MSM is an unadulterated lie)

“Voters are more supportive of Trump’s first nominee to the U.S. Supreme Court than they were initially for either of President Obama’s choices,” Rasmussen said in another report, with 86 percent seeing Judge Neil Gorsuch’s confirmation by the U.S. Senate as likely.

A perfect reply by Trump
Posted by Brock Townsend at Tuesday, February 07, 2017 2 comments:

The violent uprising at UC Berkeley last week, sparked by Milo Yiannopoulos’s Freedom Center-sponsored speech on “sanctuary campuses,” could have been put down by authorities by enforcing existing federal law, but they didn’t act.

Berkeley Mayor Jesse Arreguin (D) seemed to green-light the riots, employing the twisted leftist logic of the radicals who turned the campus into a war zone.

“Using speech to silence marginalized communities and promote bigotry is unacceptable,” he tweeted, in a reference to Yiannopoulos. “Hate speech isn't welcome in our community.”

Hours into the rioting Wednesday no arrests had been made by the police. In all, only three arrests were made.

The Daily Californian, the Berkeley student newspaper, along with much of the media, downplayed the politically motivated violence. Of the three arrests, reporter Chantelle Lee wrote, “UCPD has arrested one suspect at the Milo Yiannopoulos protests Wednesday night and two suspects in an unrelated incident Thursday morning.” 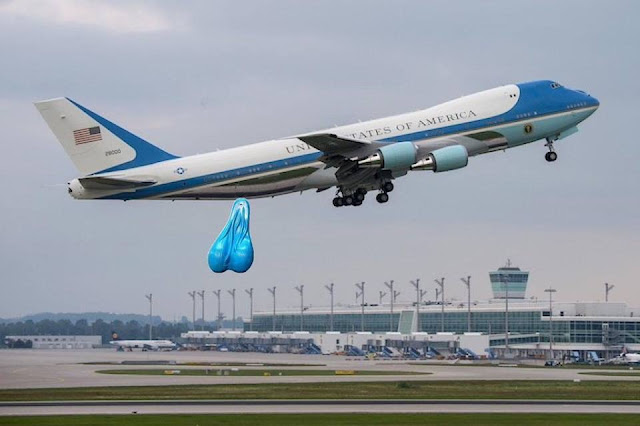 While the mainstream media and liberals across America are causing chaos and panic over President Trump’s so-called ‘Muslim Ban’ (it’s not a Muslim ban), the Congressional Research Service quietly released statistics on what the last five Presidents did in regards to limiting immigration.

As noted by the Conservative Review, the most important part of what the Congressional Research Service found was:

Over the years, Presidents have relied upon Section 212(f) to suspend or otherwise restrict the entry of individual aliens and classes of aliens, often (although not always) in conjunction with the imposition of financial sanctions upon these aliens. Among those so excluded have been aliens whose actions “threaten the peace, security, or stability of Libya”; officials of the North Korean government; and aliens responsible for “serious human rights violations.”
Neither the text of Section 212(f) nor the case law to date suggests any firm legal limits upon the President’s exercise of his authority to exclude aliens under this provision.

The results from the report show that since President Reagan, Democrat Presidents have limited immigration to specific groups of people far more than Republican Presidents have.
More @ The Gateway Pundit
Posted by Brock Townsend at Tuesday, February 07, 2017 No comments:

We have seen a bunch of “new” for the AR rifles in our lives. Most of it, by this point, is hardly that. But the booth for Unique ARs grabbed my attention from across the room. It’s not tactical. It’s not coyote tan. It’s not endorsed by counter-terrorism experts from across the realm. But it is totally freaking cool. It is a Trump-marked AR handguard. Yes, you can Trump your AR with Unique ARs’ help. It has “TRUMP” and “Make America Great Again” emblazoned along its length.

Posted by Brock Townsend at Tuesday, February 07, 2017 No comments:

HYPOCRITES: Top Obama Officials Join Fight Against TRUMP on Temporary Refugee Ban – Were Silent When Obama Did It

President Trump has not ever been in office for four weeks now.

These same hacks said nothing when Barack Obama banned all Iraqi refugees for six months in 2011.

George Foreman's Advice to President Trump: "You Must Step Forward and Fight!"


The two-time world heavyweight champion George Foreman gave president Donald Trump some advice on how to deal with an opponent Saturday when he was interviewed by Fox news.

Arguably the hardest hitting boxer in history, Forman paralleled President Trump's adversity to his own career.

"In something like this, you just have to fight.  You can't even worry about the audience," he said.

"When you're in the ring you don't listen to anything, you must step forward and fight.  Fight!"

He went on to describe the differences between winners and losers in life.

"Sometimes people win because they're winners," he said.  "Some people lose because they never thought they really would win."


“I have not called for the impeachment (of President Donald Trump) yet,” Rep. Maxine Waters (D-Calif.) told a news conference on Monday. “He’s doing it himself.” On Friday, Waters said she hoped Trump would not serve for four years: “And my greatest is to lead him right into impeachment.” On Monday, Waters clarified: “Let me just say the statement I made was a statement in response to questions and pleas that I am getting from many citizens across this country. What are we going to do?

Putin invaded Crimea – but it’s likely Waters couldn’t find it on a map.

Anti-Gun Senator Makes a Fool of Himself

President Donald Trump pointed the finger at Obama administration holdovers at the White House and National Security Council for leaking information about private phone conversations he had with leaders of Australia and Mexico.

“It’s a disgrace that they leaked because it’s very much against our country,” Trump told Fox News Sunday, accusing “Obama people” in civil service positions for the leaks. “It’s a very dangerous thing for this country,” he added noting that these individuals were still being sought out and replaced.

Trump described the media stories of what seemed to be contentious interactions between him and the two foreign leaders as misreported, and contended that he actually had “positive” conversations with both men.

Brazil swings to the right, setting the stage for a Trump-like leader In a big, multiethnic country built by immigrants and slaves, a septuagenarian white male leader is riding a right-wing backlash after an era of leftist rule. His much-younger spouse is a former model. His five-letter last name starts with a “T” — but it’s Temer, not Trump.

Temer, 76, is not a Brazilian version of Trump. He does not have a populist touch or a showman’s flair. He is a career politician and government insider at a time when both things are deeply unpopular in Brazil.


More @ The Washington Post
Posted by Brock Townsend at Tuesday, February 07, 2017 No comments: