The PC police have found a new target.  Not satisfied with monuments and flags, the Maryland general assembly recently voted to alter the lyrics to the official State song, James Ryder Randall’s “Maryland, My Maryland.”  Lincoln apologist Christian McWhirter penned a piece for Time magazine that labeled the song “dissident.”  This is true if using the standard definition of the word, opposition to official policy, especially that of an authoritarian state.  Anti-Hitler Germans were dissidents.  George Washington, Thomas Jefferson, Sam Adams, and the rest of the founding generation were dissidents.  Anti-Lenin and anti-Stalin Russians were dissidents.  Demonstrators at Tiananmen Square were dissidents.  It seems dissidents are those usually on the right side of history.  Obviously McWhirter disagrees.


More @ The Abbeville Institute
Posted by Brock Townsend at Saturday, June 01, 2019 No comments:


Attorney General William Barr says official statements about the origins of the Trump-Russia investigation “are just not jiving” with information he has learned during his short stint in office.

“I assumed I’d get answers when I went in and I have not gotten answers that are well satisfactory, and in fact probably have more questions,” Barr said in an interview with CBS News, adding that “some of the facts that … I’ve learned don’t hang together with the official explanations of what happened.”

“[T]here’s some questions that I think have to be answered, and I have a basis for feeling there has to be a review of this,” he told CBS.

How Stalin Hid Ukraine's Famine From the World 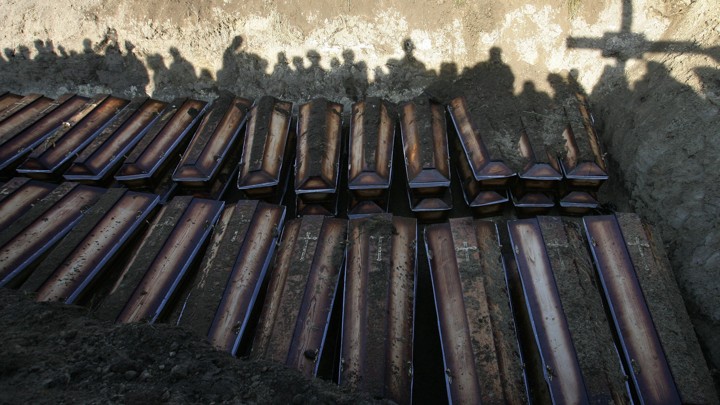 In the years 1932 and 1933, a catastrophic famine swept across the Soviet Union. It began in the chaos of collectivization, when millions of peasants were forced off their land and made to join state farms. It was then exacerbated, in the autumn of 1932, when the Soviet Politburo, the elite leadership of the Soviet Communist Party, took a series of decisions that deepened the famine in the Ukrainian countryside. Despite the shortages, the state demanded not just grain, but all available food. At the height of the crisis, organized teams of policemen and local Party activists, motivated by hunger, fear, and a decade of hateful propaganda, entered peasant households and took everything edible: potatoes, beets, squash, beans, peas, and farm animals. At the same time, a cordon was drawn around the Ukrainian republic to prevent escape. The result was a catastrophe: At least 5 million people perished of hunger all across the Soviet Union. Among them were nearly 4 million Ukrainians who died not because of neglect or crop failure, but because they had been deliberately deprived of food.