Ron Paul 1997: "Yes, we need gun control. We need to disarm our bureaucrats, then abolish the agencies."


Yes, we need gun control. We need to disarm our bureaucrats, then abolish the agencies. If government bureaucrats like guns that much, let them seek work with the NRA."

Then Congressman Ron Paul (R-TX) warned Congress and the American people against arming the Bureau of Land Management, the agency that surrounded the Bundy Ranch with more than 250 armed agents, including snipers a couple of weeks ago. Paul gave a passionate speech on the floor of the House in 1997 declaring the reasons that Americans fear a growing federal government, prompted by the Ruby Ridge and Waco attacks, as well as "many other episodes of an errant federal government."


More @ Freedom Outpost
Posted by Brock Townsend at Sunday, April 27, 2014 No comments: Links to this post

Two years ago, I wrote about academic fraud involving the department of African and Afro-American Studies at the University of North Carolina, Chapel Hill. The fraud extended to more than 50 different classes. It ranged from no-show professors to unauthorized grade changes for students.

Many of the students who took the bogus courses were members of the football or basketball team. Seeking to protect the image of its lucrative athletic programs and to avoid NCAA sanctions (which it has done), the University noted that the fraud was not limited to athletes and that the other students who enrolled in these courses also escaped having to do course work or, depending on the course, show up for class.

Sadly, there was some truth to the University’s “defense.” The corruption was at least as much about academics (an unaccountable department devoid of intellectual rigor) as about athletics.

But now the University’s athletic program indisputably is in the dock. Mary Willingham, the whistleblower who denounced the existence of the fake classes at UNC, alleges that a substantial percentage of the football and basketball players she worked with as an academic counselor could not read at anything close to a college level.

The University disputes this claim, as is its right. But it has also browbeaten Willingham to the point that she resigned.

The drought that has plagued most of Texas for the past several years is forcing municipalities to consider what some might think a radical solution to finding more drinking water.  The solution: recycling flushed toilet water into drinking water. Wichita Falls, Texas is now the latest city to take up consideration of the trending solution.

According to the Associated Press, Wichita Falls is so far behind on rainfall that city leaders have asked state regulators for permission to use treated waste water as drinking water.  The report cites Wichita Falls being nearly 34 inches behind in rainfall over the past three years, and the two lakes which the city relies on for water sources are at 26 percent capacity.

Posted by Brock Townsend at Sunday, April 27, 2014 No comments: Links to this post

Confederate heroes have their own medal of honor 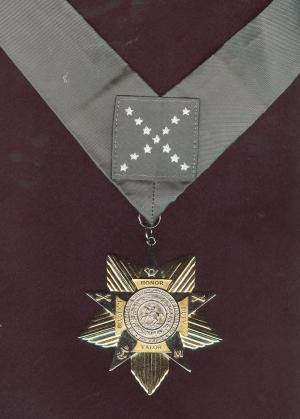 The Medal of Honor, created by Congress during the Civil War as America's highest military decoration for valor, was never meant for Americans who fought for the South. They were the enemy, after all.

But there's a Confederate Medal of Honor, little known yet highly prized, that the Sons of Confederate Veterans bestows on those whose bravery in battle can be proven to the private group's satisfaction.

The silver-and-bronze medal is a 10-pointed star bearing the Great Seal of the Confederate States and the words, "Honor. Duty. Valor. Devotion."

It has been awarded 50 times since 1977, most recently to Maj. James Breathed, a native Virginian buried in Hancock. He was honored last year for his bravery as an artillery officer in the 1864 Battle of Spotsylvania Courthouse in Virginia.

More @ The News & Advance
Posted by Brock Townsend at Sunday, April 27, 2014 6 comments: Links to this post

A US soldier searches for his Vietnamese son 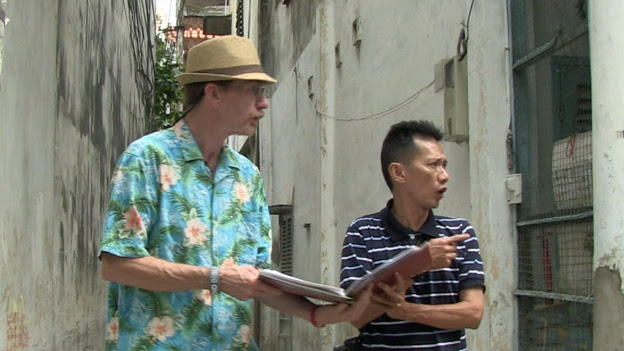 Thousands of children were fathered by American servicemen during the Vietnam war. Now in their 60s and 70s, some veterans are desperate to find the sons and daughters they have never known.

A tall, thin American wearing a straw hat wanders through the narrow streets of Ho Chi Minh City, clutching a photo album. At his side is a Vietnamese interpreter and fixer, Hung Phan, who has helped dozens of former American soldiers locate their long-lost children over the last 20 years. His latest client, the American under the straw hat, is Jerry Quinn. He has come to Vietnam to find his son.

"I know we lived at number 40," says Quinn, looking down the street for the house he used to share with his Vietnamese girlfriend. But there is no number 40.

A small crowd gathers. An elderly man, emerging from his house, explains that when the Vietcong entered Saigon in 1975, they didn't stop at changing the name of the city to Ho Chi Minh City - they also changed all the street names, and even the numbers.


Jerry Quinn is one of two million American soldiers sent to support the South Vietnamese army in the war against the North. During that conflict, it's thought about 100,000 children were born from relationships between local women and American soldiers. Those soldiers are now getting old, and some are guilt-ridden, or just curious to find out what happened to their children. A 32-year-old North Carolina woman is dead after slamming her car head-on into a truck while posting selfies and a Facebook update about how happy she was while listening to a Pharrell song.

The last words Sanford shared with her friends? ‘The happy song makes me HAPPY.’

Authorities said the post, visible only to her friends, was made at 8.33 a.m., the first 911 call received about the crash was one minute later.

‘In a matter of seconds, a life was over just so she could notify some friends that she was happy,’ a police spokesperson told WGHB.

More @ Daily Mail
Posted by Brock Townsend at Sunday, April 27, 2014 No comments: Links to this post

It’s Official: At Dartmouth, The Word ‘Fiesta’ Is Racist And White People Can’t Use It

Another ridiculous politically-correct brouhaha has broken out at Dartmouth College, America’s most hopelessly and disturbingly fragile Ivy League school

.This time, the fracas is over a fundraiser for cardiac care that the Phi Delta Alpha fraternity and the Alpha Phi sorority had planned to jointly sponsor, reports Campus Reform.

Problems arose because a single student, junior Daniela Hernandez, was offended by the party’s theme of “Phiesta.”

As a result, the soiree, which was scheduled for Saturday, has been canceled by the presidents of the respective Greek organizations.

Had the party happened, it would have included a live band as well as virgin piña coladas and strawberry daiquiris. There would also have been burritos, chips and salsa, and guacamole.

The cash raised at the event would have gone to benefit cardiac treatments.

However, Hernandez’s deep offense about racial insensitivity was enough to call it off.


More @ The Daily Caller
Posted by Brock Townsend at Sunday, April 27, 2014 6 comments: Links to this post

Linda Hartke, LIRS CEO: ‘We honor the gifts new Americans bring to the country.’ (and we get paid by US taxpayers to push that line!)

And, to top it off—you, the US taxpayer, most likely footed a large portion of the bill!

Take a minute and go to a post we wrote last spring (Don’t break our rice bowls! see their lavish Baltimore office building) about the Lutheran Immigration and Refugee Services (one of the nine major federal refugee contractors***) which was the ring leader of the event in Washington last week.  Out of approximately $31.5 million in annual income, $30 million is from government grants and contracts, in other words, from you.  Their CEO (photo below above) makes over $200,000 in salary and benefits.

I have it from a good source that the average Lutheran in America has no clue about what their leaders are doing.

Here is the story from Religion News Service:

Posted by Brock Townsend at Sunday, April 27, 2014 4 comments: Links to this post

A member of your Team has been captured - now what?

Your Team is out on a caper, delivering hearty doses of Fuck You and free back-fists to Commies down near the Piggly-Wiggly, where Red Team has HQ near the bread lines.  Red Team suddenly gets reinforced and your guys have to beat feet back to the bat cave.  With a head count you realize Bubba didn't make it.  One of your guys confirms Bubba didn't catch a face full of M4 bad luck, but he did get his arse knocked the F out and hog-tied in a Red Team van.

Bubba's a good ol' boy.  His wife is a peach and makes great cobbler.  His curtain-climbers are cute as hell.  Everyone likes Bubba.  Your Intel guys don't know where the Red Team executive conference room is located - the one with the torches and ballpeen hammers.  So a rescue isn't happening.

Bubba knows who you are, where you are, where your hidey-holes are at, who your informants are, and other sundry details.  WTF do you do?  Bubba won't talk.  Bubba's a good guy.  You've known him since grade school.  Your wife is his cousin.

Patriots, in this scenario it will be time for Hard Things and to recognize a few Hard Truths.  Bubba loves you as his brothers.  He is built like a bull and hates Commies.  Your Team compartmentalized, but Bubba is one of the guys who knows about more compartments than most.

Bubba is going to tell everything he knows.  You'd better count on it.

Posted by Brock Townsend at Sunday, April 27, 2014 2 comments: Links to this post 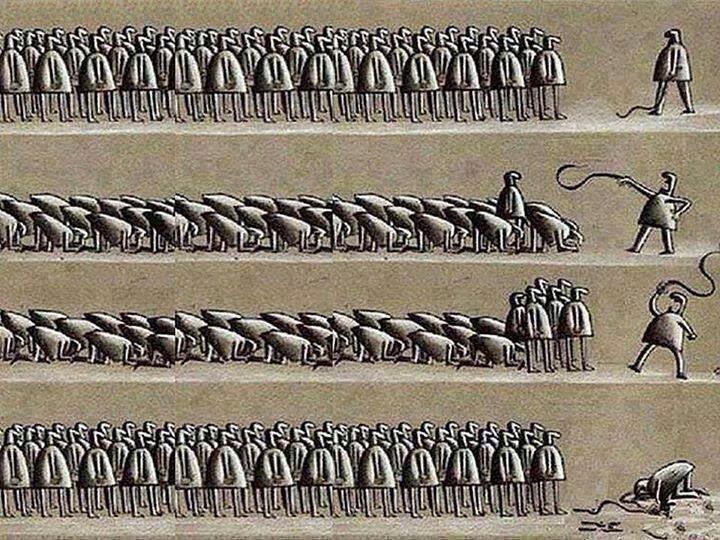 Liberty is not about Cliven Bundy, it never was. The support Bundy received was in direct proportion to his request for such help. I have nowhere else seen a rancher or land owner asking for the help of the patriot/liberty community. Nowhere else have I seen an aggrieved individual requesting the help of militias to defend their liberties. We are here, we are available.

This is a necessary step in the process.

There are those who still believe in the judicial system, in the concept of fair dealing with the feds. I suppose it is, to their traditional way of thinking, right and honorable to do so. Occasionally they are right. Luck cannot be discounted. However, dealing with the feds is a one-way street. The feds own the laws, the prosecutors, the justices and therefore the fate of the people embroiled in conflicts with them. There are few, if any, examples of the feds being served with orders from the court that they did not fight tooth and nail and even, ultimately, ignored to achieve their ends. All the while making those in conflict with their dictates abide by every utterance of the "officials."

To be a law-abiding citizen is utterly stupid.

Via The Lonely Libertarian

Posted by Brock Townsend at Sunday, April 27, 2014 6 comments: Links to this post