The Sixth US Colored Infantry was organized in Philadelphia, a city where black people could not ride on most streetcars. Though black recruits were usually denied bounties for enlisting, Pennsylvania was desperate for troops and offered a $10 bounty, and the city an additional $250 per recruit. It should be pointed out that only 43%of the Sixth were actually volunteers, while 31% were conscripted, and over 25% were substitutes for a $300 fee.  Few were residents of Pennsylvania and listed 23 States as their origin. In the forlorn attack described below, Company D of the Sixth lost eighty-seven percent of its men, the heaviest loss of any company in the Northern army.
Bernhard Thuersam, www.Circa1865.org

“On the morning of September 29 [1864], the Sixth finished their march and formed a line of battle. It held the left of the line, the Fourth Regiment forming up just to their right . . . the first signs of sunrise began to appear. The men could make out the enemy picket line falling back toward their entrenchments as they advanced. The field initially stretched downward toward the enemy, but the Confederates were well-positioned in the heights beyond . . . from which riflemen could pour devastating fire on any attack.

[General Benjamin] Butler personally addressed his black troops before the attack. Pointing toward the enemy he exhorted: “Those works must be taken by the weight of your column; not a shot must be fired.” They were not to stop to fire . . . to prevent it from happening they were ordered before the charge to remove the percussion caps from the locks of their rifles.

As they started down the field First Lieutenant John Johnson began excitedly to swing his sword in circles over his head . . . a Rebel bullet tore through the wrist of his sword arm. The rest of the regiment pressed on as the Texas Brigade poured murderous fire on them.

Rebel fire was bringing down many officers. [Colonel Samuel A.] Duncan was wounded four times . . . The smoke had grown so thick that no one could see more than a few feet ahead. [Colonel John] Ames said: “We must have more help, boys, before we [advance]. Fall back.”

So many bullets had ripped through the [regimental] flags that they had both been turned into mere strips of cloth.

The men started back, flags still flying to rally them. Companies C and F lost all their officers by the end of the assault, leaving the black non-commissioned officers or the men themselves to direct their safe return to friendly ground. Some companies began to withdraw in good order, others began rushing back in a complete rout.

General John Gregg’s Texas Brigade counterattacked, swarming out of their rifle pits onto both flanks . . . Many of the black troops were killed, while other threw down their weapons and surrendered. An uncomplimentary Texan described the black troops as being “hurled upon us, driven on by white leaders at the point of the sword.”

He continues to describe the heavy fire into the advancing infantry until, as he says, “They reel and fall by the scores; now they waver and now they run, and they go to the rear as fast as their – legs can carry them & the artillery opened with terrible slaughter.”

A Union officer then shouted the order to charge, but only those Union troops directly in front of the First Texas Regiment obeyed. They rushed the breastworks and in some places crossed them, and plunged into the Texas troops. But after less than three minutes of struggle all these attackers were casualties, half shot or bayoneted, and half taken prisoner.

Sergeants [Alexander] Kelly and [Thomas] Hawkins bore the two flags safely back from the field of battle in spite of wounds. For the heroism that they displayed in this battle, these two . . . would earn the Congressional Medal of Honor.”

What Are The Odds?

If you open the link below, you will hear birds chirping in the background and their cages are outside my door. 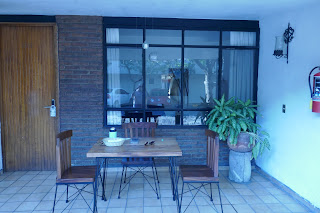 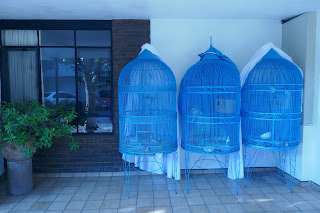 Hotel Isabel, established at the beginning of the “60’s” by the Manuel Paillaud family, originally from France, is a very pleasant, cozy, easy-going place, in a quiet setting with blooming gardens. Hotel Isabel guarantees you personalized service that will make you feel at home.

I went to Guadalajara, Mexico with my friend John to visit his wife's family and when he returned after five days I picked the hotel above from the countless ones in a city of 1.5 million. It turned out that Terri Paillaud, the wife of the owner was a life long benefactor as well as a volunteer at Ciuda le los Ninos (City of the Orphanage  Children) where John's wife Betty, worked for a number of years and her father worked for a good part of his life. They knew Miss Paillaud well.[Miss, guess that's the Southern in me. :) ]
Posted by Brock Townsend at Saturday, March 09, 2019 No comments:

Dreaming of the Day

Posted by Brock Townsend at Saturday, March 09, 2019 No comments:

CNN To Be Sued $250+ Million Over 'Vicious' Attacks On Nick Sandmann, Report Says

The lawyer representing Covington Catholic High School student Nick Sandmann told Fox News that they will likely sue CNN for more than $250 million over the false attacks the network launched against the teenager.
Posted by Brock Townsend at Saturday, March 09, 2019 4 comments:

The Brains Behind AOC Alexandria Ocasio-Cortez

Posted by Brock Townsend at Saturday, March 09, 2019 No comments: 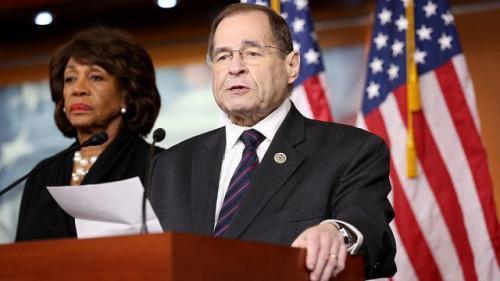 The examples he cites as crimes are legal presidential actions.

Well, we’re off on the march to impeachment, as we predicted last year even as Democrats said it wasn’t on their minds. With Chairman Jerry Nadler’s subpoena swarm from House Judiciary this week, and his assertions that President Trump obstructed justice, the articles of impeachment are apparently awaiting only the collection of the readily available details to fill in the blanks. 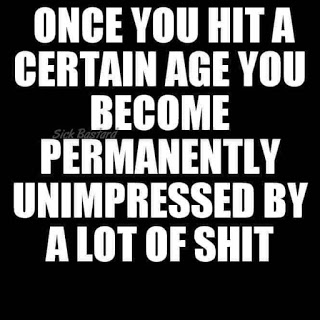 An Updated List of Military Units Deployed to the Southern Border

First reported by Military Times, U.S. Northern Command revealed on Tuesday which units are currently deployed to the U.S.- Mexico border in support of the U.S Department of Homeland Security. The active-duty units were deployed last fall in response to large caravans making their way through Central America and towards the American border.

Many of the units deployed to the border are engineers, military police, and transportation units. From the updated list that was released in November, a major difference is the increase in Marine Corps units.

In fact, the plan — which is known as “Cost Plus 50” — would require that U.S. allied nations not only pick up the full cost incurred by hosting U.S. military bases and troops, but also pay a 50 percent premium for the “privilege” of favorable status and security that come along with the U.S. military presence in their nations.

Almost since the start of his campaign for the White House, President Donald Trump has consistently noted that U.S. allies fail to pay their “fair share” of the tremendous costs incurred to American taxpayers by the numerous military bases and troop deployments maintained in strategic locations around the globe.

This, despite those allied nations deriving for themselves considerable security benefits from the presence of U.S. military bases and troops on their soil, which, admittedly, often serve U.S. strategic interests just as much as the security interests of those particular allies, if not more so in some cases.